No new snow for over a week means another trip to the backcountry for touring. We just did a mellow tour to Cowboy ridge today. The best skiing was Flute backside and Oboe backside down to the Singing Pass trail. Cowboy ridge itself was really wind and sun – affected. Flute Basin is a nightmare! What a melt-freeze gongshow. 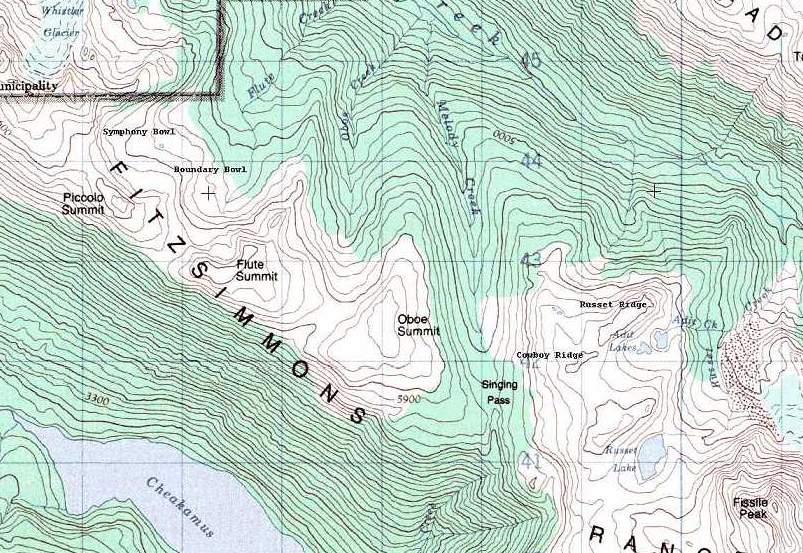 Did a quicky pit on Cowboy Ridge on NW aspect at about 1950m; 10 cms of mixed surface hoar and 4F snow; then 25cms of pencil bulletproof. Both layers bonded well; then the rest of the pack ~ 30cms was 1F snow. The crazy thing was on the wind-sheltered aspects of Oboe skinning through this champagne glass-like surface hoar. What interesting conditions they will be if we get a major dump.

Sharon found nice non-wind and sun-affected snow down some of the low-angle SE aspects terrain from Flute over to Oboe. 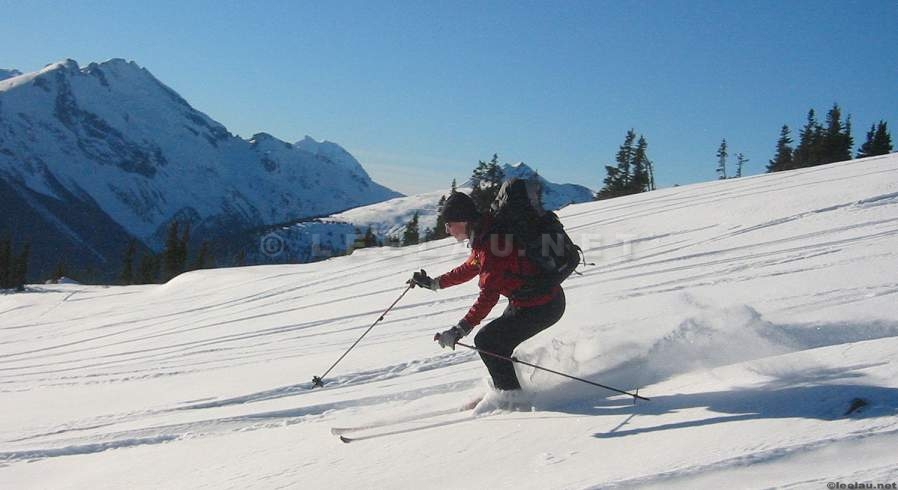 Then from Oboe to Singing Pass down some steeper stuff (28 to 30 degrees) on the same aspect the snow was still fine. Ski pen was about 10cms. Boot pen was about 30 as you’d sink right through facets as soon as you stepped off. 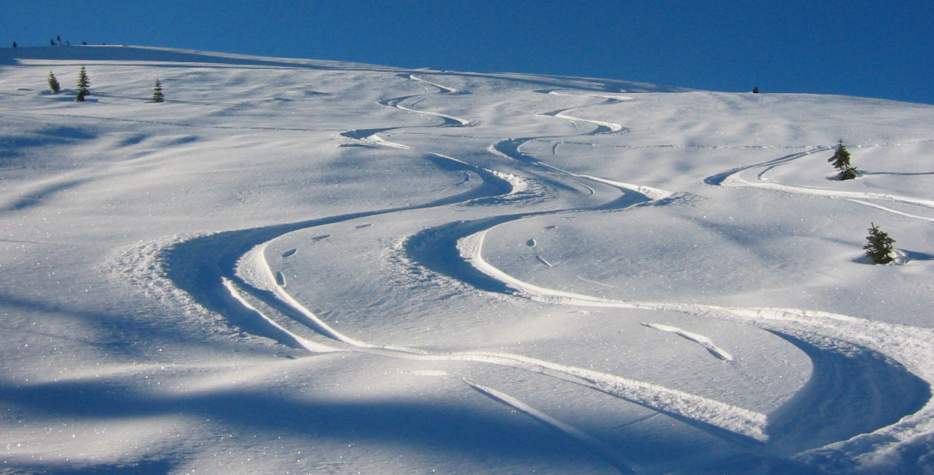 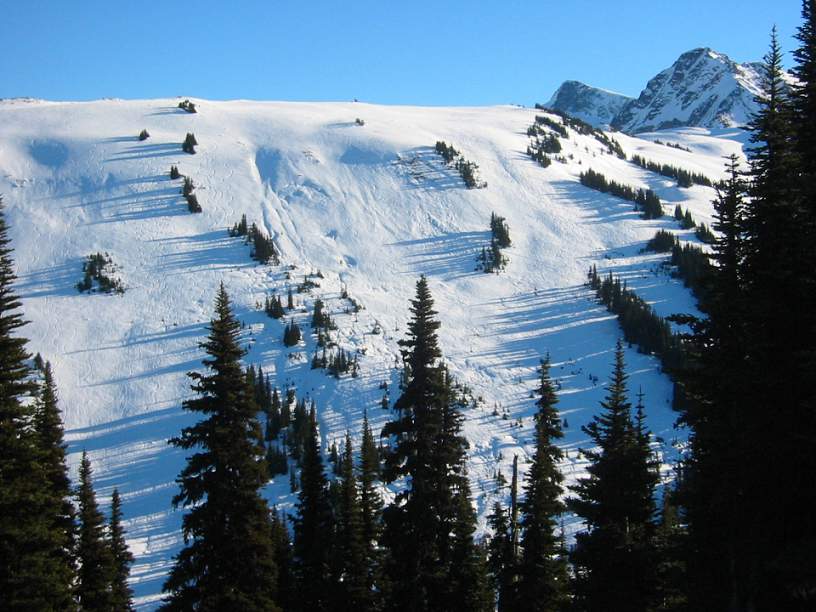 Checking out our planned tour of glaciers tomorrow I took this pano of the Spearhead Traverse from Cowboy Ridge. We got up there at a little after noon and mellowed out in the sun.

Cowboy Ridge’s snow wasn’t as good as Oboe. The west aspects were sun-affected slab. The NW aspects were wind-affected slab from the northerlies coming in from the artic outflow; so it wasn’t pretty. Since I’d dragged my Kneissl Tankers over here I figured I’d let them run and see how they would handle slab and crud. The top part of Cowboy Ridge was fine skiing; boot-top powder with a bit of breakable crust. 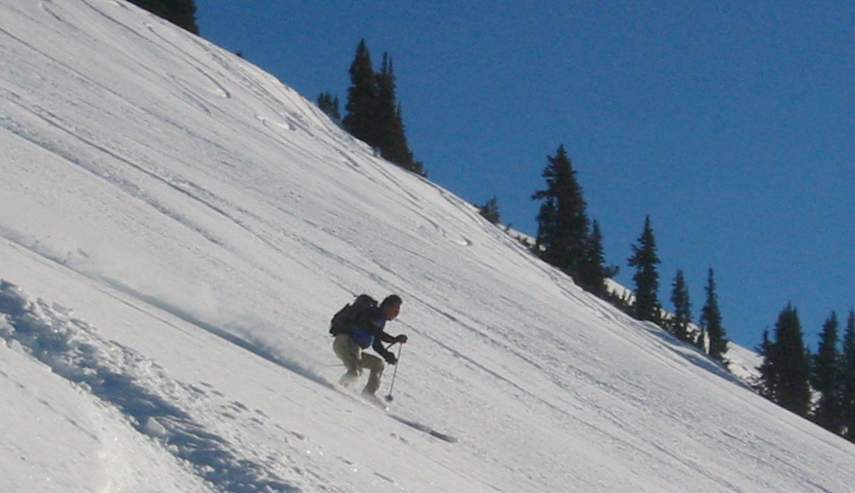 But the snow got a little trickier at the bottom and as I was hauling ass; a snow-snake reached out and bit me.

As I was going at about 50 klicks one ski forward and another ski 180 degrees the thought crossed my mind that I might be able to pull it back together – then I thought about my knees and thought better of it and splat!!! After picking myself up we headed back over Oboe, got some more turns; then headed back to Flute and to the resort – where the groomers were as icy as expected. Being a mellow day we clocked about 900m/ 3100 ft of ascending at an avg rate of about 1000 ft/hour

This entry was posted in 2005, ski and tagged cowboy ridge, Whistler Backcountry. Bookmark the permalink.