Another day of hooky from work as John talks 3 of us into heading up to Whistler for freshies. As with the last time we skied on the Bumps (just a few days ago) there really wasn’t that much new snow. However, it was now quite a bit colder with an artic low sending cold air and snow even into Vancouver. By 10 am we were looking down into Boundary Bowl for our first runs. 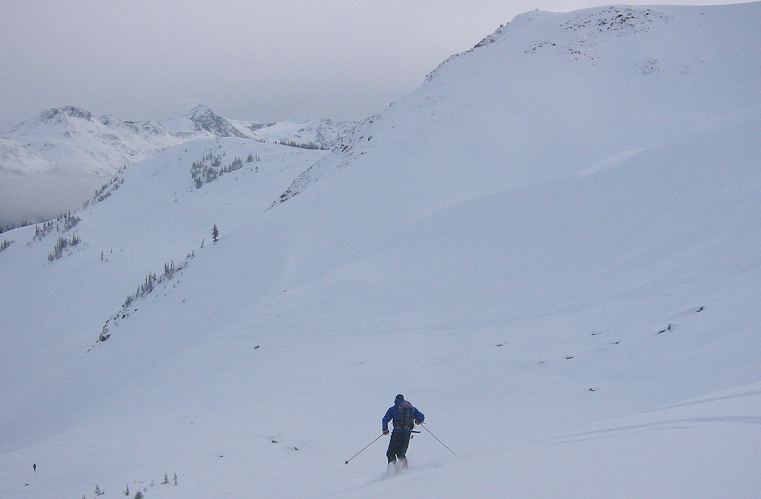 After Boundary Bowl, we head up Lesser Flute and drop into Flute Shoulder off the backside chutes. Here’s Jim dropping in to what turned out to be rock-infested chute. 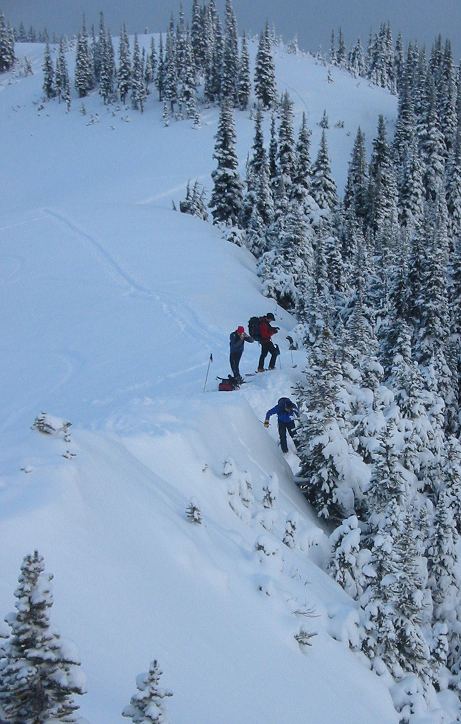 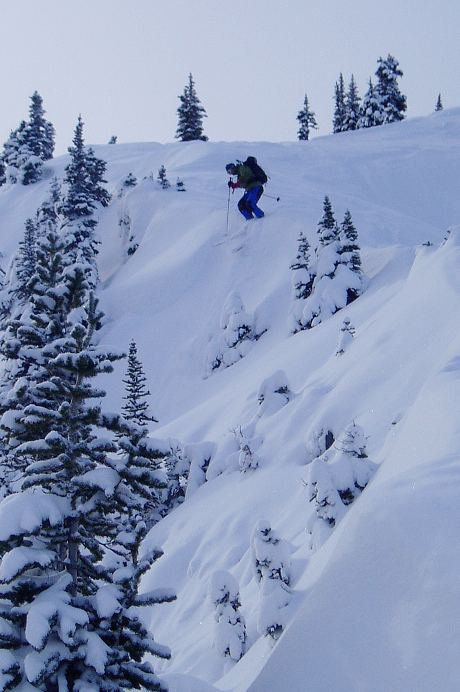 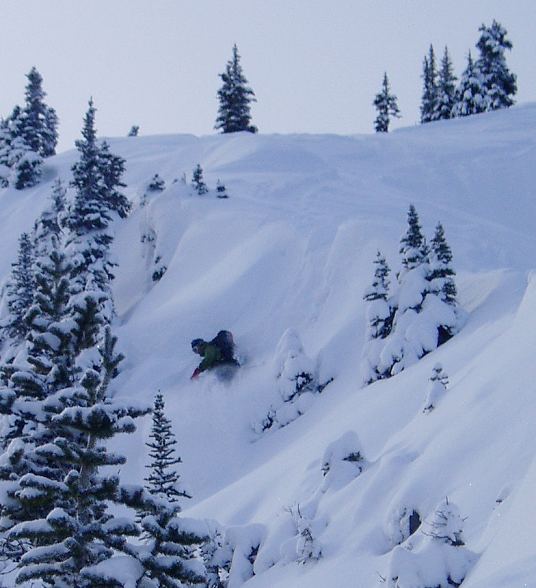 But the snow is all we expect it to be. Light for Pacific North West – Jim makes some beautiful tele turns down Flute Shoulder heading down to upper Oboe Creek. 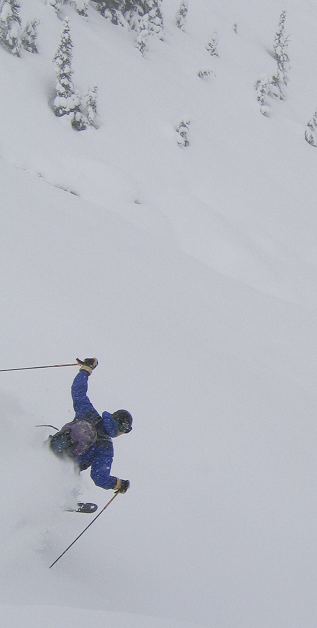 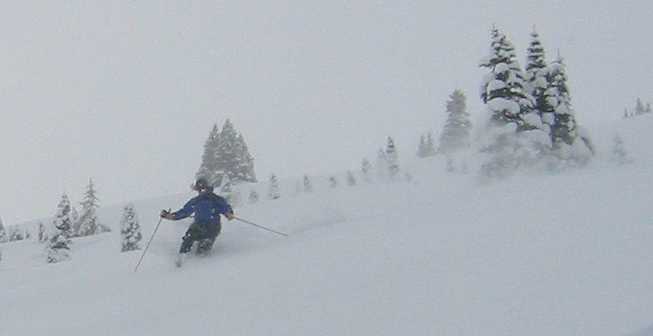 Jim again with the sun trying to peek through the clouds. The light really works well in this one.. 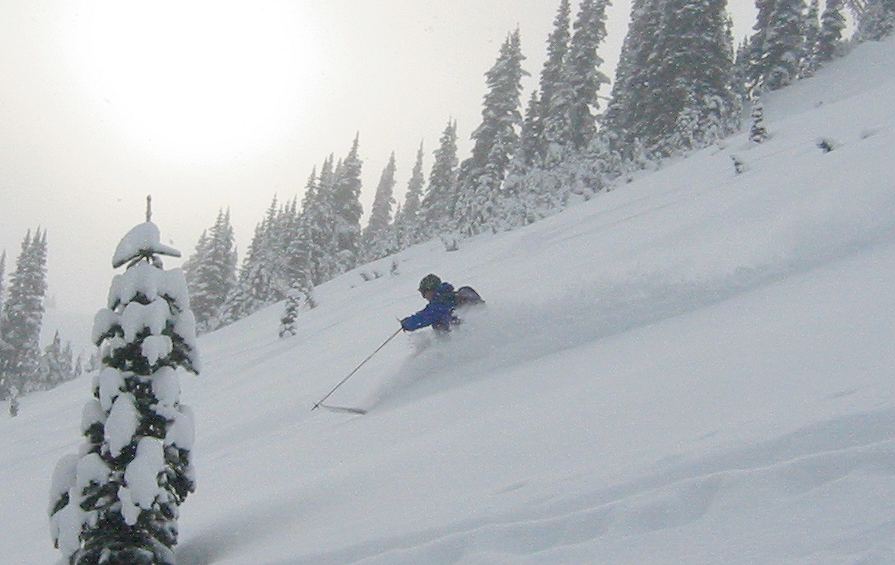 There were a few parties out today but still lots of fresh lines to be had. John and Nick make tandem turns down this incredibly stable snow. 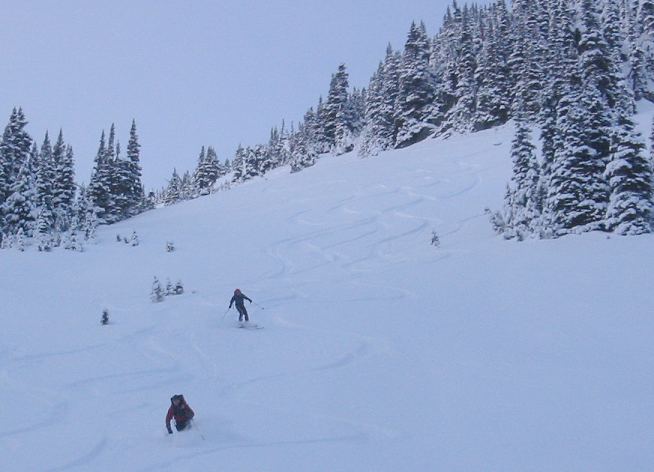 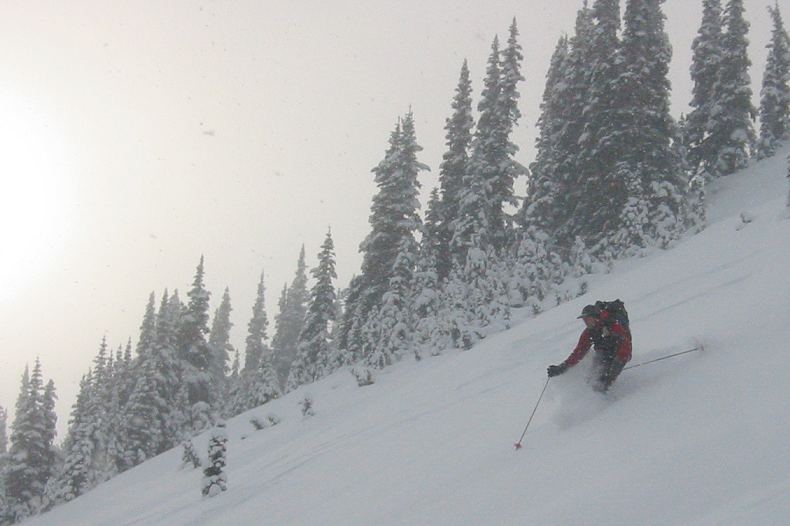 After scarfing some perfectly fine knee deep pow on Flute we head off to Oboe’s north facing slopes and hope that the sun manages to hold. Group shot looks down to Flute Shoulder (L to R: John, Jim and Nick); our line was to looker’s right of the lone stand of trees in the middle of the picture.. 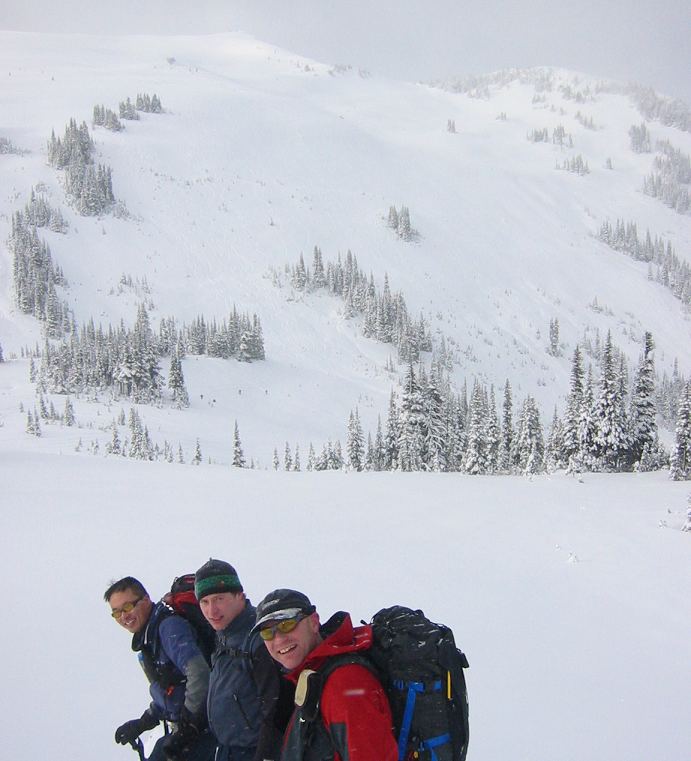 If anything the lines down Oboe are just as sweet. Honestly it would have been hard to find lousy snow today. Nick rooster-tails down to Oboe Creek. 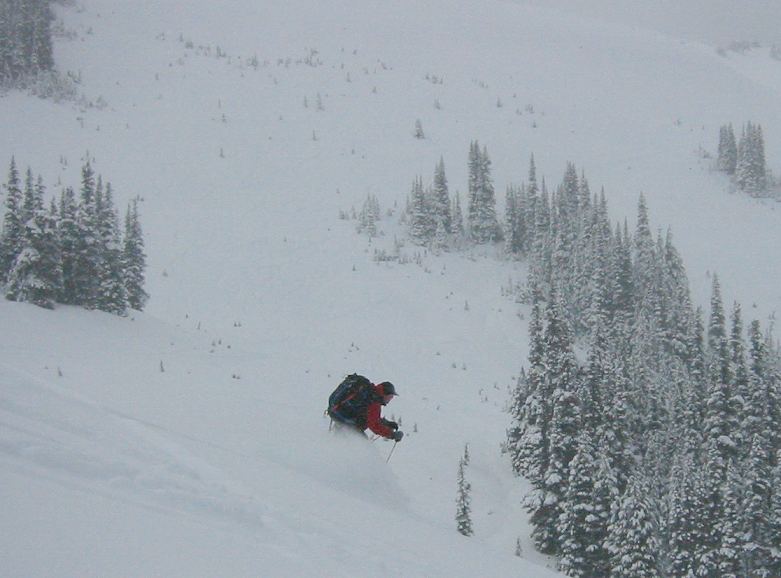 From Oboe Creek we make our way back to the saddle between the cornices overhanging Flute Bowl and Lesser Flute. 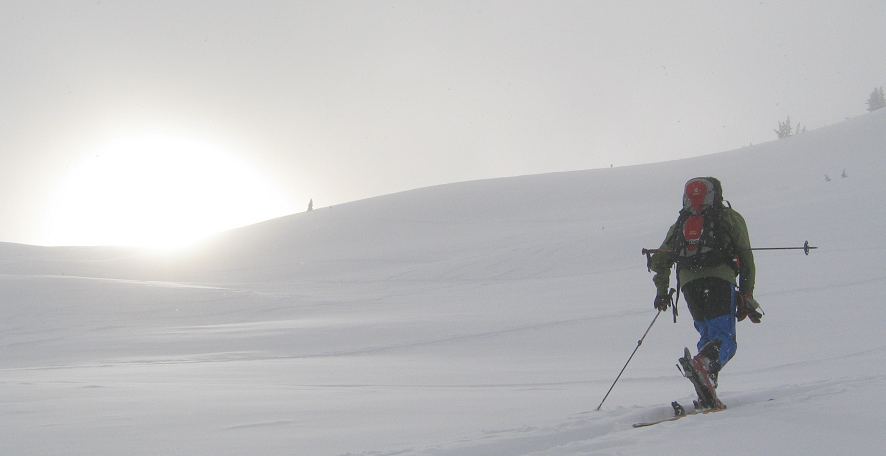 Pig’s Fancy has some debris from AC so we head back up over to Lesser Flute’s minor peak and drop into Boundary Bowl again. Here’s John with the Flute cornices in the backdrop. 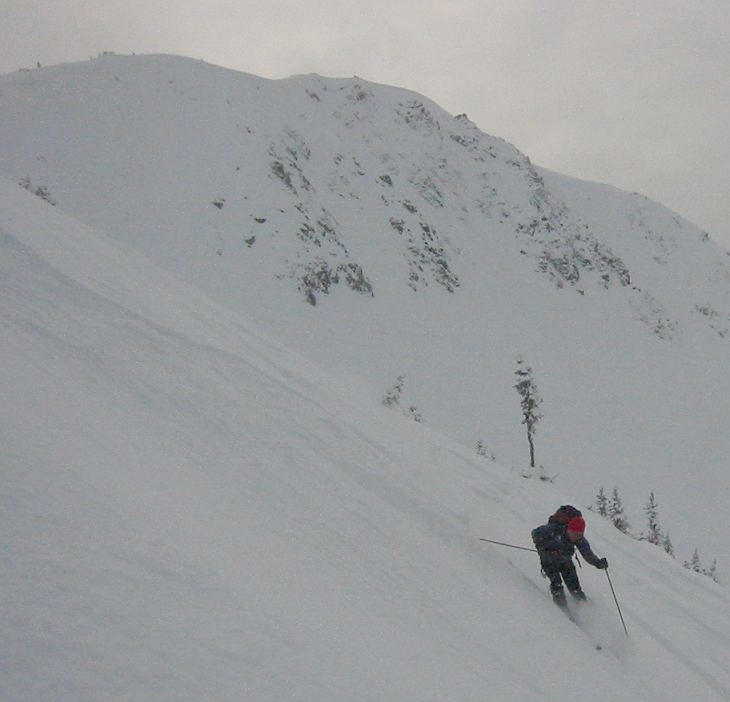 We end up yo-yo’ing the slope once more and finish up with 1230m of ascending over the day. It was a fun group with which to ski; we had lots of momentum and were well – matched in speed. Here’s a chart of the effort put in today; using Kneissl Tankers with nylon synthetic skins ascending at a rate of approx 1500 ft/hour; alternating breaking trail and following established post-hole skin tracks. My heart rate averaged 165-170.

This entry was posted in 2005, ski and tagged flute, oboe, Whistler Backcountry. Bookmark the permalink.