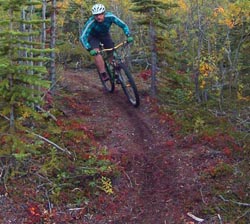 We arrived in Whitehorse at about 5:00 after leaving Skagway and Haines at 11am; turns out that its a short but incredibly scenic route. Since it’s light so late here we were able to ride the new upper trail in the Mt. Mac area – Starbucks Revenge. Anthony and Alex spent about three years routing and building this trail. It’s great! The next two days we rode in Carcross, one day on the lower trails and the second day we rode ANOTHER new alpine trail – Macdonald Creek Trail. 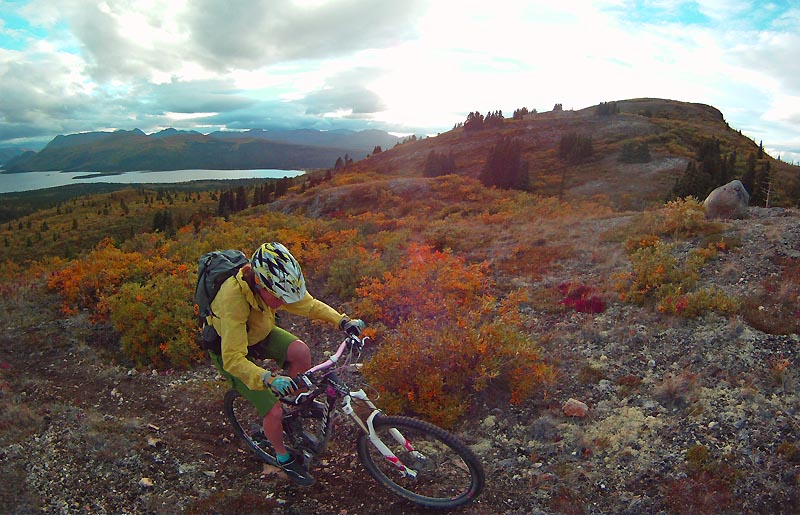 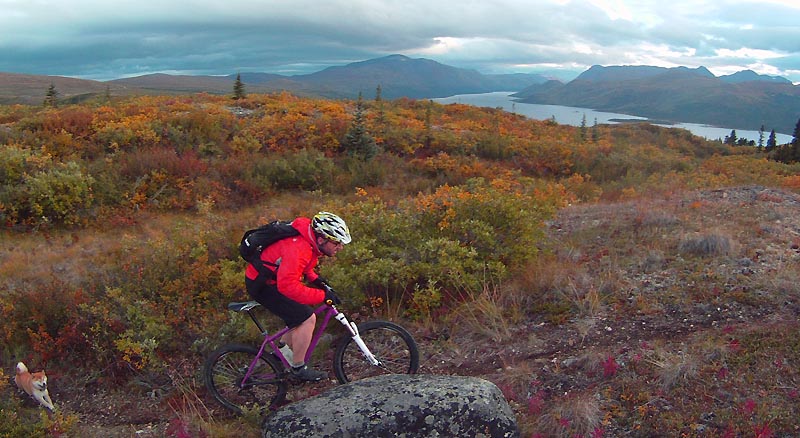 Alex, one of the builders and Don the dog on Starbucks Revenge. 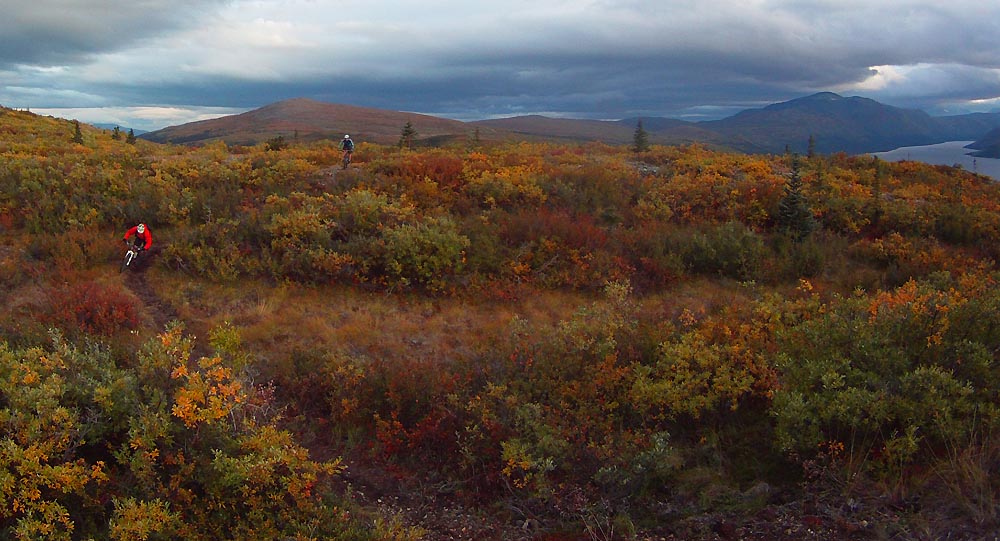 Alex and Tony on Starbucks Revenge 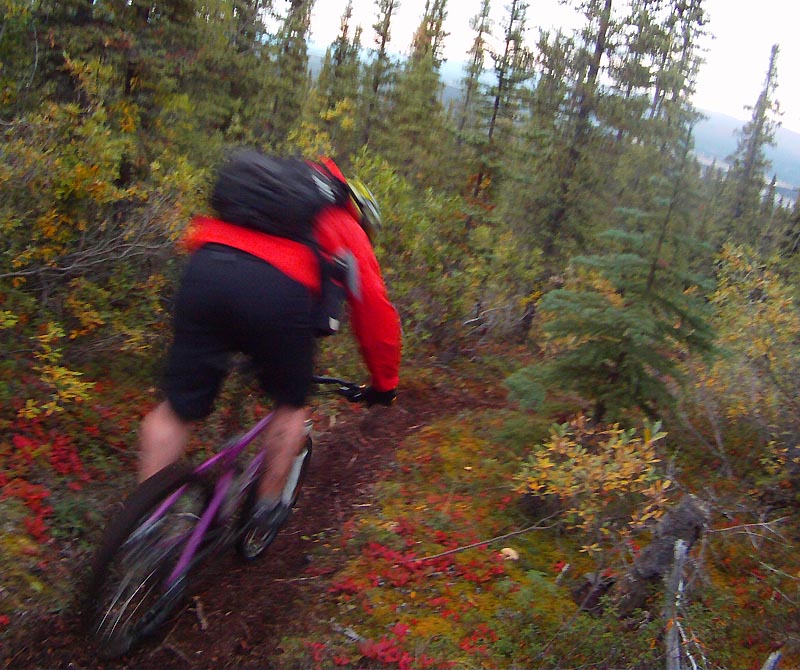 This is a 20 year old trail in Whitehorse…insane

The GoldRush Inn in Whitehorse provided much appreciated comfort and delightfully decorated accommodations in our stay. 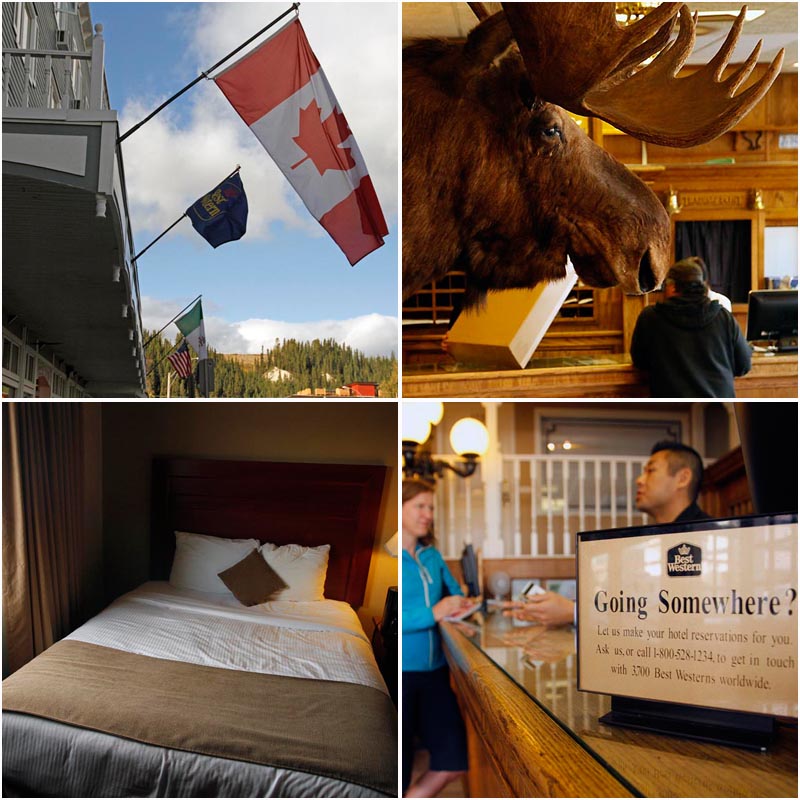 Carcross! Carcross is a town 40 minutes drive from Whitehorse. Its main industry is tourism; mostly from cruise ship traffic from the Skagway White Pine area and from outdoors recreationalists from the surrounding area drawn to Carcross’s lakes and mountains.

10 years ago in cooperation with Whitehorse locals the town and the CTFN (Carcross – Tagish First Nation), through the Singletrack to Success programme, slowly and painstakingly started developing a network of multi-use trails. Over the years mountainbikers have found out about Carcross’s insanely high quality of trails and have travelled there to ride. 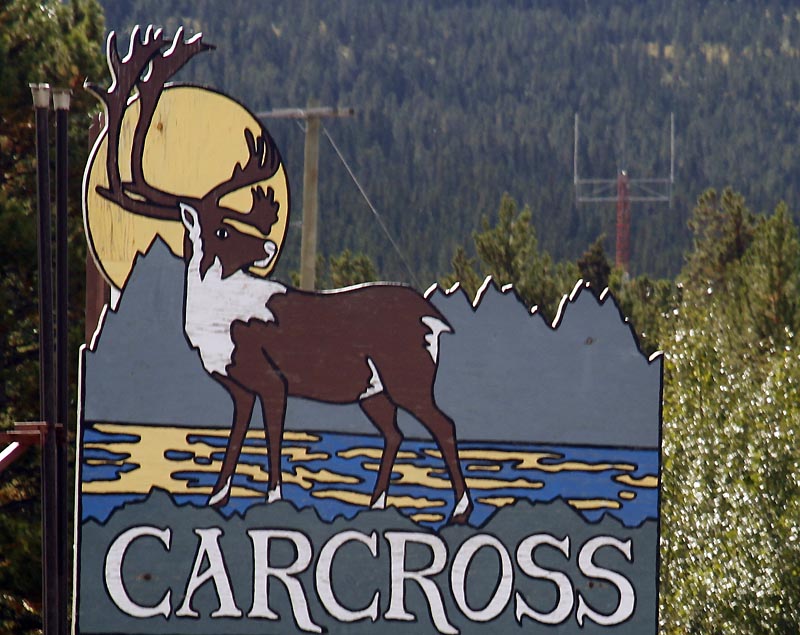 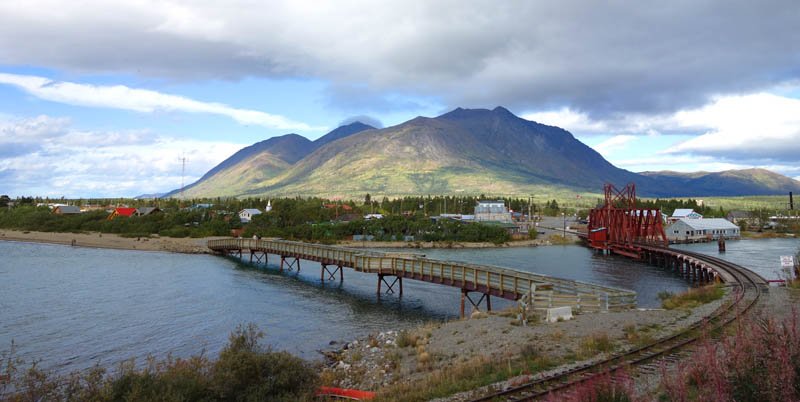 View from across the lake. 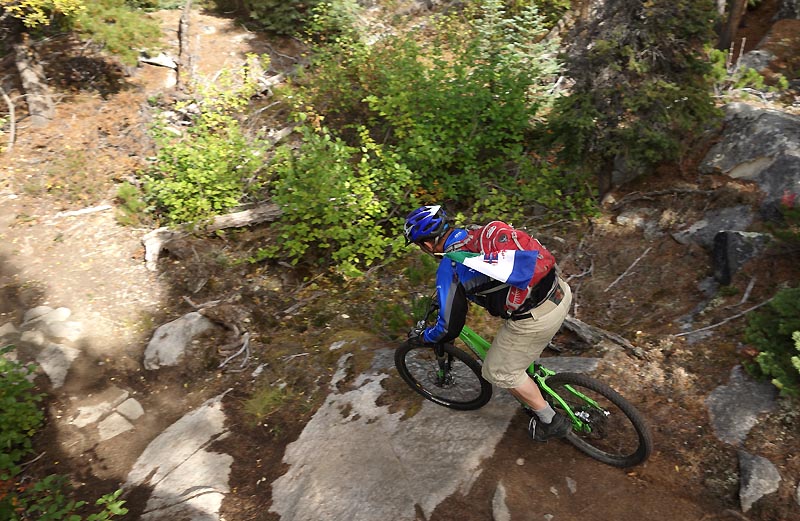 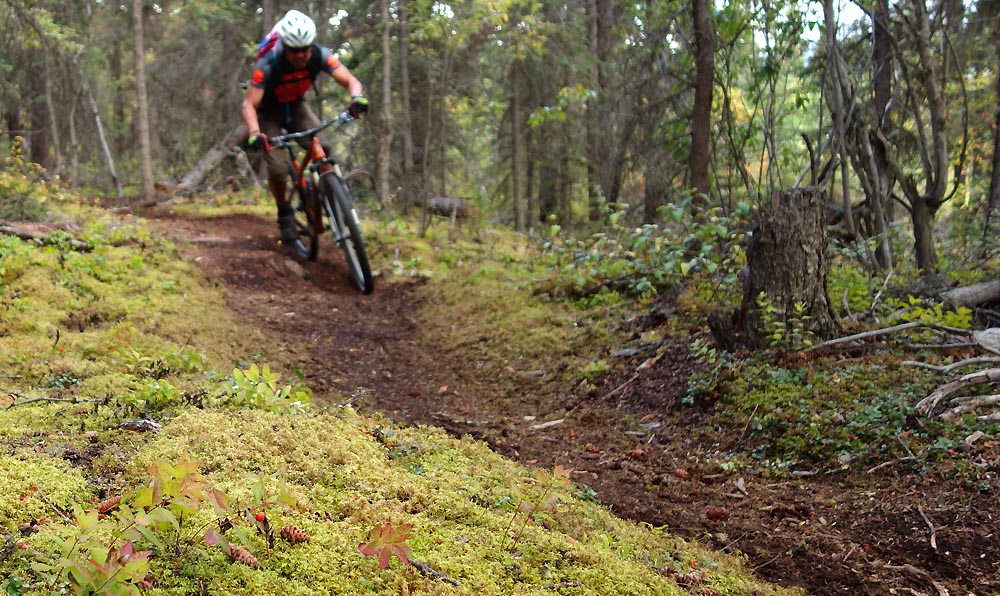 Lee on the Mossy Sam McGee 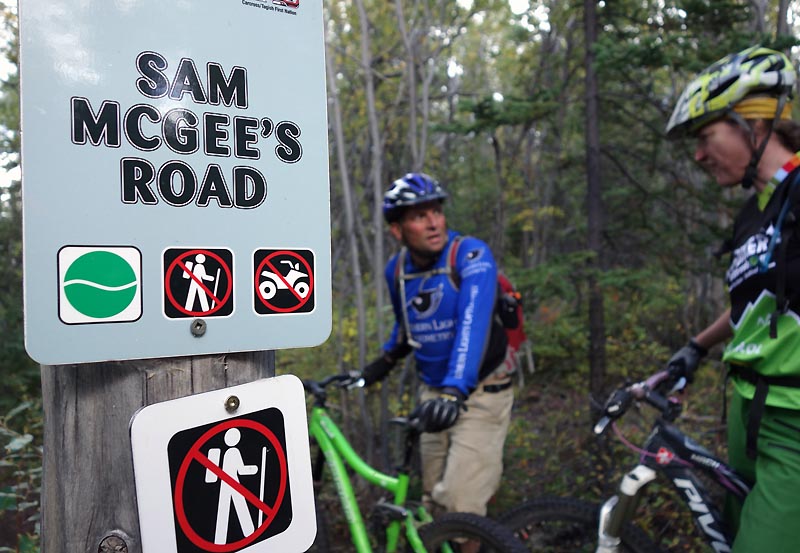 Incredible trail signage for such a small town! 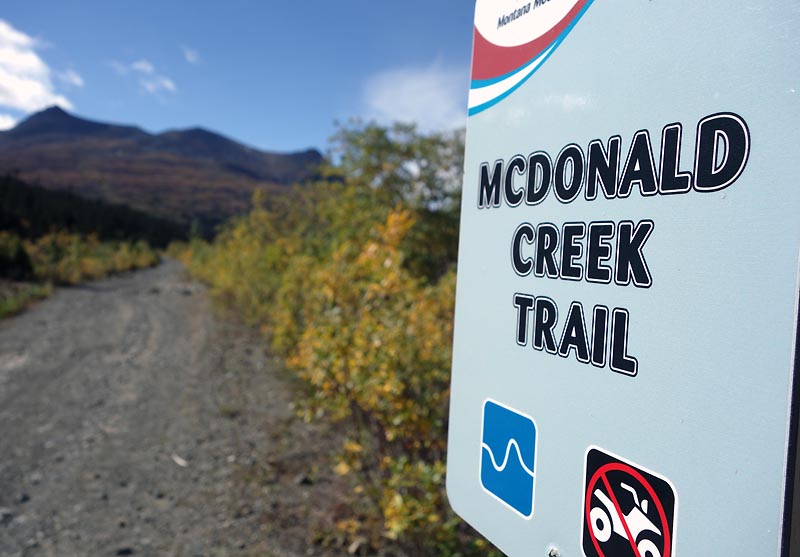 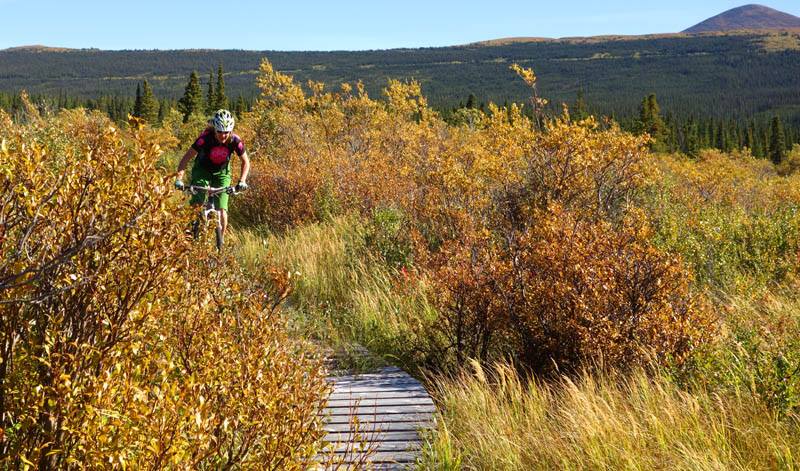 900ft bridge on a flat section of trail. 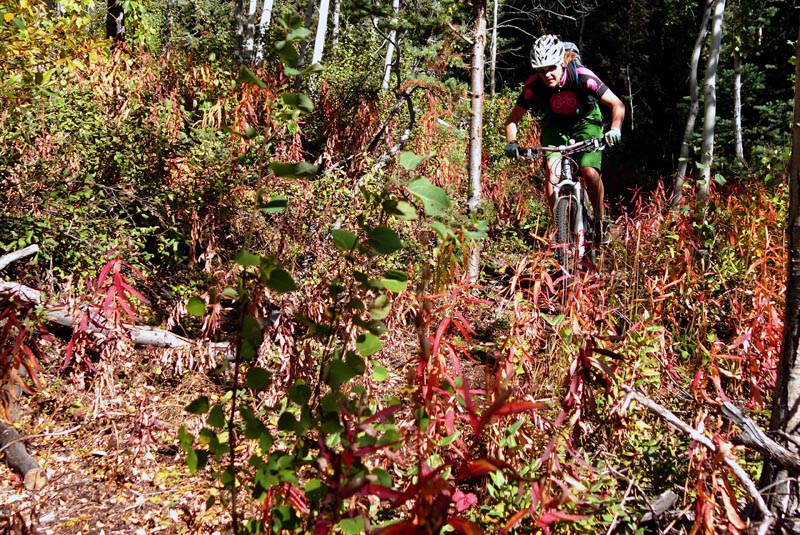 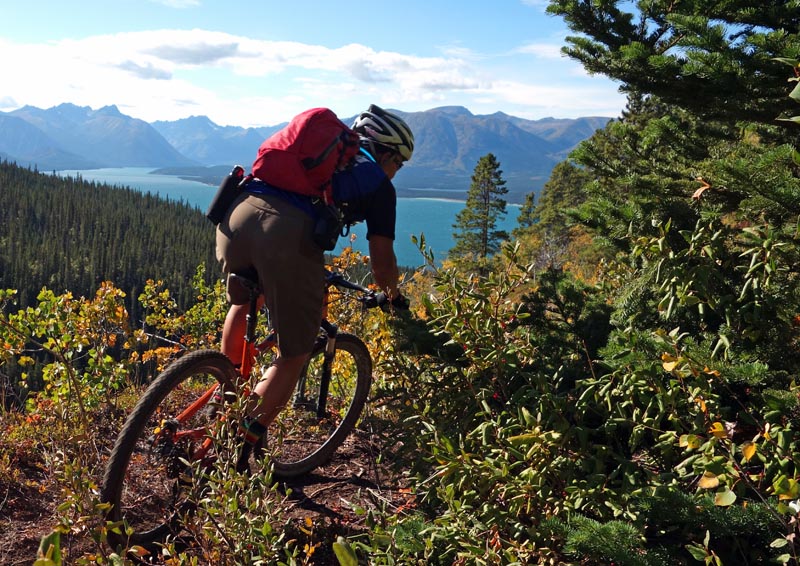 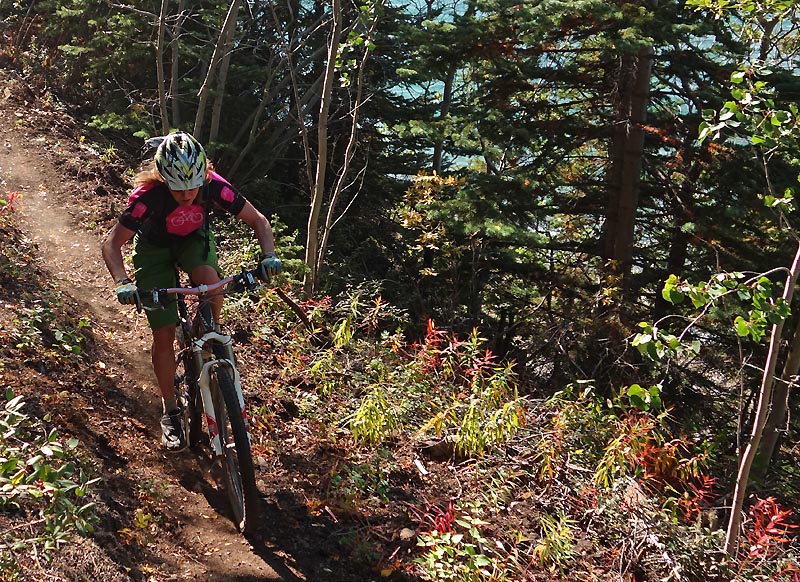 We return on the new traversing Waynes World trail instead of the railway tracks back to Carcross. It’s pretty long and XC so save some energy for this. 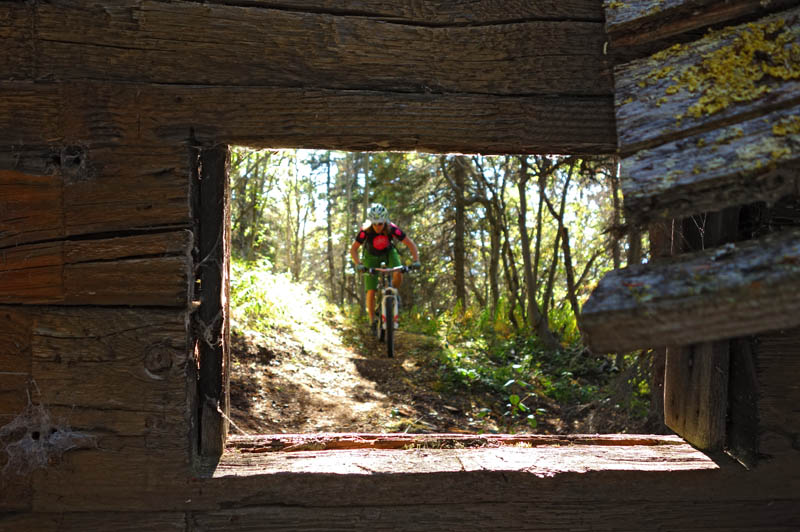 Relics of the past on Waynes World 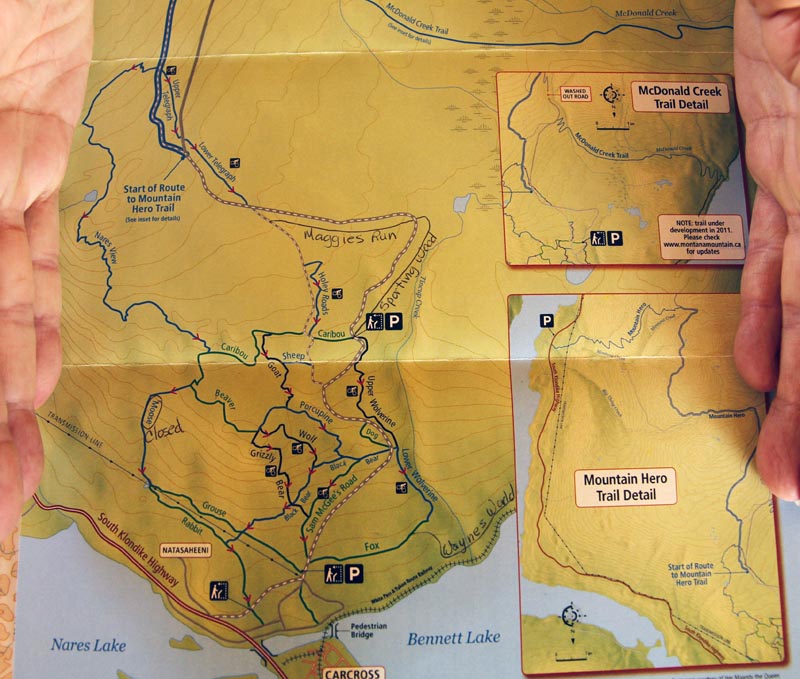 Trail map which you can get from the Visitor Centre

The trails on Mt McIntyre are built for all users. In the winter it’s a cross country ski area, in the summer a mountain bike area. We can all get along! 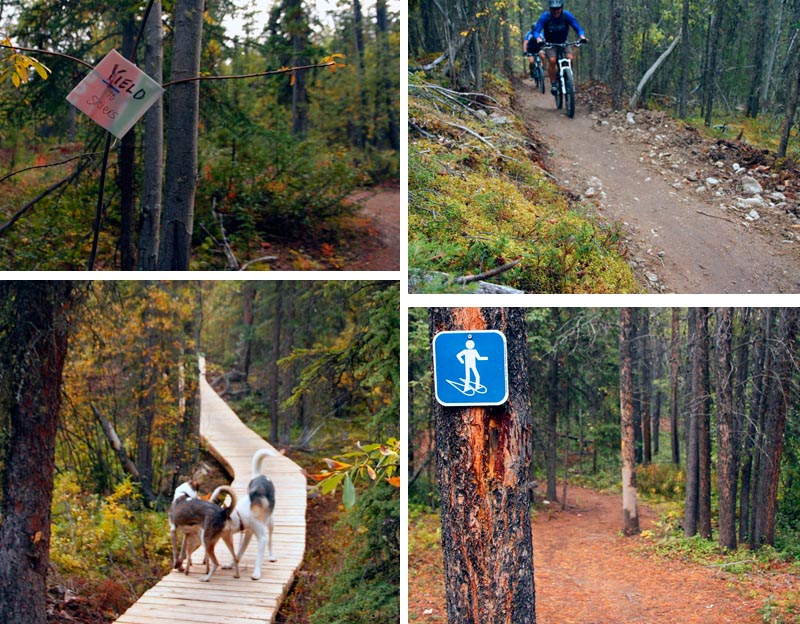 Multiple users enjoy these trails built and maintained for all. 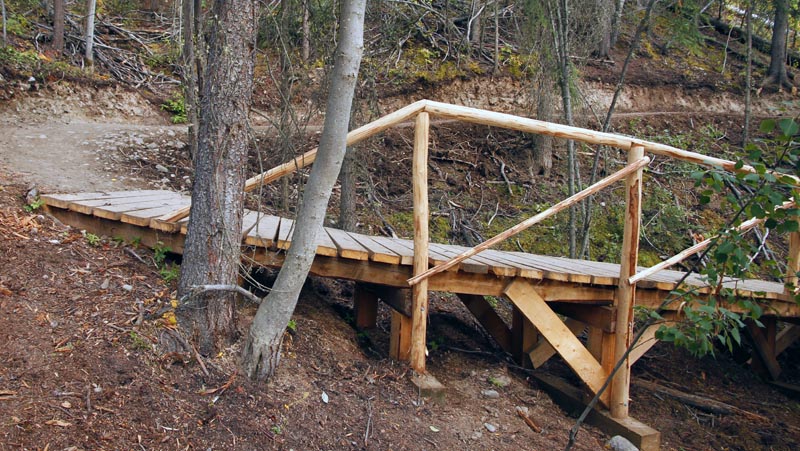 We then head South East back to Northern BC to check out some riding there.