With a bit of solar affecting the city’s snowpack and no new meaningful snow we decided to visit the Coquihalla. Strong NE outflow winds had potentially affected the pack so Zoa Peak, with it’s choices of treeskiing. seemed like it would be a good choice for skiing nice lines.

Grahame and Rob starting from the High Falls pull-out close to the highway. 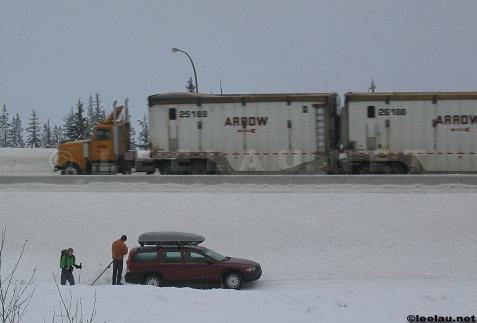 Breaking trail from the pipeline road to Zoa Ridge, we top out at about 1650m from the highways 1250m making for easy access. 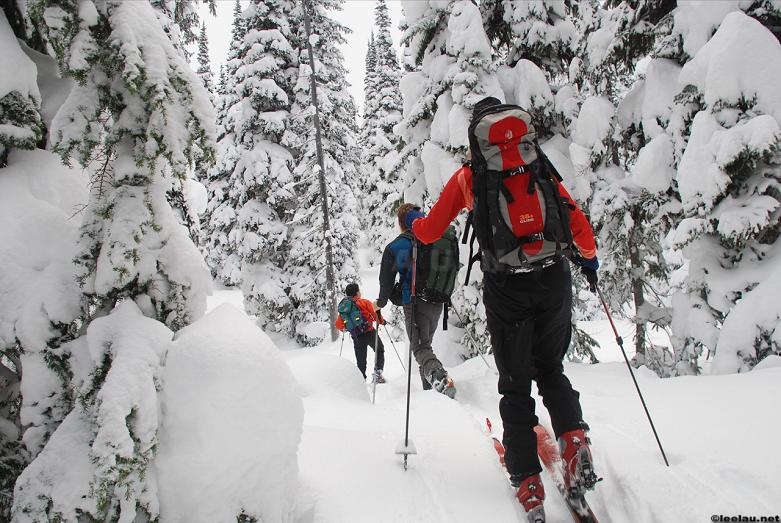 The first run was a bit wind-affected, picking the right aspect was very important – still Grahame managed to get engulfed.. 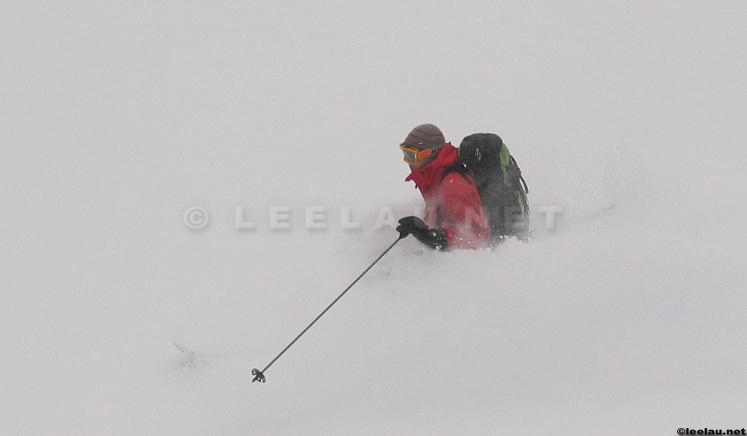 Zoa’s runs are short but sweet – it was cold and clear so the snow was Kootenay’s blower. 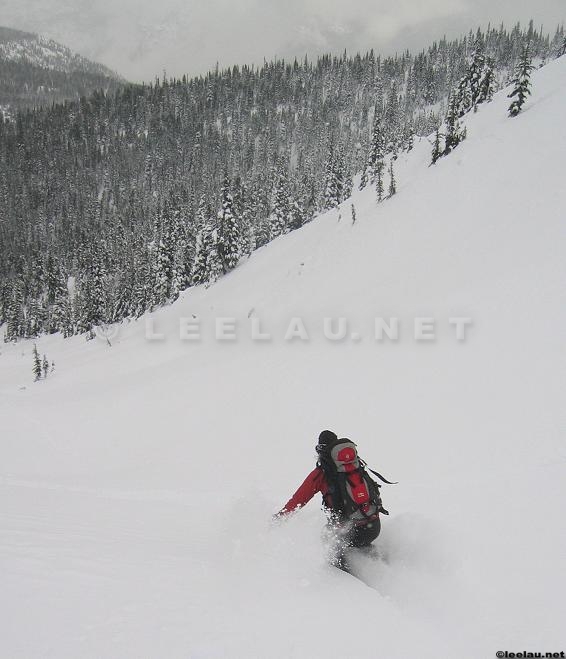 More ripping through the trees. There were two other parties up here this weekday but lots of room and faces to ski. 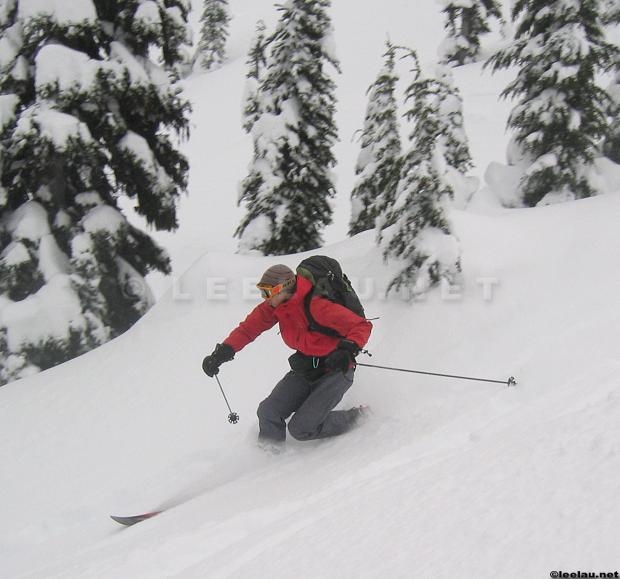 We closed out with a gorgeous slope filled with dry cold smoke that everyone had by-passed. I didn’t question why .. 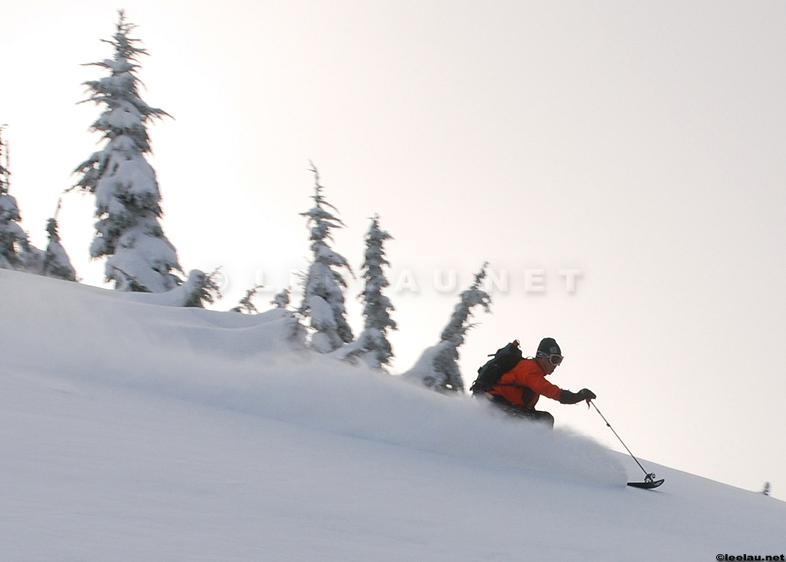 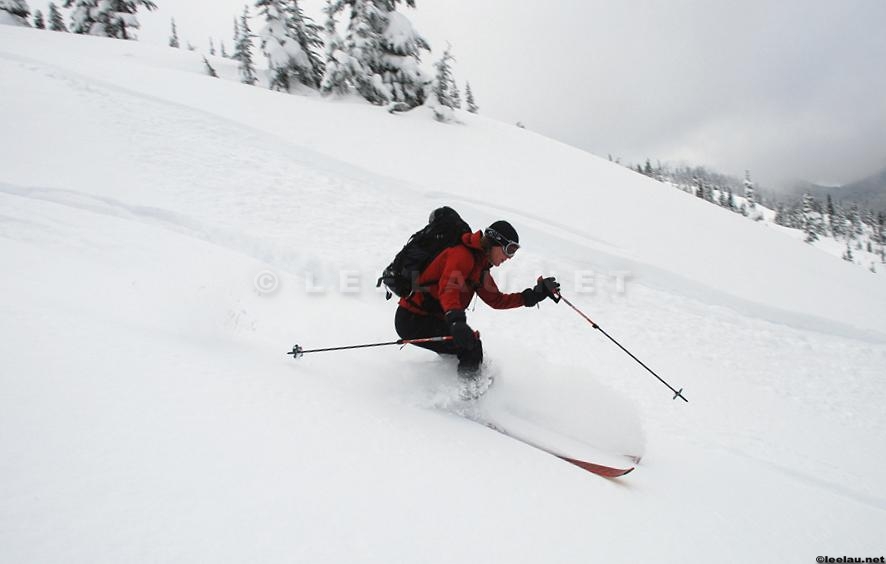 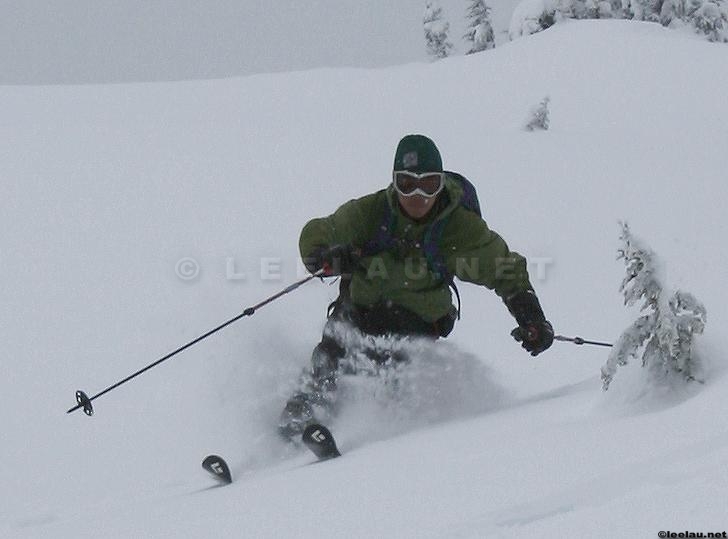 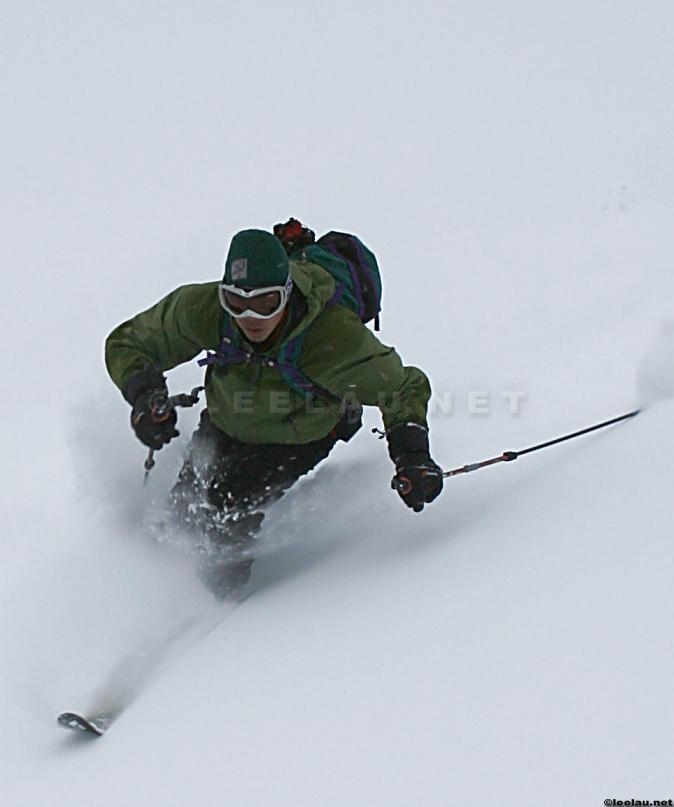 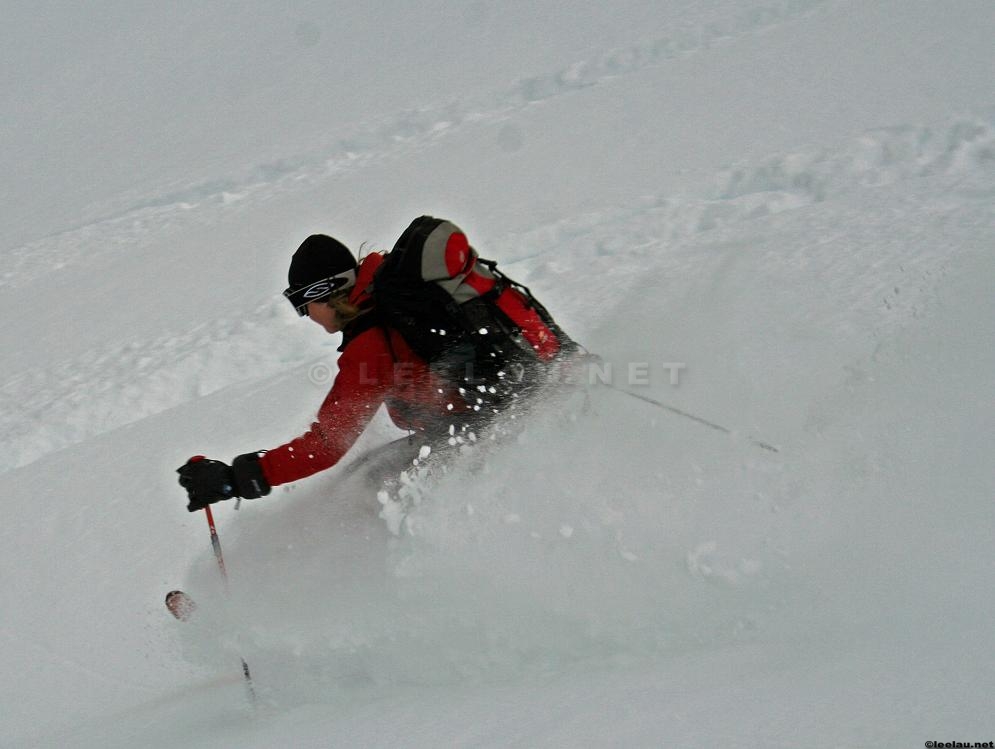 and finished by finding some meadows coming out through the trees to get back just as the skies started clearing up again. Great day. 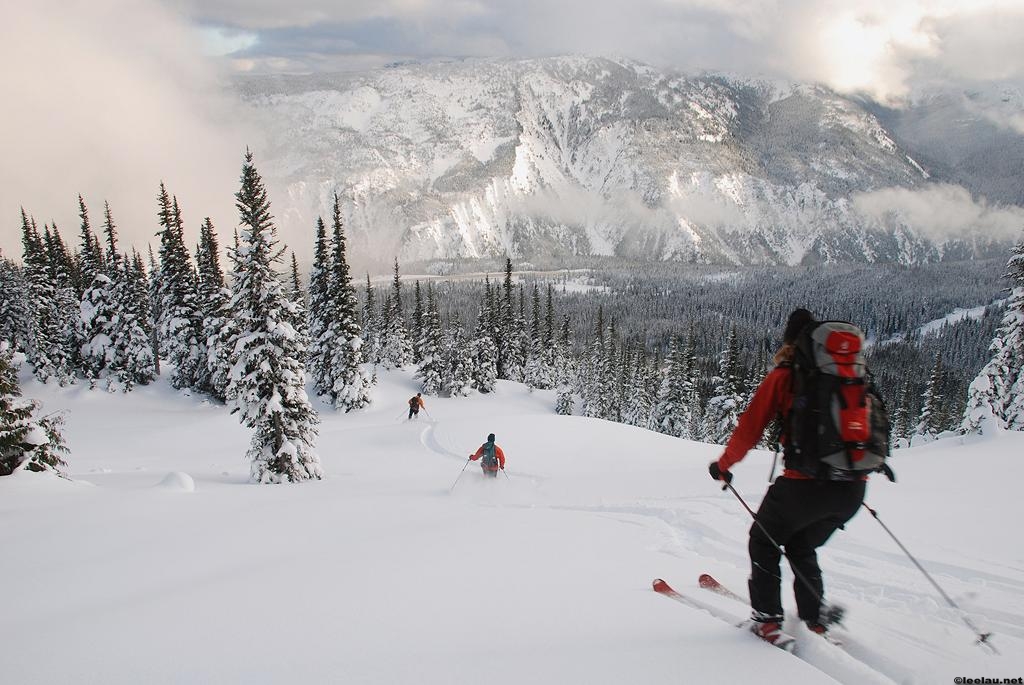 Map with access points. Park at the High Falls turnoff – plowed usually in winter and is the lot just after the Coq Summit sign and the last before the toll booths heading north on the Coquihalla. Further described in Baldwin book 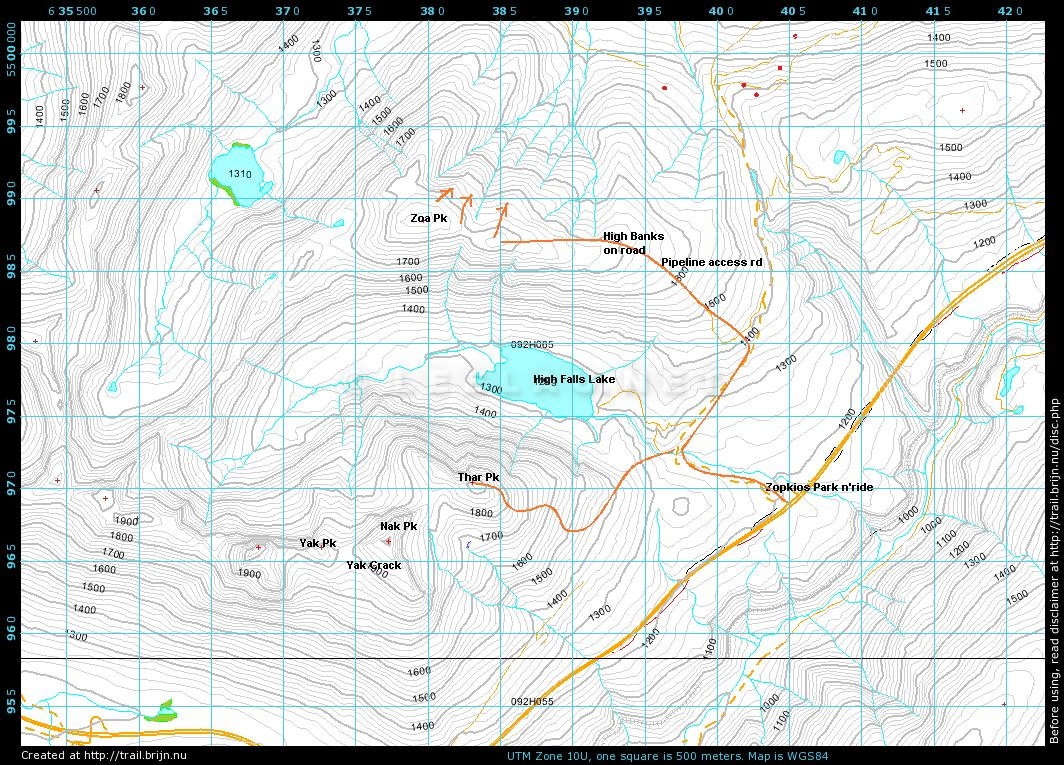 This entry was posted in 2006, ski and tagged coquihalla, zoa. Bookmark the permalink.