December at Whistler seems to be going out with a bang. 10 cms falls with astounding regularity and we’re out again inbounds then on Flute. Winds were high that day and visibility was low so pictures were few. Here’s Sharon working on her flexibility on Headwall. 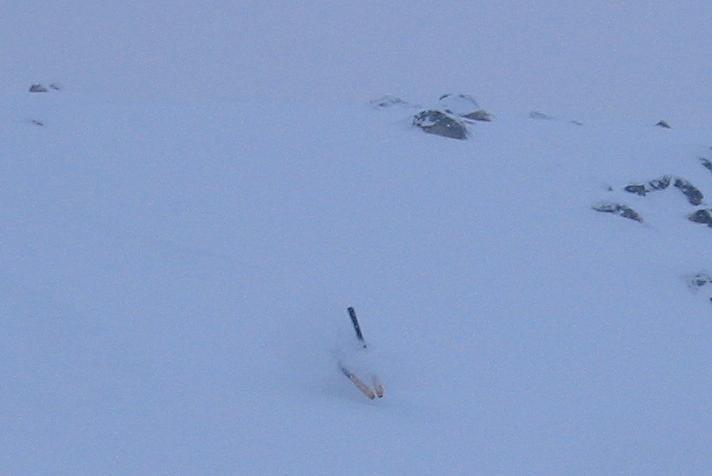 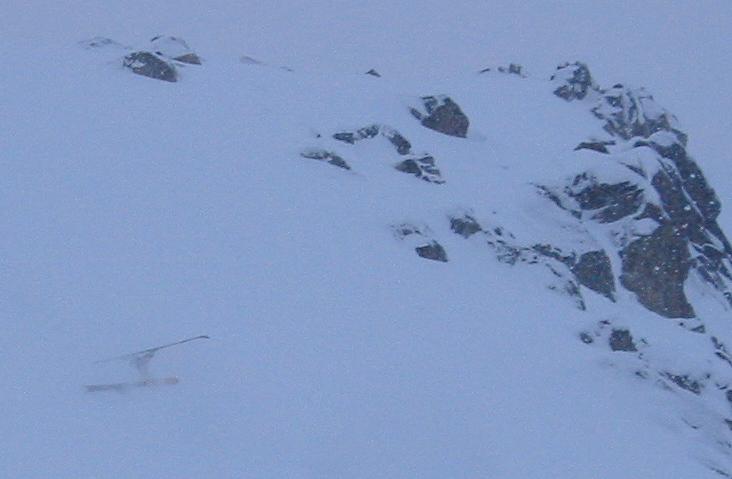 She’s none the worse for wear. 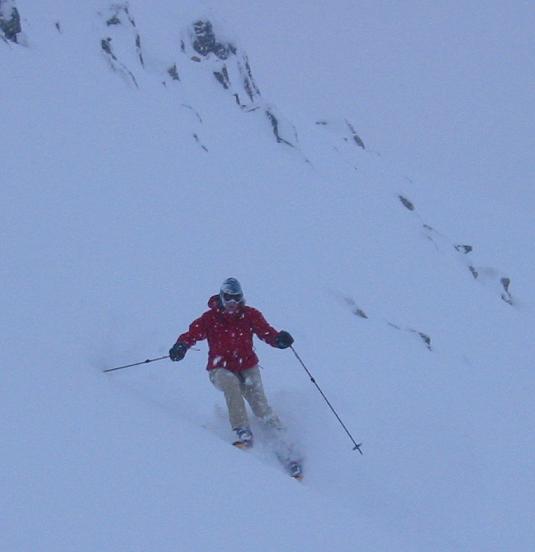 The next day we’re off to Blackcomb; another 15cms has fallen but this time visibility is great. We make it up the Glacier Chair just in time to watch patrol drop the barrier on Spanky’s Ladder. Sharon drops into Ruby Bowl 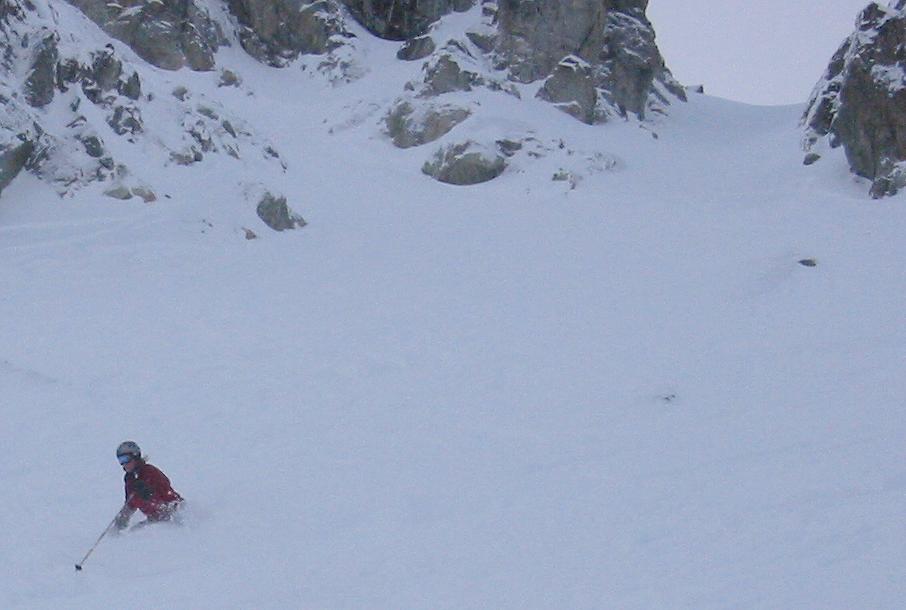 Steph in the chutes off Ruby Trees 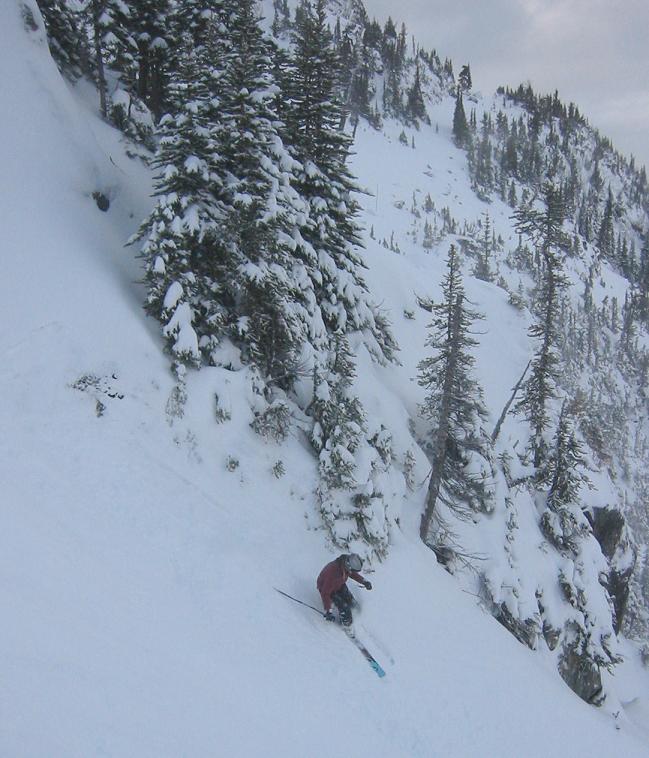 Sharon and Terry dropping into a rock-lined chute. 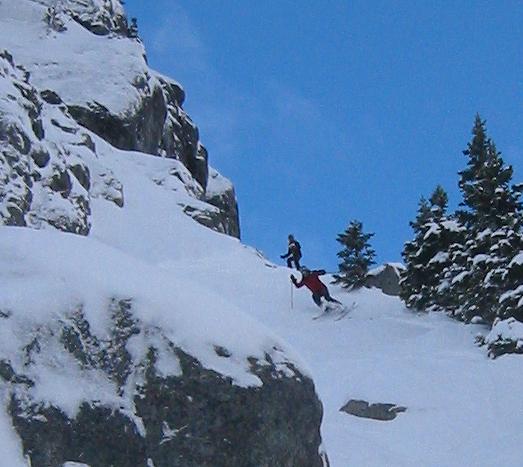 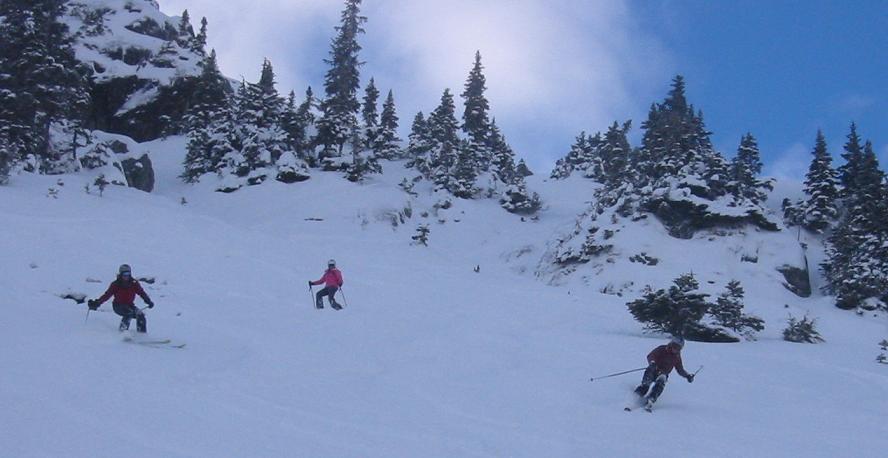 A look back at Ruby and the hordes descending. 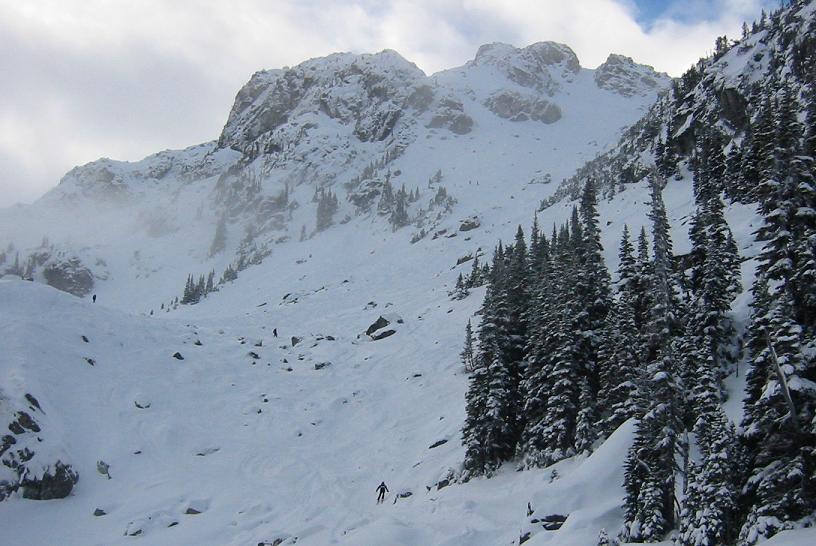 The next lap we dive into Sapphire Bowl. The entrance is still pretty rocky and the higher chutes still show that despite all this new snow that our base is still thin. 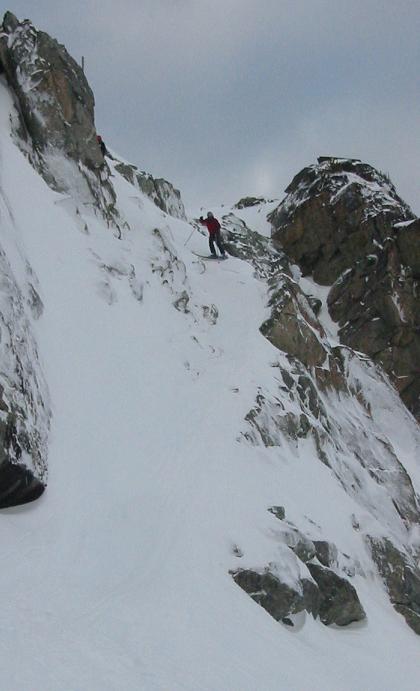 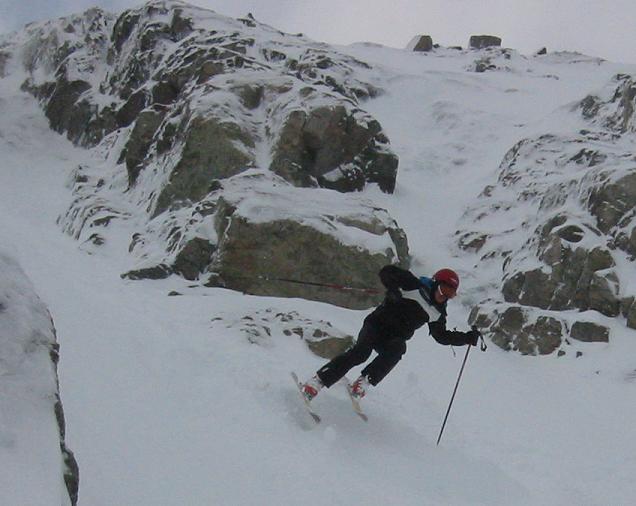 Morgan finds a snow snake coming off Sapphire Bowl into the glacier. 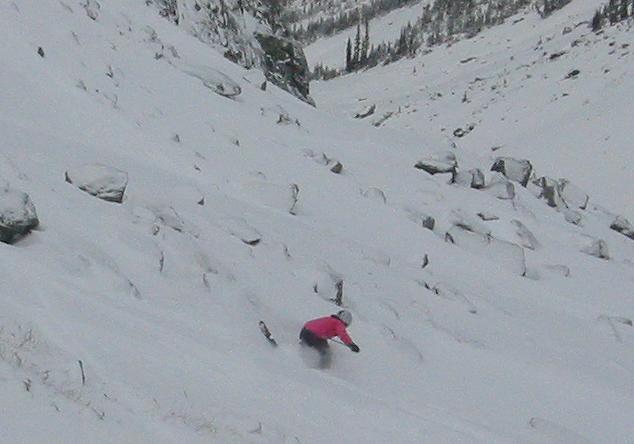 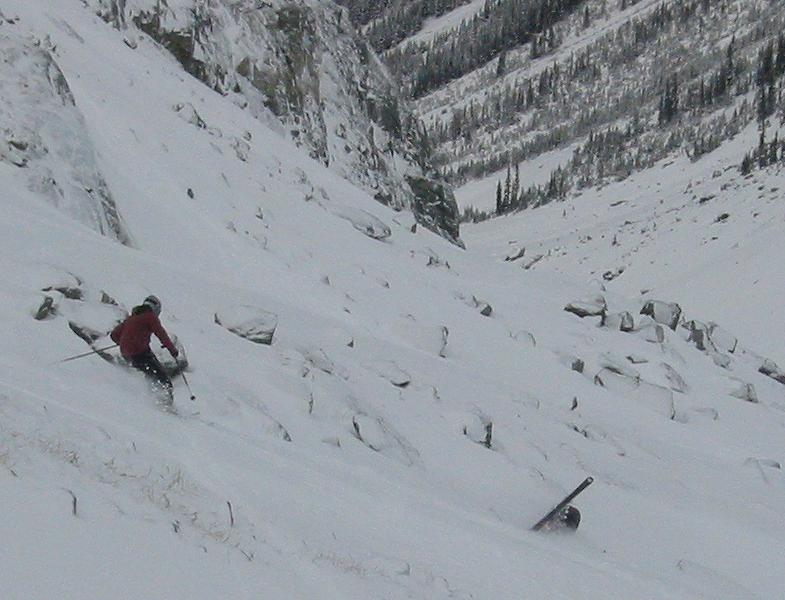 A look back into Corona Bowl and Husume Couloir.

The light was great all day; lots of people took in the views off the glacier ski-out and into Sproat and Rainbow.

The next day I am back at Whistler again; this time with Kevin (the lone telemarker), Ron and George visiting from Calgary. After a Fresh Tracks breakfast we are hunting powder on Paleface to Franz’s; then on to Ratfink; then when Harmony opens, back to SunBowl. I finally slow it down enough to grab some pictures off Headwall again. Here goes Ron down some untracked knee to waist deep accumulations 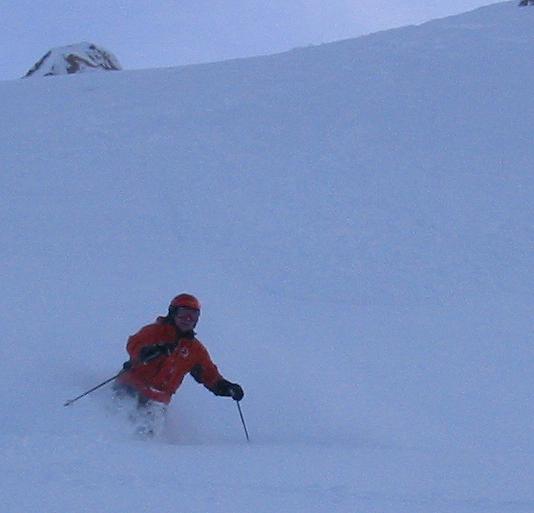 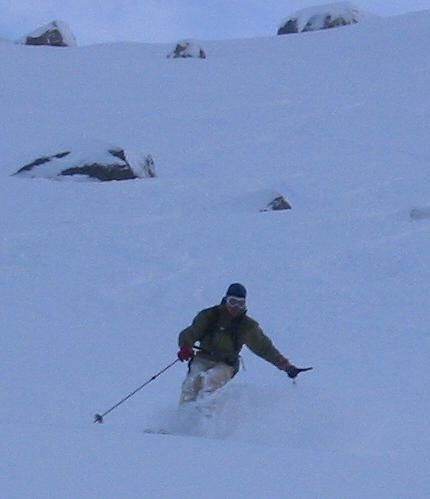 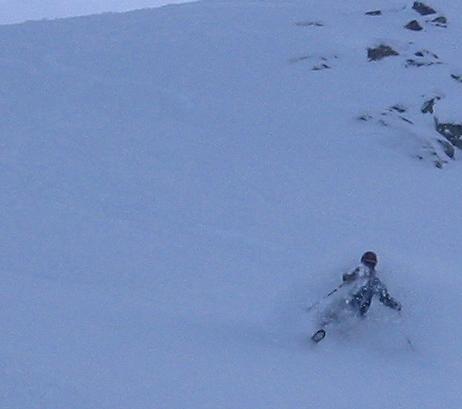 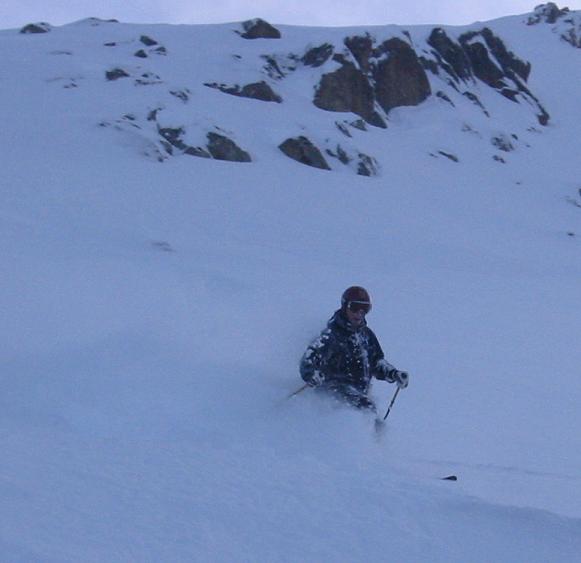 Then we start lapping Peak as the crowds hit. Here’s Kevin in West Bowl 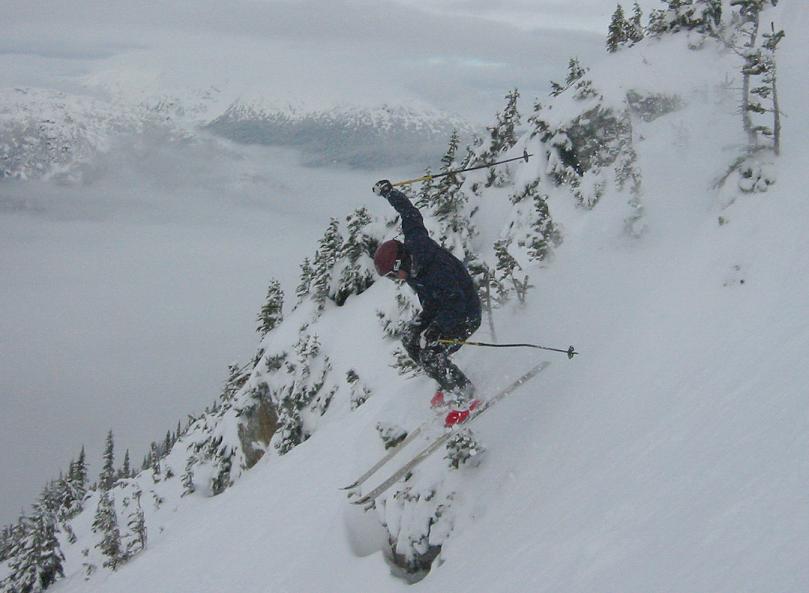 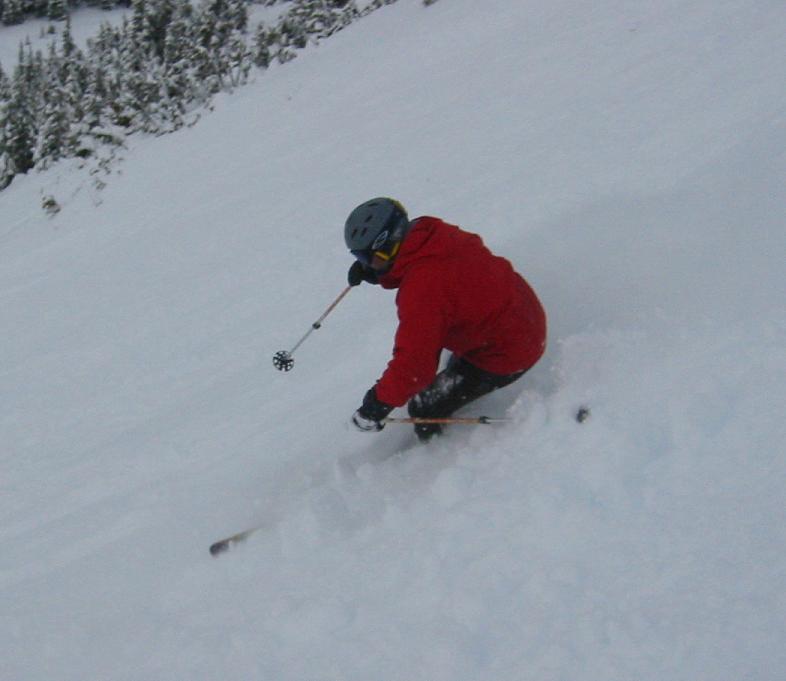 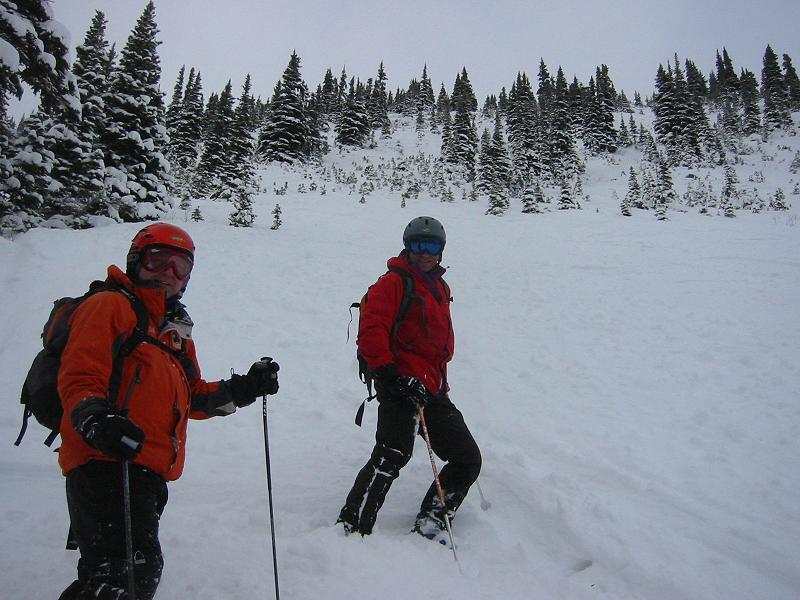 This entry was posted in 2005, ski and tagged blackcomb. Bookmark the permalink.