Duffey – Chief Pascall with the snorkel – wish you were here

40 cms of snow up Duffy in the past 4 days. Time to meet our good friend Mr Over the Head again. As we had face shot after face shot we thought of good friends out in now snow lands (so this one’s for Chris K and Chris D). Chief Pascall has some of the most consistent easy-to-reach N facing slopes up the Duffy. It’s our go-to area for when visibility might be doubtful as its slopes are heavily treed with nicely spaced glades for skiing. Some days the snow down low might not be so good due to warming temps. This was not one of those days; freezing levels were low but stoke was high. 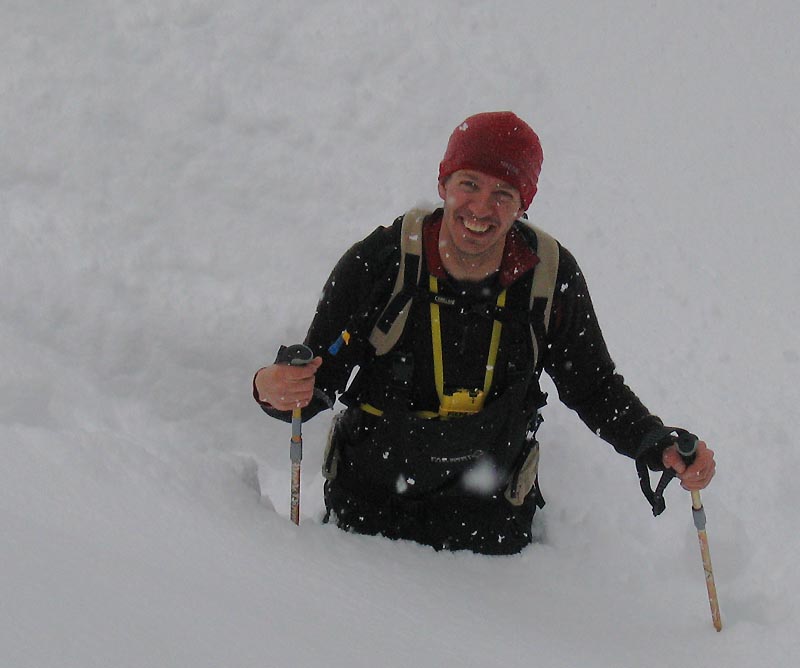 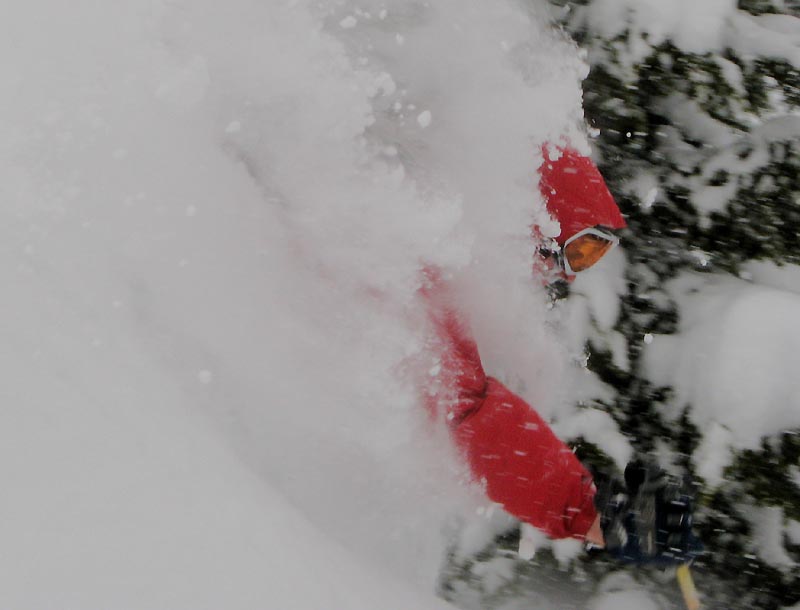 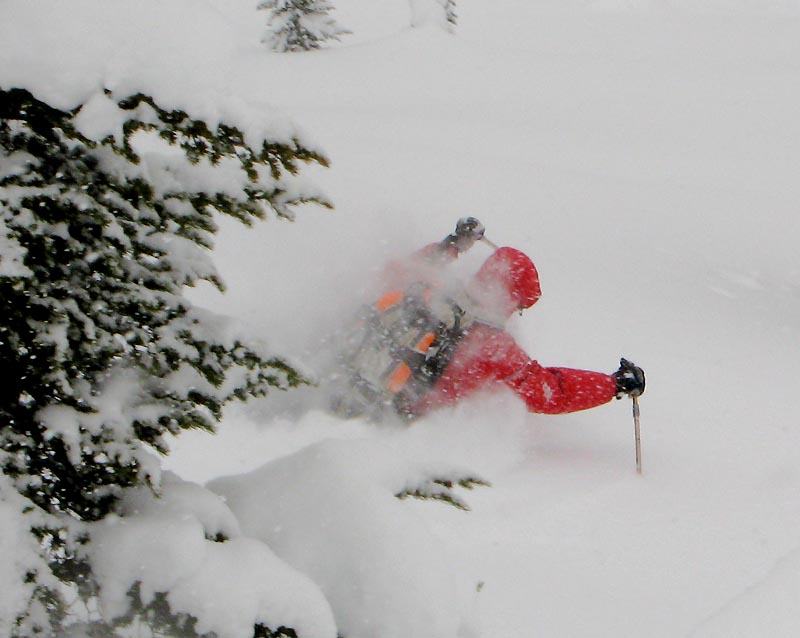 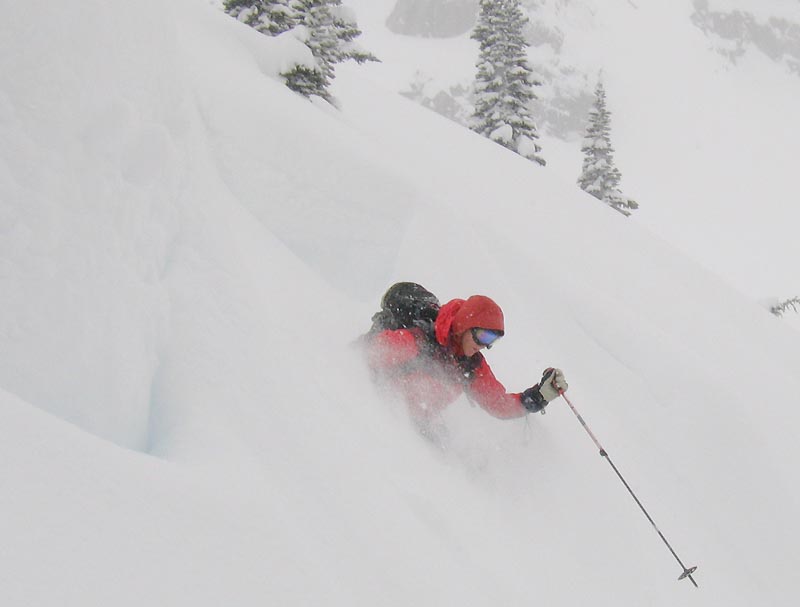 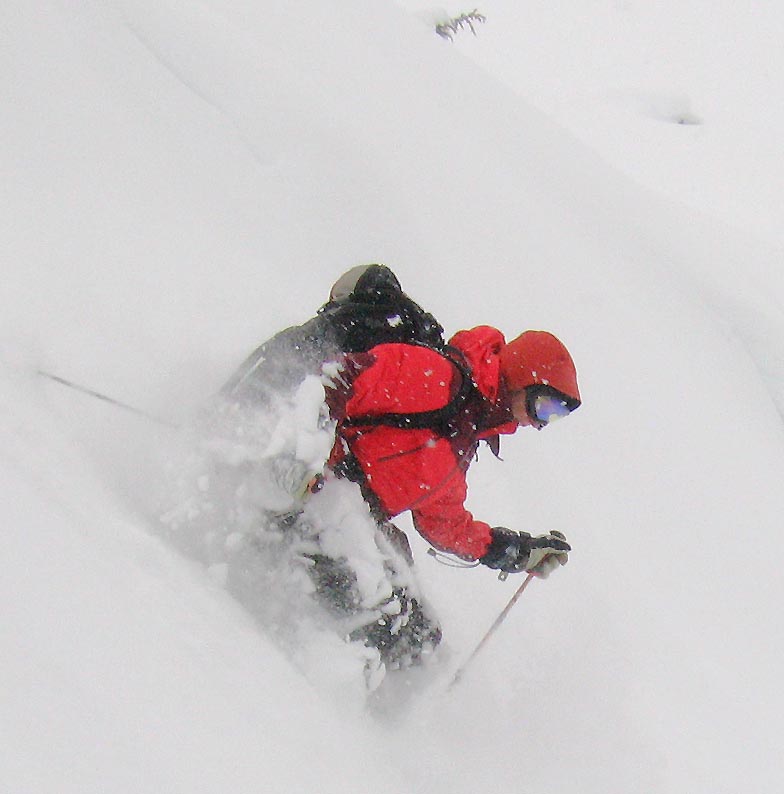 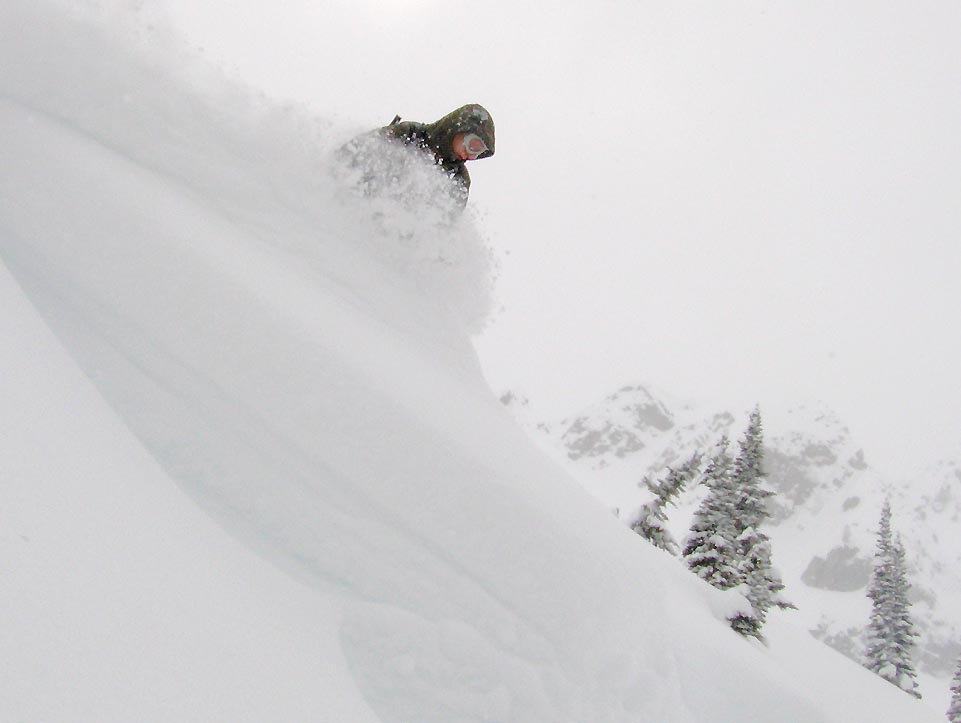 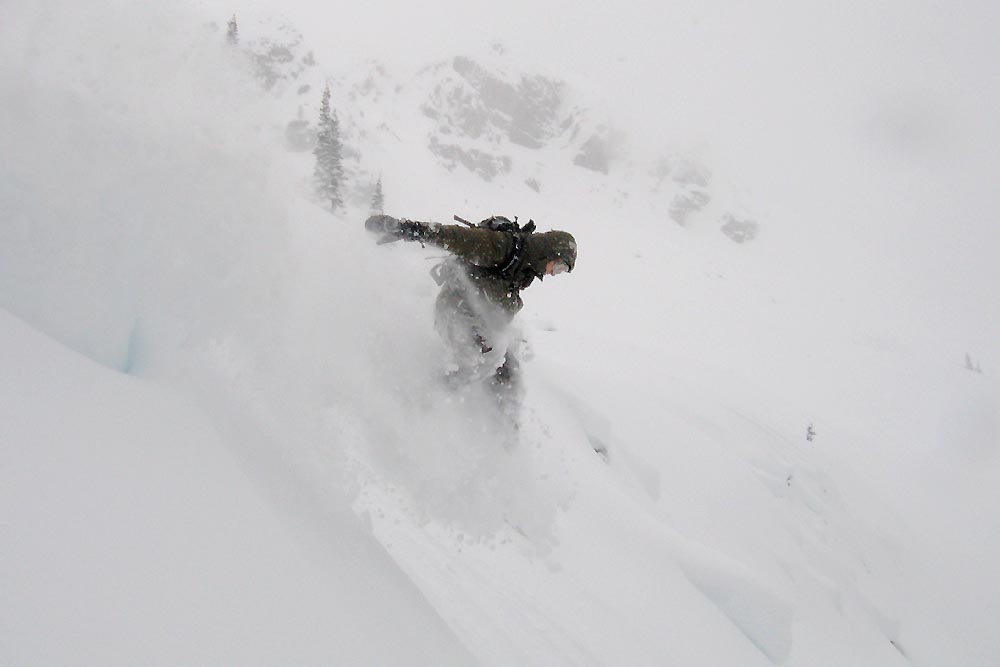 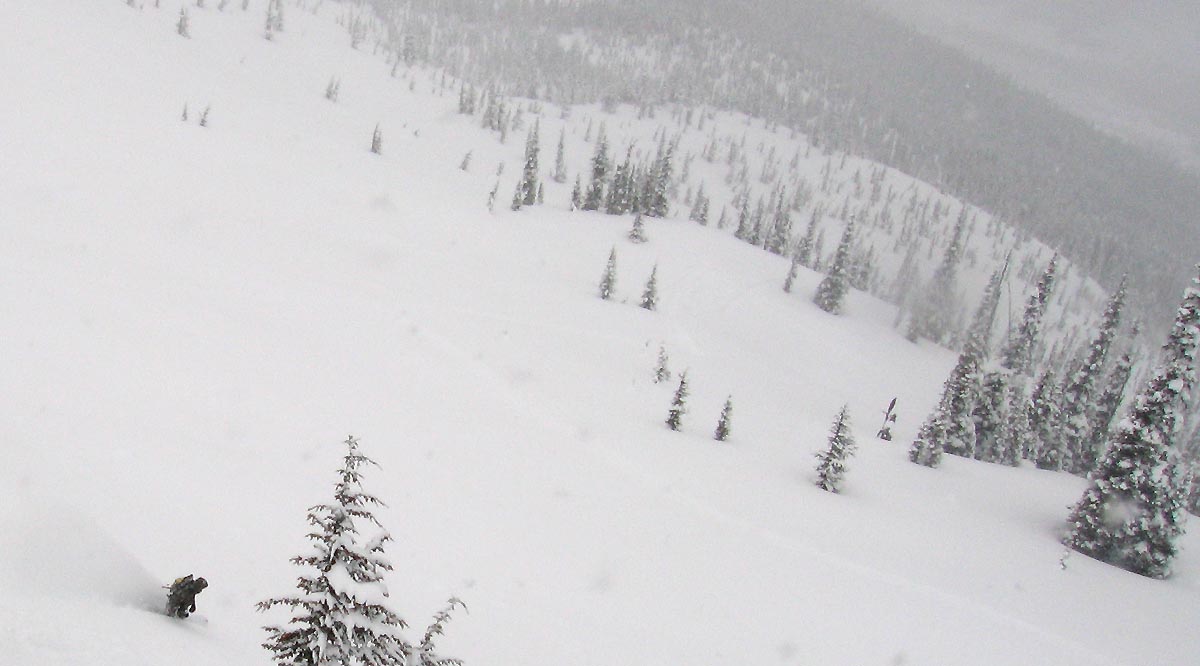 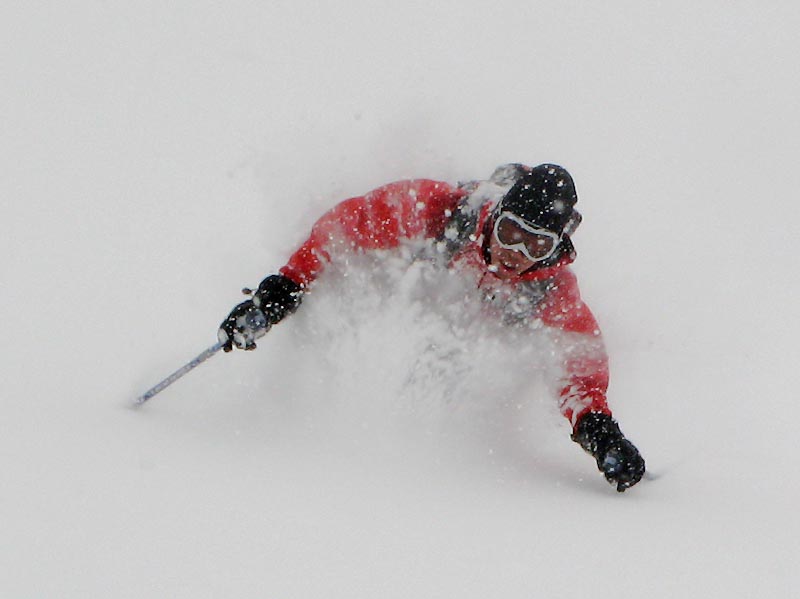 We went up a different way then normal taking the Cerise Creek route then continuing on the road due west as if heading to Joffre Lakes but then cutting up to the Chief Pascall peak col through the clearcut visible from the road and reaching subalpine straight up the glades from the road. This is a good route and it gave us a nice look at conditions on N facing slopes as we skinned up. We also spied nice lines that we could hit on the way down. Stability was good. Storm snow sluffed and reacted to ski cuts. Some settling occurred on east facing slopes but that wasn’t a factor for our descents all of which were on north facing slopes. Boot pen was about 60 – 80 cms and ski pen was 40 cms in the subalpine. We didn’t get into alpine due to lack of visibility and skied our first two laps from 1900m – 1600m. 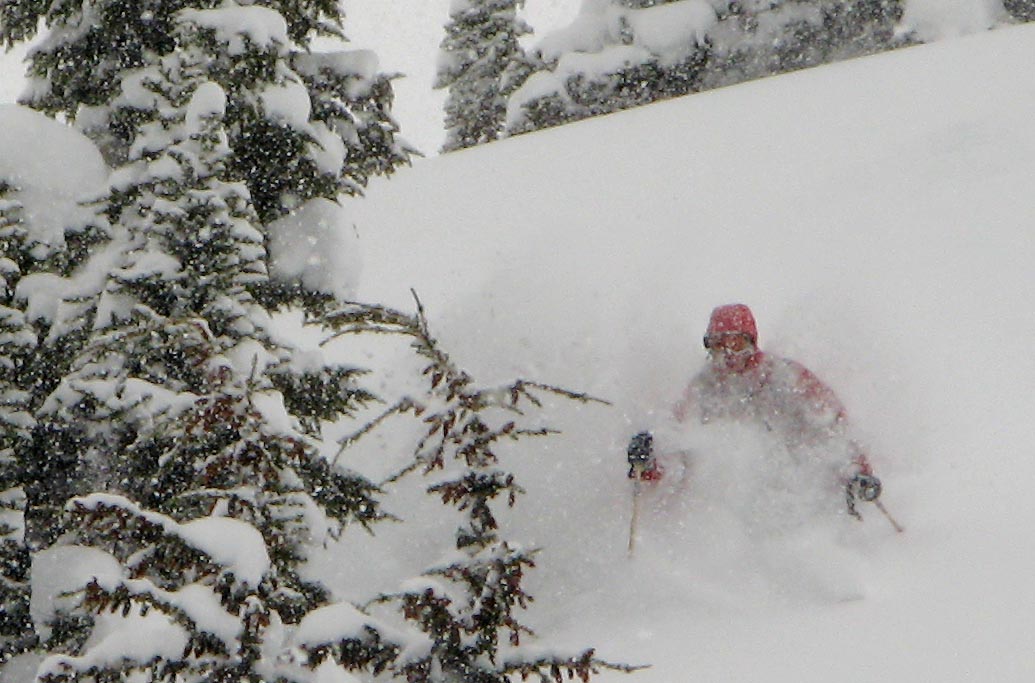 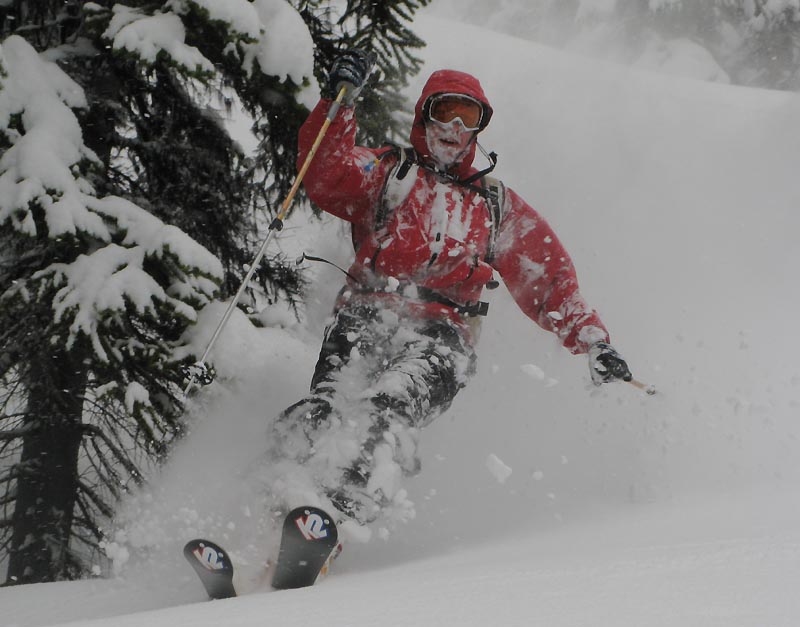 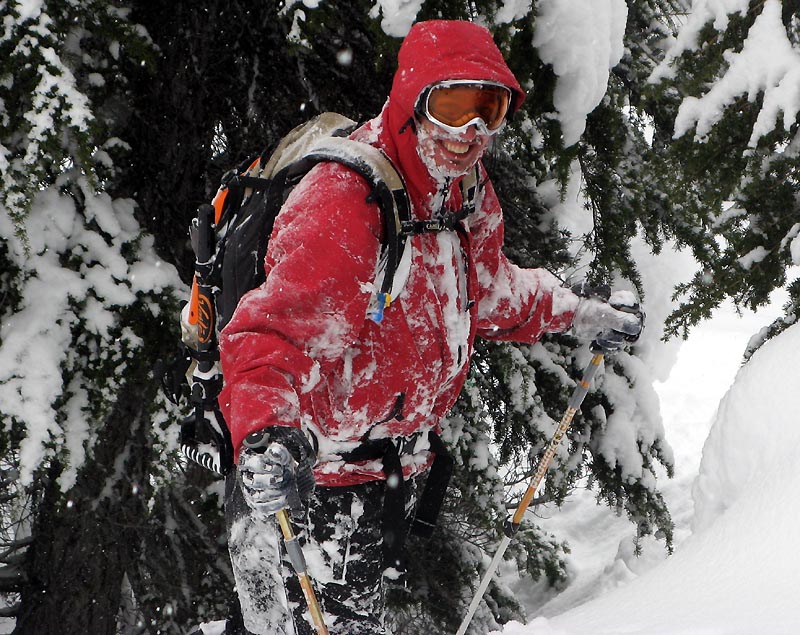 Kev again on our 2nd lap 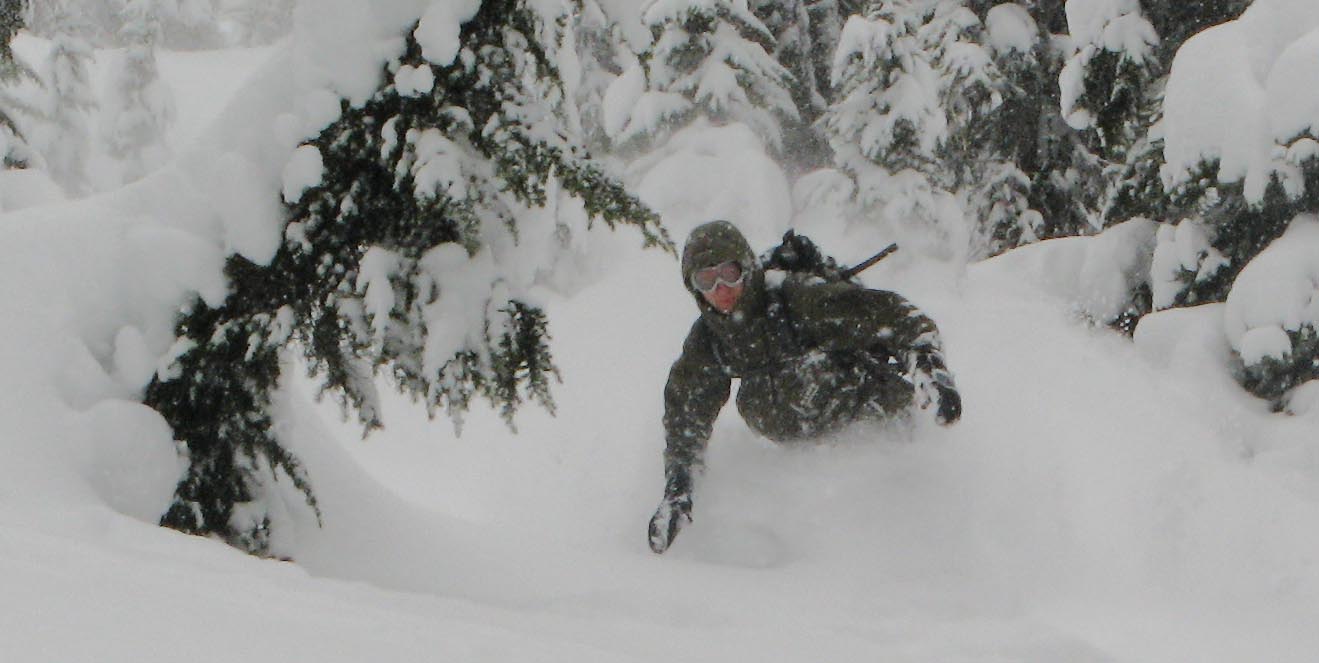 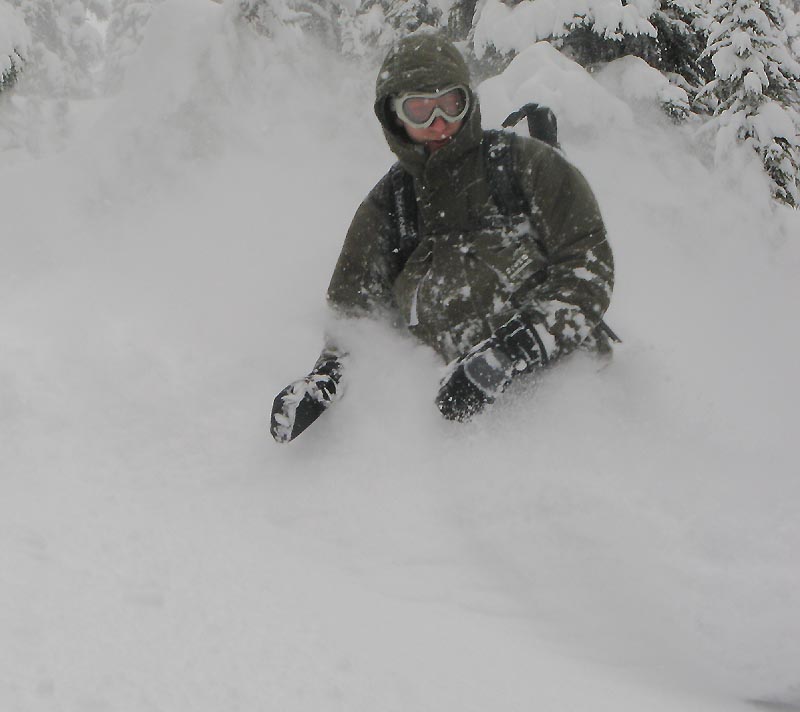 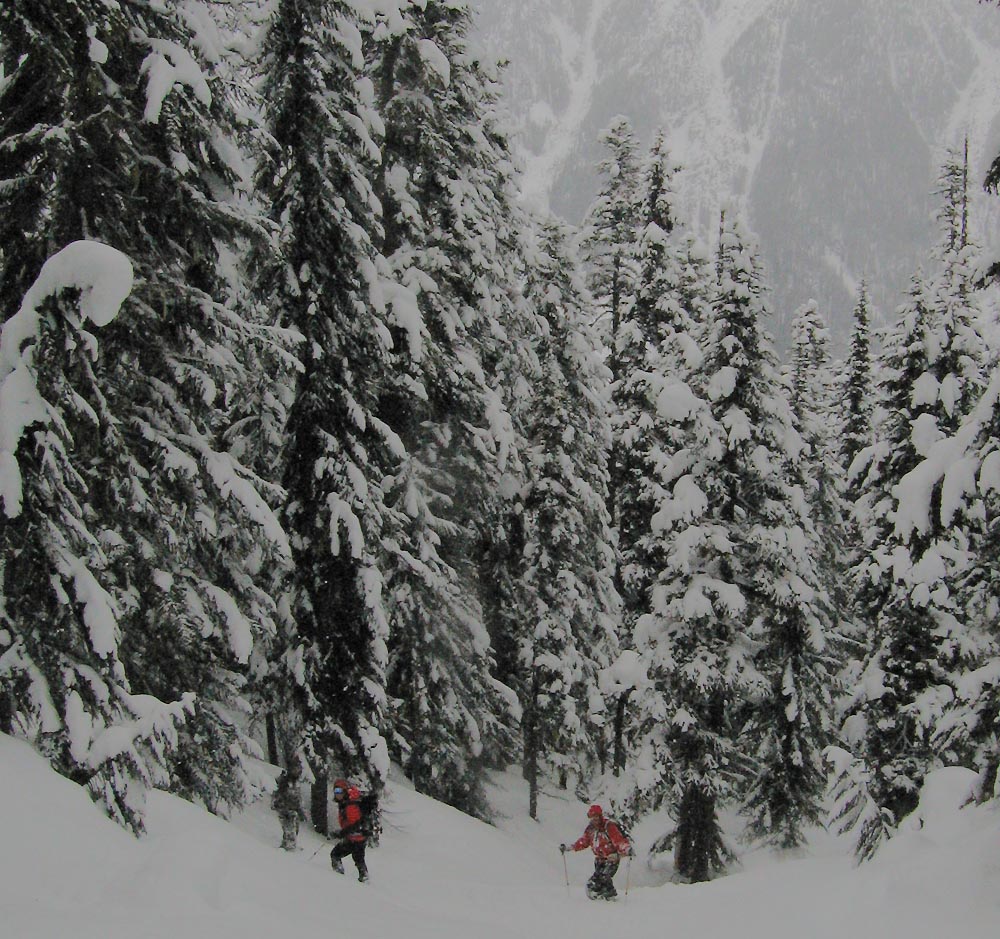 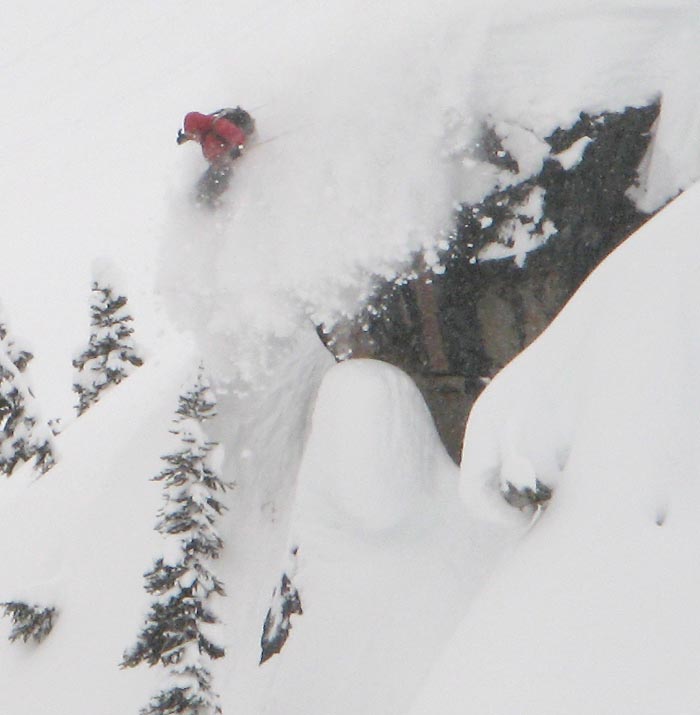 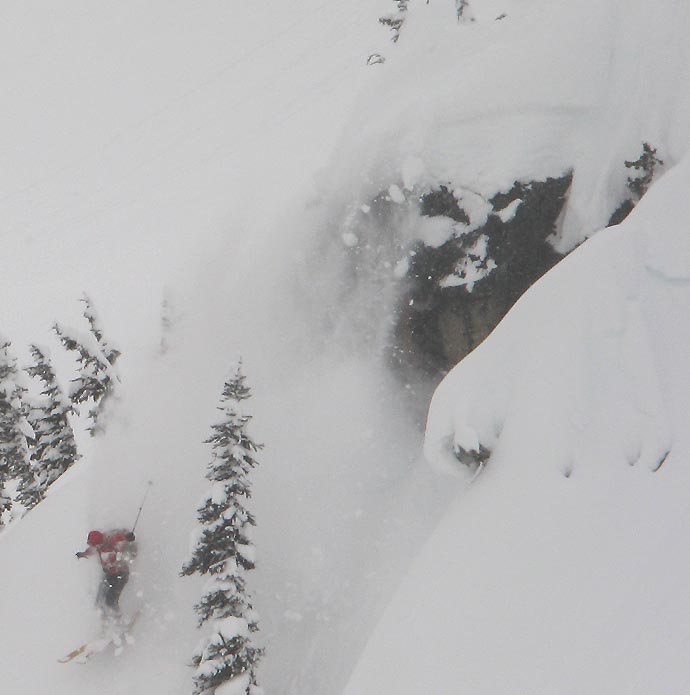 While Tyler blew up on our last climb up for lap 3, Kev decided to drop some pillows

For our last lap we dropped off the E nose of Chief Pascall down our normal ascent route. The trees were tight, the slope was steep and the snow was glorious. It’s my new favourite route down – it was easy to get dowm and navigate back to the clearcuts adjoining the Cerise Crk route. 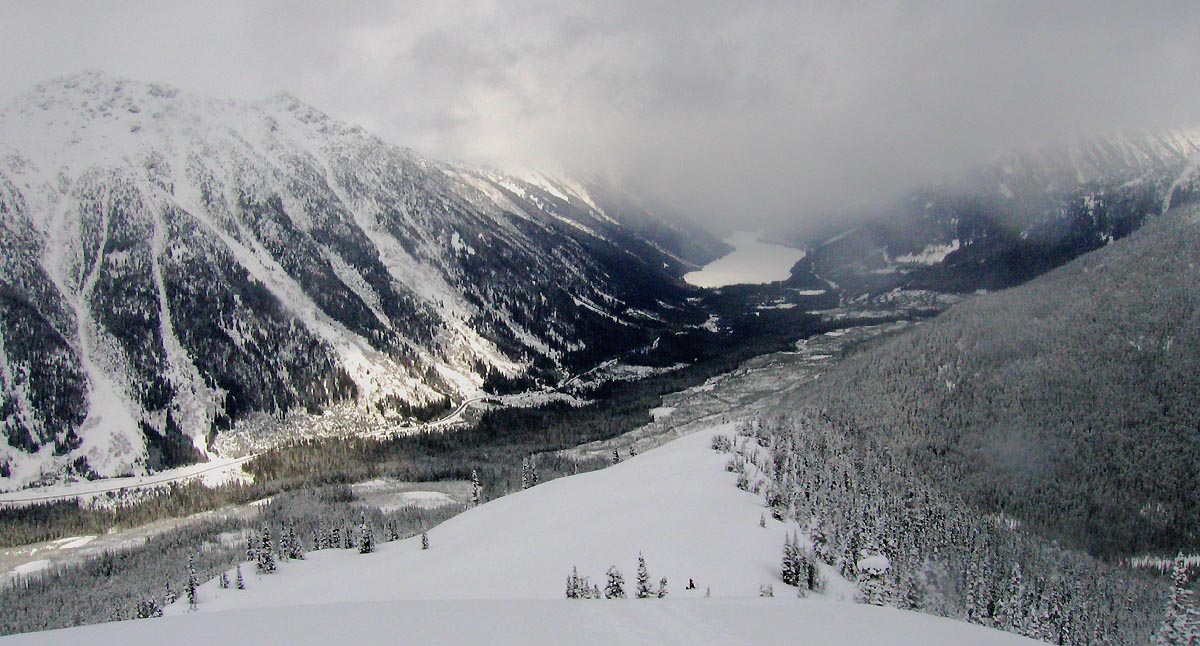 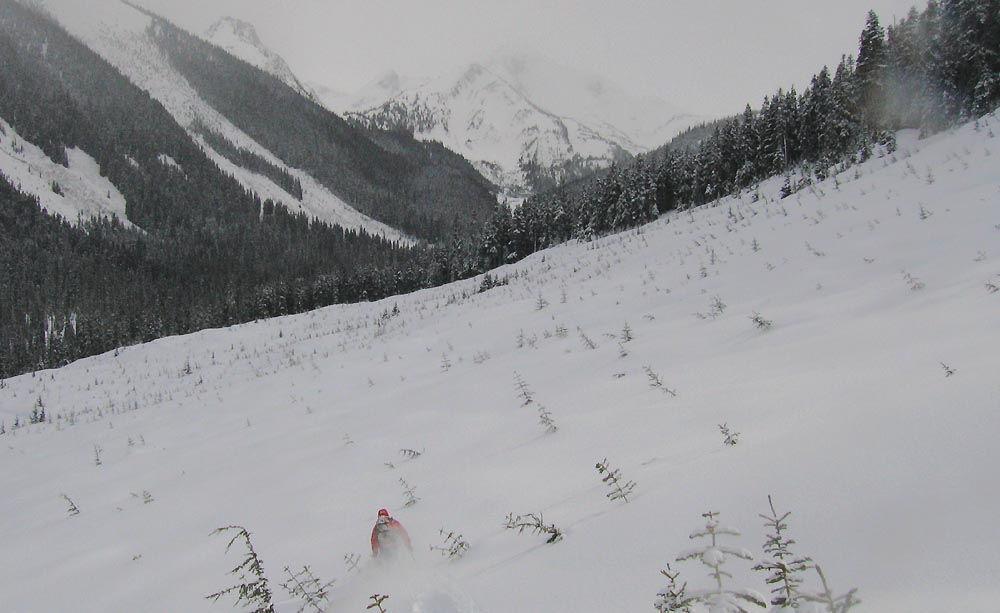 Skiing out the clearcut back out to the Circus Creek road 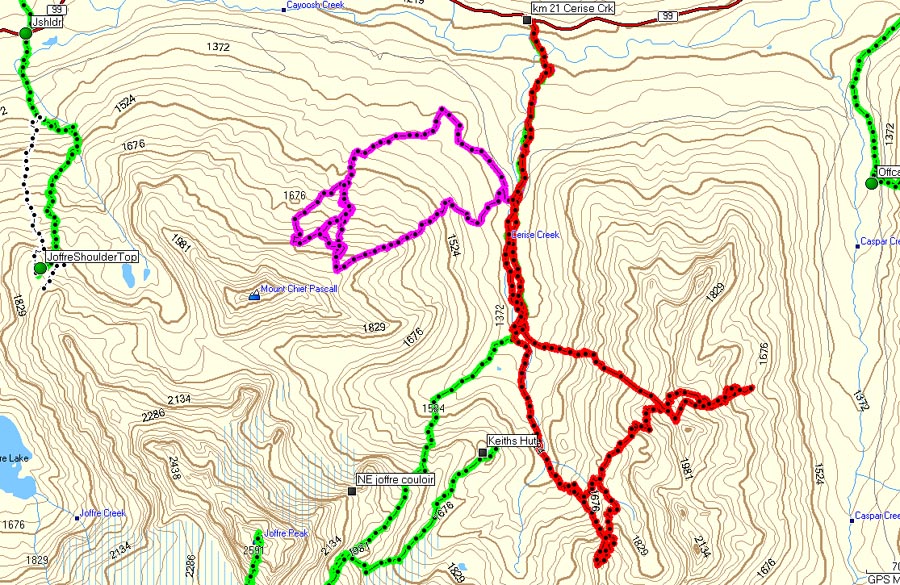 This entry was posted in 2008, ski and tagged Chief Pascal, Duffey. Bookmark the permalink.