The Olleros full pull from the Sierra Andean foothills to Playa Negra at San Bartolo just South of Lima is a 50km, 3415m downhill ride. This classic trail can be divided into two parts. The top downhill section goes from 3423m -> 1200m for a total of 2270m of descending in 18km on classic singletrack. With us on our ride was Diego and Coti of Holy Trails. Pablo Lavinas kindly drove us as he was out with an injury. Olleros has to be ridden to be believed; while the numbers tell the trail it’s hard to encompass the sheer magntude of the fact that such good singletrack exists in such shape for so long. It descends so far that the soil, vegetation and climate changes dramatically as you ride. Perhaps one reason for the trail condition being so good is that the area is sparsely populated (Only 2800 people live in the district with most living in the namesake village itself) so there simply isn’t much wear-and-tear.

This downhill section can be repeated from the top or from the town of Olleros at about 2870m to make two downhill rides. The lower part of Olleros then loses 1000m over 28km and is a more gradual xc descent following a river valley which we thought was cool, but if you’re there for the DH, is a bit long and pedally. However you don’t get bragging rights for the full 3415m from Sierra to Pacific without the full-pull so pick your poison and leave something for the end if you do choose to dip your feet in the ocean.

Be aware that the Olleros ride has a serious shuttle and it would be a very long day to do this self-powered (looking at you Tito Tomasi). This trail starts about 140km from Lima so its a long day even with a shuttle. The rather epic drive goes through the town and district of Olleros, hence the name. While the terrain is similar to Pachacamac (dry), but this trail is a lot longer and has more techncial sections so ensure you have all tools and the means to fix bikes if and when you have mechanicals as there’s quite a few sections where you’re not close to the road or a means to exit. In other words; Olleros is not for the unprepared.. 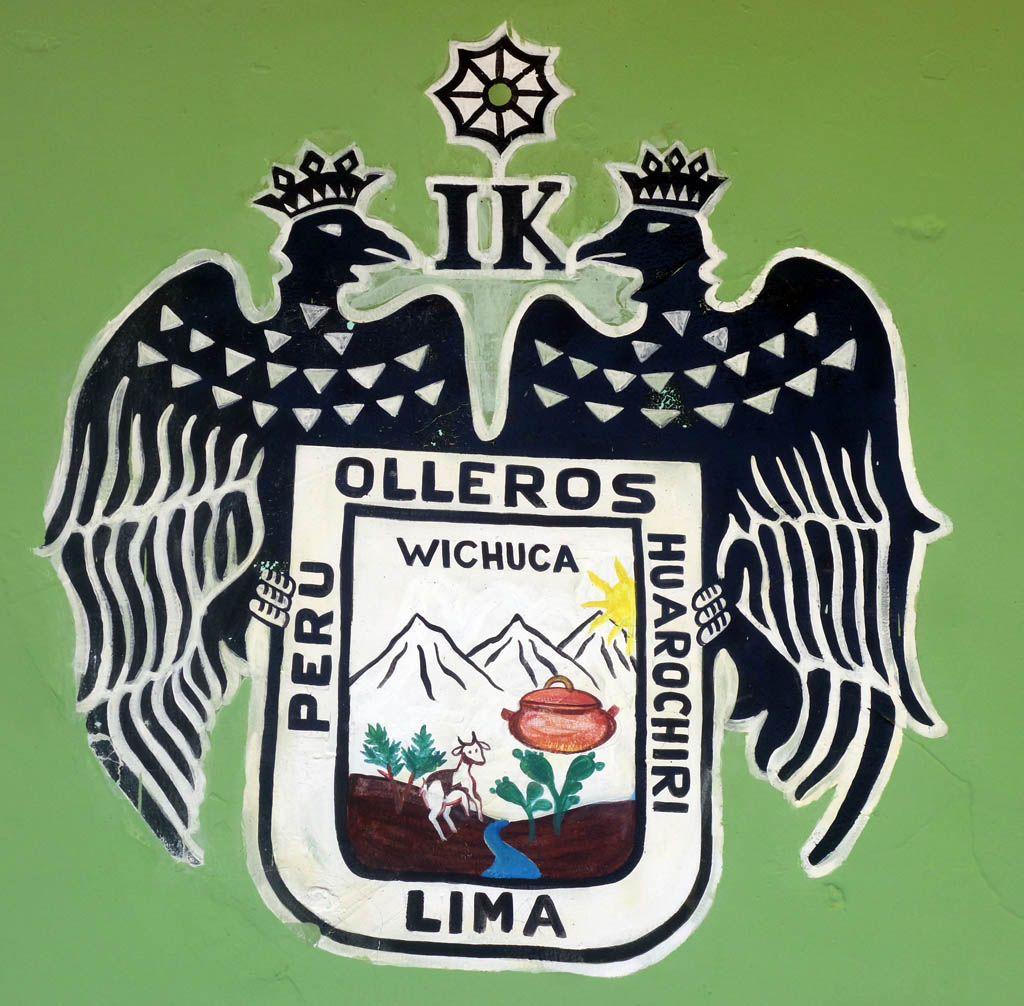 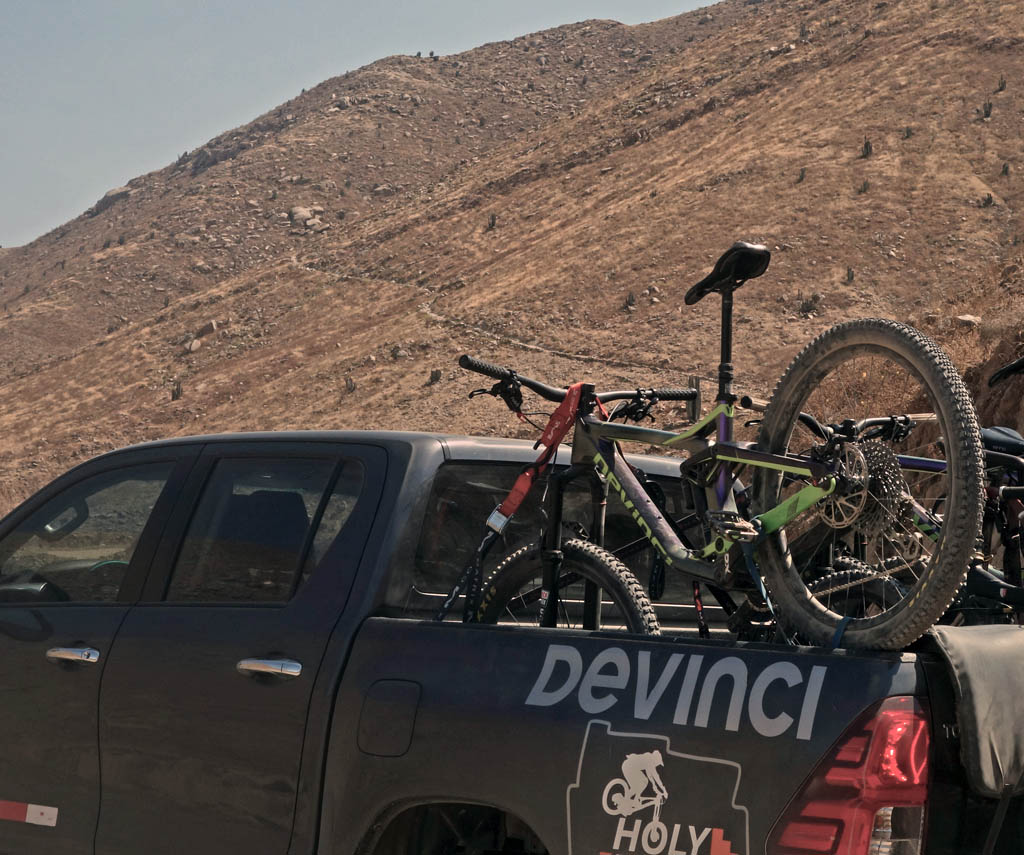 These walls mark the Cultural sites, they are all over this area. People still live amoungst the sites. 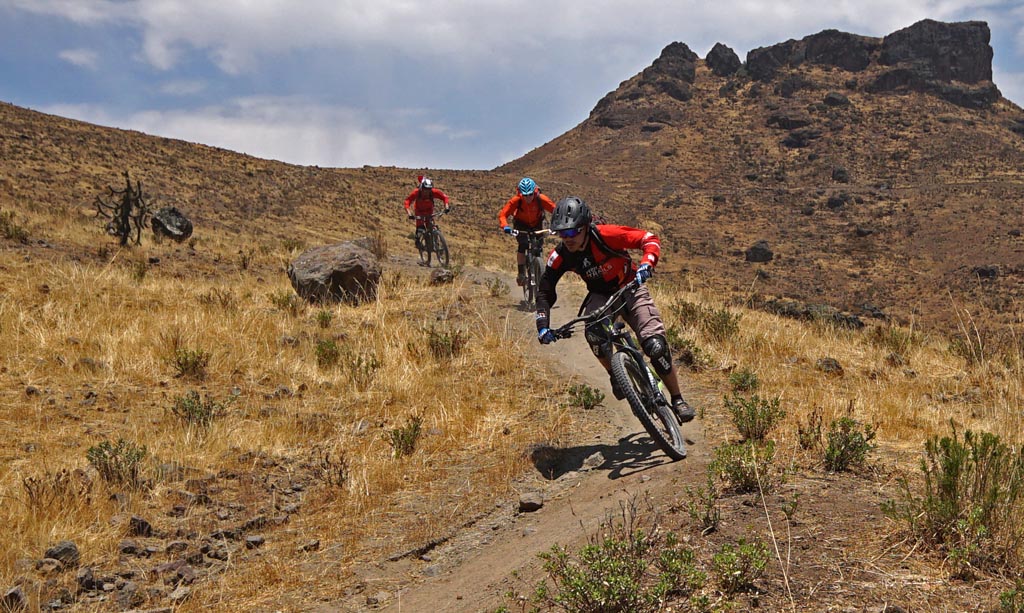 Top flowy section with Coti leading the way. Only another 3400m to go! 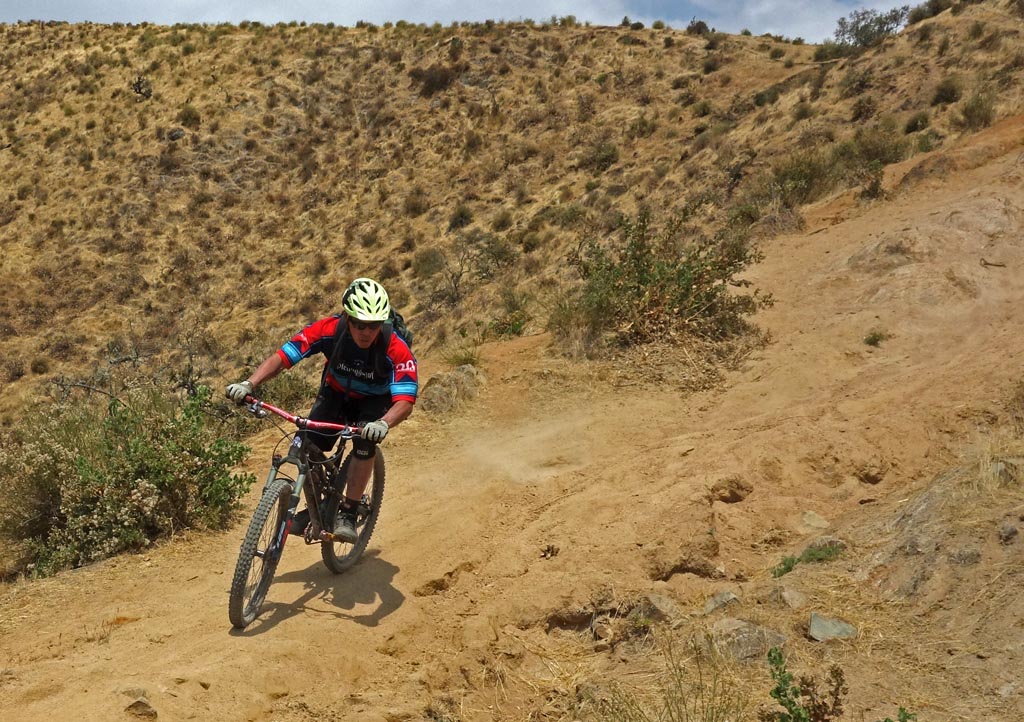 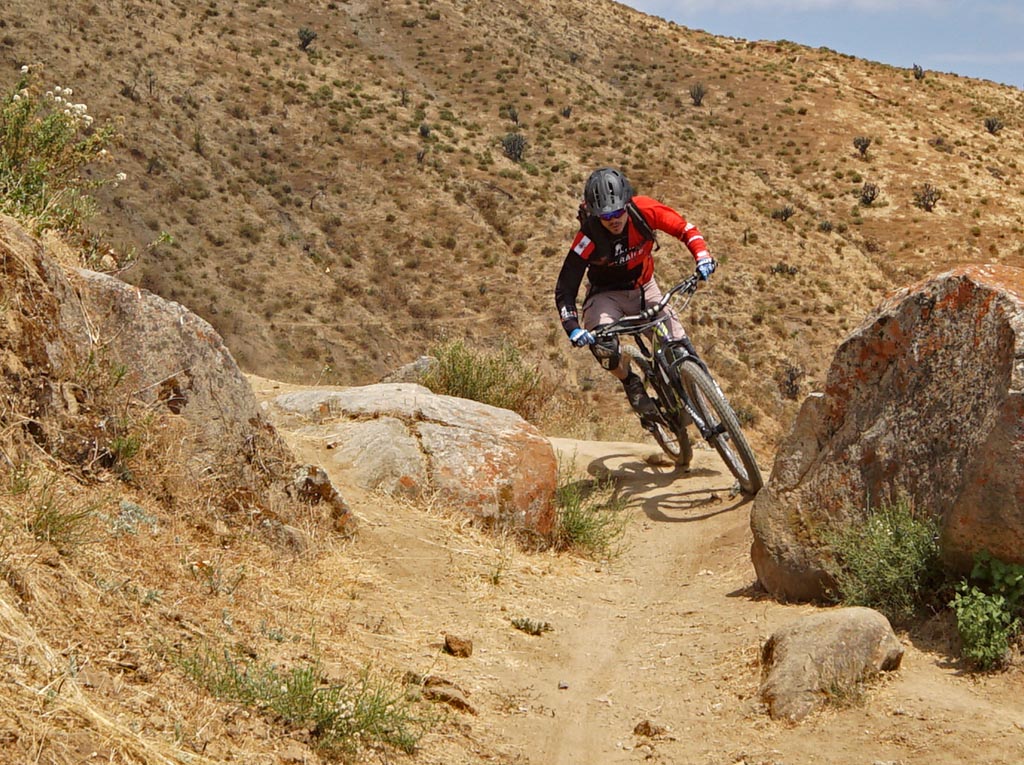 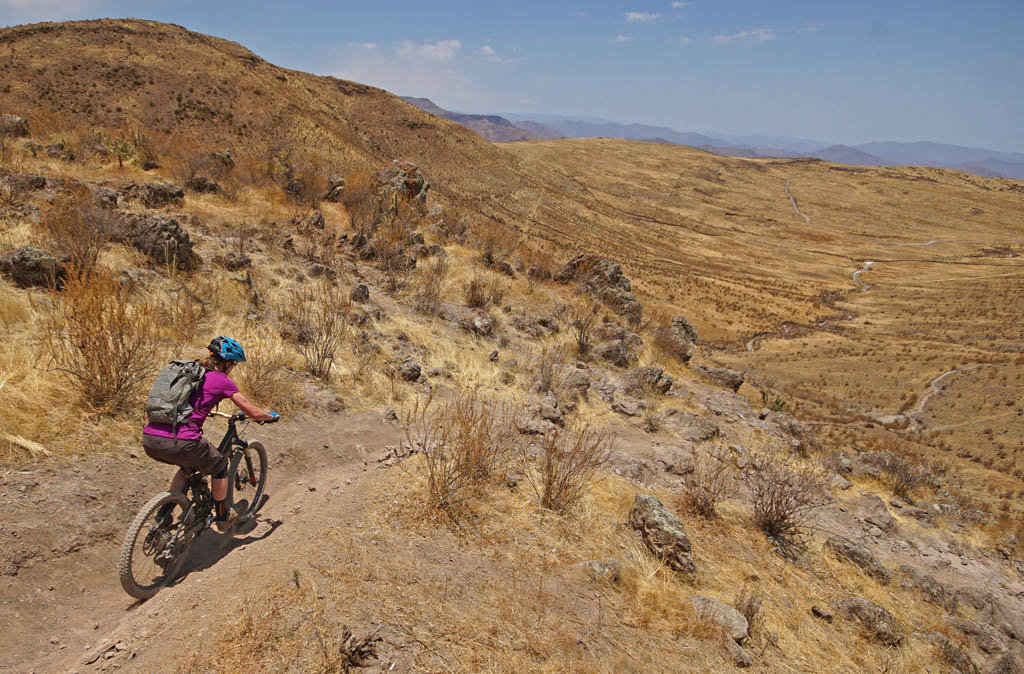 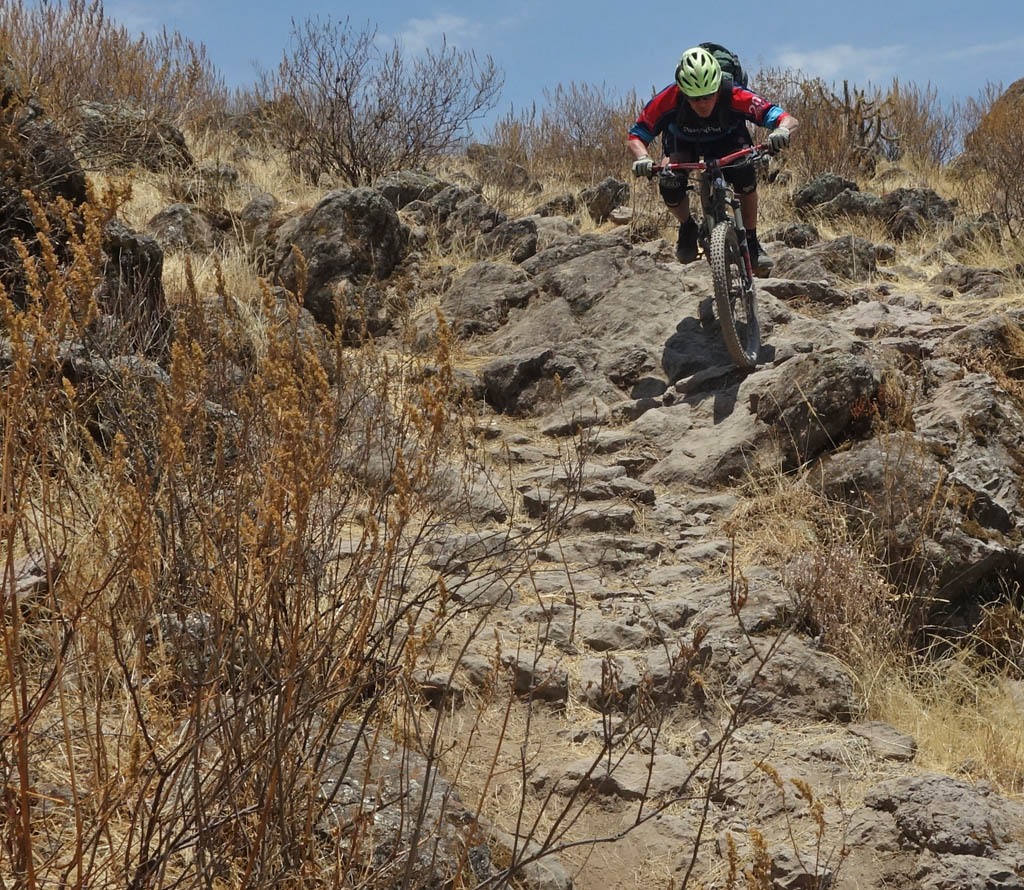 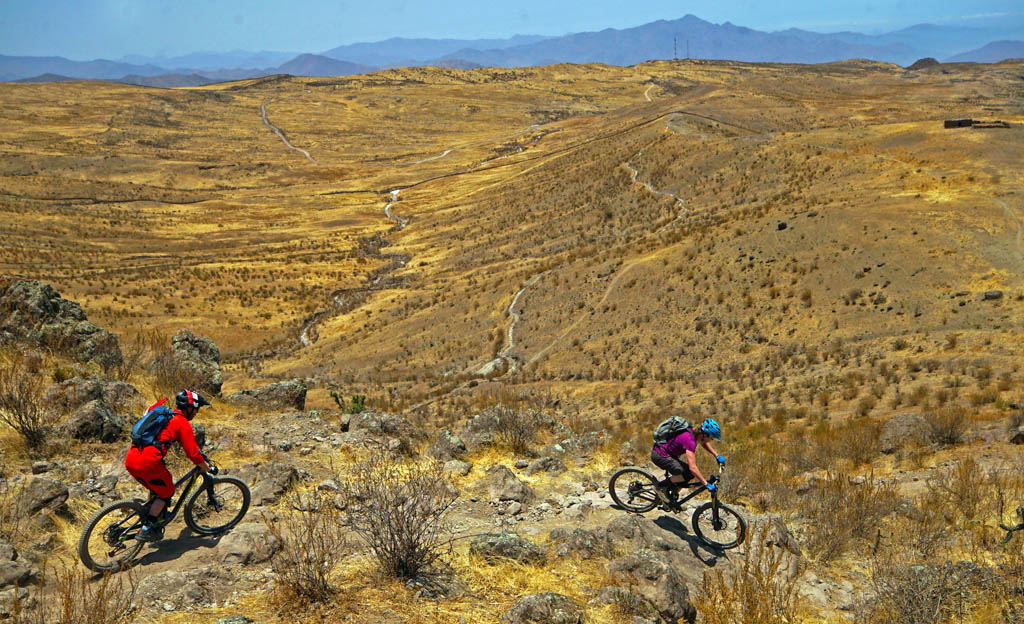 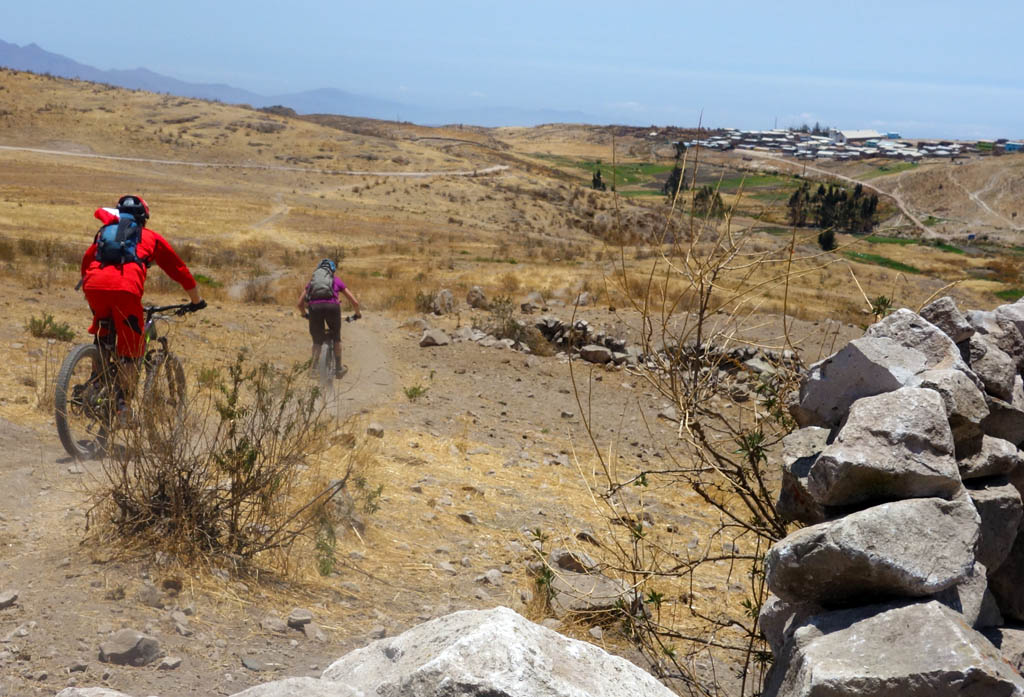 Approaching the town of Olleros itself. There are a few odd Inka ruins along the way 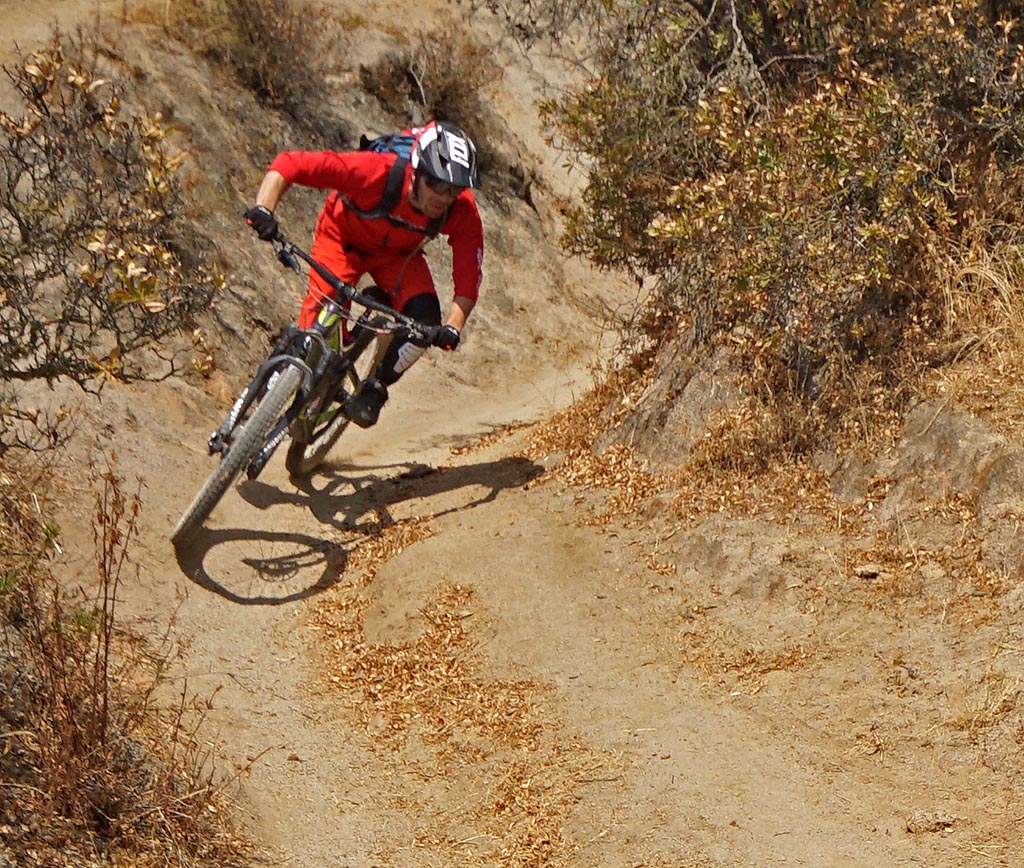 Diego railing the berms. He uses his cornering knobs to full advantage 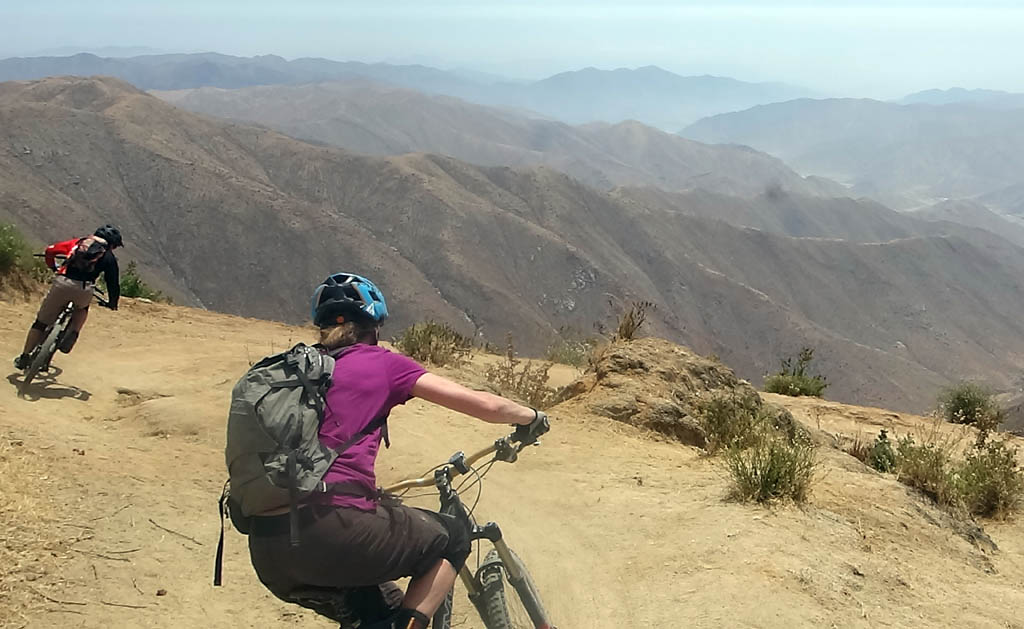 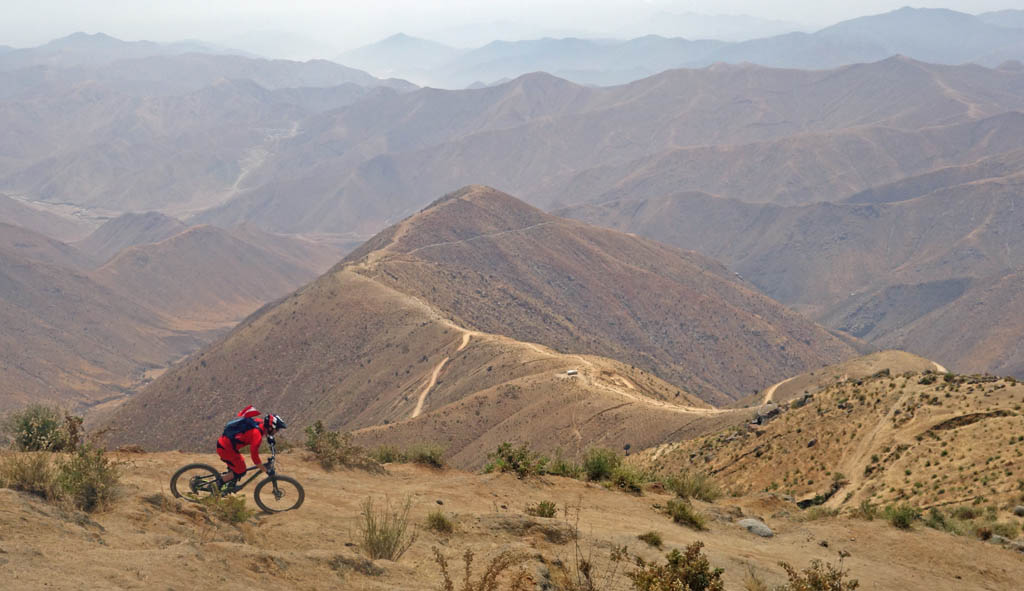 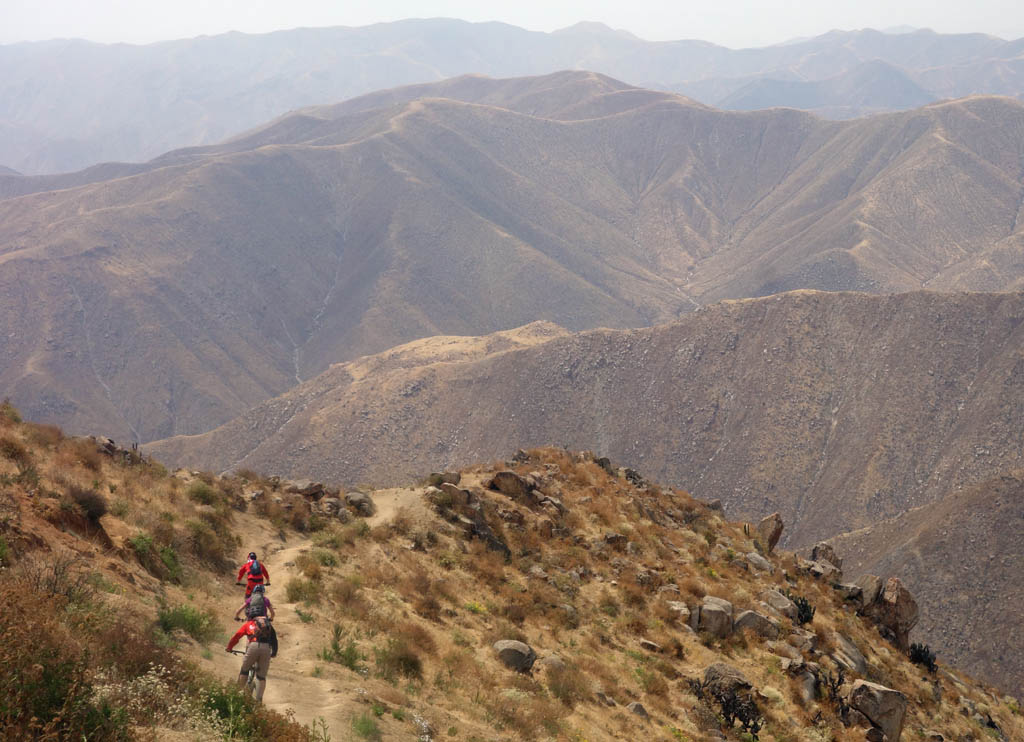 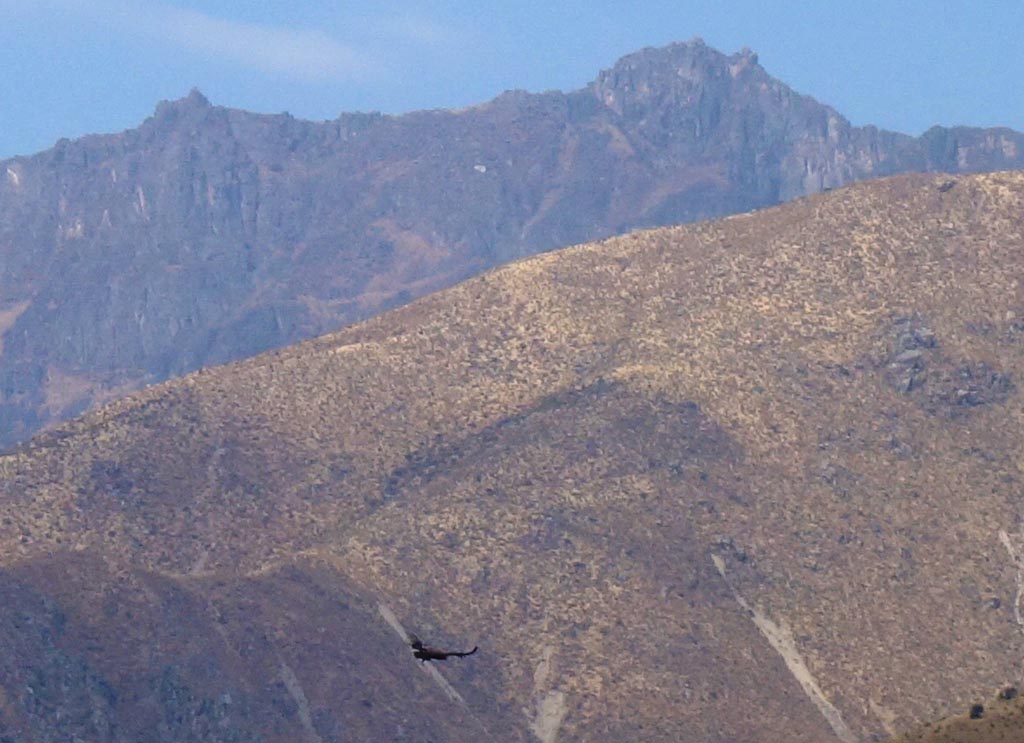 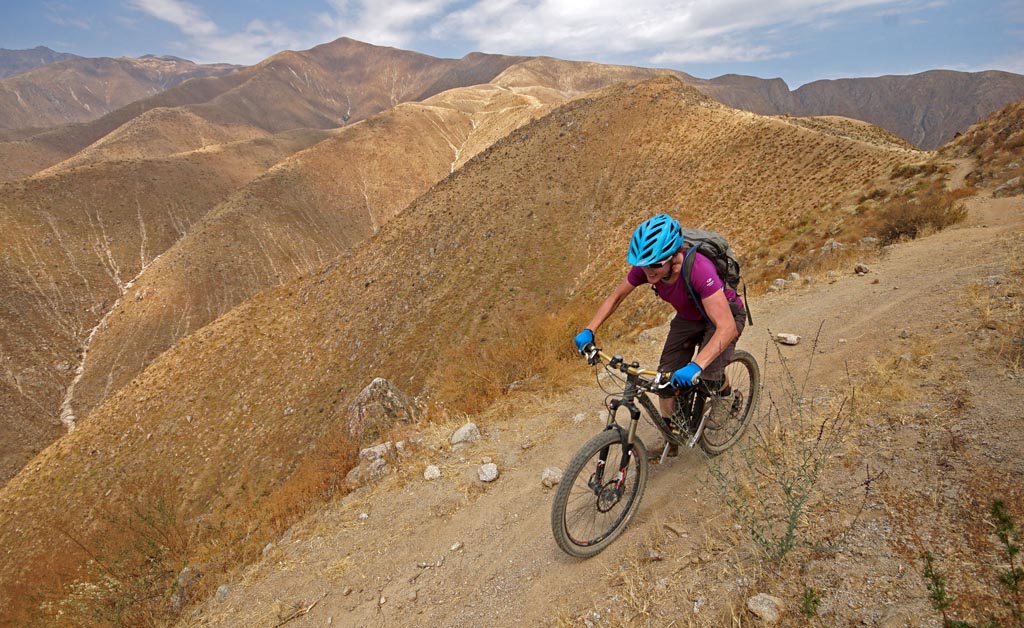 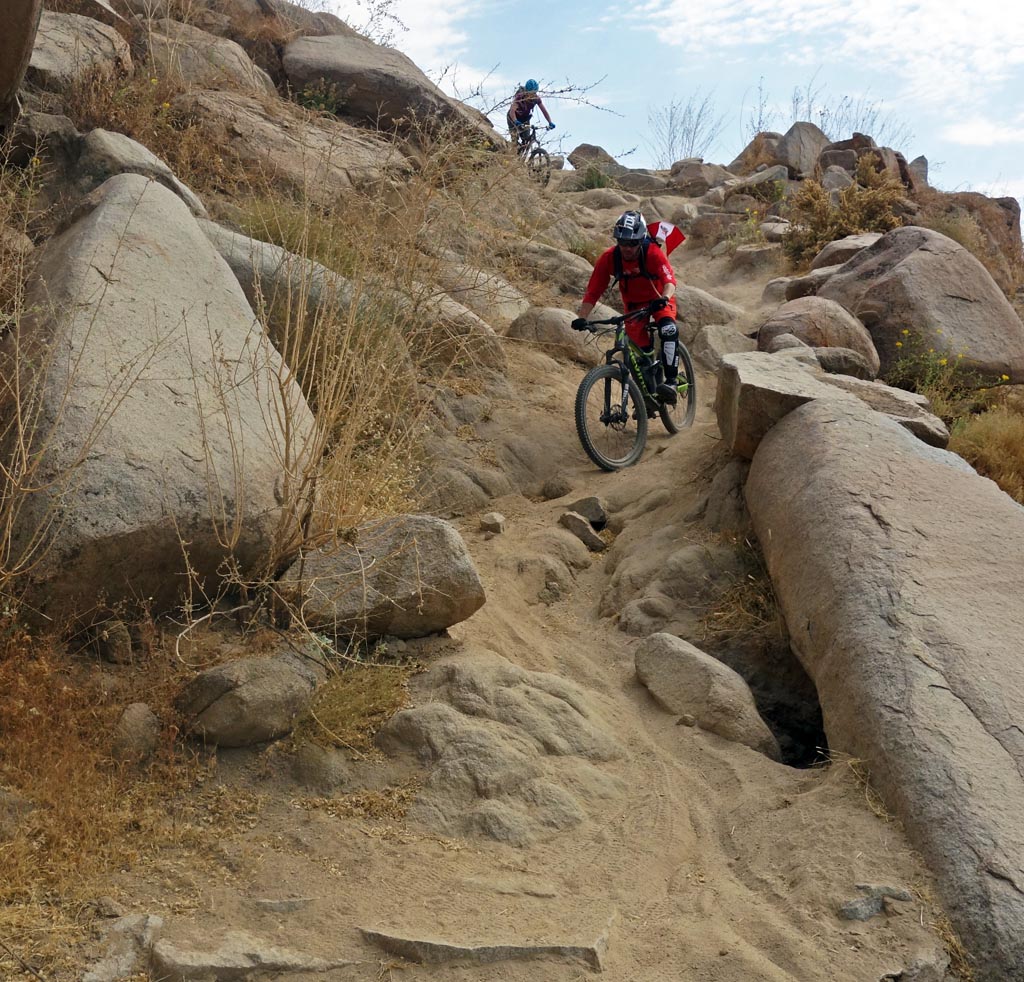 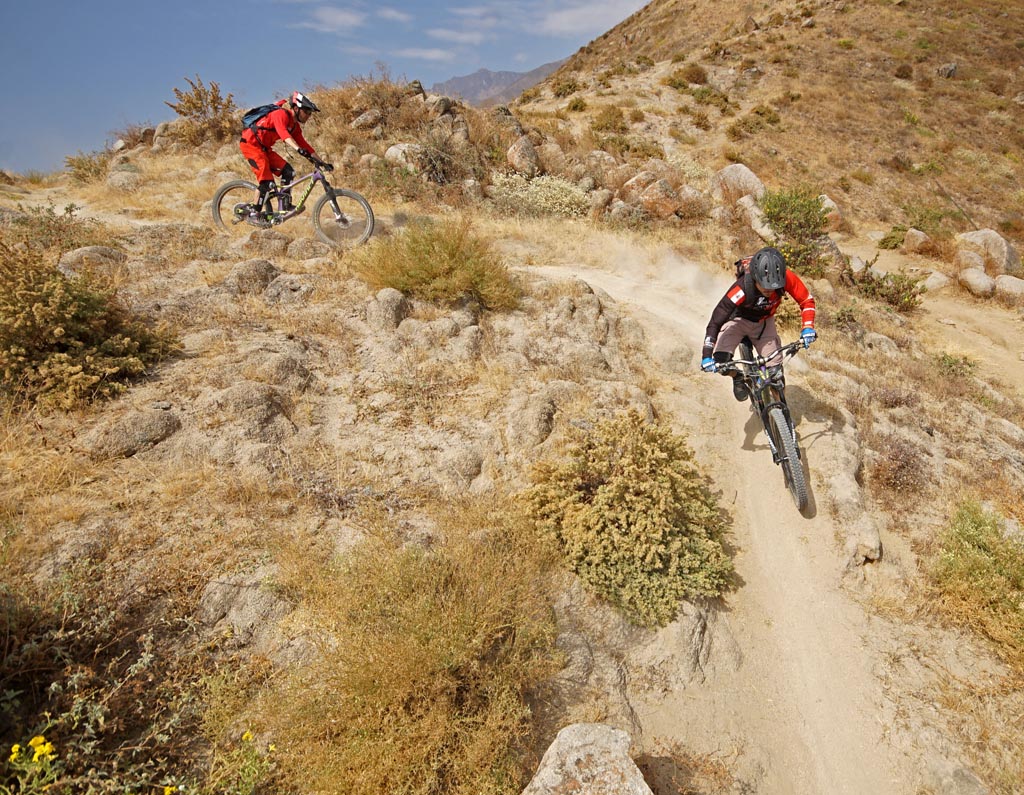 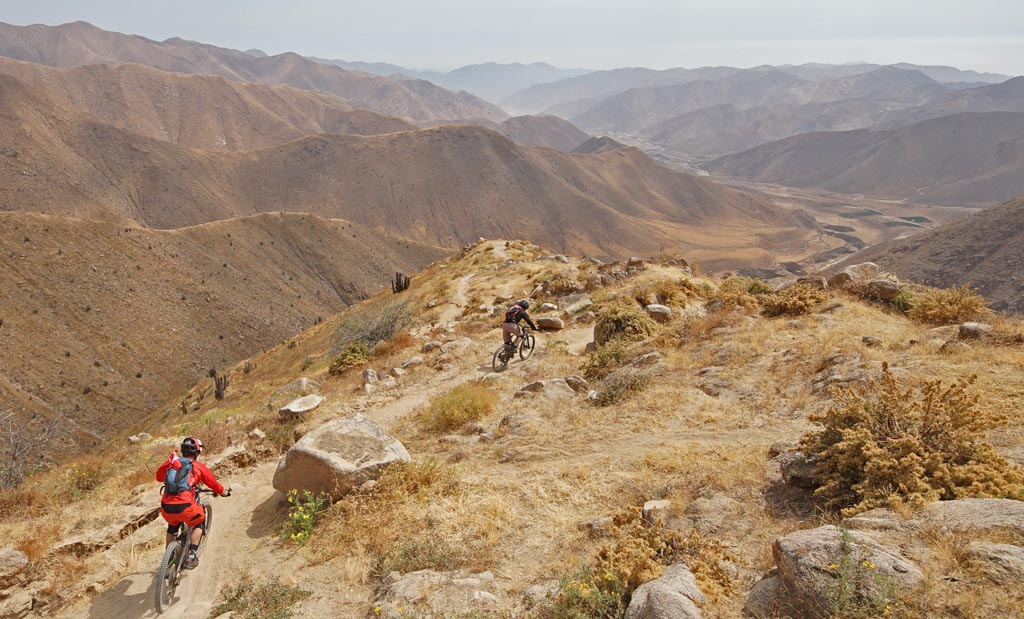 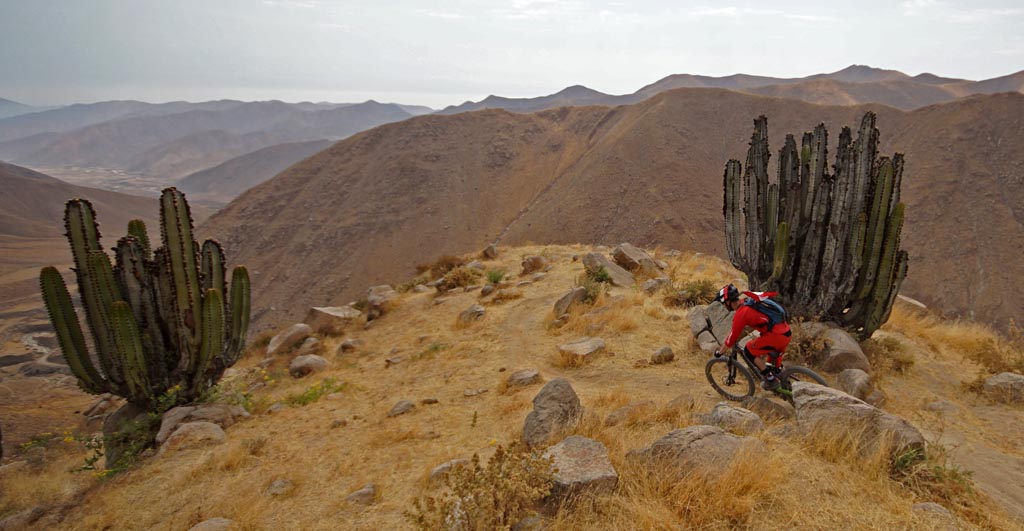 We ride down to the river on picture left

We have a break at the end of the DH Section. Recall that you have now done 2270m which is a full day by the standards of most other areas. But not Peru! At this point you can go up and do another ride on the DH trail, or ride down the river valley to the ocean. We opted for the pedal.

The river valley is scenic and practically deserted with only the odd farm appearing in the far distance. That can be explained by the fact that it doesn’t rain much on the Peruvian coastal lowlands which is the rain-shadow cast by the alarmingly large Andean cordillera. However, when it does rain the storms can be torrential and can result in mass flooding which is why the riverbeds are empty. Unfortunately a lot of poorer areas (barrios) end up being built on these river beds closer to the coast (people do need a place to stay) which can result in mass misery and property or life loss. A sobering thought as one nears the end of the pedal to the Pacific and get closer to the populated areas. 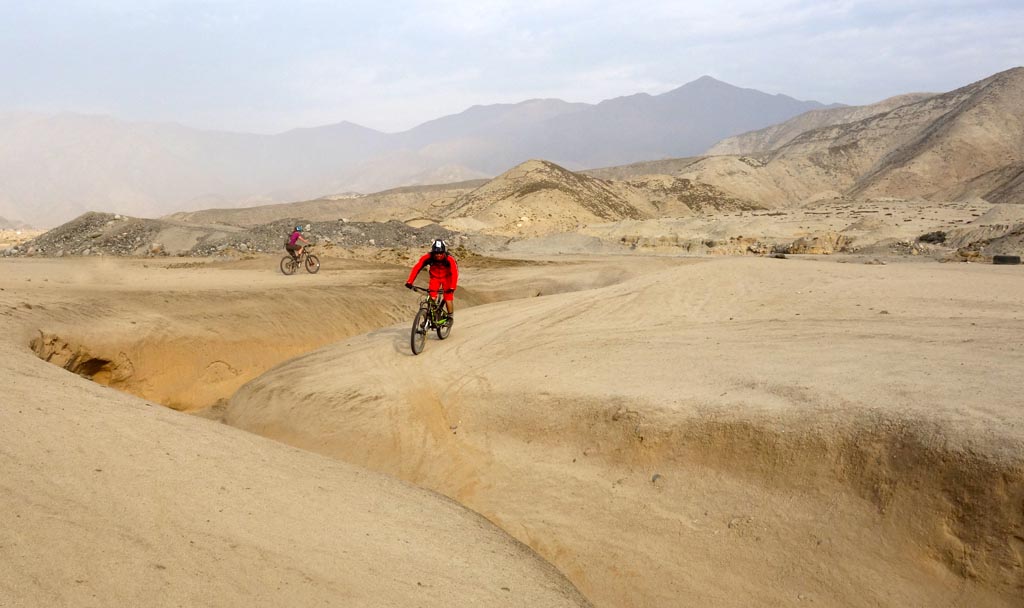 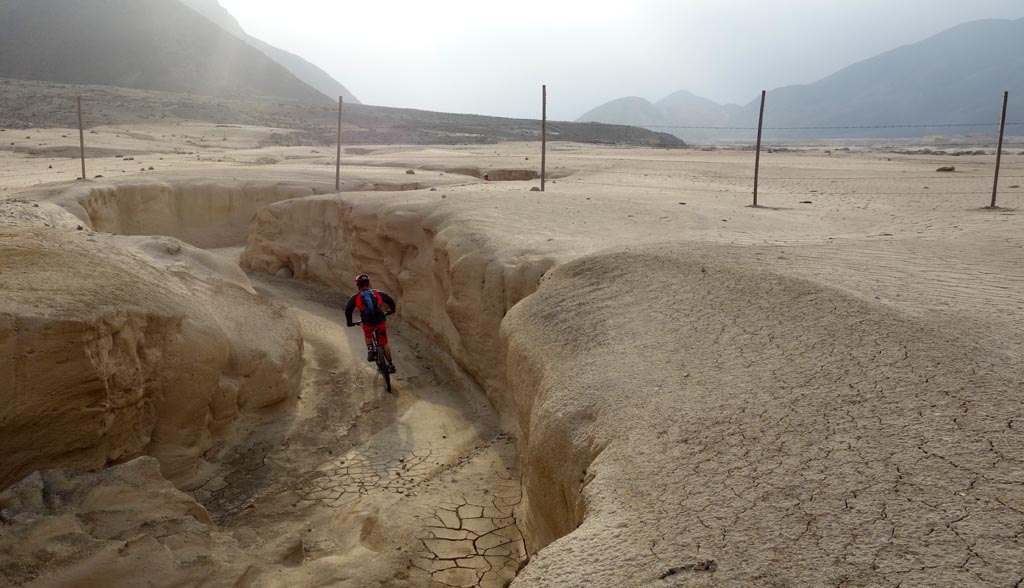 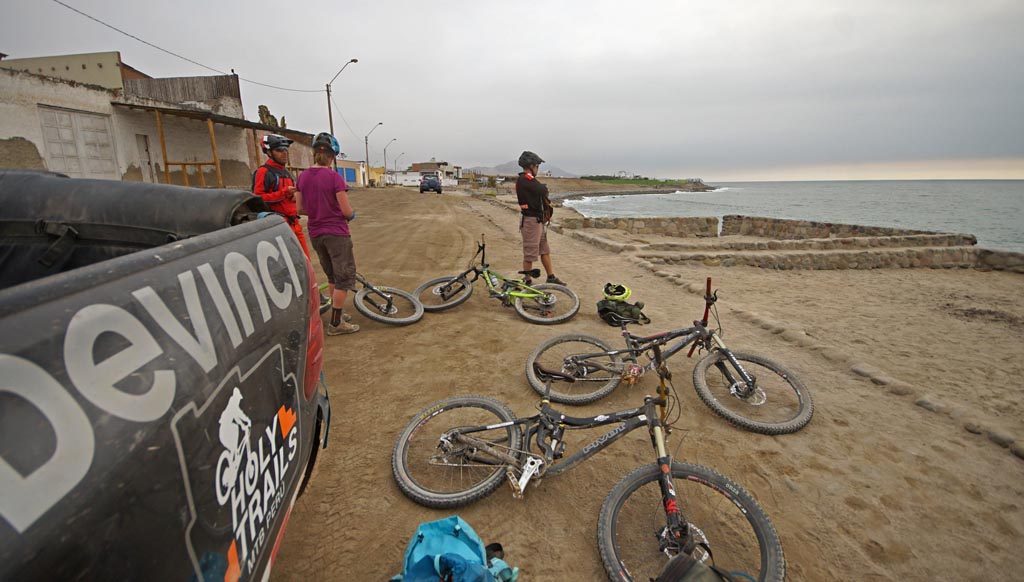 Finish at the ocean 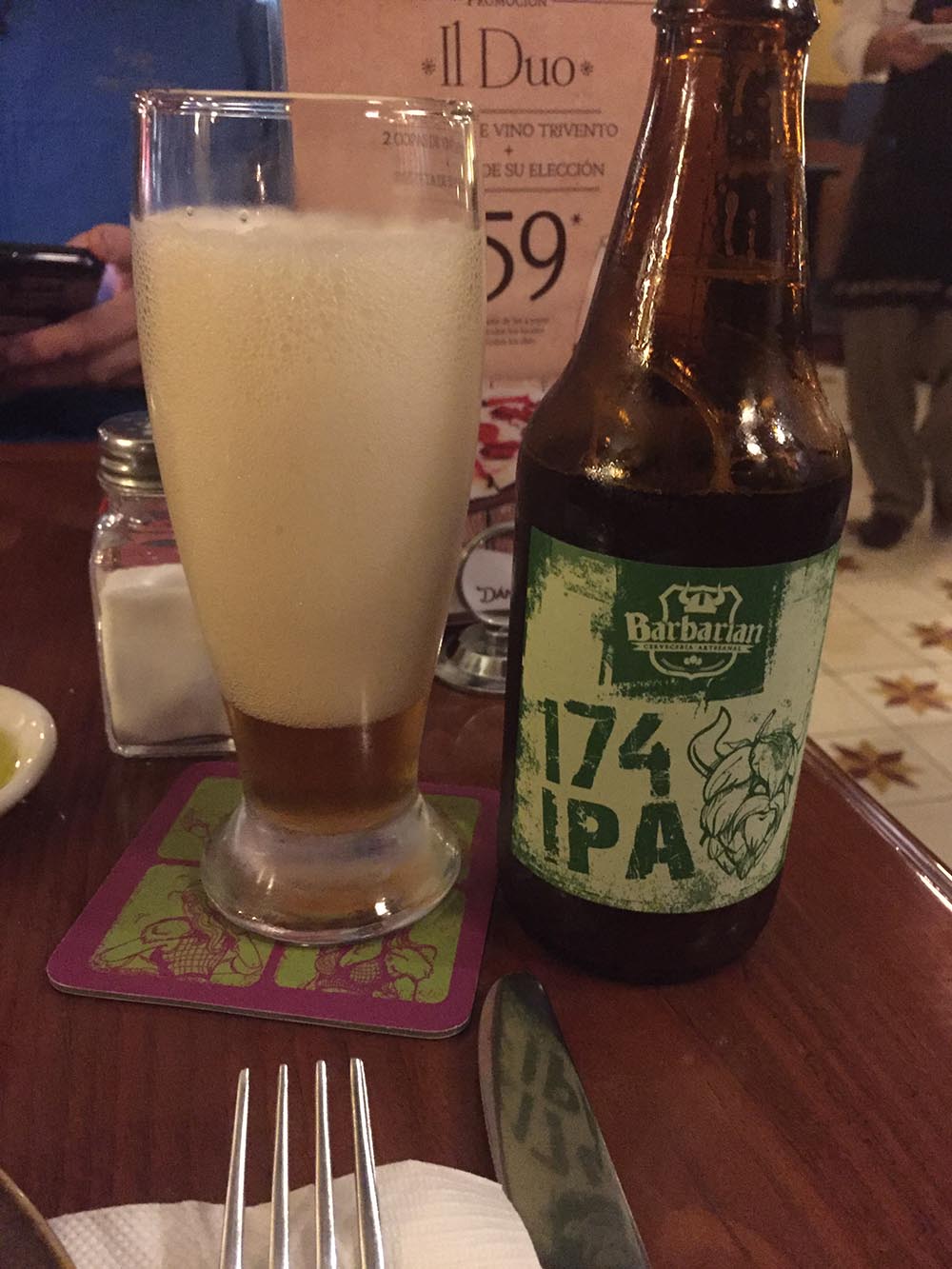 Lots of good beer in Peru!