TEAM PUKE- a now defunct racing team based mainly on Vancouver Island was started by some guys from the Cowichan Valley and Nanaimo area. Sick bunch of guys who loved the pain of xc rides and racing. None of them really got into free-riding. They didn’t need to – they already got all the pain they wanted from xc riding.

Time passes, the xc racing scene has gotten a lot smaller but hate rides continue. This is the fifth Vomit Launch, a tradition that Trevor, one of the original Team Pukers has continued. Basically, its a long long long ride with lots of climbing, descending and suffering in a ring around the Cowichan Valley.

There will be no pictures in this story so if you like pictures you won’t find them. 10 hours on a bike kills my interest in taking pictures for some reason. Here’s the elevation profile though. You’ll want to add 1 hour in the middle – around the 3 to 4 hour mark where the speed graph has flatlined – that’s where I knocked the sensor out of place. 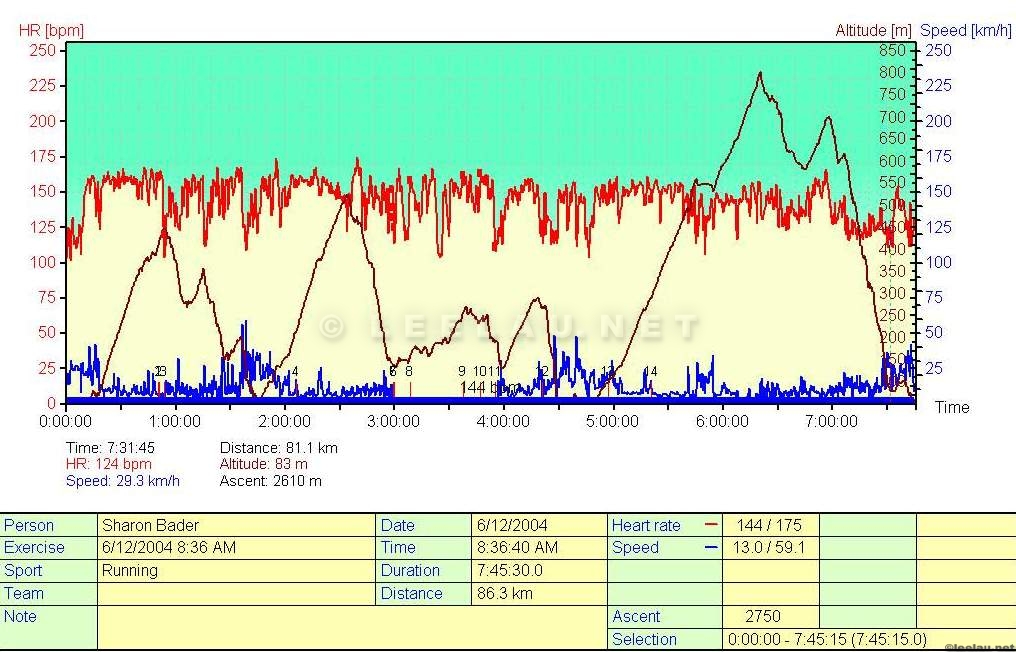 The true riding time was about 8 hours 45 minutes. Distance was 101 km. I think I missed about 500 m of ascending so there was actually about 3250m of climbing. I kept the heart rate low so I wouldn’t blow up at some stupid time = like say hour 8 when I was climbing up Prevost or something.

The map below should give you a better idea of the riding route. The following times don’t include road riding sections which I suggest you use as opportunities to spin and rest as the climbs and singletrack descents are stiff enough that you won’t have time to rest. We start with Mt Tzouhalem which takes us about 1 hr and 45 minutes. Then we ride the road to Maple Mountain which takes about 2 hours to cover. Mt Richards is relatively easy and takes about 45 minutes to get up and down. Mt Sicker and Prevost are the worst as they are the steepest longest climbs and also come about 5 to 6 hours into your ride. That section took about 3 hours to cover taking two loops of the top of Prevost. It also proceeded to dump cold rain on us right at the start of the downhill section so we were all pretty beat after all was said and done. 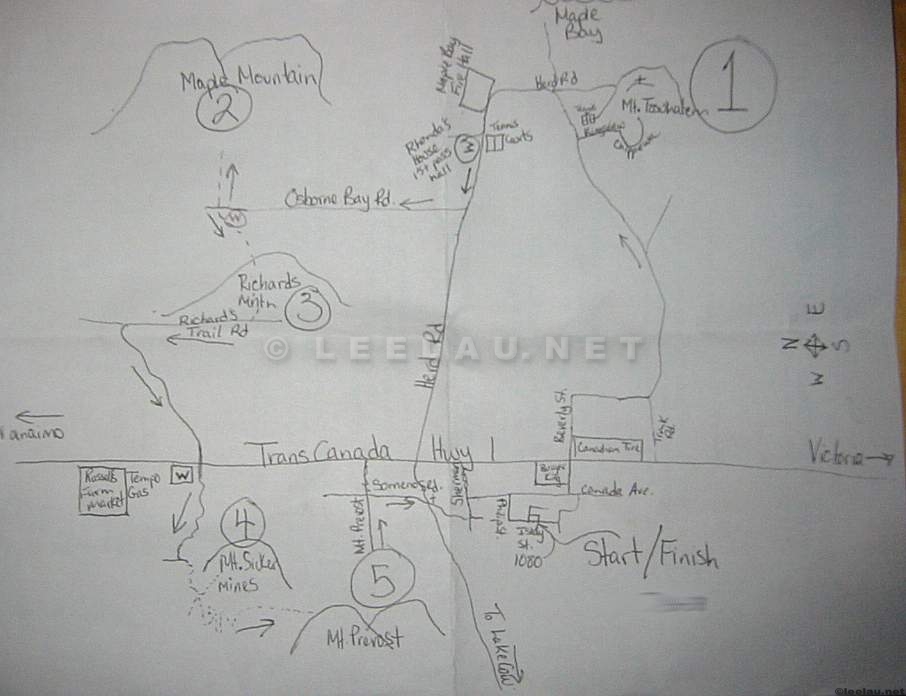 This entry was posted in 2004, bike and tagged team puke, vomit launch. Bookmark the permalink.

One Response to Vomit Launch with Team Puke