After finishing off the photo-whore granite session fest that was the Tower of Power off we go to Cream Puff. Cream Puff can be ridden from the gravel quarry just east of Pemberton or can be shuttled. Since the first leg of this ride has taken so long I elect to shuttle so off we go.

Group shot at the top with the ubiquitous Mt Currie in the background. The slope can and is heli-skied in winter. Directly in a line with the avalanche chute on the right of the picture is the Tower of Power past the ridgeline. 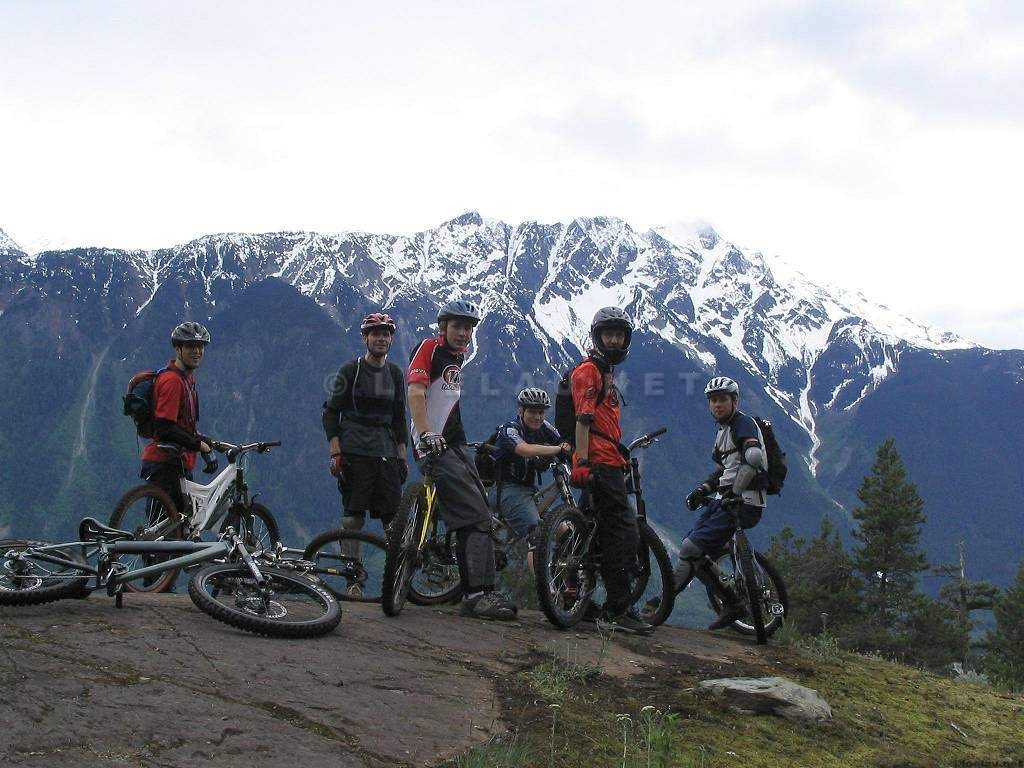 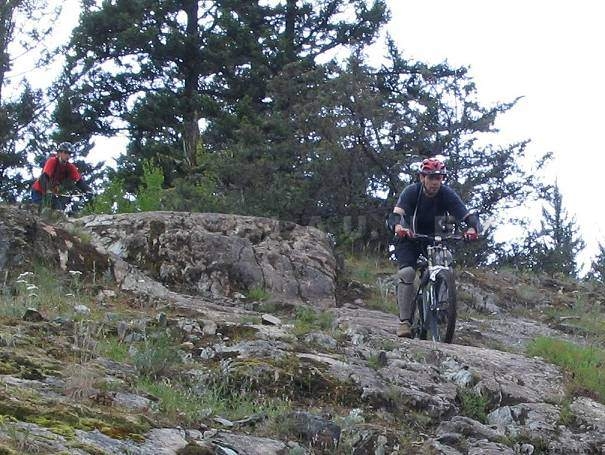 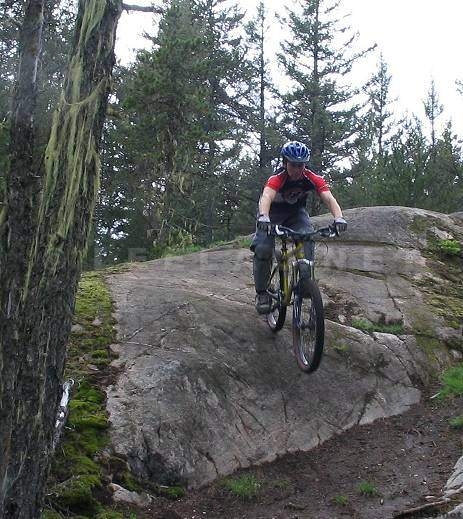 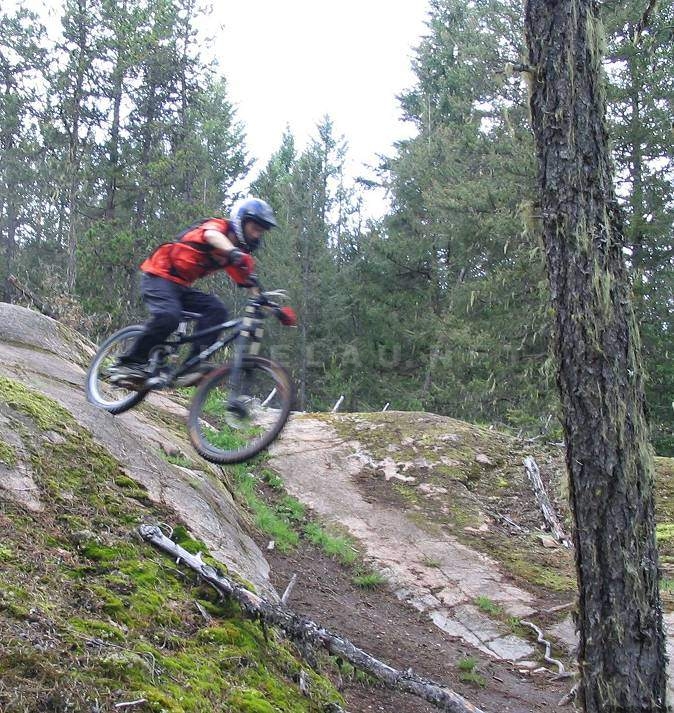 Pete finding a gap that I haven’t seen in many many years of riding this section. Impressive! Just after this is a rock vein with granite whoop-de-doos and little jumps all over the place. CreamPuff is just crawling with treasures like this. Pete off a rock. 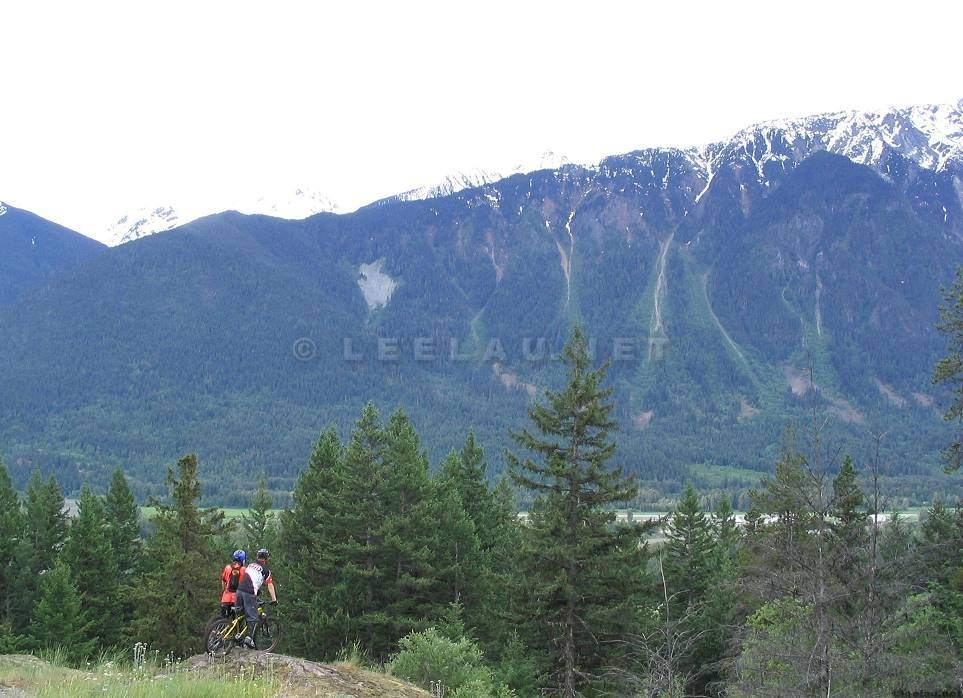 The last section of trail gets steeper. Here’s Sean. 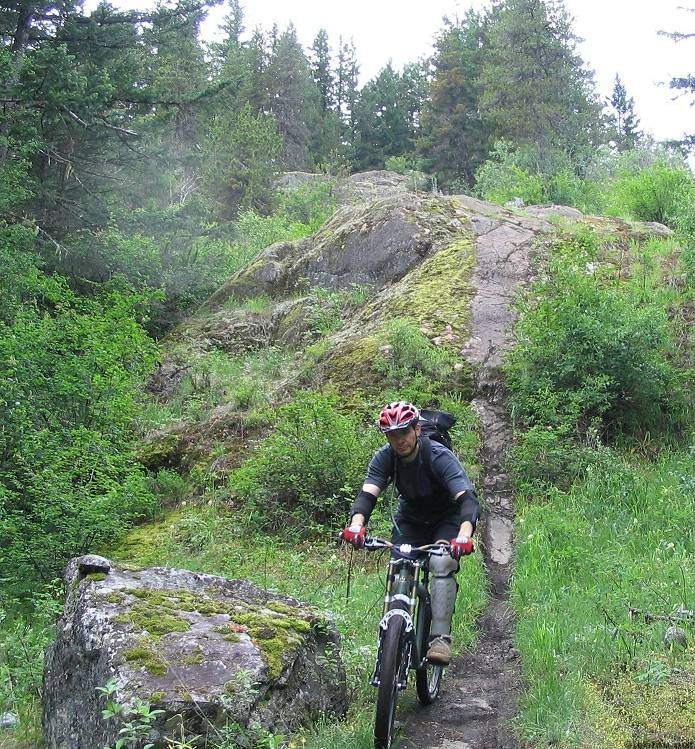 Then finallly, I get in a picture. 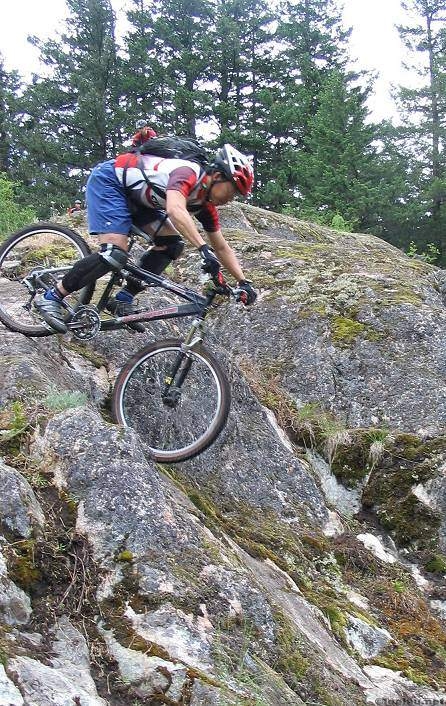 Sean on that very same line but from a different angle 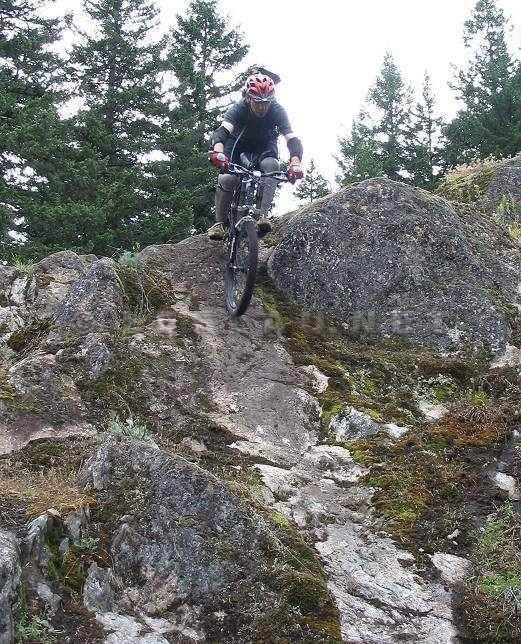 and then Chris takes a turn At the bottom we find that Pete has stripped a crank. Its now late so we abandon the idea of doing a third trail and off we are to Whistler Bike Co in Pemberton for bike repairs.

This entry was posted in 2004, bike and tagged cream puff, pemberton mountain biking. Bookmark the permalink.