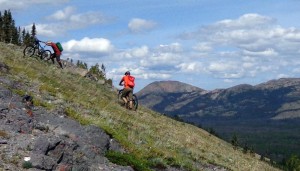 Trevor, Bryce and I headed to the Chilcotins for our annual take our bikes for a hike excursions. This time we elected to take the Tyax Adventures floatplane air donkey to Lorna Lake. We planned to spend three days and two nights base-camped at Lorna Lake then work our way back via ridgelines and alpine to our starting point at Tyax Lake.

Our first day was spent eating, then eating again. Then boarding the air donkey to Lorna Lake to setup camp. After all was said and done we were ready to start a trip with daypacks out-and-back to Cluckata Ridge just before the crack of noon. I had approached Cluckata in 2006, circumnavigated it in 2009 and approached it via Tosh Creek in 2012; it’s a beautiful feature that’s got pretty views and a convenient approach.

The route itself from Lorna Lake is a piece of cake and is well marked on the Trailventures Map. Up Big Creek, then Grant Creek you go. Don’t miss the faint trail heading NW climbing through meadows and sparse trees to a cowboy camp by the lakes at the foot of Cluckata. The ridge itself is nice and wide and meanders up towards a small set of bluffs where you can drop by your bikes then scramble to a small sub-peak. I guess you could keep going on kinda ugly rocks to the true “summit” of Cluckata if you’re into peak bagging. Or you can just chill and take in views. 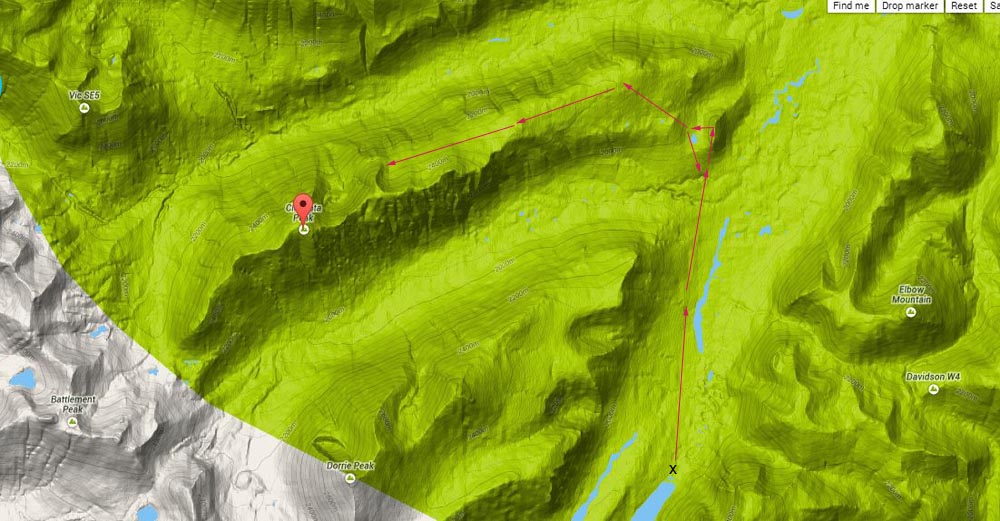 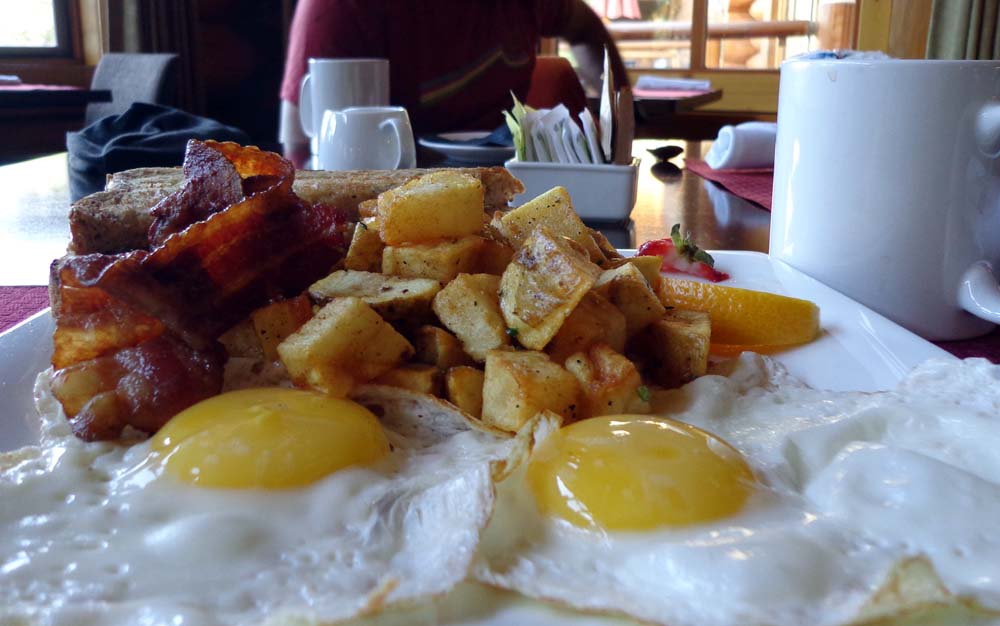 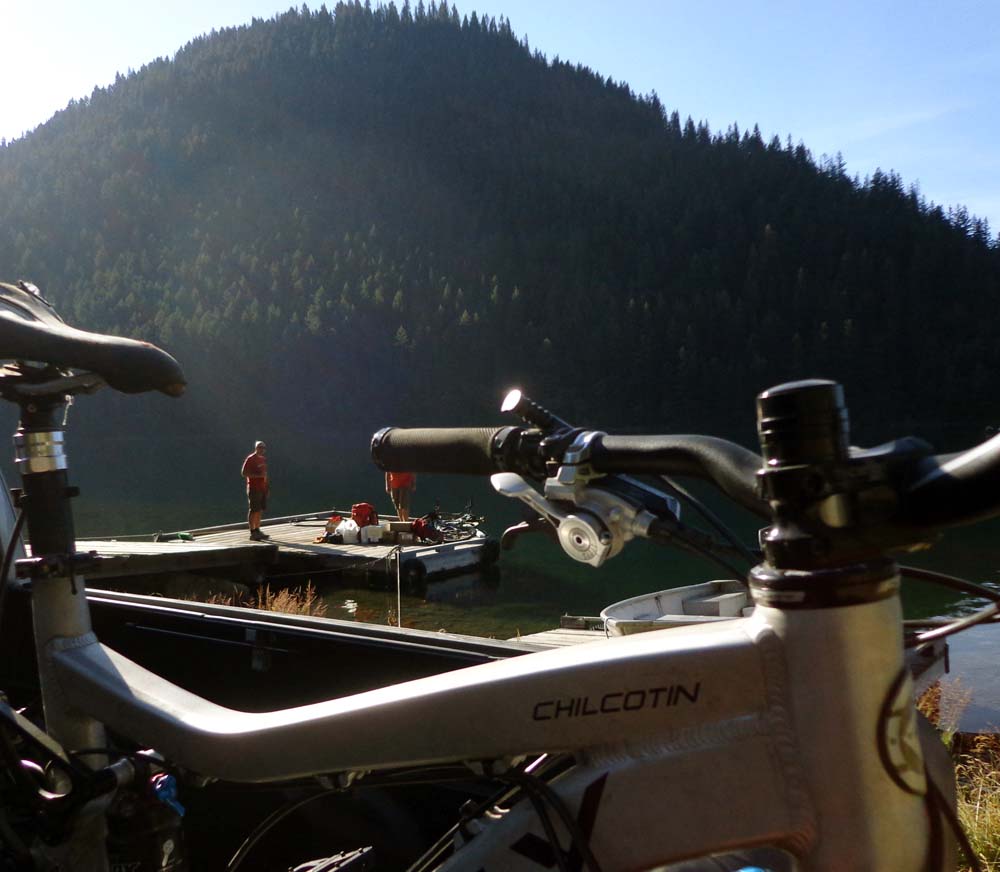 At the Floatplane Dock

Notes at the dock 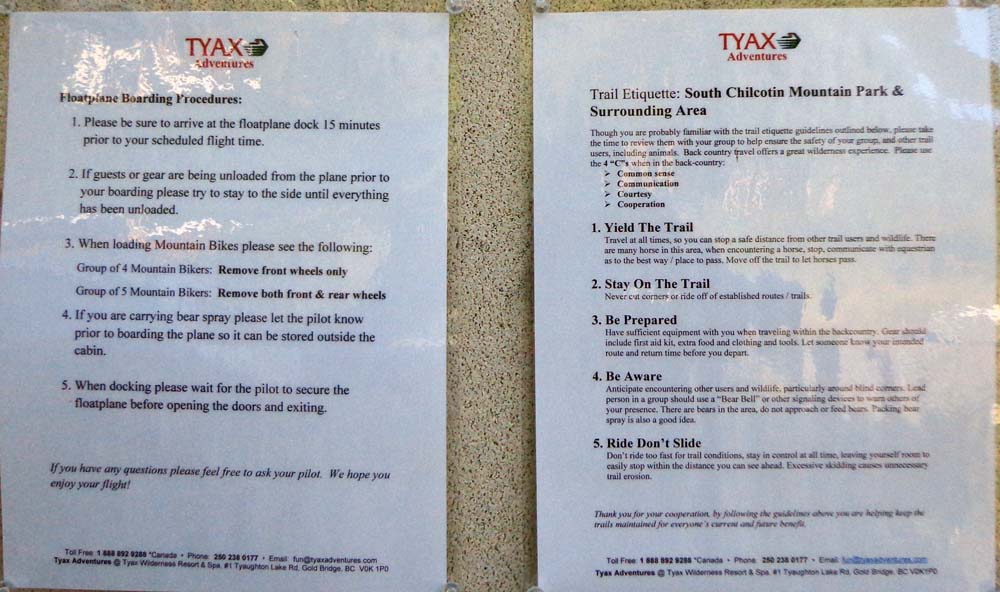 See point 4 on the right. Make noise. 9 out of 10 groups (hikers, bikers, equestrians) we see are dead silent and that is just inexplicable. Mr Bear will avoid you if they can hear you. Other users will know you’re approaching and that’ll mitigate user conflict. So fart and scream loudly. 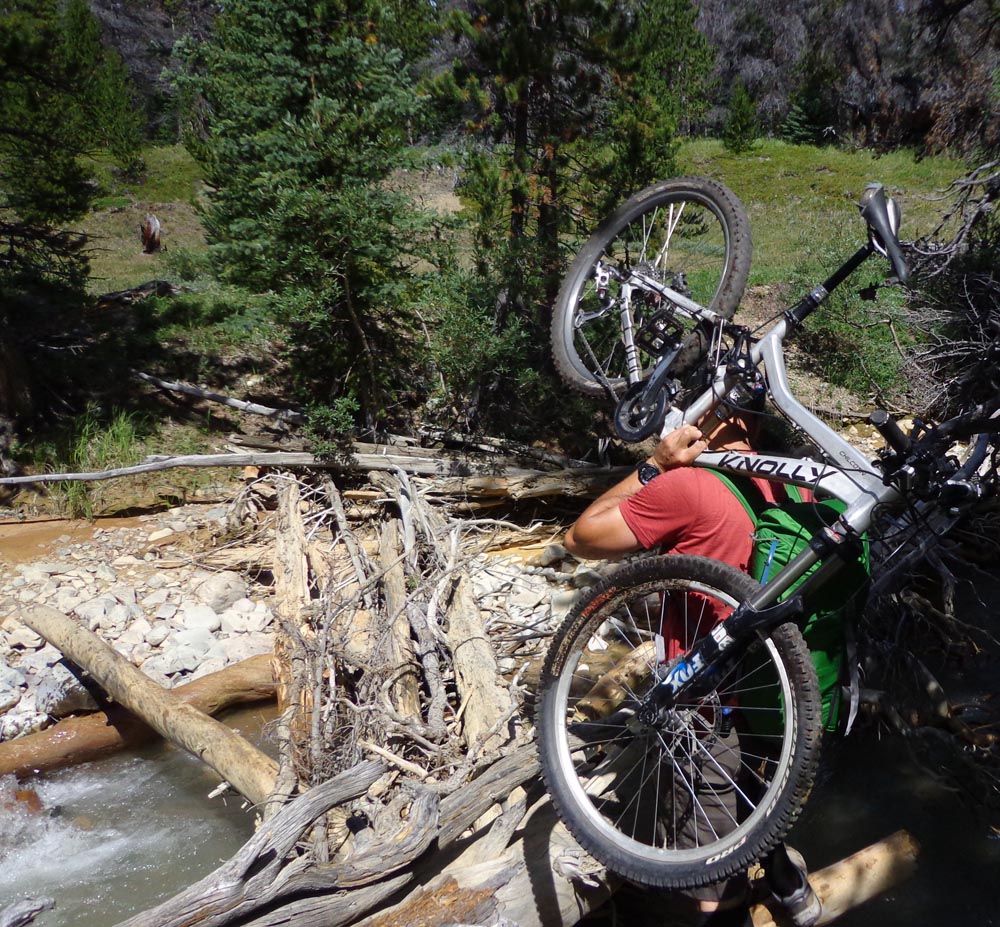 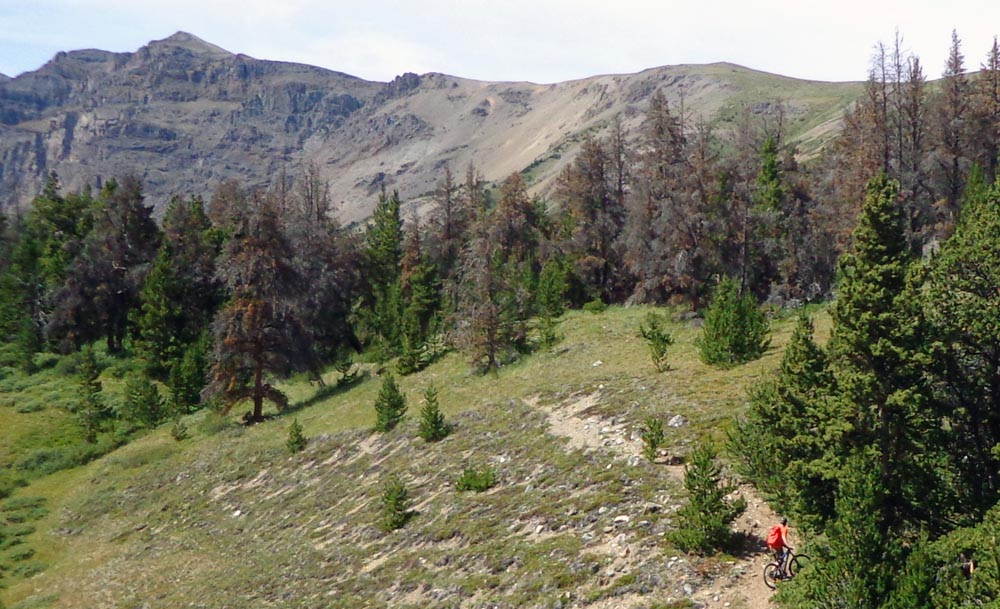 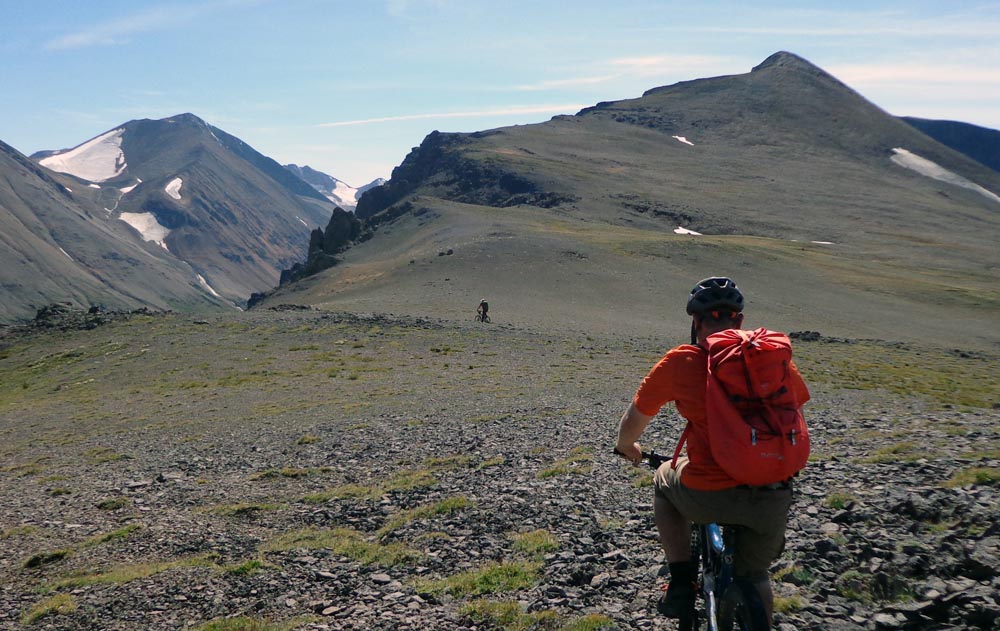 Reaching the alpine and heading to Cluckata. Dorrie Peak and its ridge is to the south 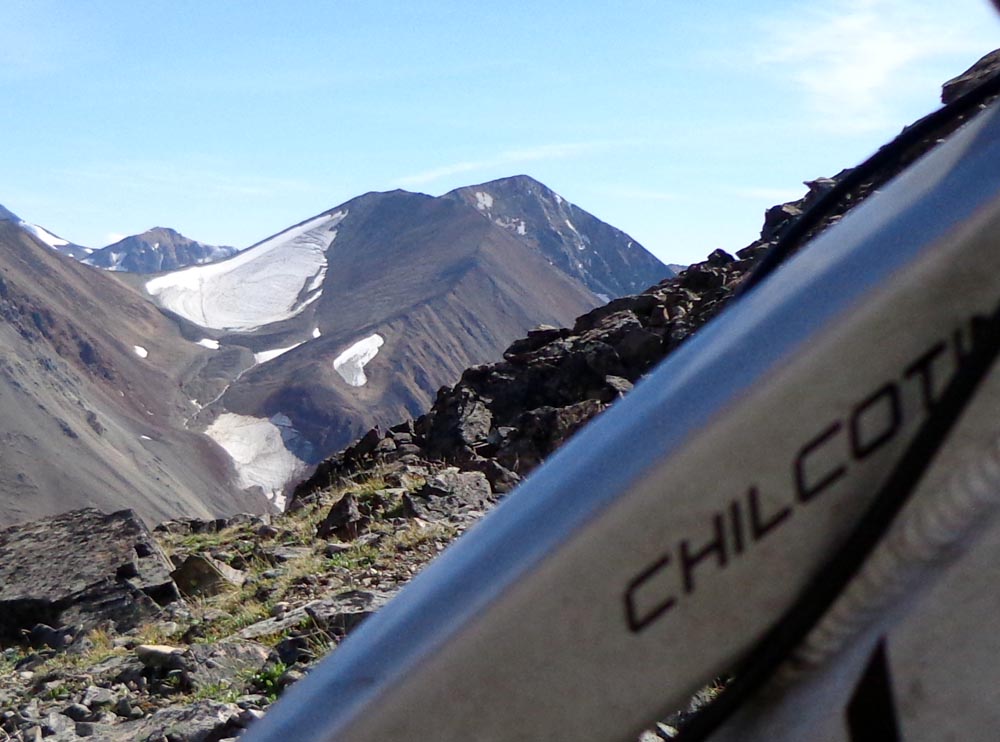 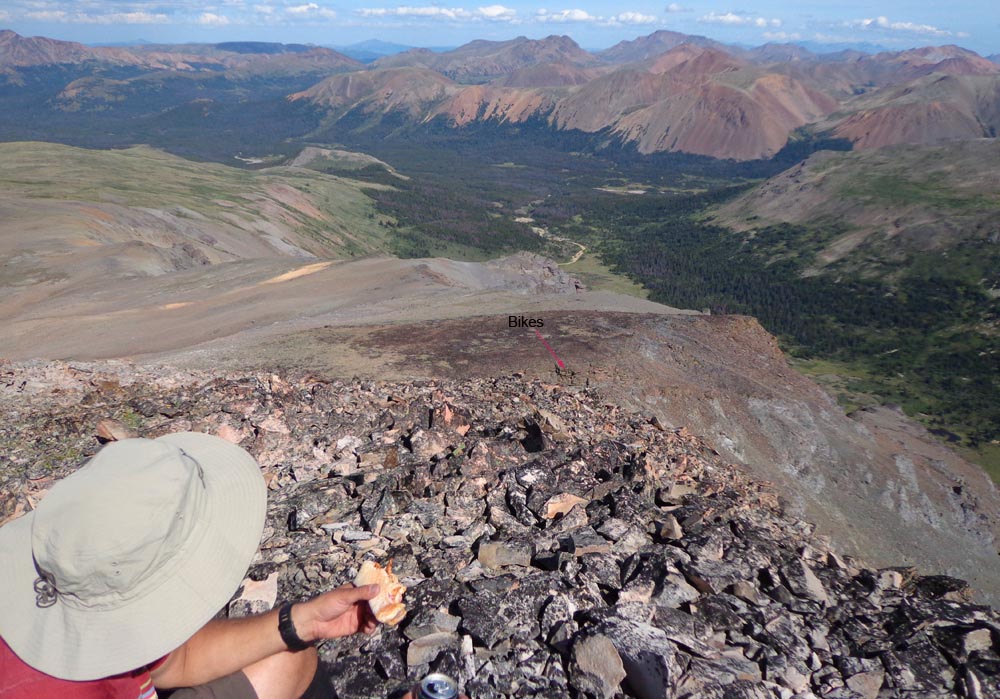 Chilling and taking in views. Looking E towards Graveyard and Elbow

Meandering down the ridgeline 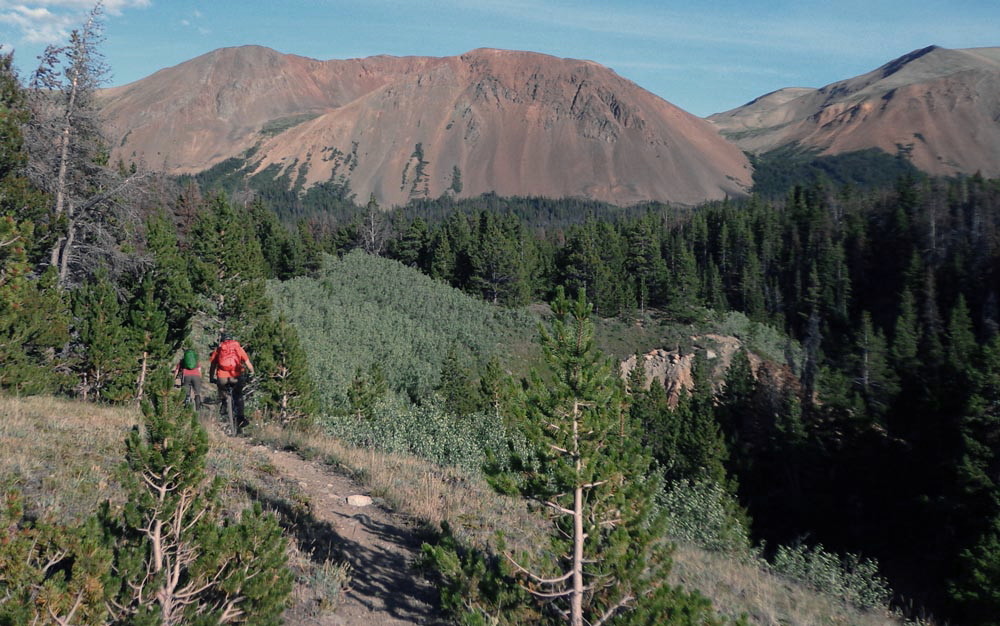 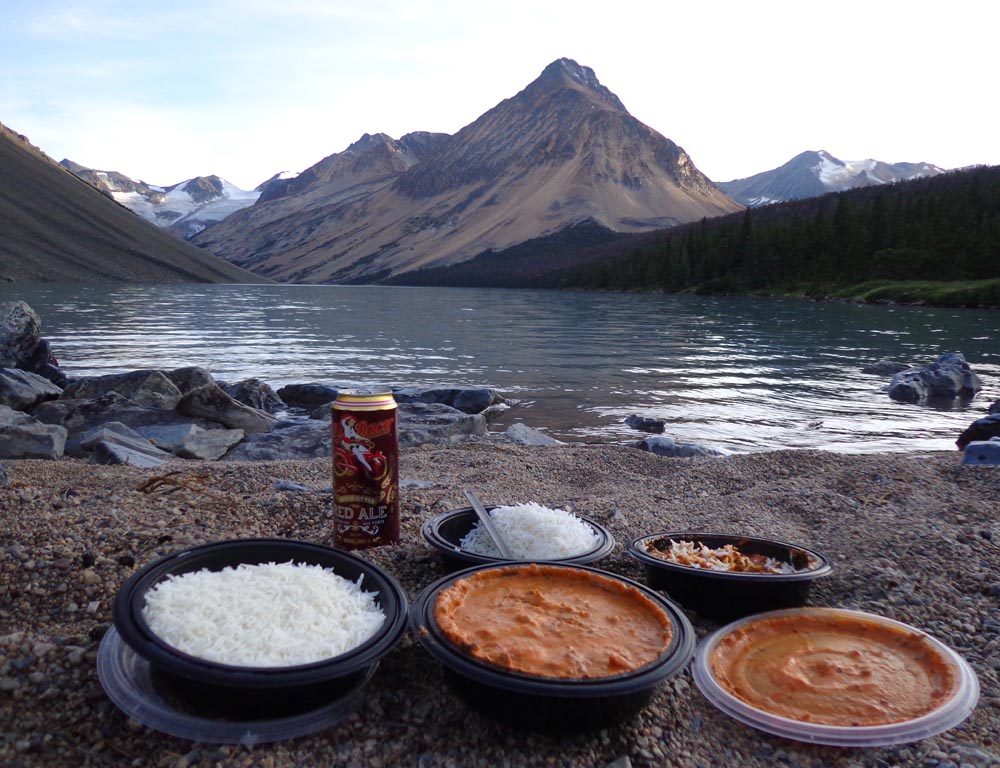 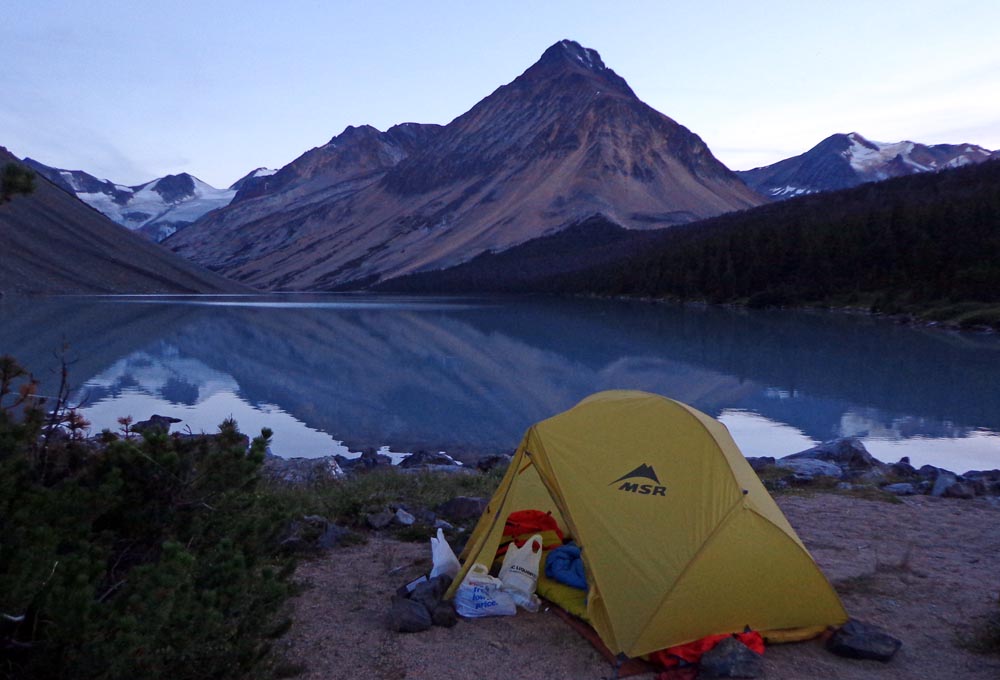 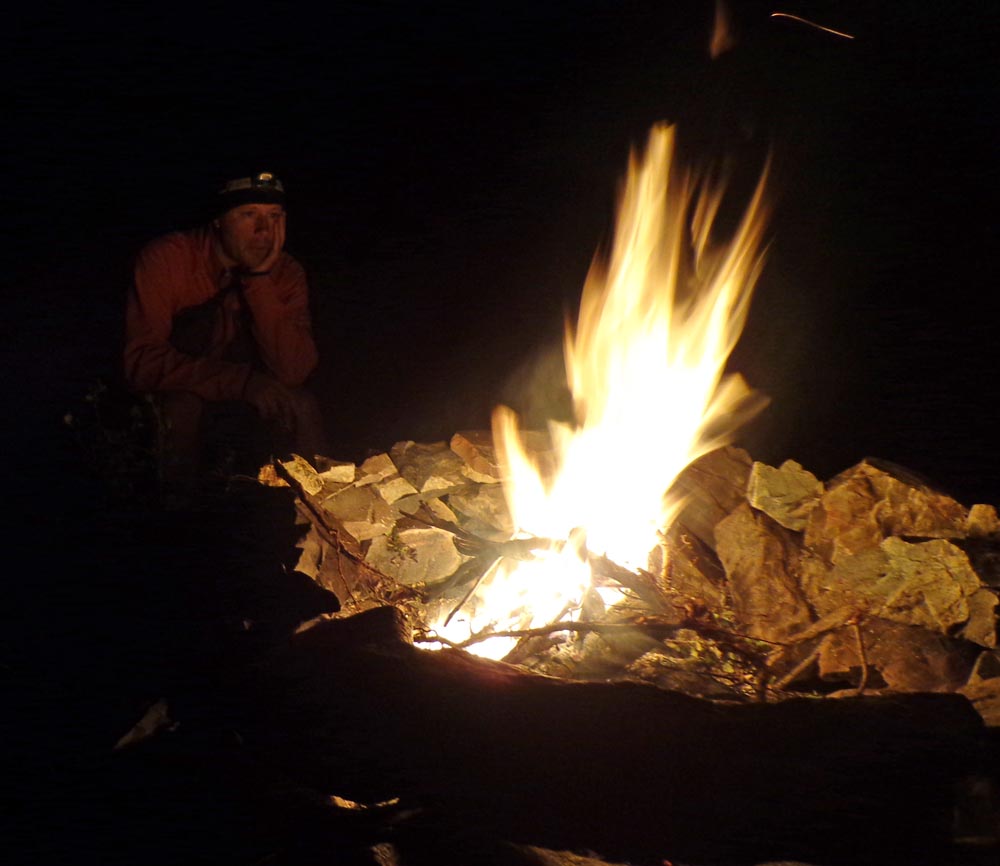 This entry was posted in 2014, Bike and tagged Chilcotin, chilcotin2014, Chilcotins, Lorna Lake. Bookmark the permalink.