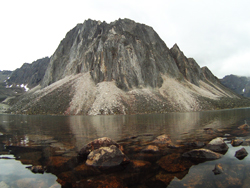 Tombstone mountain itself is close to Talus Lake, a 6.4km jaunt from Divide with little elevation change. Talus Lake is at at 1383m, Divide Lake is at 1392m. A defined trail leaves Divide Lake, after this area we were told to spread out and prevent the creation of a trail to reduce impact. ok.

We wake to cloudy but not threatening skies. 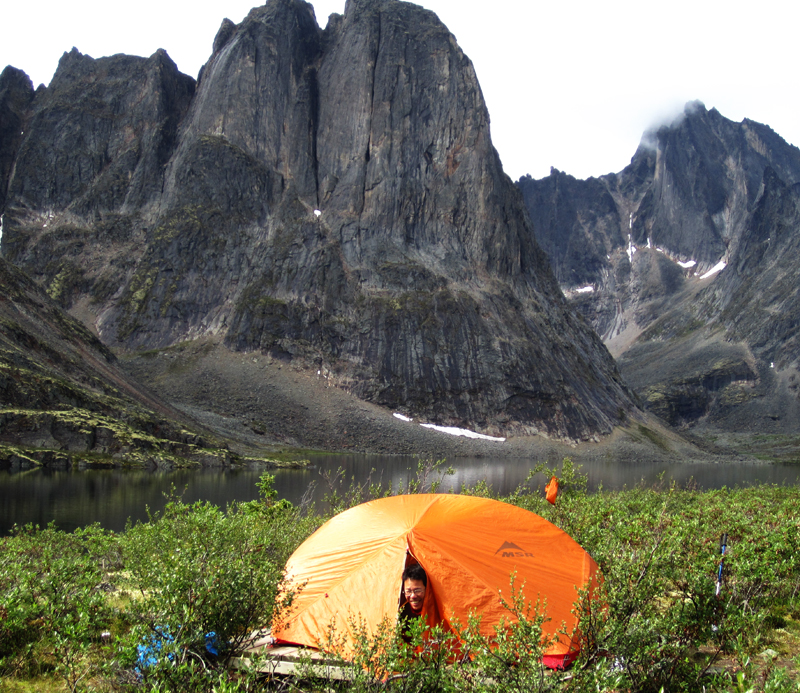 After a leisurely breakfast we start our walk to Talus Lake. Lee wants his bike on this section of trail. 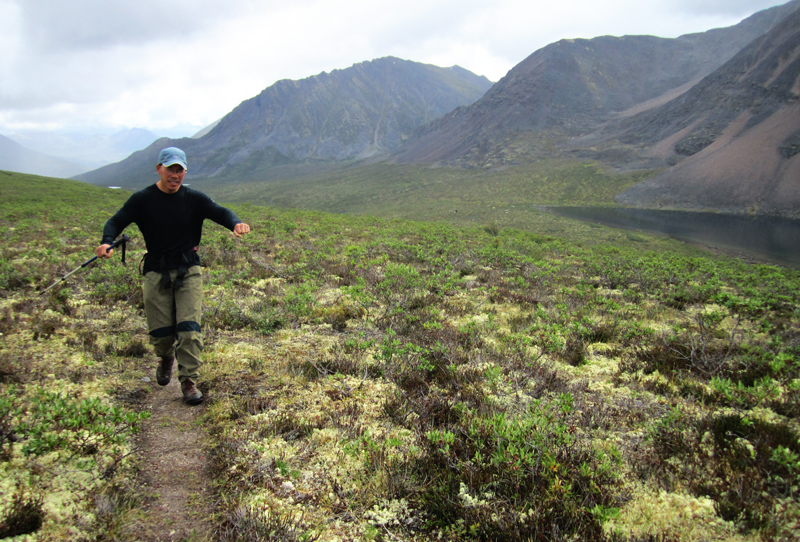 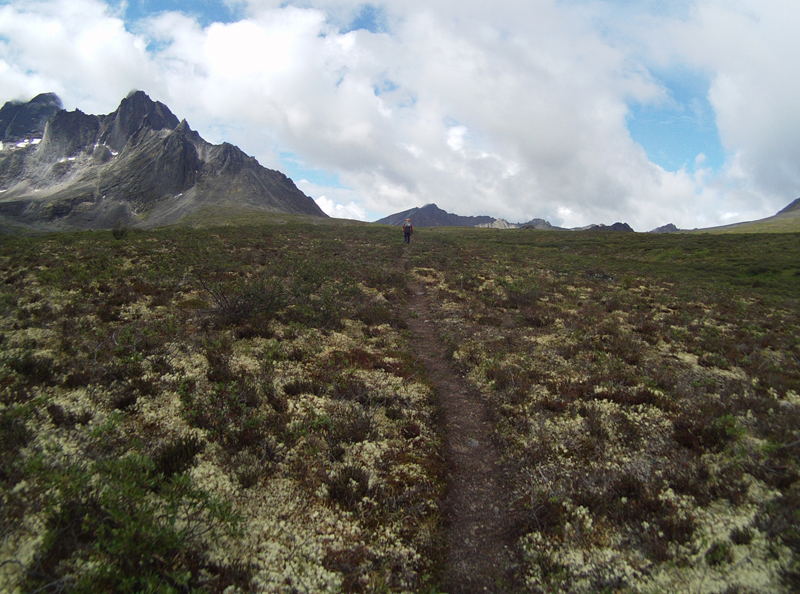 The diversity of plant life, lichen and views abounds in this area. 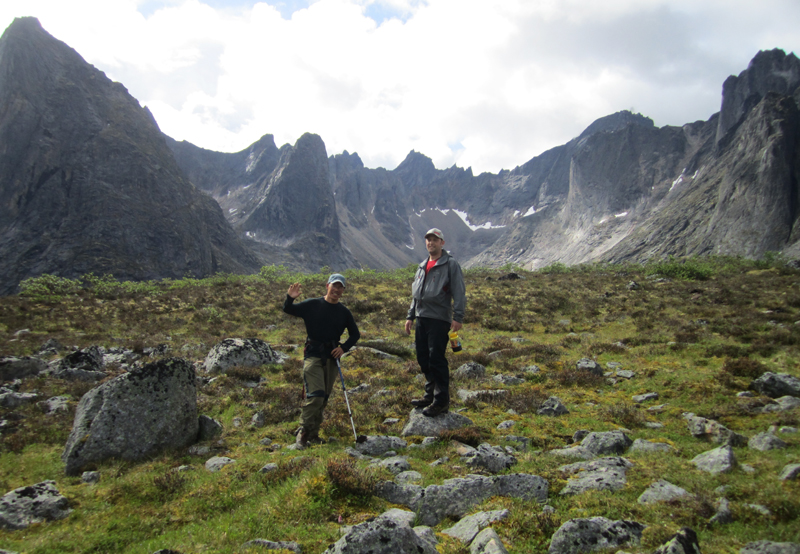 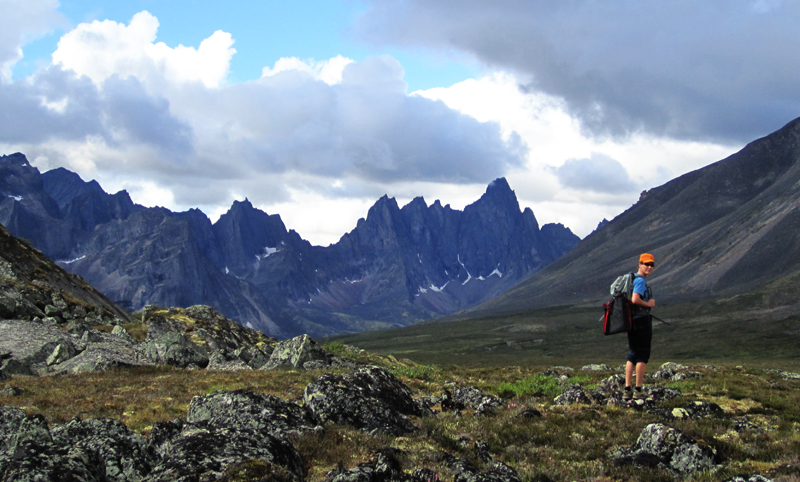 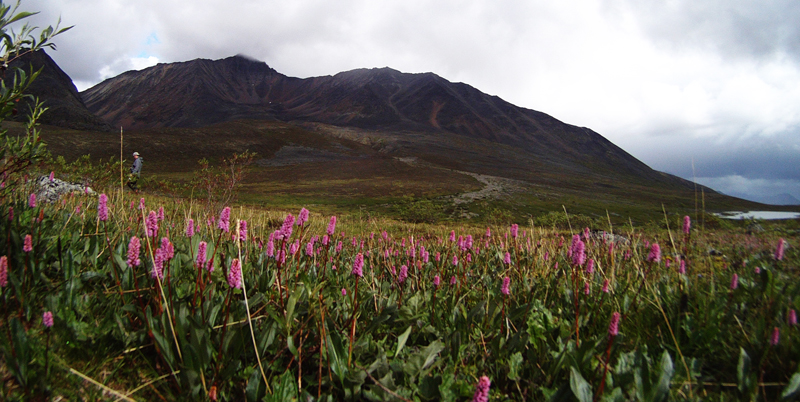 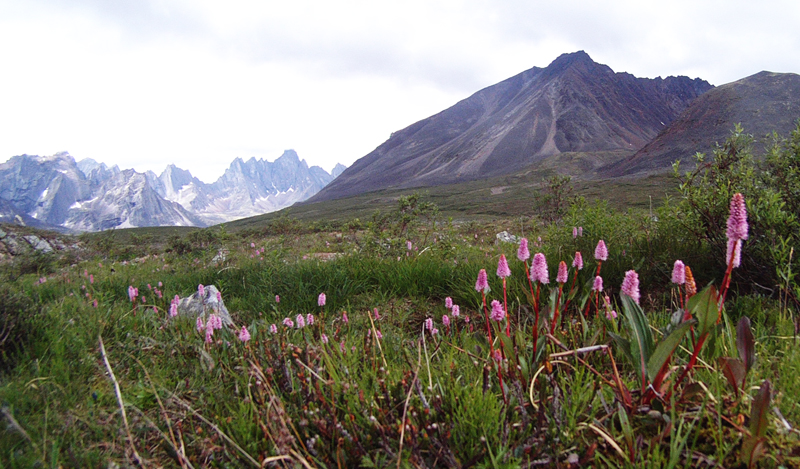 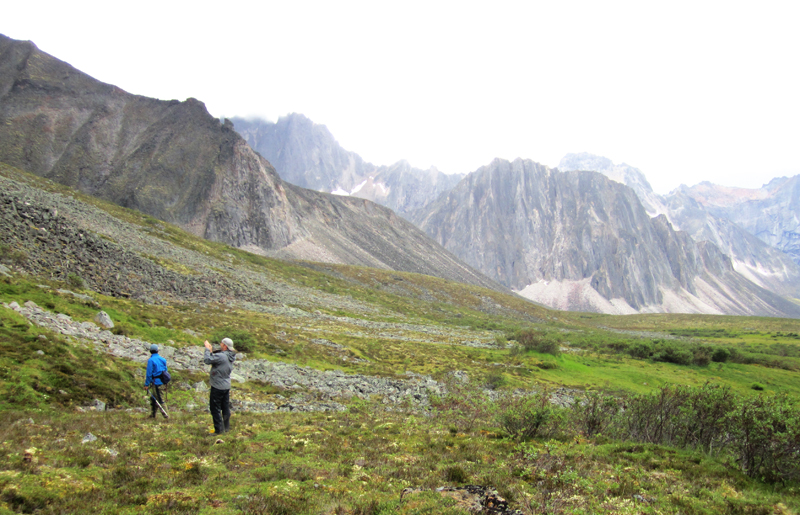 Many small lakes punctuate the valley. 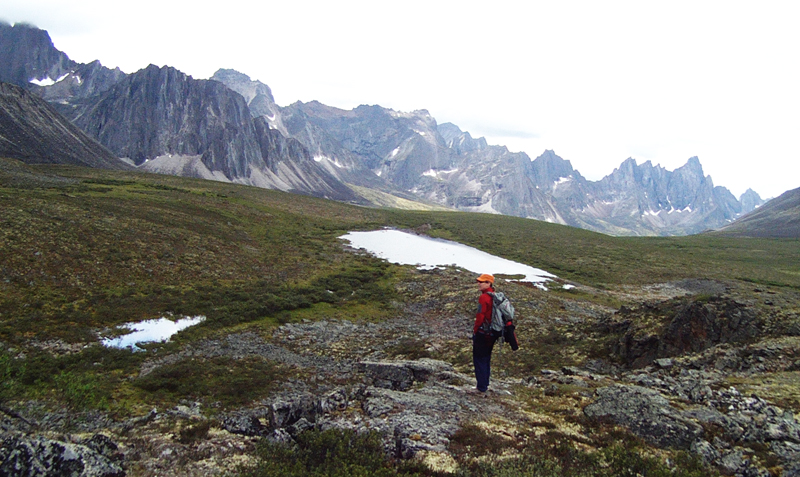 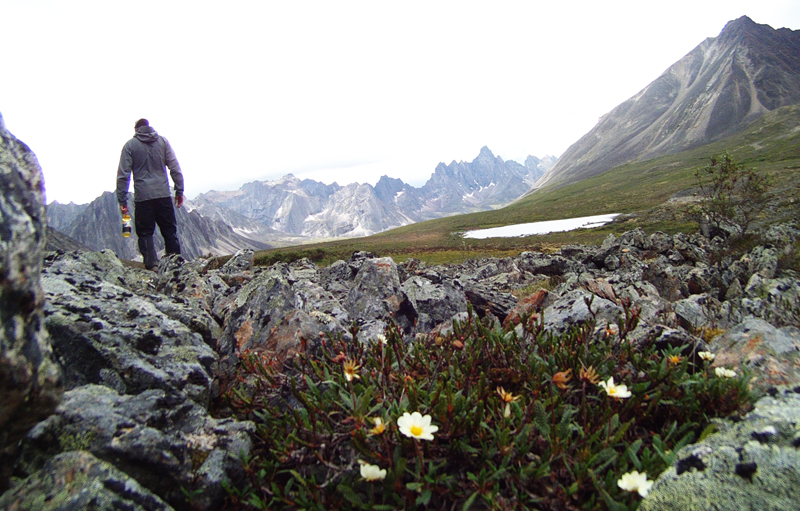 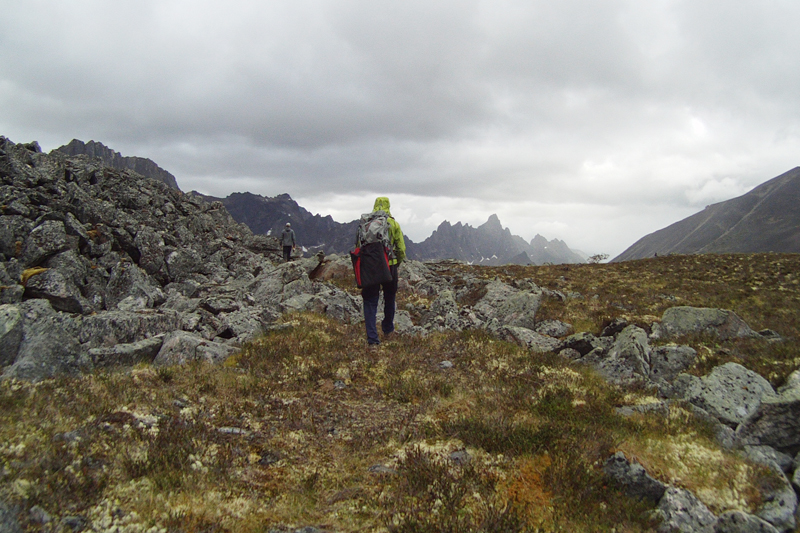 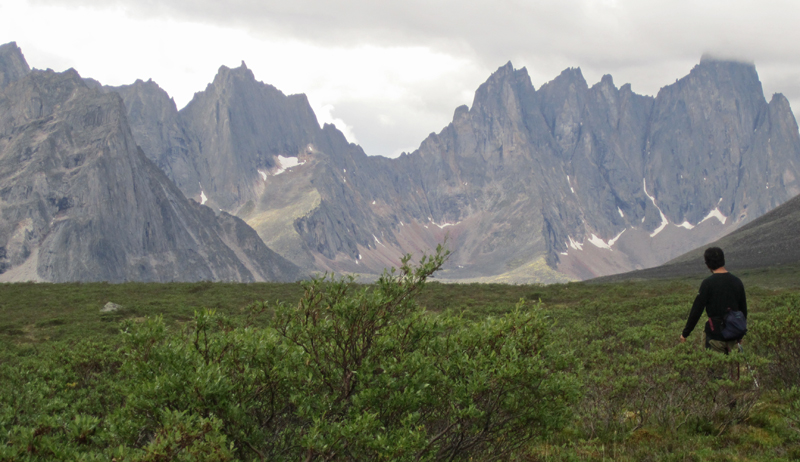 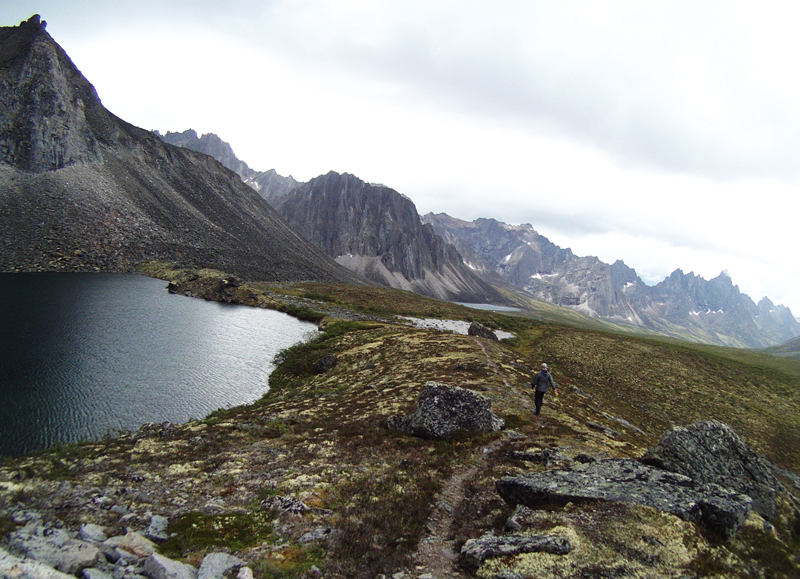 These lichen were very abundant. 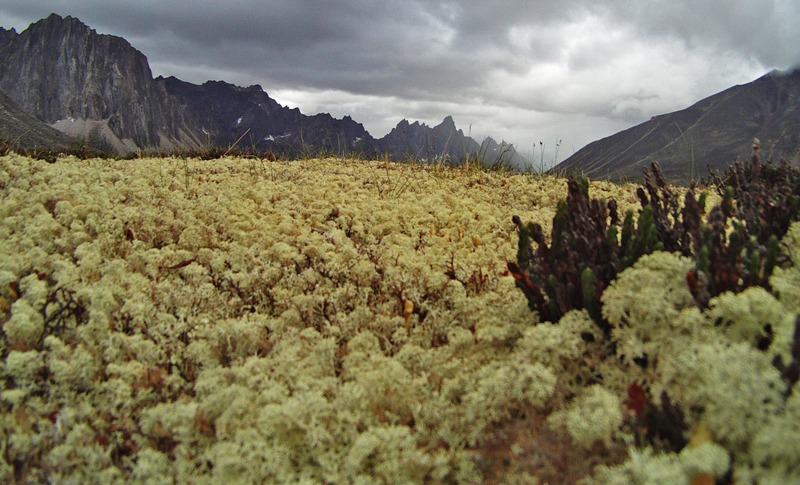 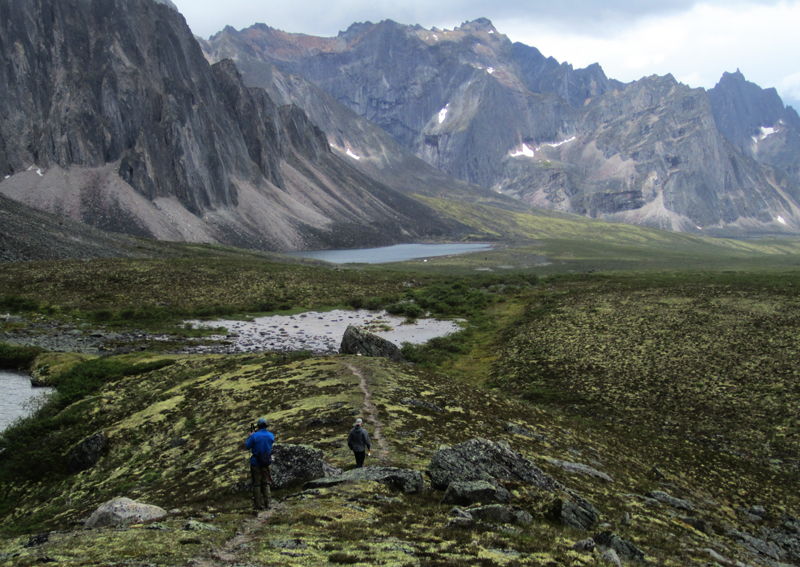 Talus lake with Tombstone mountain in the distance. 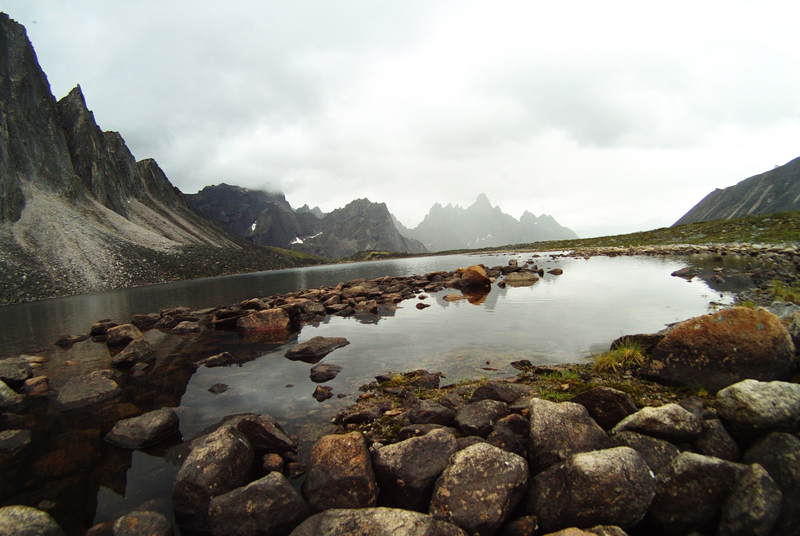 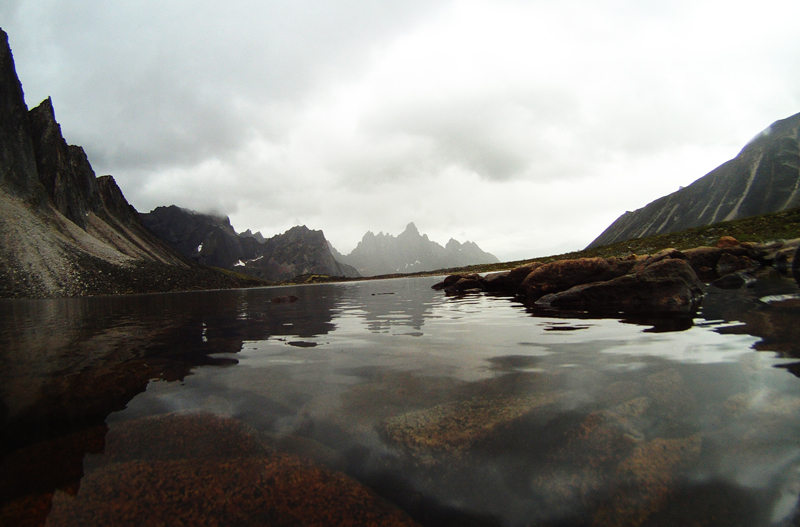 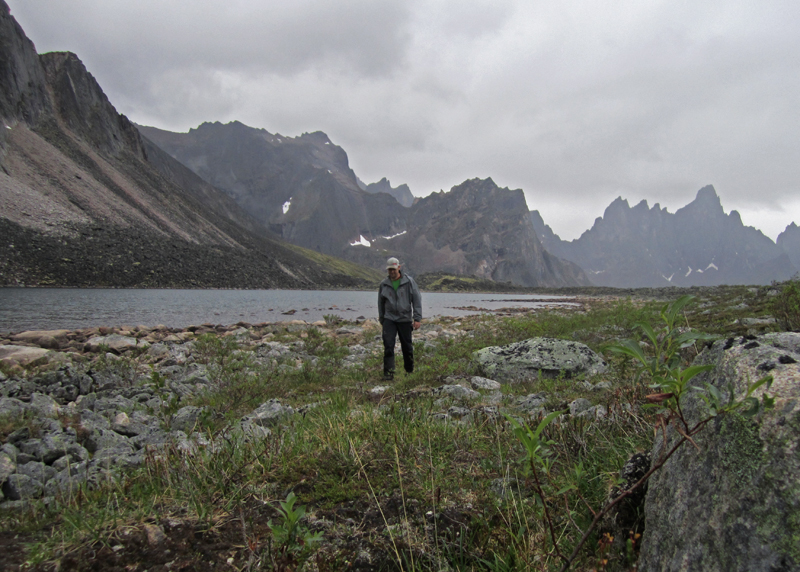 We find an evergreen tree! They don’t grow them big up here! 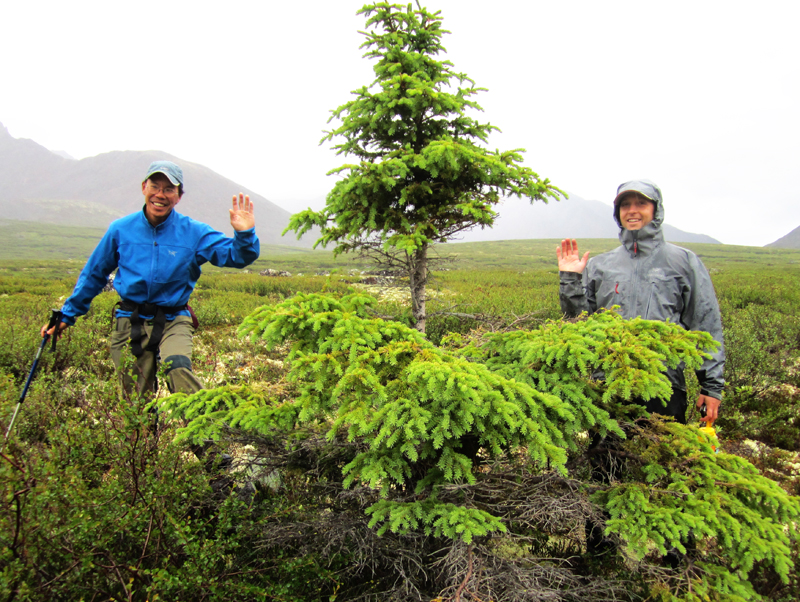 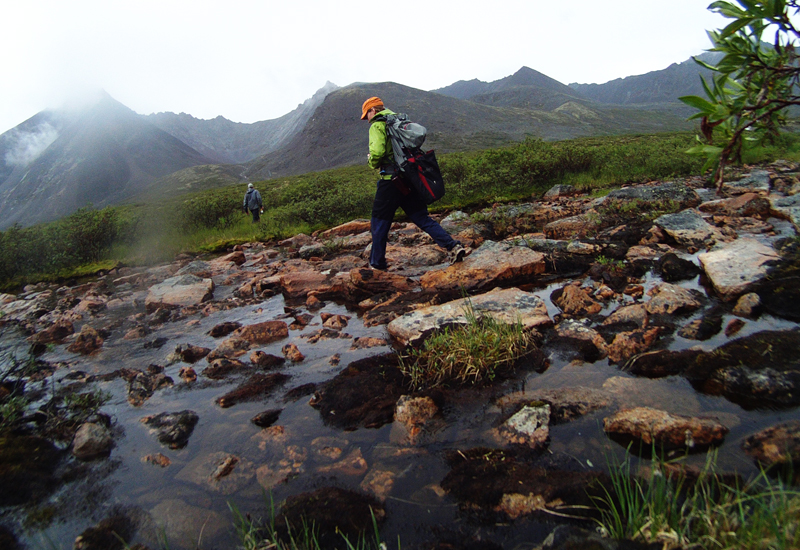 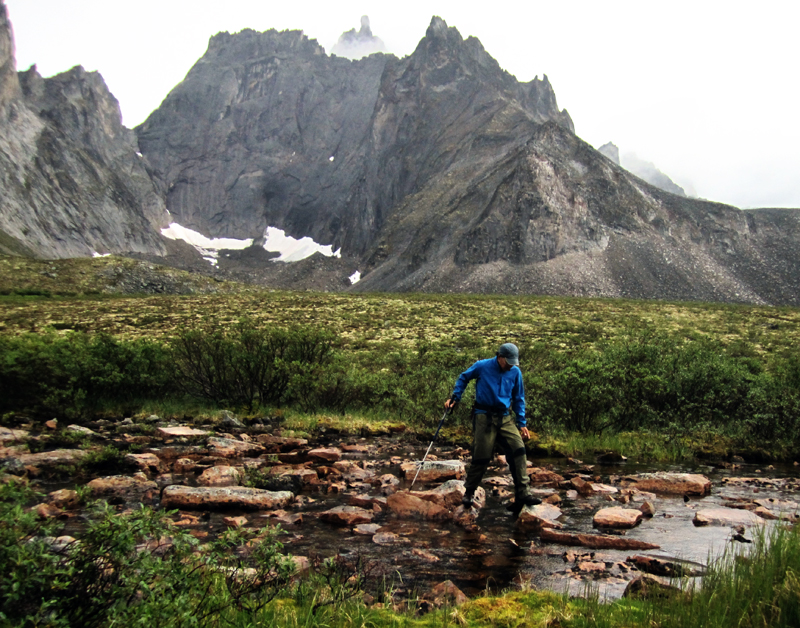 We stop in the sunshine for a break and to take in the view. 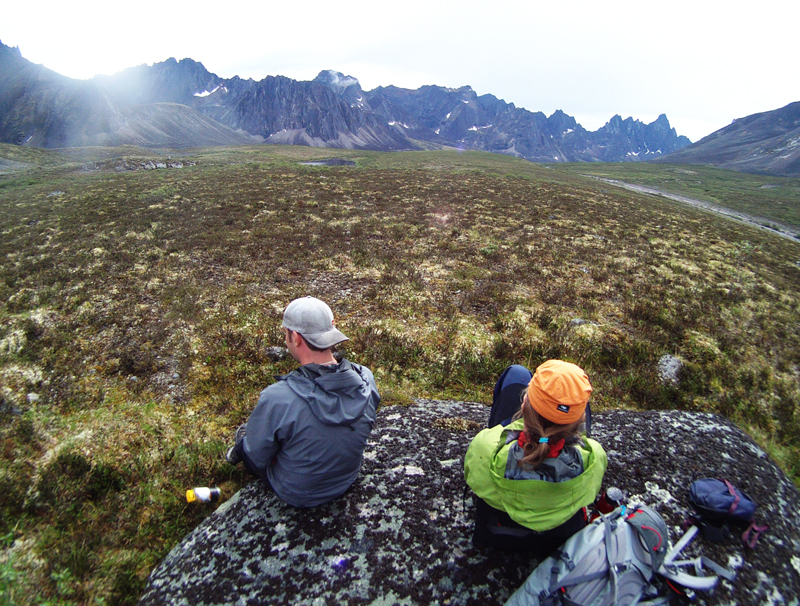 Before heading back to Divide Lake

The backside of this is Grizzly Lake 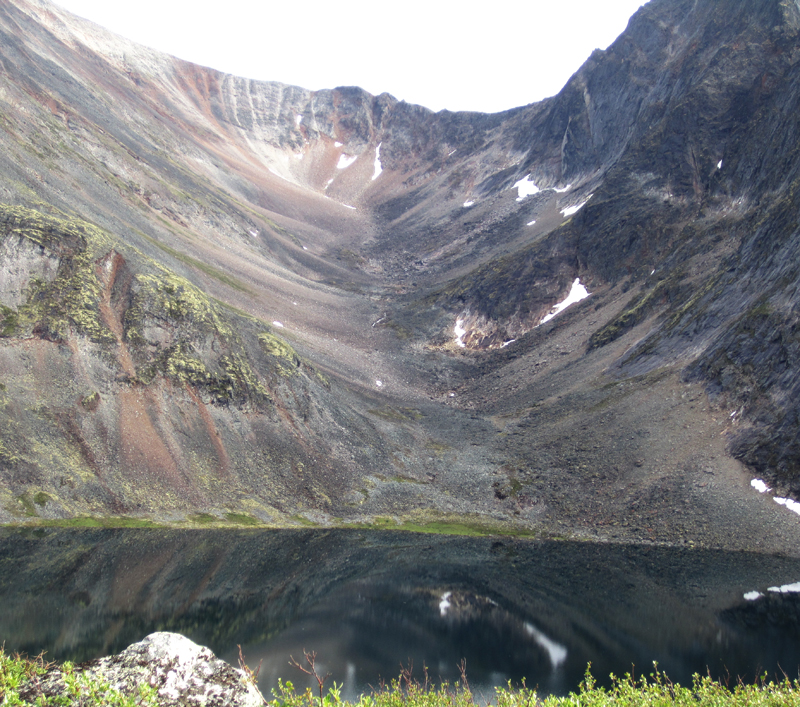 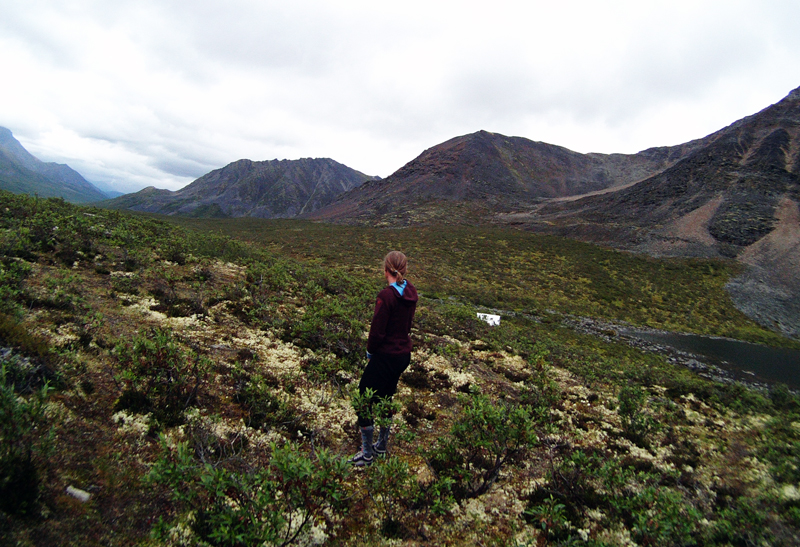 Cooking dinner at the Shelter. 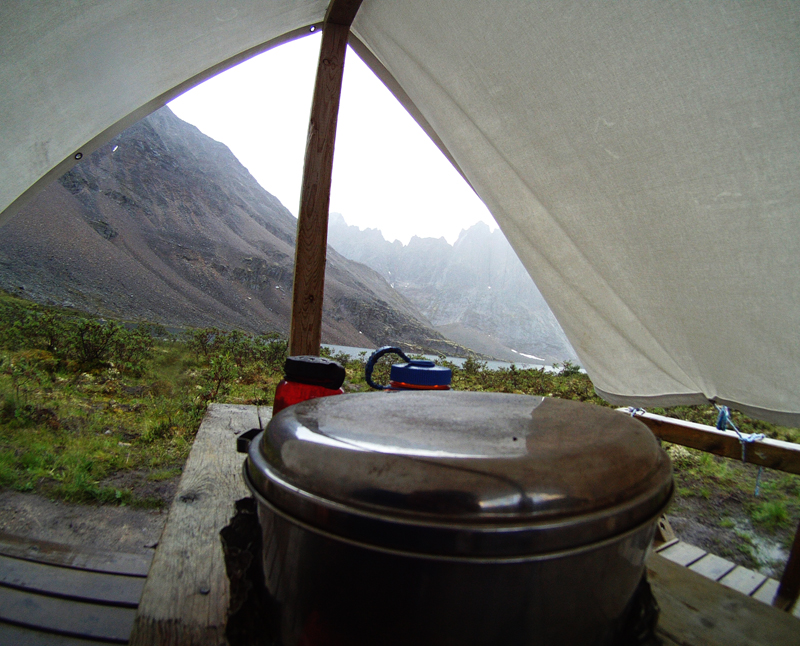 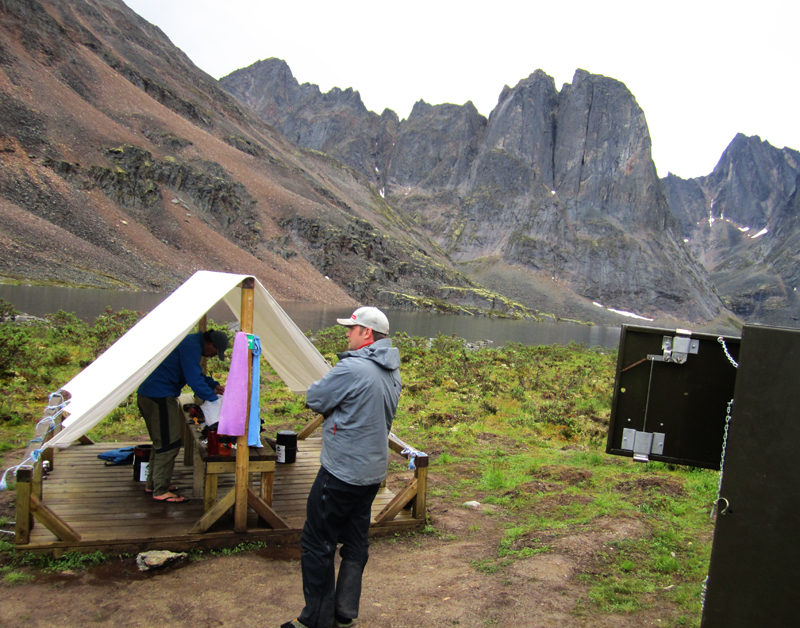 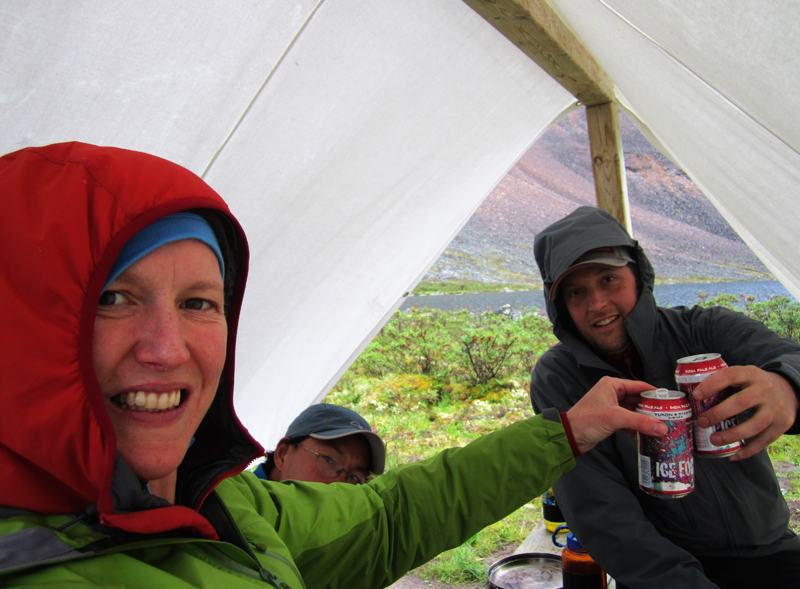 On our way home we saw a Grizzly far on the other side of the valley. We don’t know if he saw us, but we walked further way from him towards Divide Lake. At about 10:30 that night Bryce heard a snorting by his tent! Eventually he came out and saw the Grizzly walk through the campsite towards the shelter! Lee had some bear bangers in the lockup near the shelter… we did have bear spray in the tents. Once the Grizzly moved on the other side of the creek, Lee went down to the shelter to retrieve the bear bangers. We set off one which made Grizz run about 30m away, then turn around and look, then he continued on his way down North Klondike valley.

We went back to sleep.

Tombstones Hike from Divide Lake to Talus Lake at EveryTrail

This entry was posted in 2011, Hiking and tagged Divide Lake, Tombstones, yukon. Bookmark the permalink.