Went up to the Coquihalla today with Shar, Jos and John B hoping to find slopes that had been spared from the recent warm spell. We toured up to BombTram Mtn (a tour John had written about in his new guidebook and were granted our wish. Beautiful views, powder snow, bluebird skies (replaced later in the day with some high overcast) and a pretty easy ski out for a bonus shot of winter in the Coquihalla even though it was well into spring further down the valley 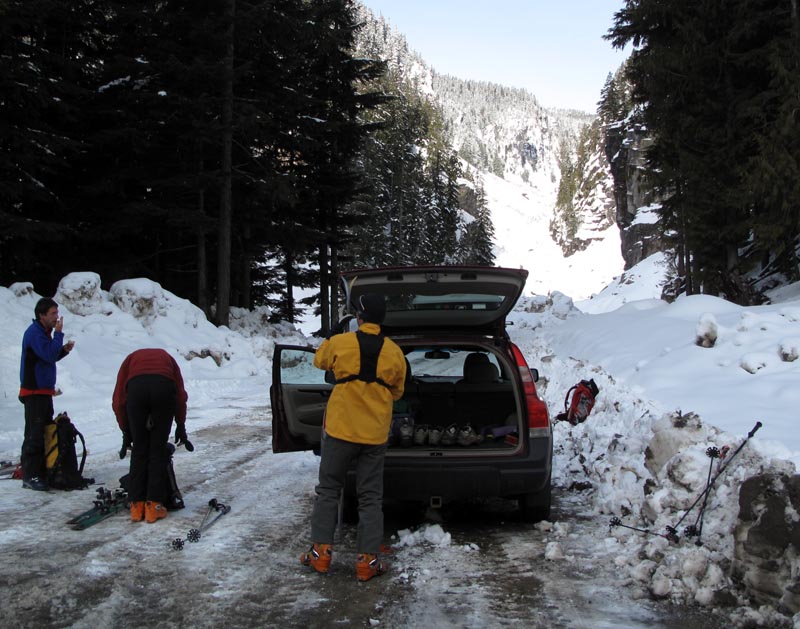 Trailhead starts and ends at the Box Canyon 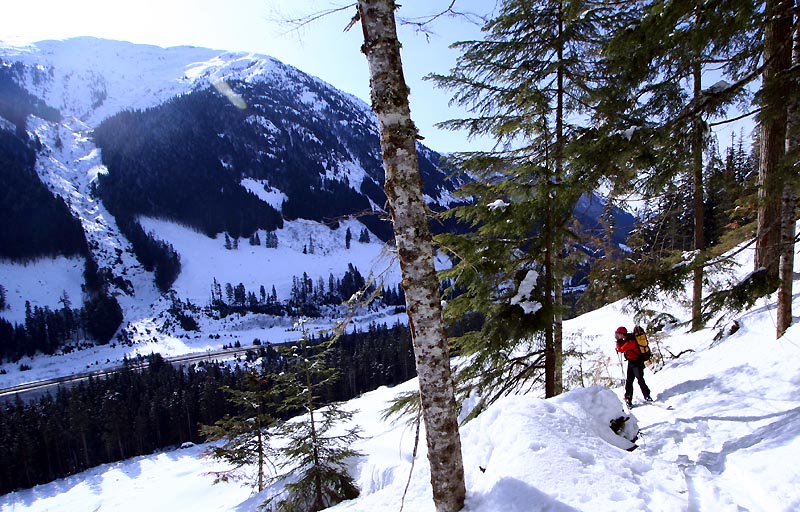 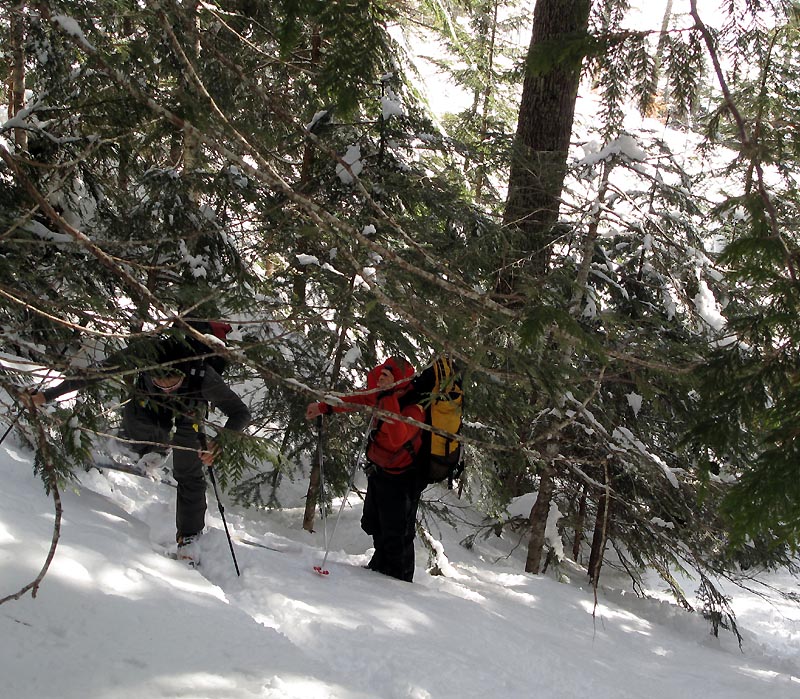 Views as we broke into the alpine at about 1800m and looked onto glorious NE facing bowls covered in untouched light powder. Zeer mooi! Snygg Vacker! 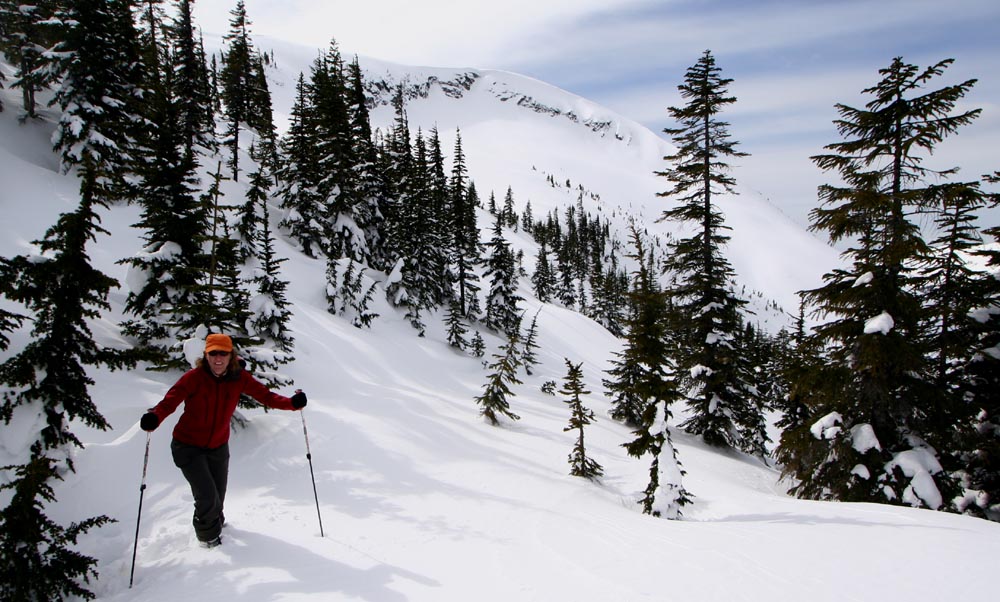 Sharon looks into more bowls. These are on the NW Side

Sharon looks S towards the Chilliwack Valley along the peak ridge. That could be a nice tour with access to some S corn skiing 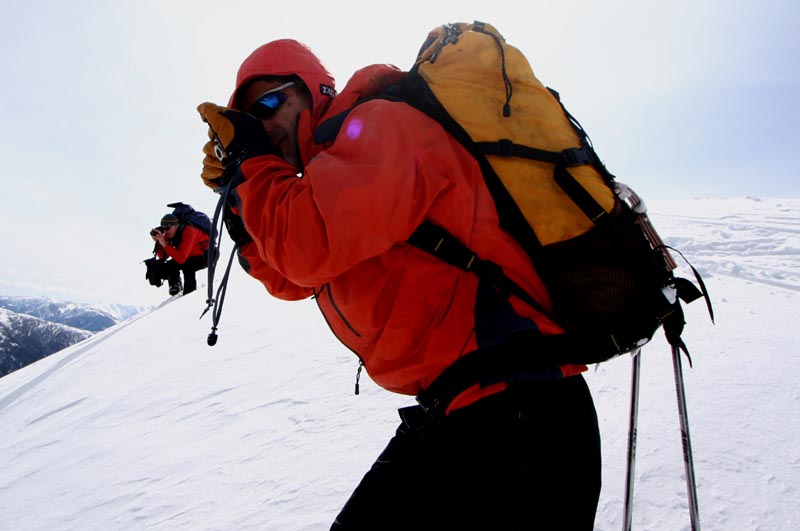 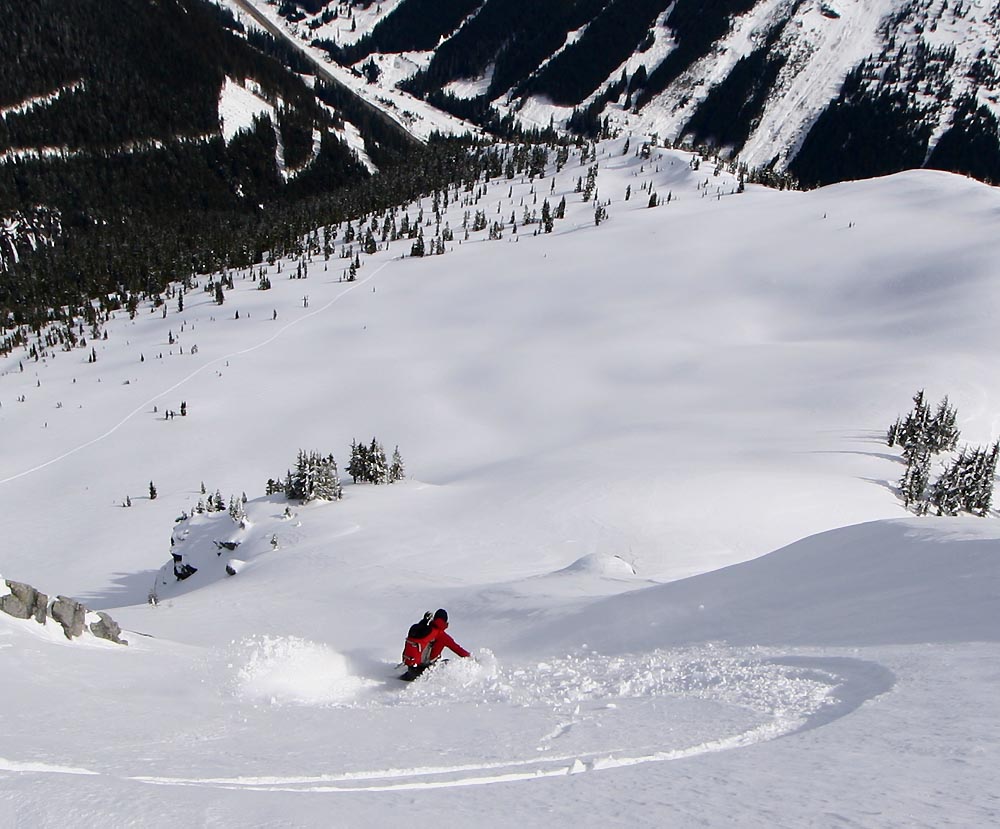 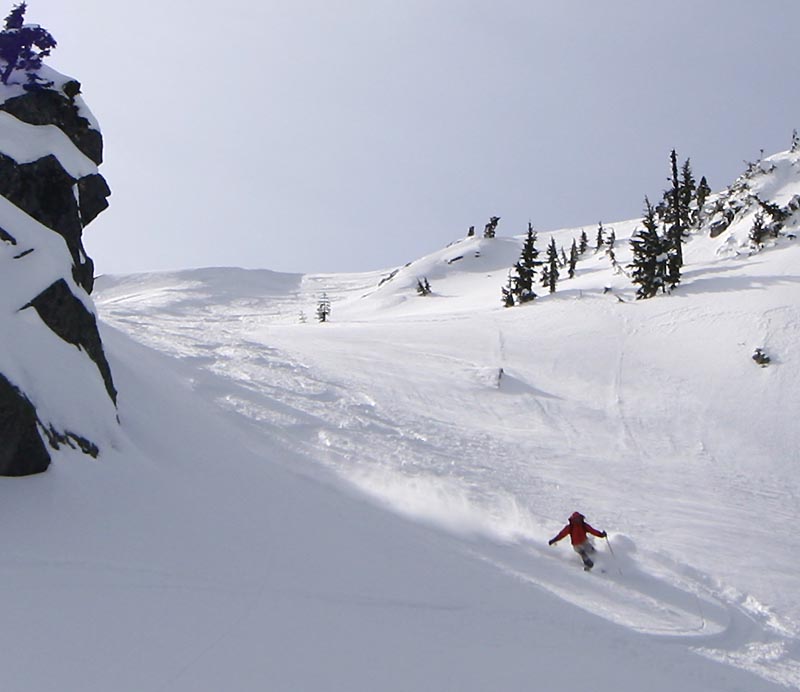 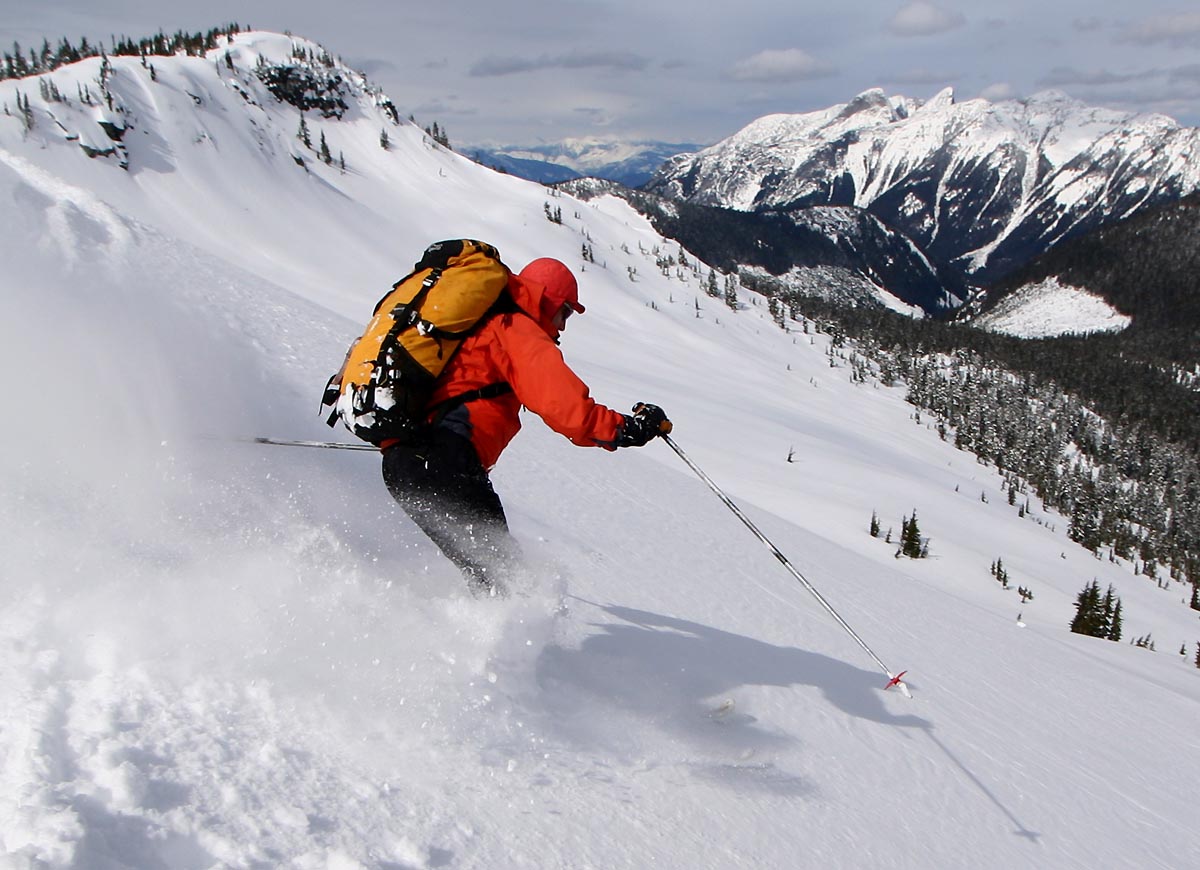 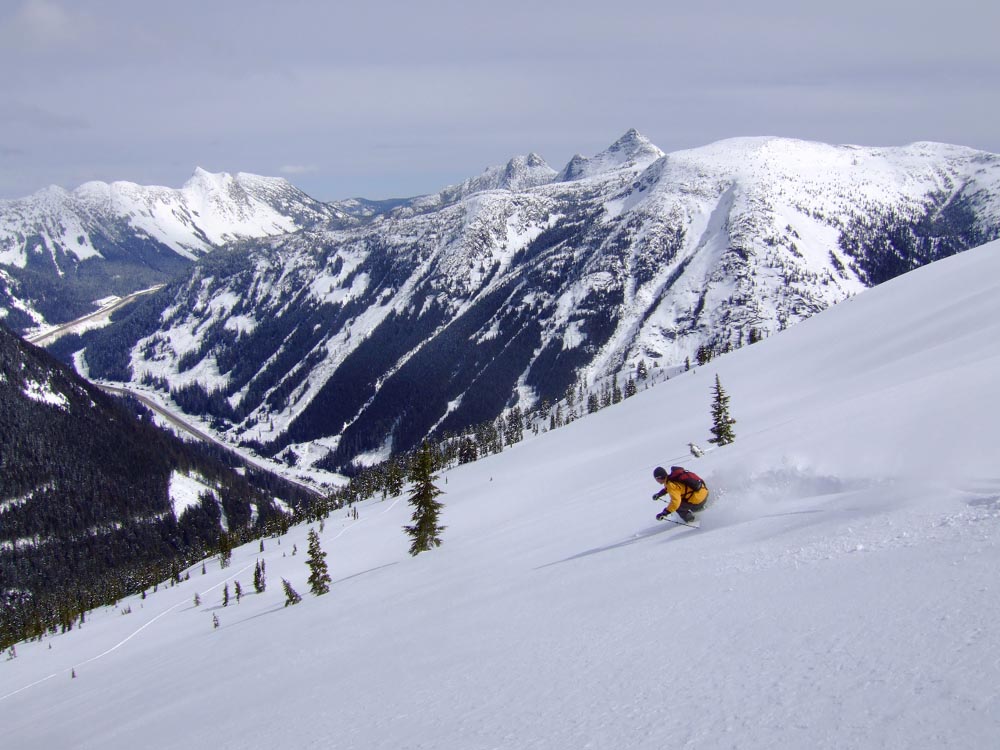 Lee escapes from behind the lens 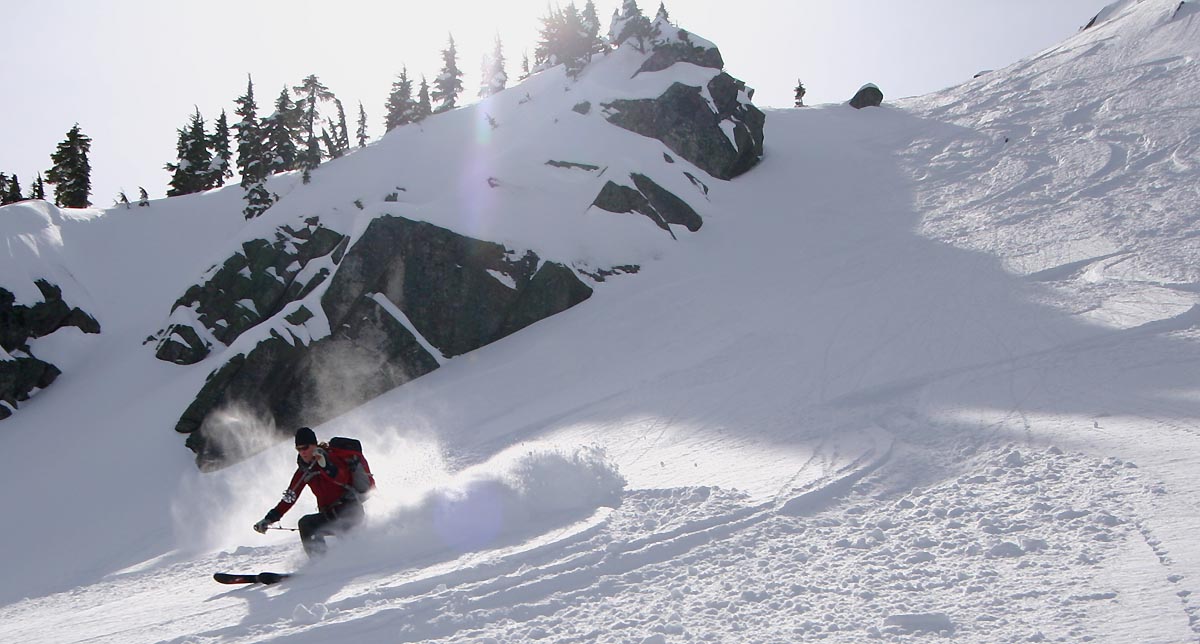 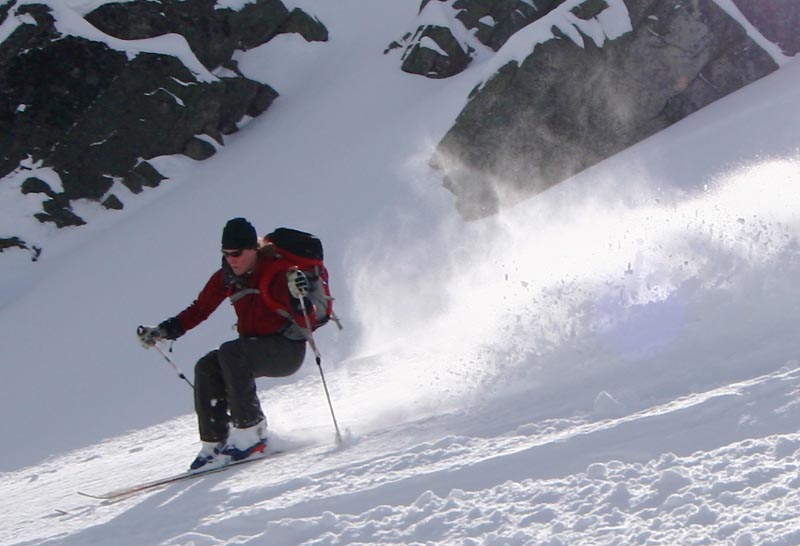 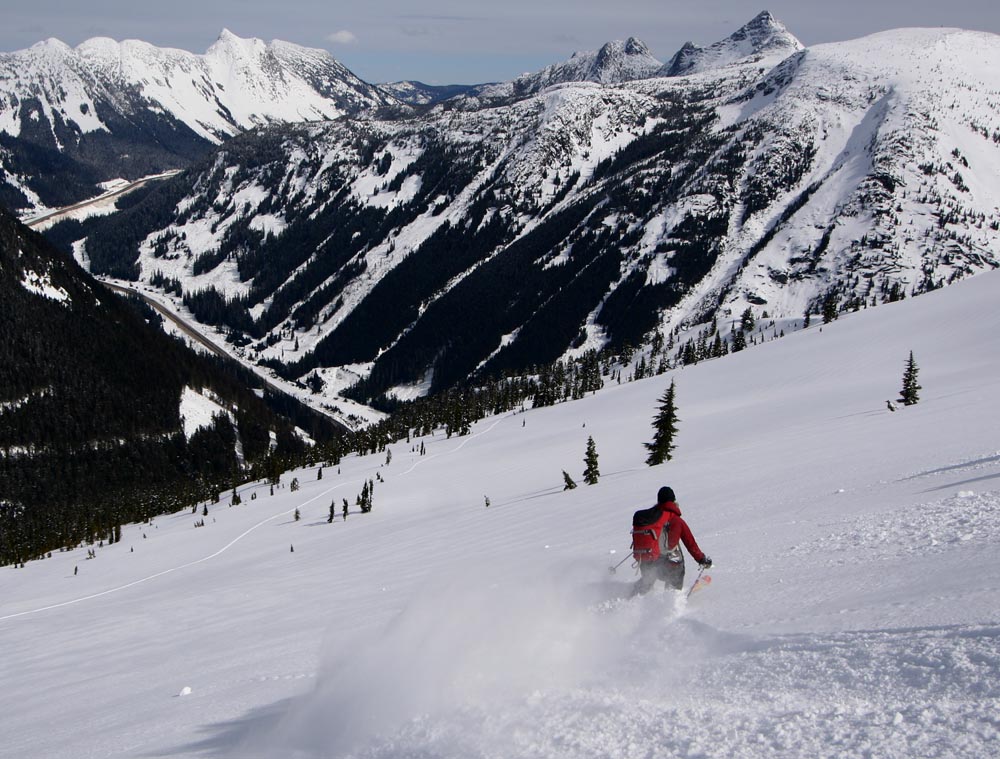 We enjoyed the first run so much we had to go up another time to do it again. More untouched powder fields beckoned. This time we skied from the summit all the way down to the Box Canyon. As per the guidebook you cannot ski direct to the Box Canyon but must traverse over cliffbands towards a gully that splits the Canyon and is a logical way down. In the interests of group safety I volunteered to go first and found pretty good snow sitting on top of a melt-freeze crust. It wasn’t that much of a problem for the first skier but was definitely an issue for the following skiers! I could hear scraping echoing up and down the gully.

From the Box Canyon it was a short 1 km traverse, mostly downhill, back to the vehicle 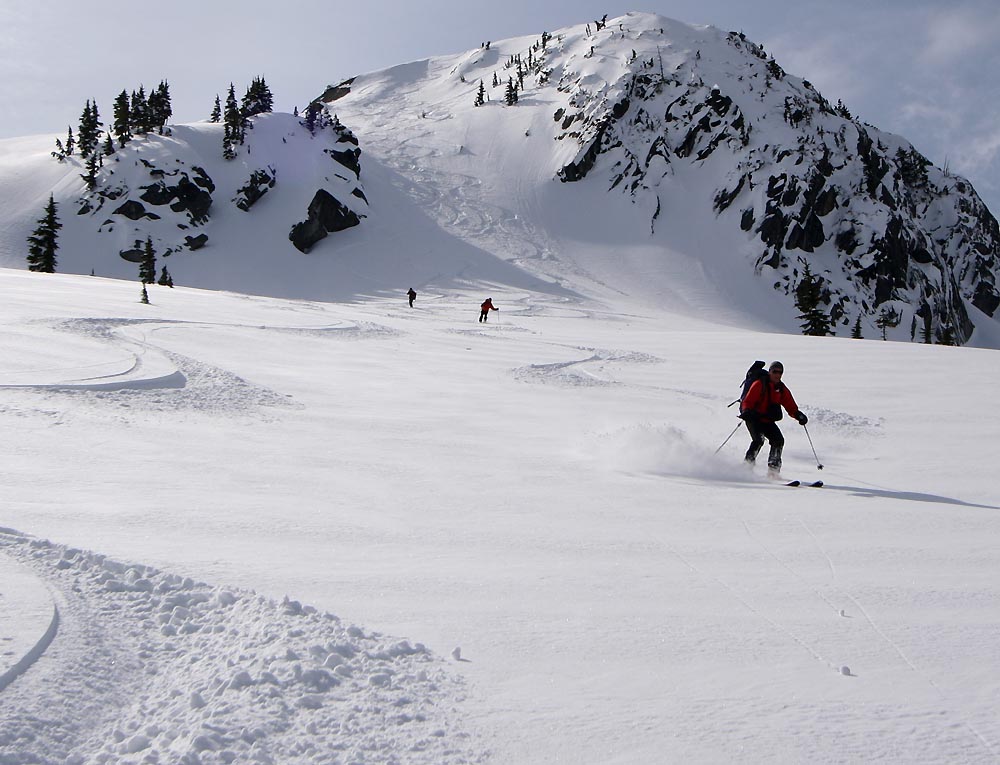 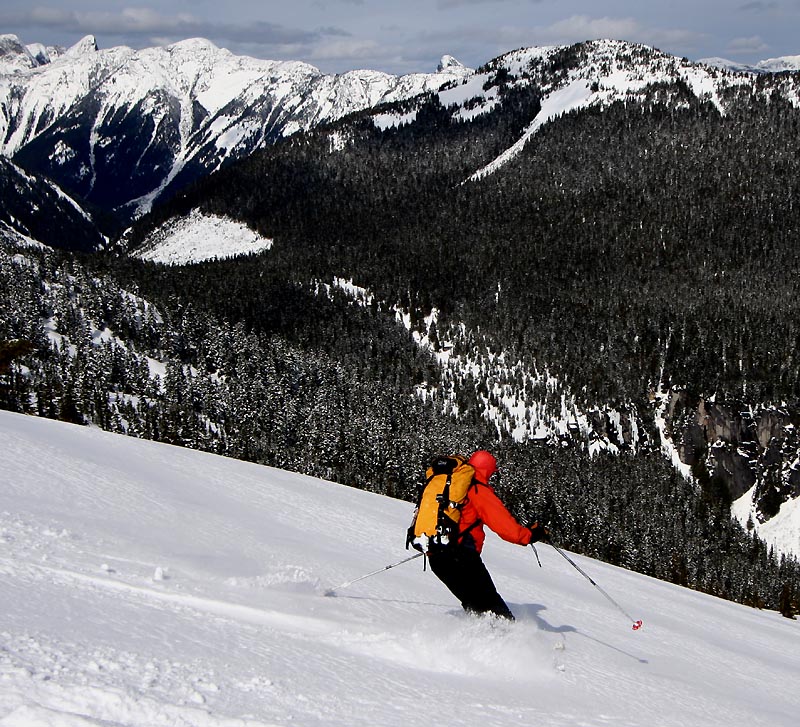 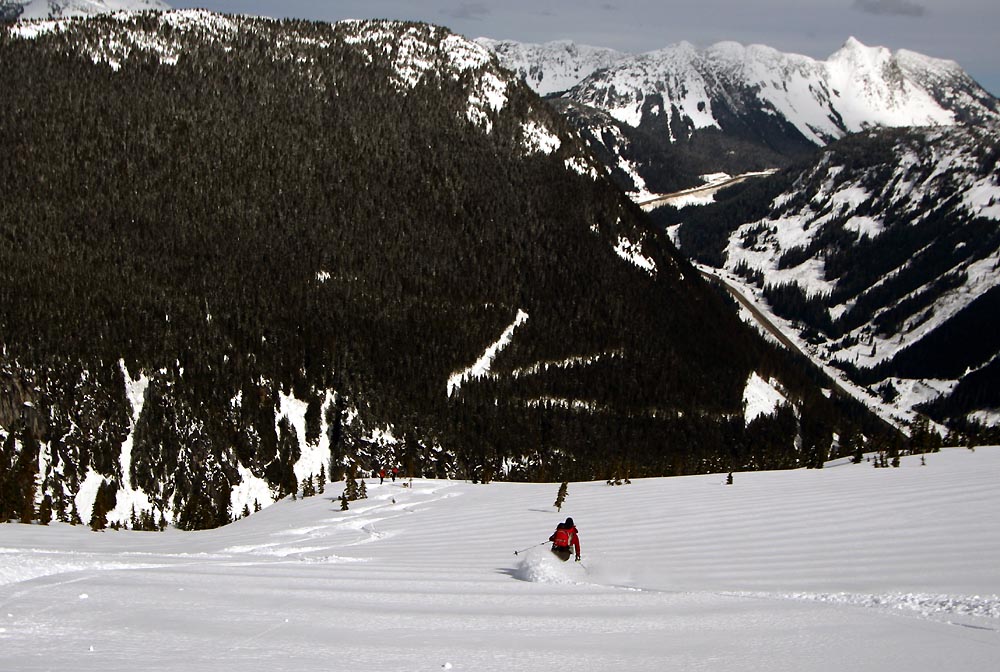 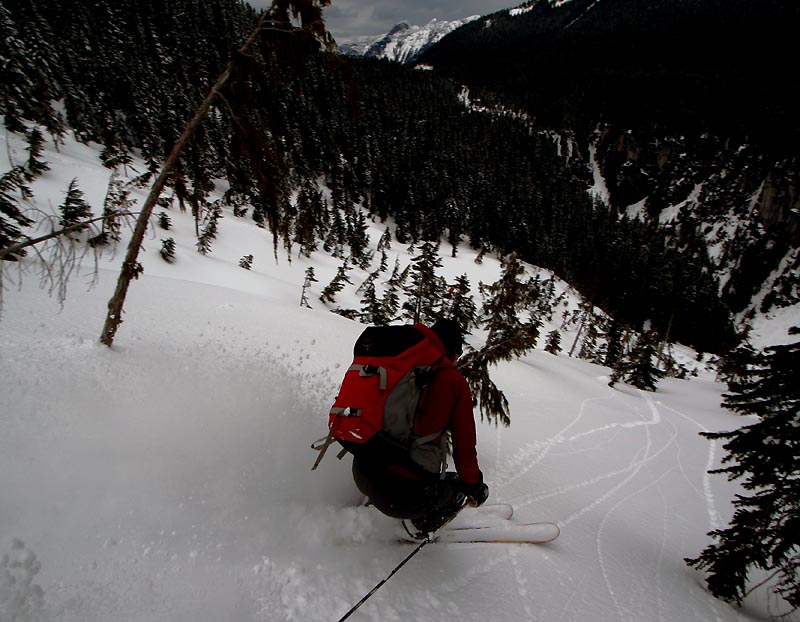 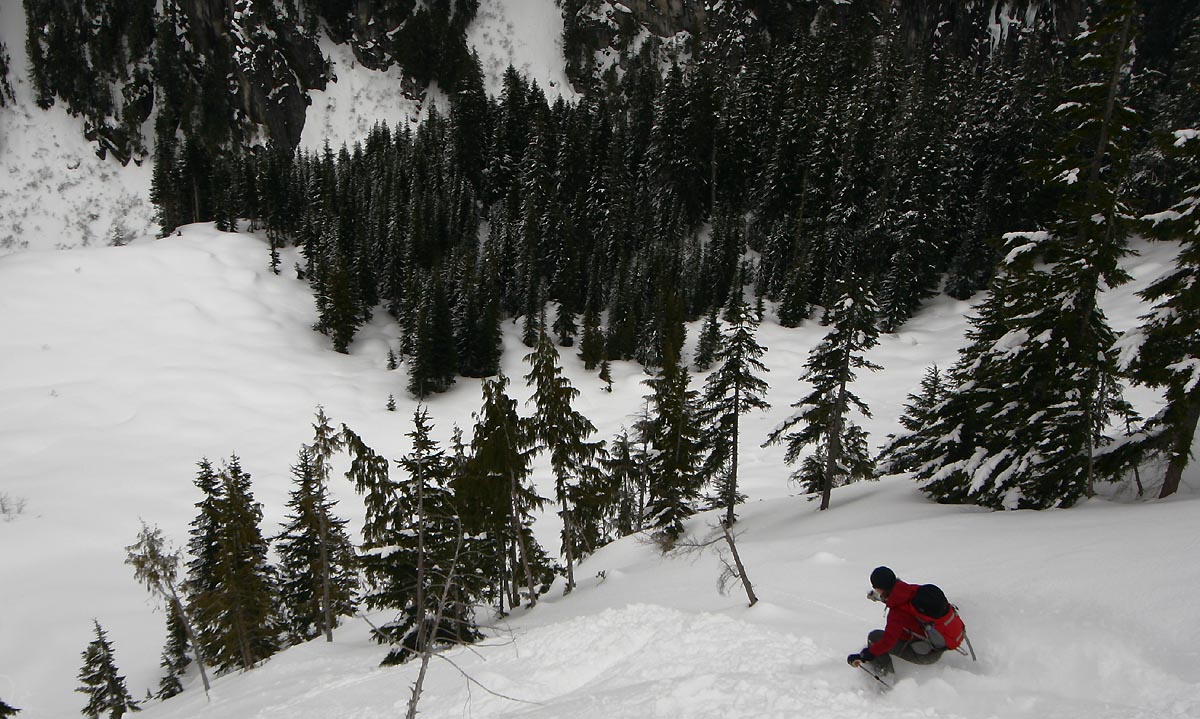 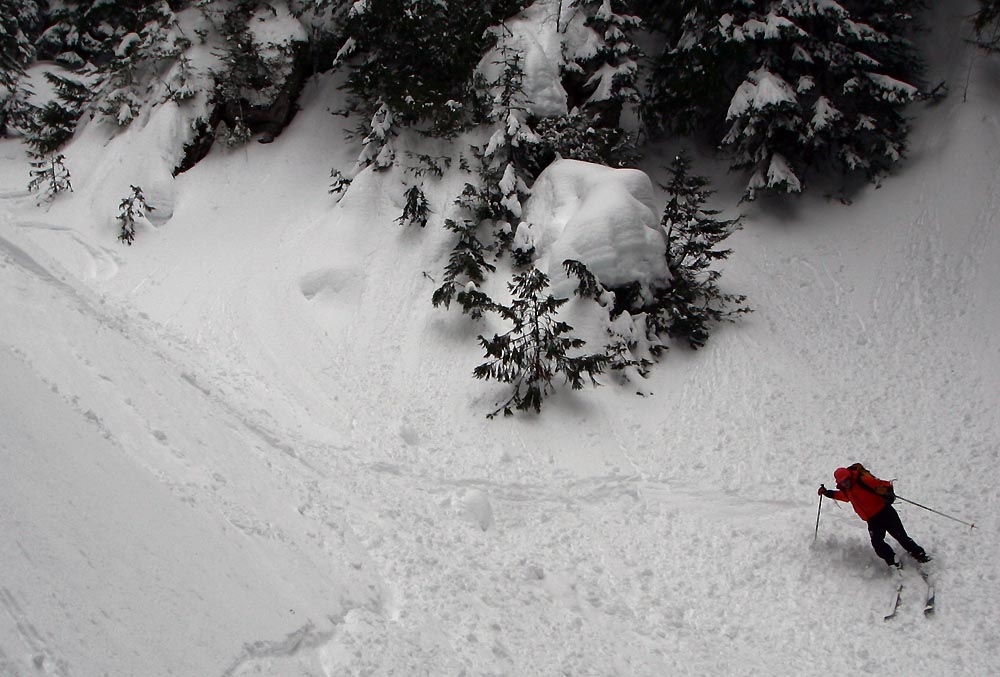 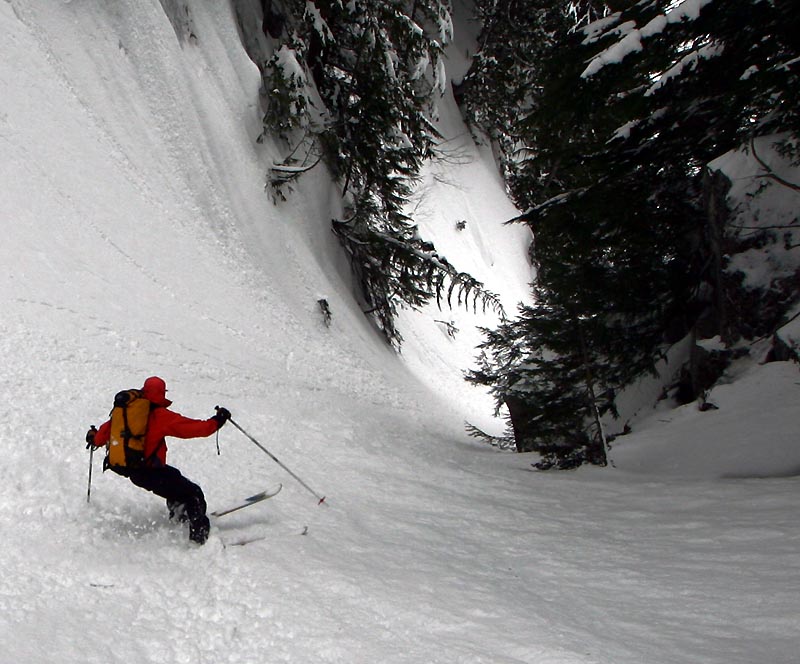 John getting sloppy seconds in the Gully 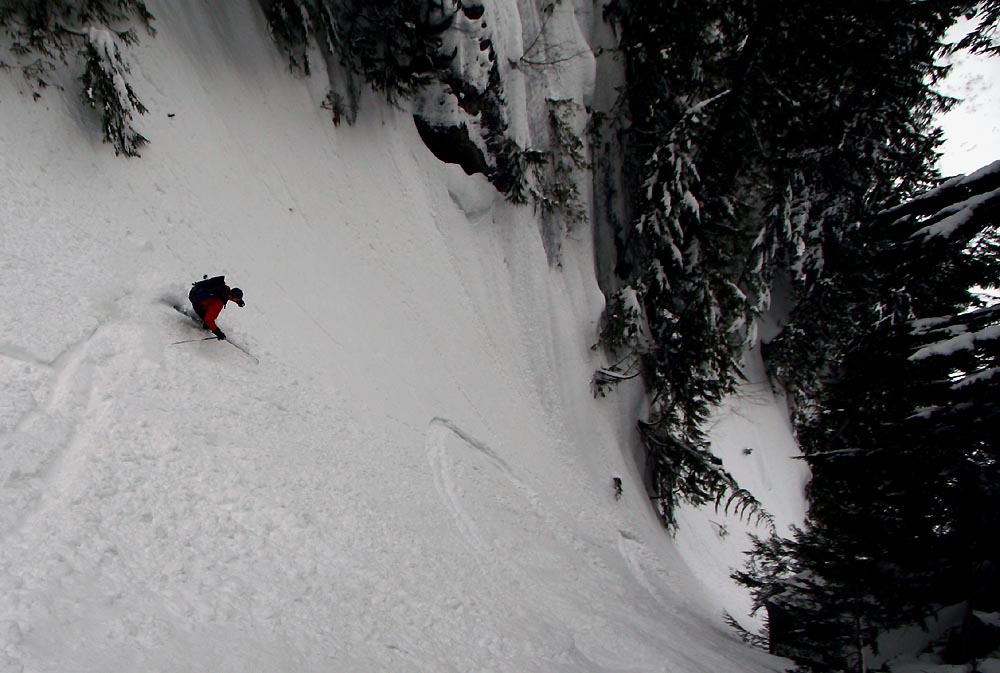 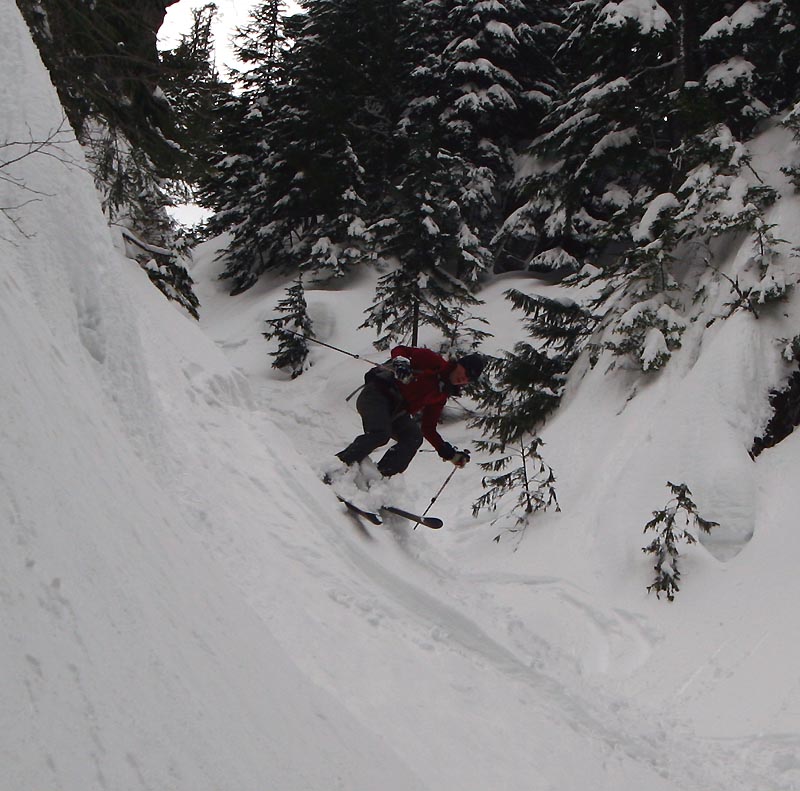 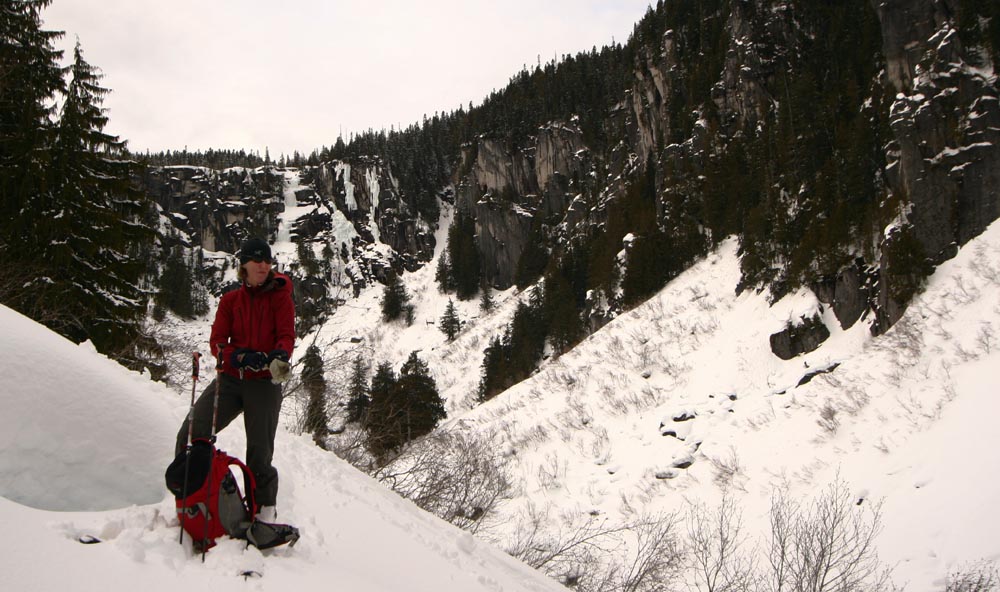 Sharon in the Box Canyon 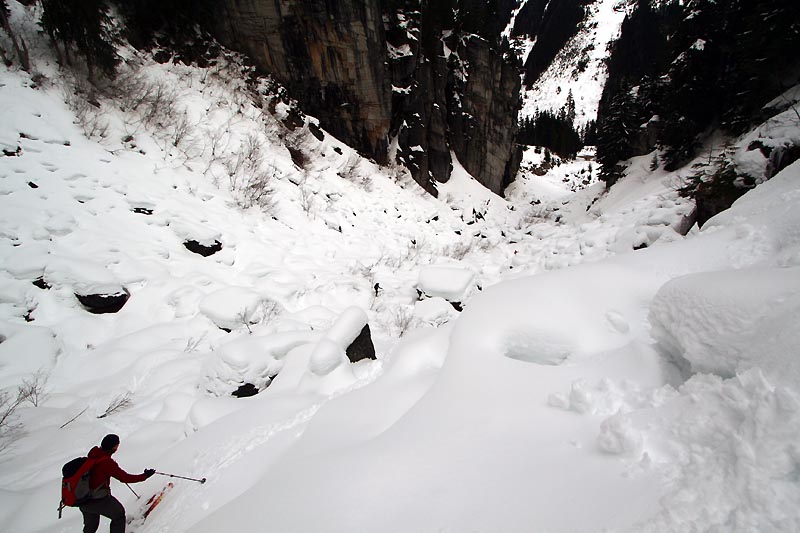 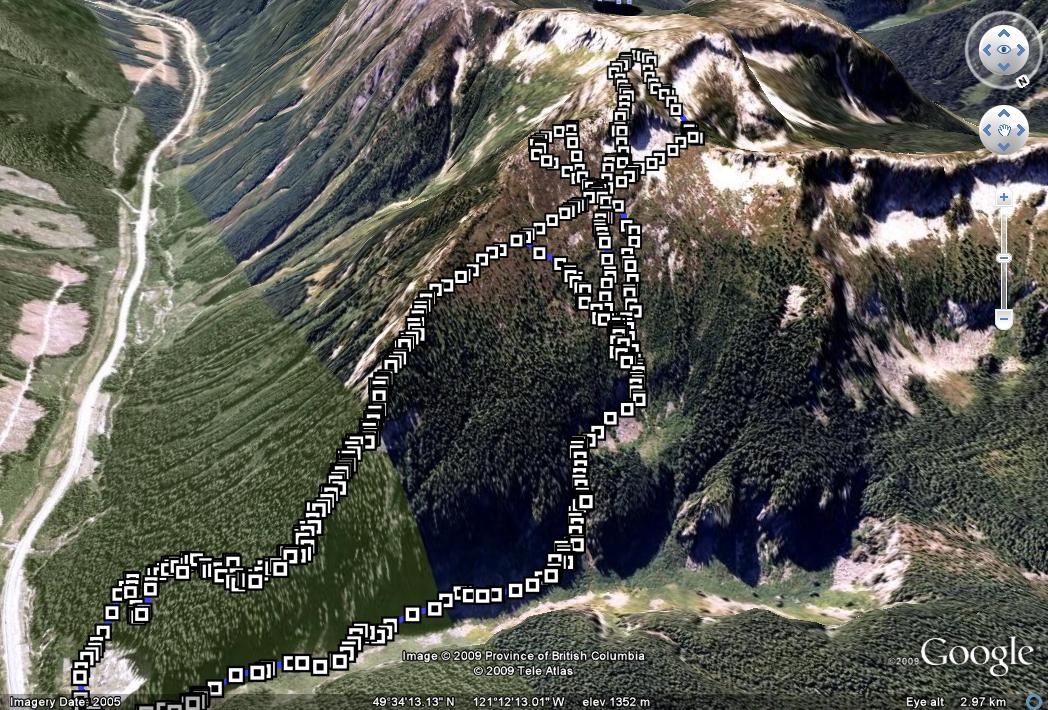 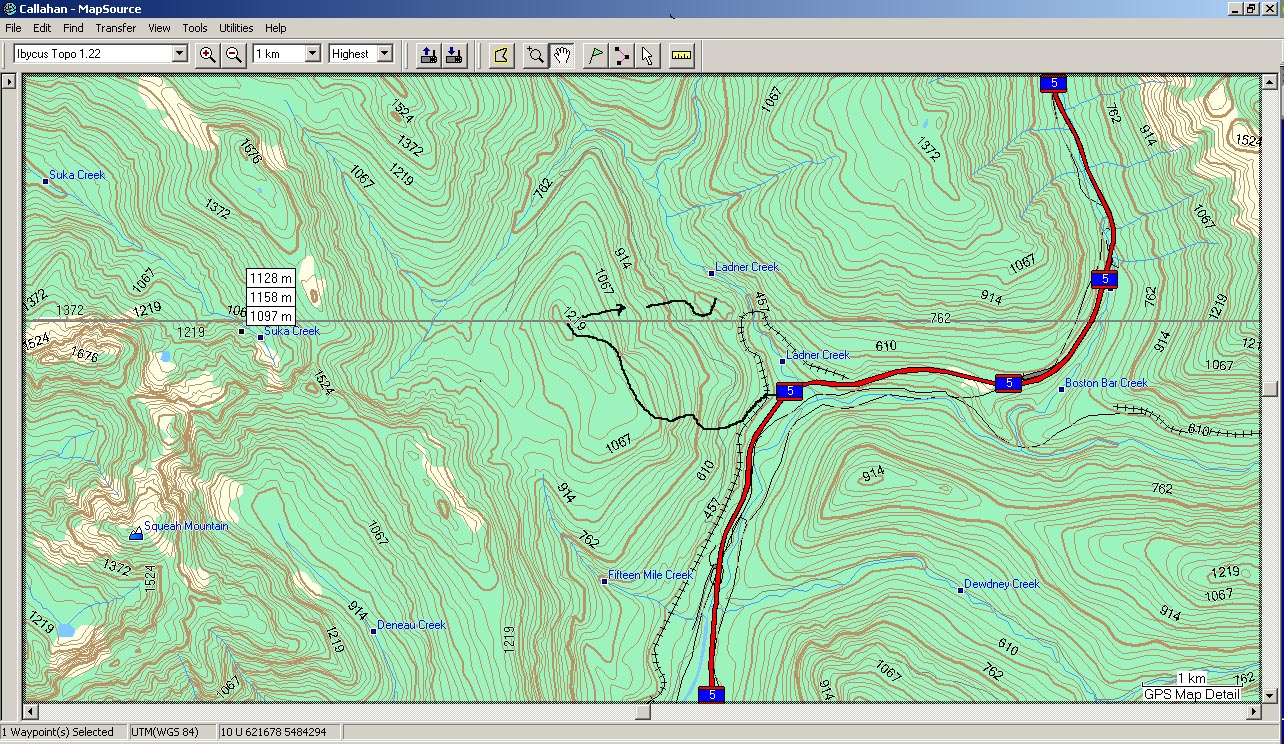 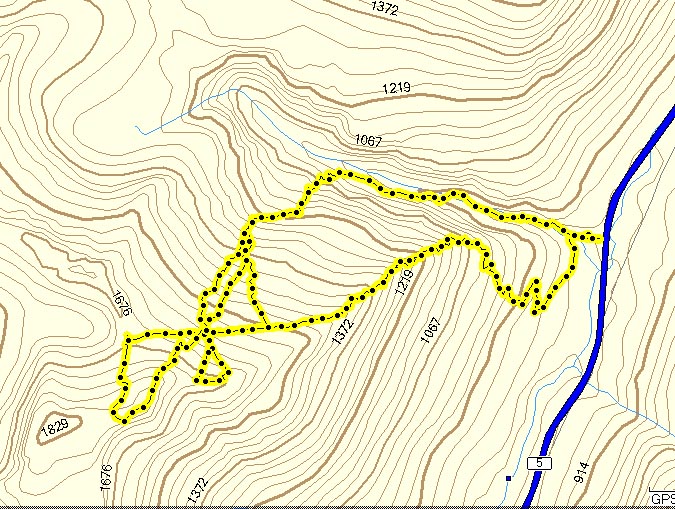 This entry was posted in 2009, ski and tagged bombtram, coquihalla. Bookmark the permalink.