Comfortably Numb, a 23km trail that we normally add an extra 12km to since we do it as a loop from the Day Skier parking lot.

Here is the elevation profile over time from the Day Skier parking lot. 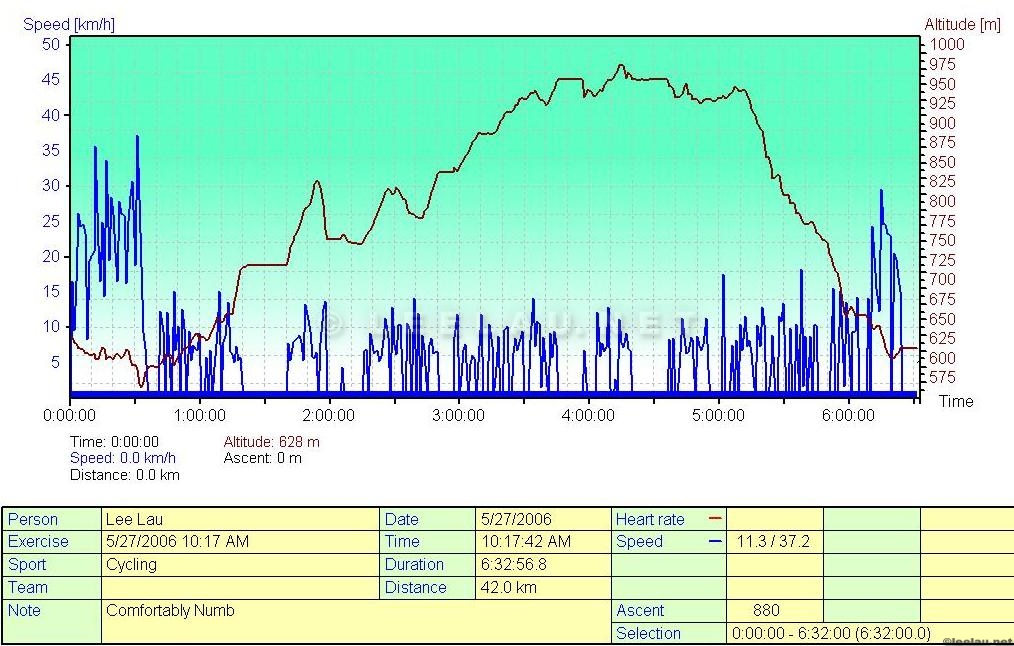 The start of the trail climbs through mossy single track punctuated by rocky ups and downs!

Just nod if you can hear me.

Is there anyone home? 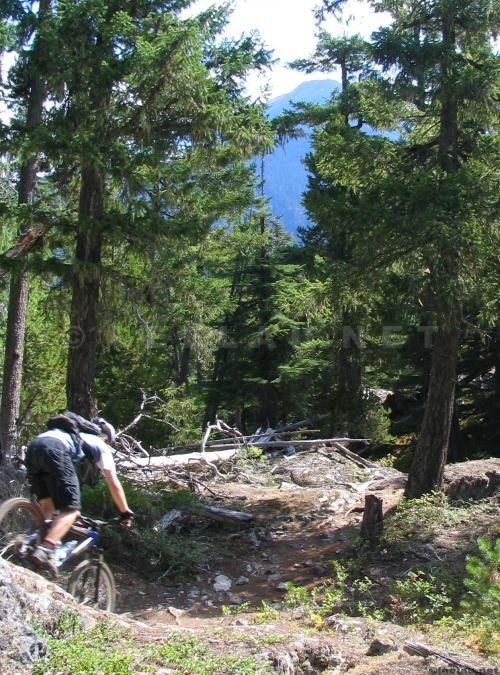 Lee is riding a Norco Fluid! A great All Mountain Bike for this terrain! Check out his review here!

I hear you’re feeling down. 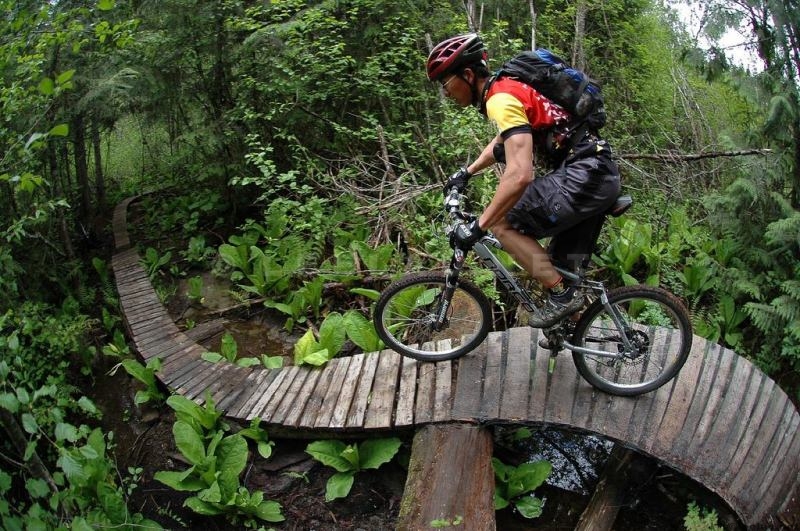 This is the first major creek crossing. All our epic winter snow is going BYE BYE! (photo by Pat Mulrooney May 28 2006)

This is THE spot on hot summer days to cool off your head.

Well I can ease your pain,

Get you on your feet again. 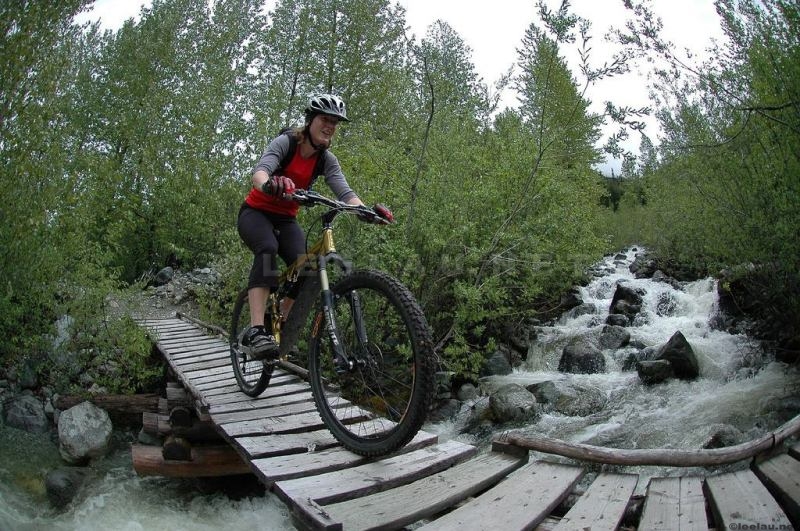 Finally we start the descent to the Al Grey Memorial Bridge crossing of Wedge Creek. (photo by Pat Mulrooney May 28 2006) 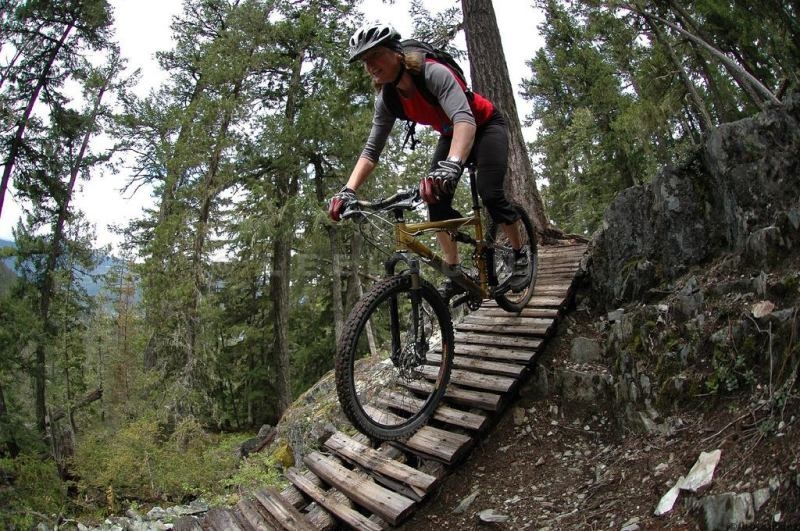 You can see some great trail building techniques by Chris Markle who built this trail as well as other Whistler Classics – Kill Me Thrill Me and the technical trails in the Lost Lake trail network. (photo by Pat Mulrooney May 28 2006)

I need some information first. 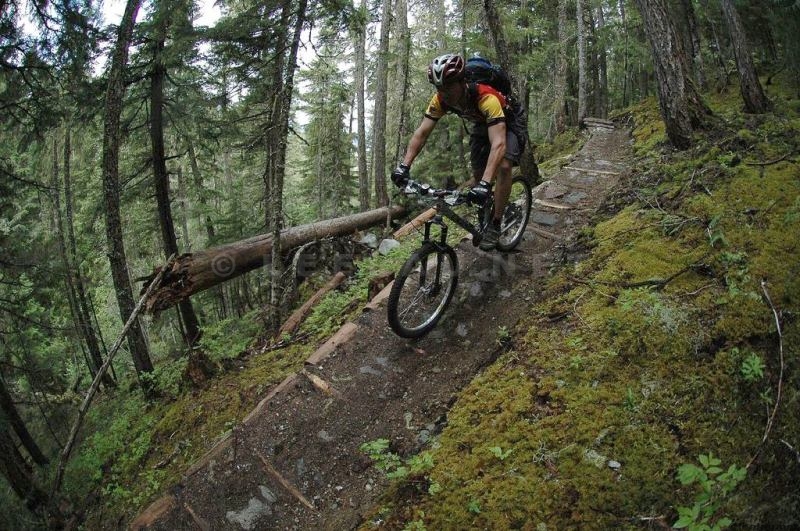 Rounding the corner to the bridge.

Can you show me where it hurts? 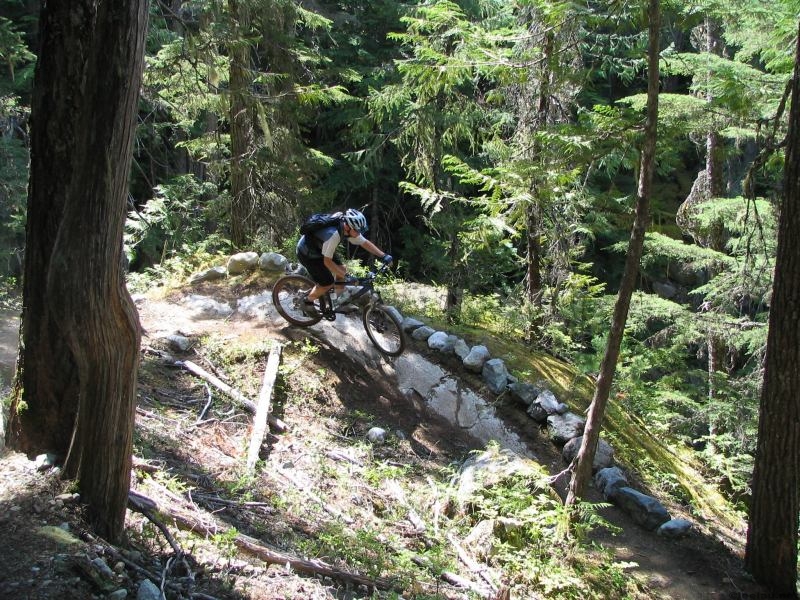 A memorial plaque for Al Grey, a former WORCA president who died (photo by Pat Mulrooney May 28 2006)

There is no pain, you are receding.

A distant ship’s smoke on the horizon. 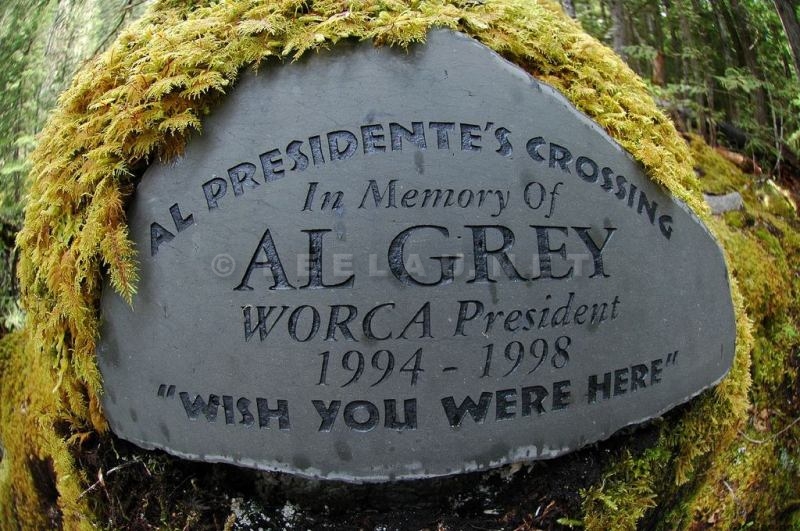 The Wedge Creek crossing, a joint project between WORCA and the Resort Municipality of Whistler. Kudo’s to RMOW for being such GREAT supporters of Mountain Biking! (photo by Pat Mulrooney May 28 2006)

You are only coming through in waves.

Your lips move but I can’t hear what you’re sayin’. 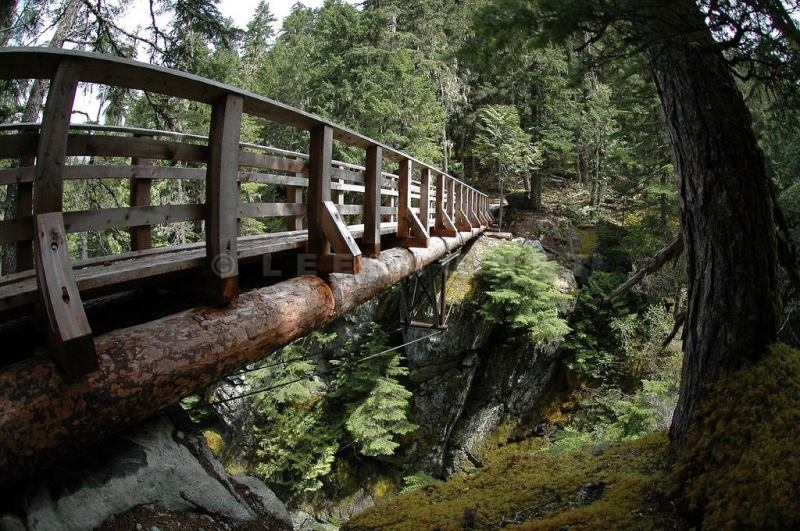 When I was a child I had a fever. 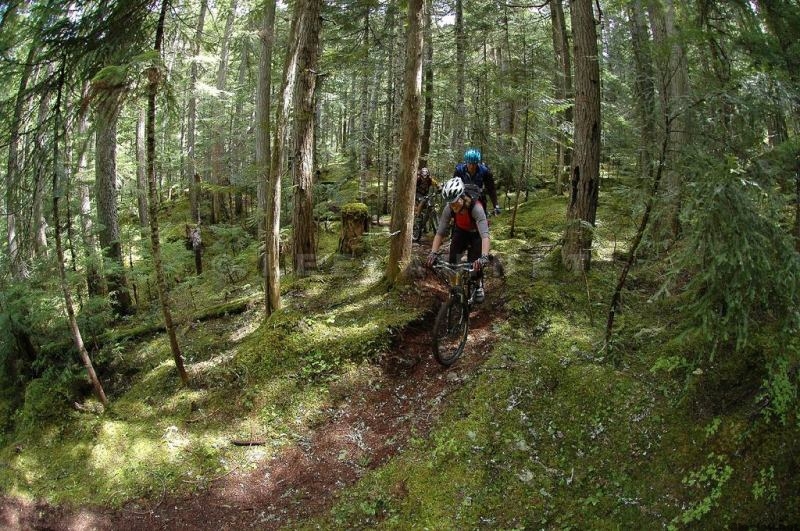 Now I got that feeling once again.

I can’t explain, you would not understand. 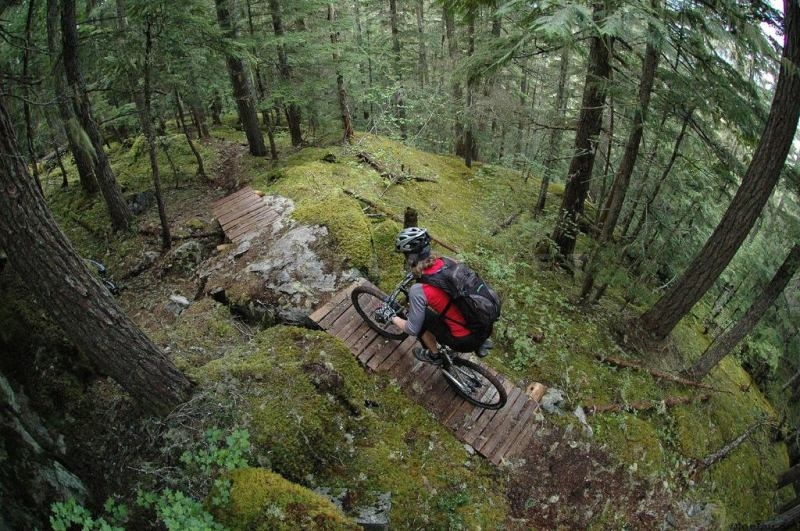 This is not how I am.

I have become comfortably numb. 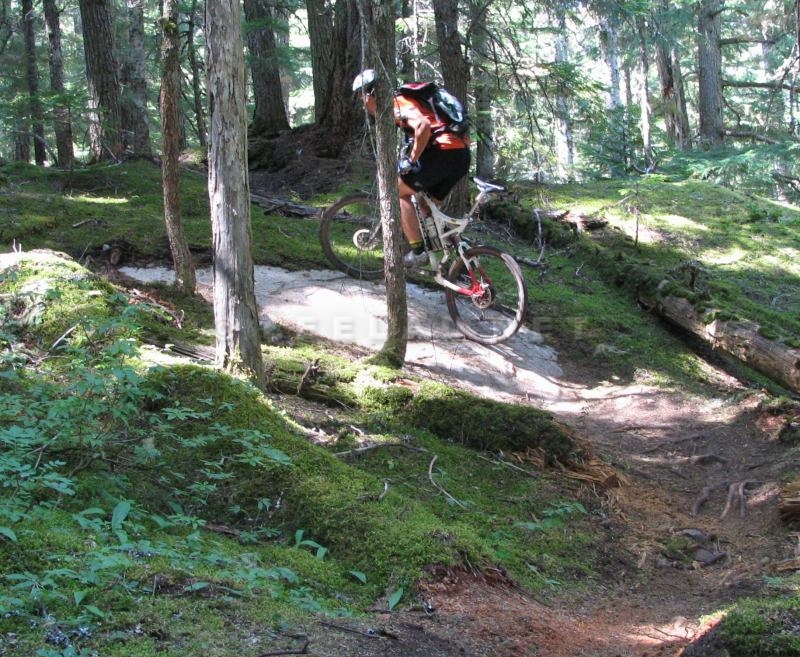 The Mid Point of the trail. There is now an emergency shelter at this location. In the back you can see the ridge of Phalanx Mountain and the slopes of Poop Chutes!

There’ll be no more …Aaaaaahhhhh! 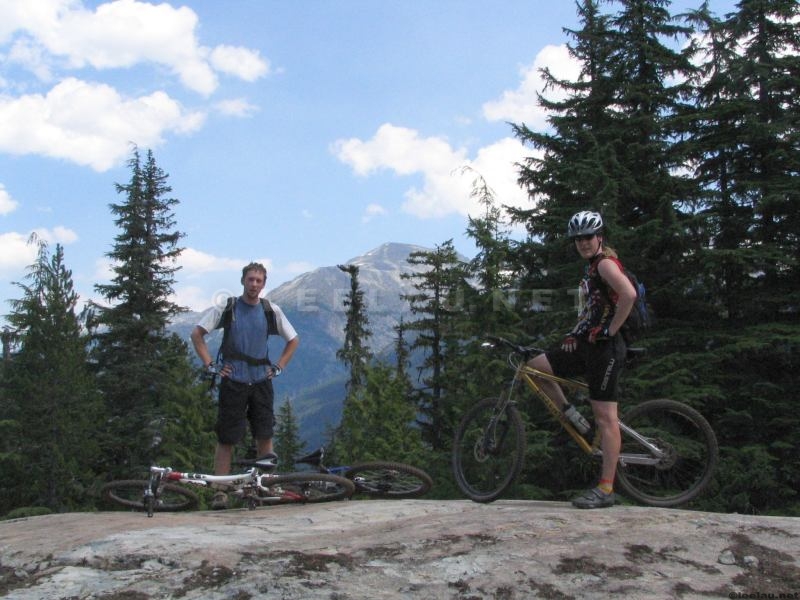 The High point of the ride! 1050 meters. Now, theoretically… we start the descent…

But you may feel a little sick. 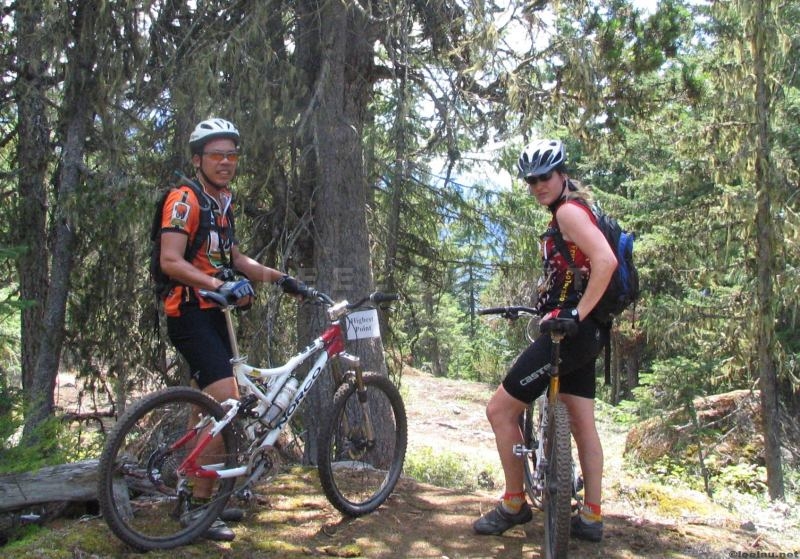 Can you stand up?

I do believe it’s working. Good. 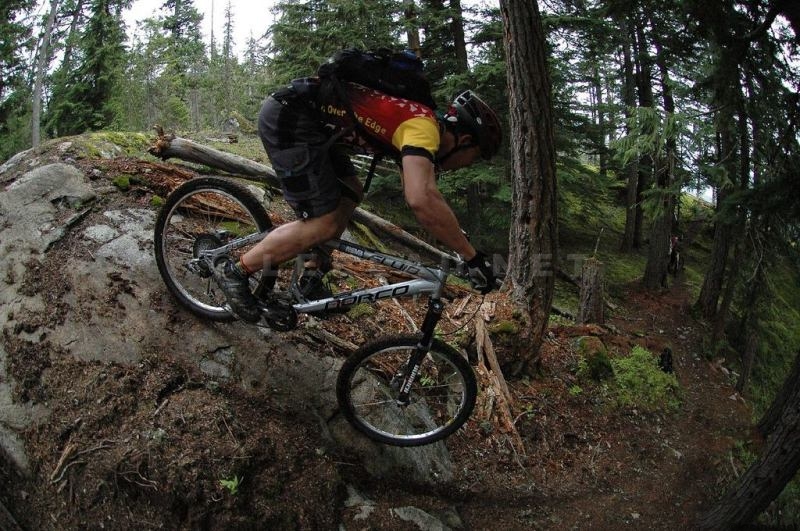 Looking back up the rock face descent.

That’ll keep you going for the show.

Come on it’s time to go. 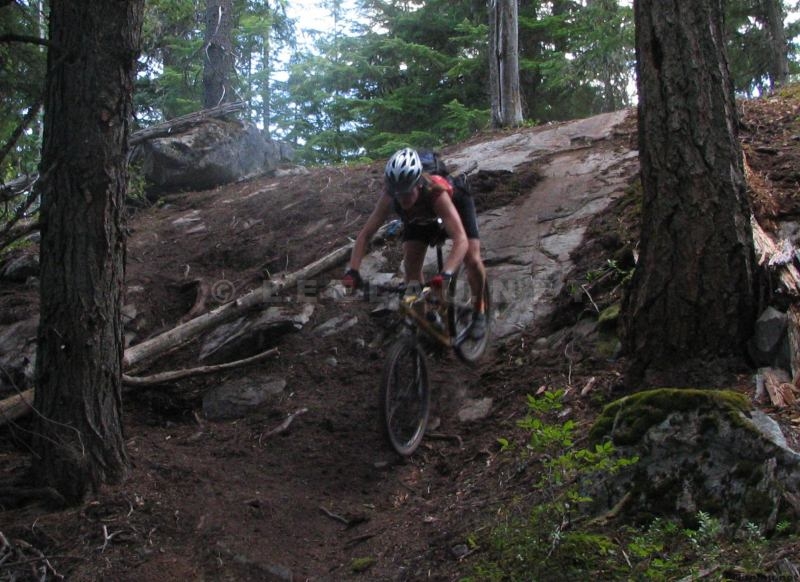 In dry days these are all very climbable. When its that certain anti-friction wetness though these are just frustrating!

There is no pain, you are receding.

A distant ship’s smoke on the horizon. 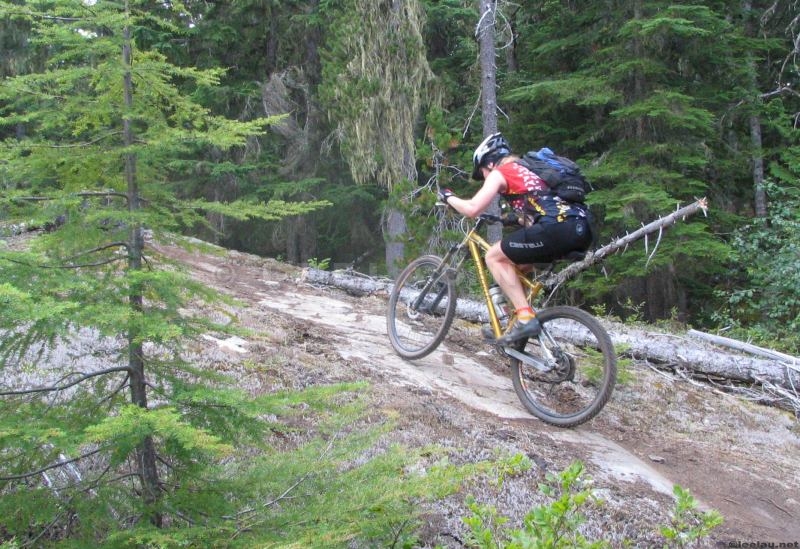 A nice view point with a bench! Looking North.

You are only coming through in waves.

Your lips move but I can’t hear what you’re sayin’. 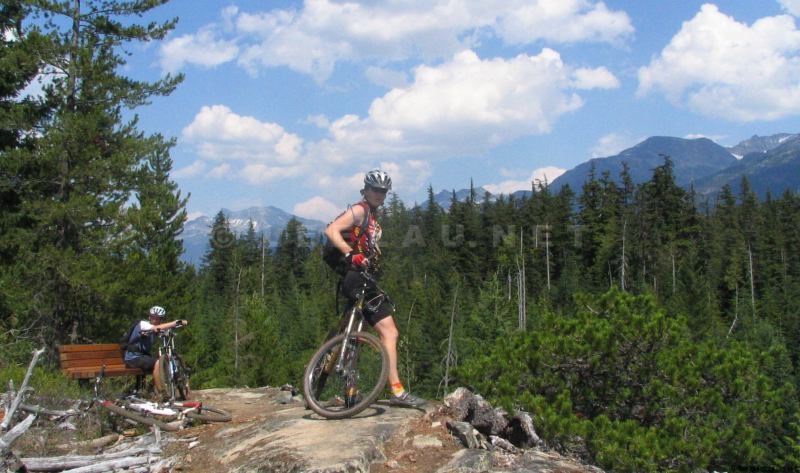 Looking south you can see West Bowl still covered in snow in July of this hot year!

When I was a child I caught a fleeting glimpse, 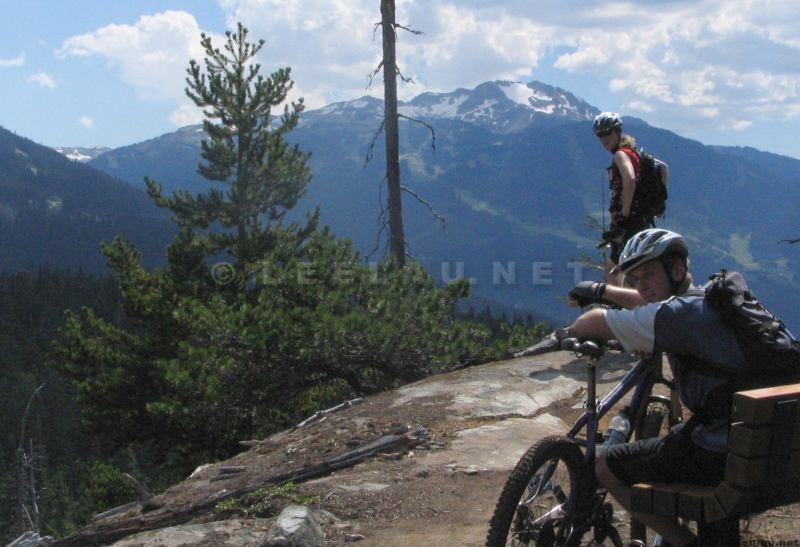 Out of the corner of my eye. 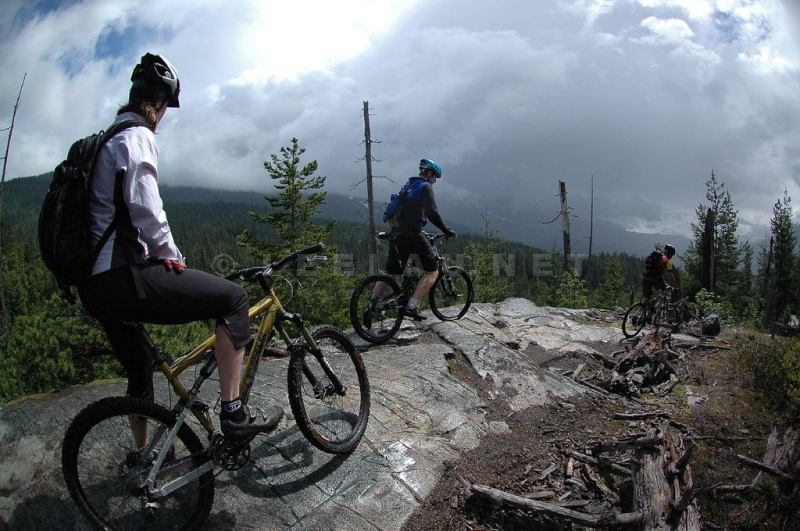 I turned to look but it was gone. 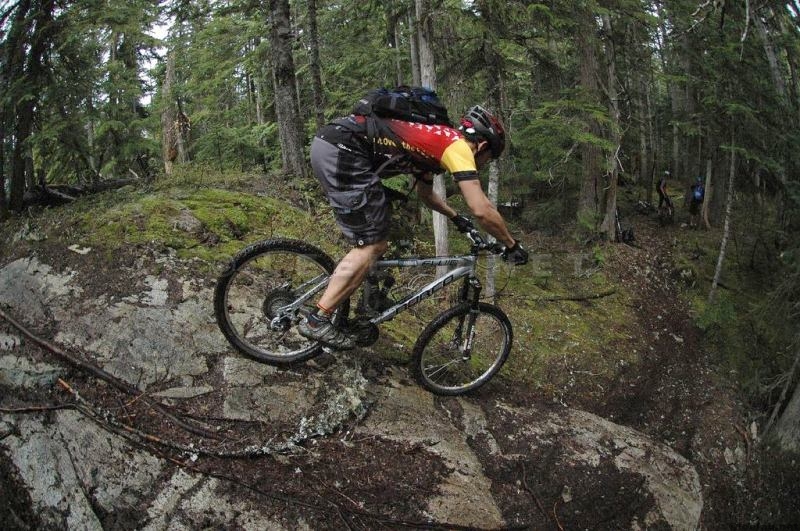 Now on the final descent of the old Secret Trail. A two hour push the other way before you start to go ‘down’… (photo by Pat Mulrooney May 28 2006)

I cannot put my finger on it now. 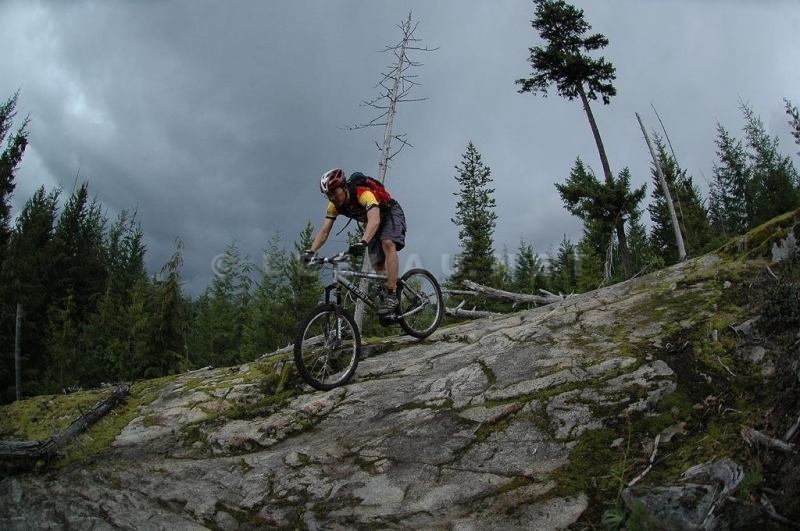 The child is grown, the dream is gone. 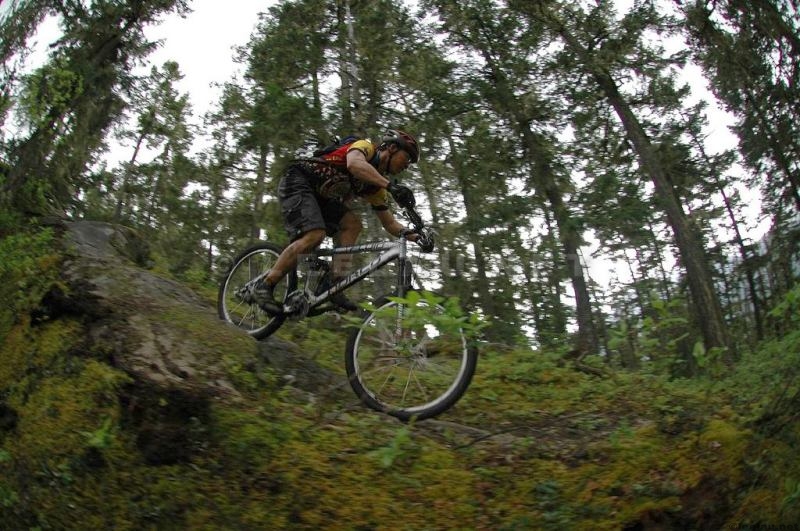 I have become comfortably numb. 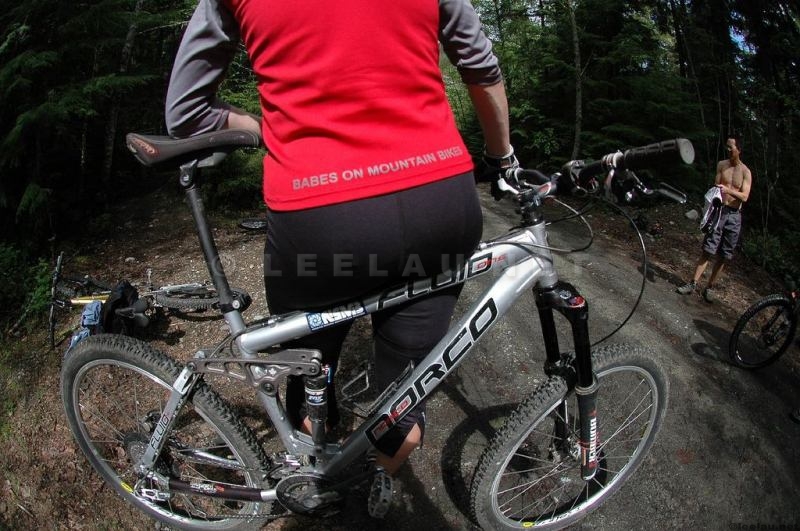