Words and photos by Sharon Bader and Lee Lau unless otherwise noted.

We skied with Adrian
Bostock and Robert Quade today. Robert was itchen to ski Avalanche
Crest so that was where we went. We had some time to kill waiting for Lee
to get his transciever so we were able to check out the Wheeler Hut. Then
we started on the death march skin track up to Avalanche Crest. The first
skin track was 640m elevation gain in 2km. 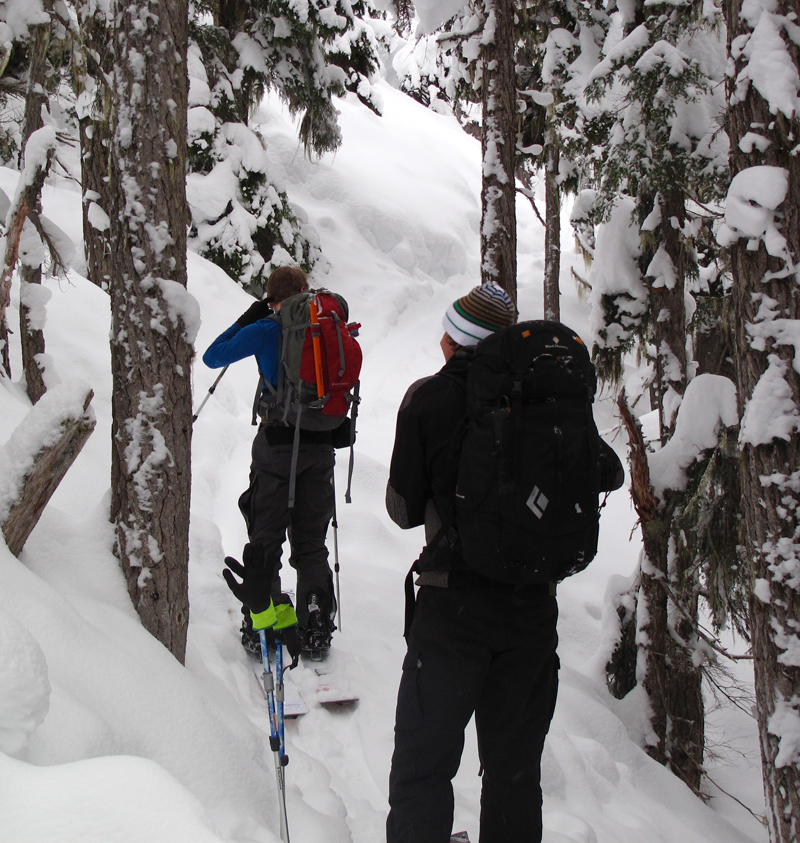 Tyler and Adrian setting the pace.

Gavan after tempting the big snow ball, he’ll remember
this uptrack fondly while sitting in some isolation chamber with 5 other smelly
divers. 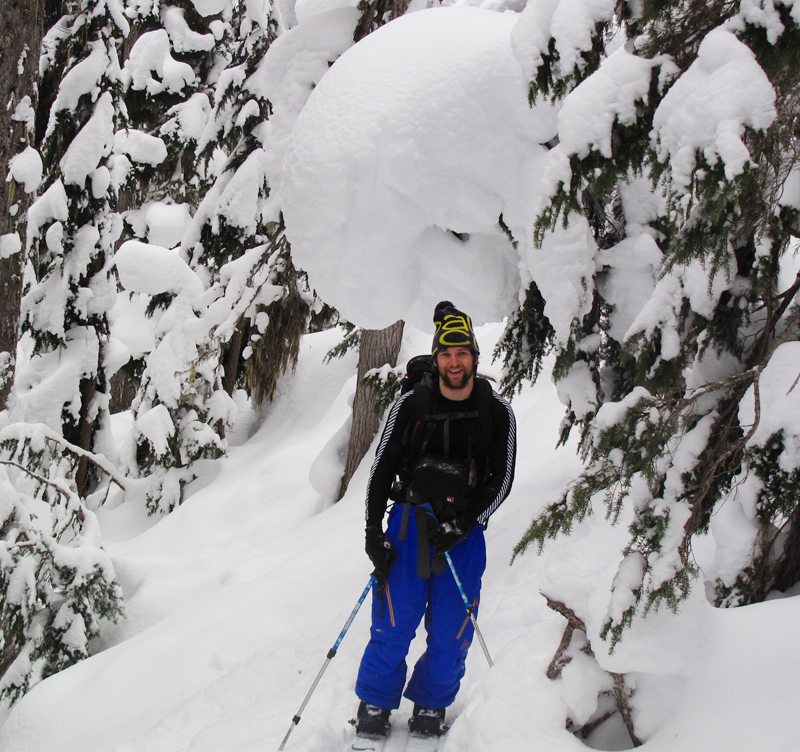 View across the valley to Glacier Crest. 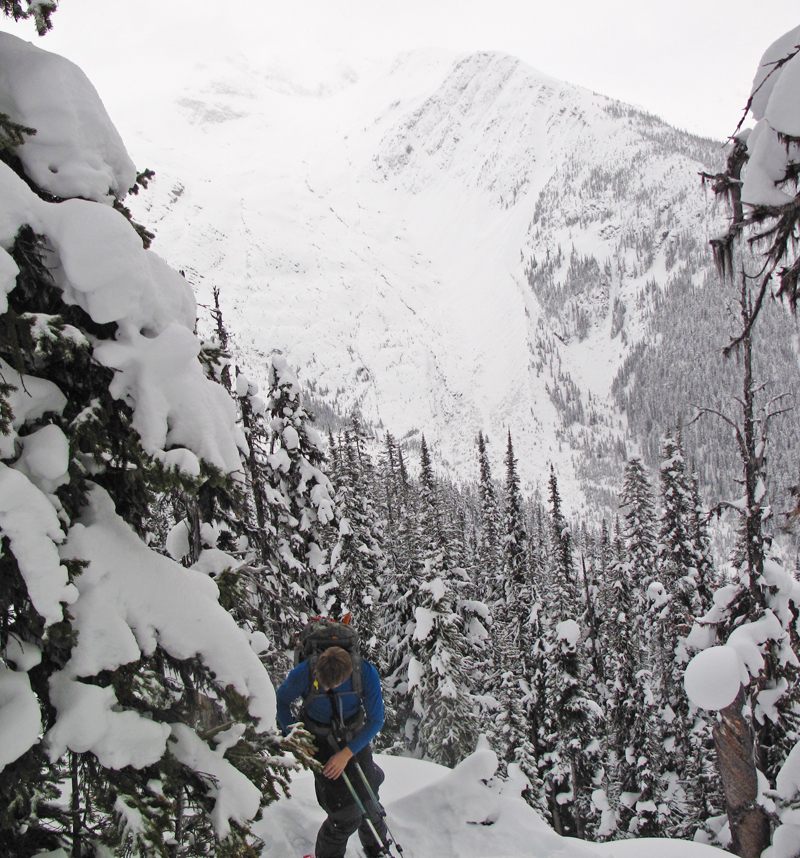 We initially climbed up the ridge to Eagle Peak which
offered us this 200m shot. 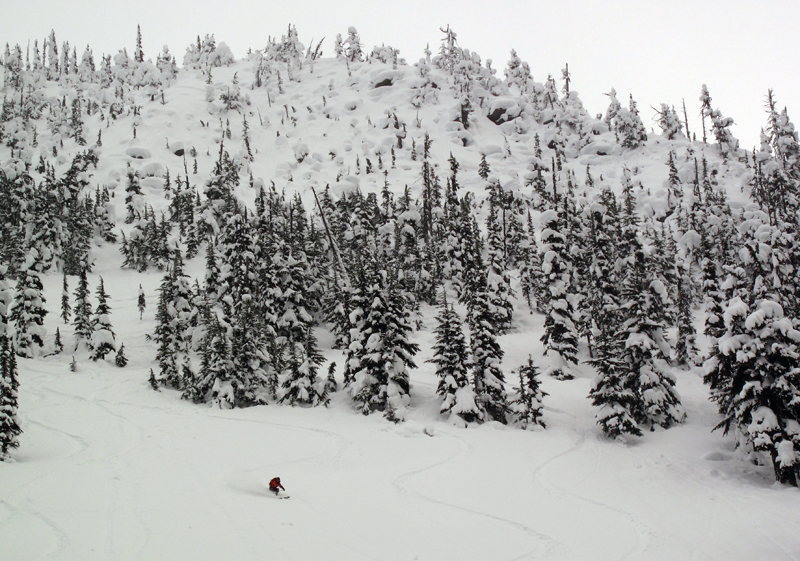 Lee rippin’ on the megawatties.

We skinned around the bowl between Eagle and Avalanche
Peak where Robert dug a pit. You can see the Asulkan parking lot down below! 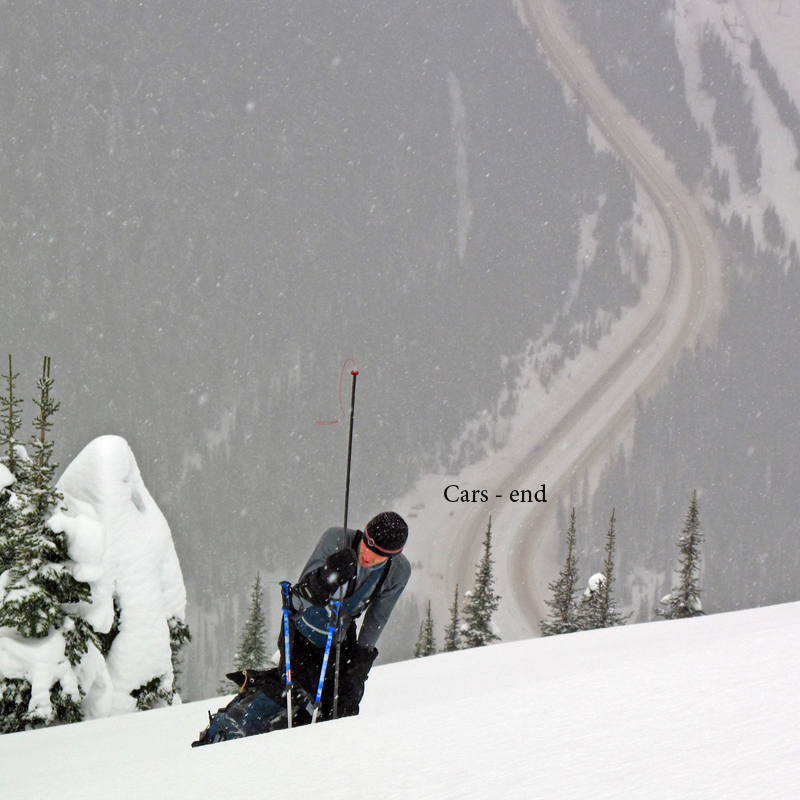 Skinning up the ridge, Glacier Crest in the back
with the Asulkan drainage on lookers right. 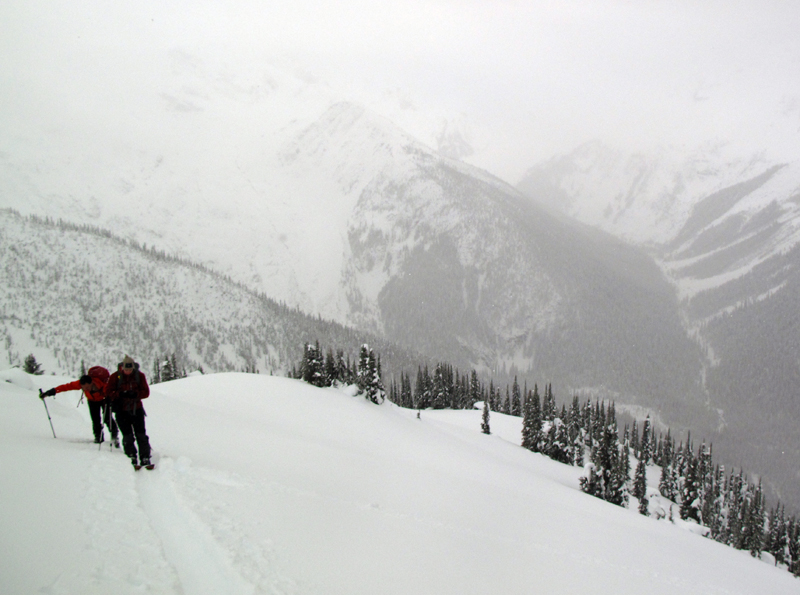 We sent Gavan up ahead to break trail on the ridge,
cause he’s never done this before! 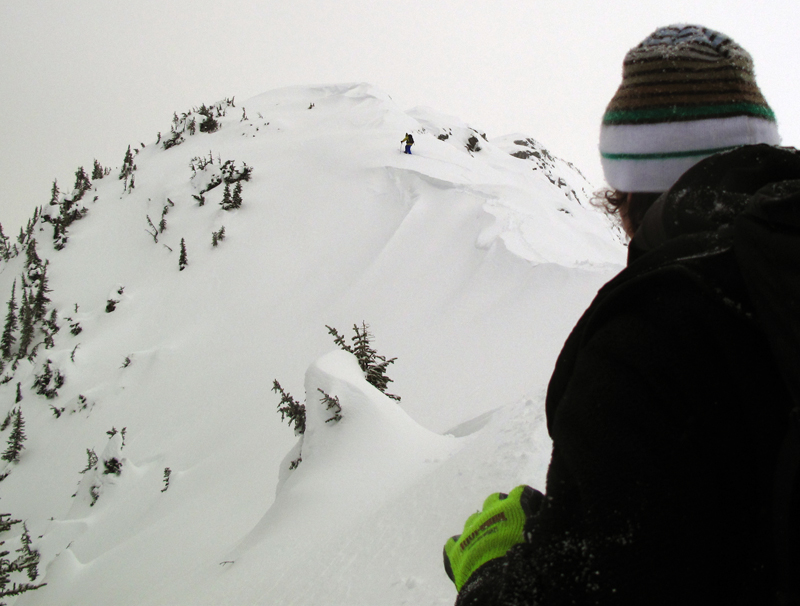 The skin track on the ridge. 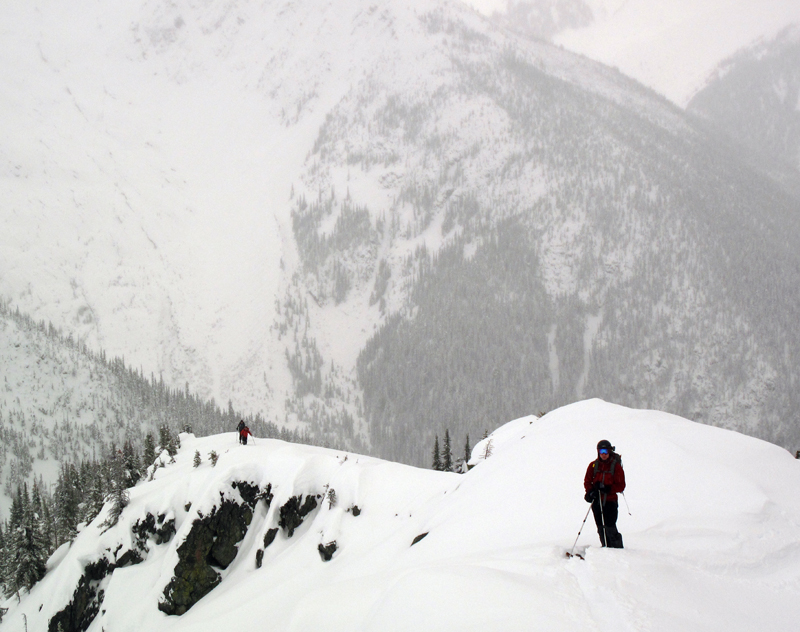 At the top of Avalanche Robert did a ski cut and
set off an … avalanche … here is the run out. 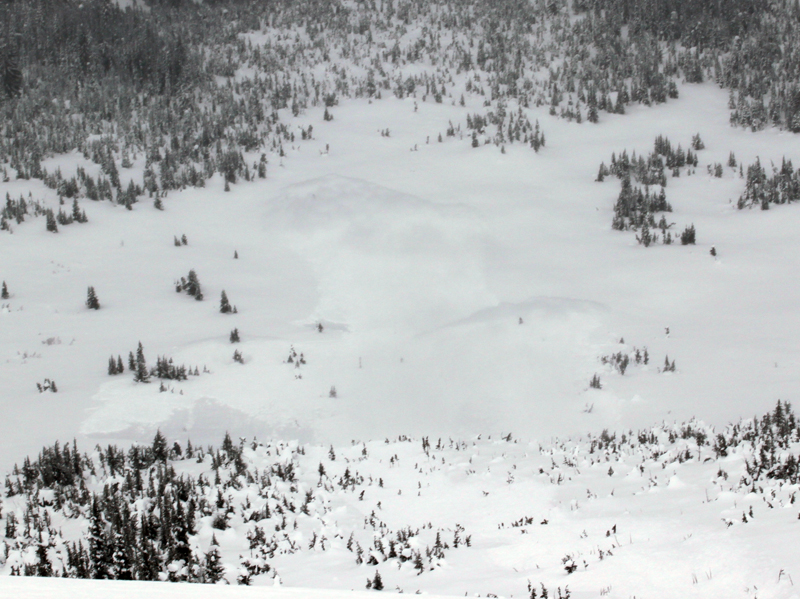 Roberts best option at this point was to continue
skiing down the rest of the slope. 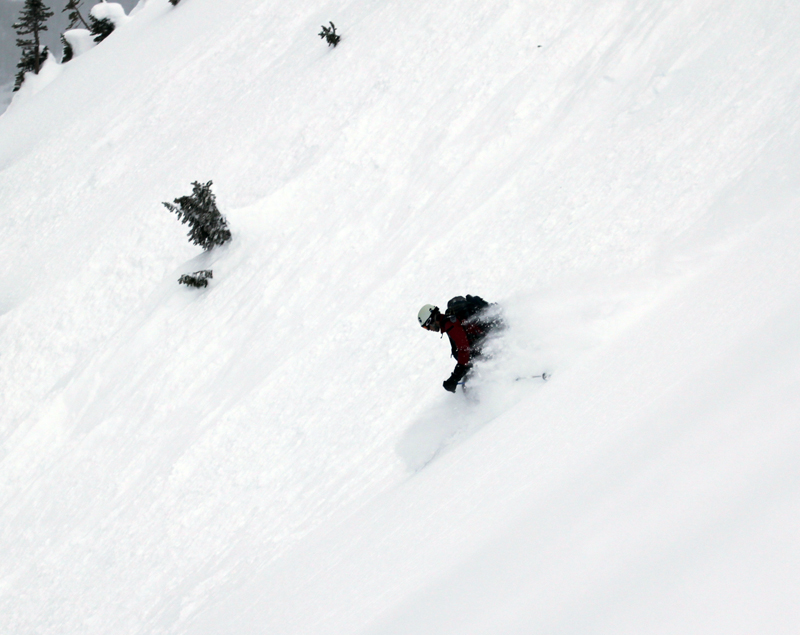 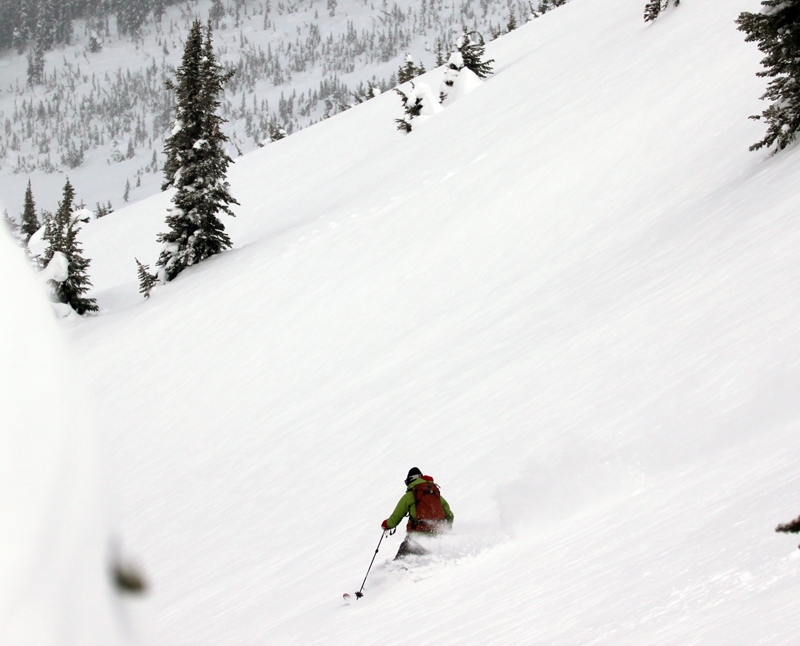 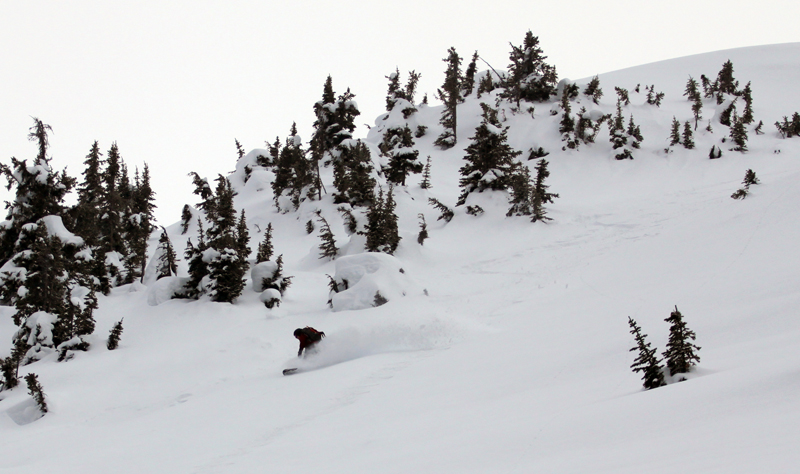 It was pretty slabby even down here. 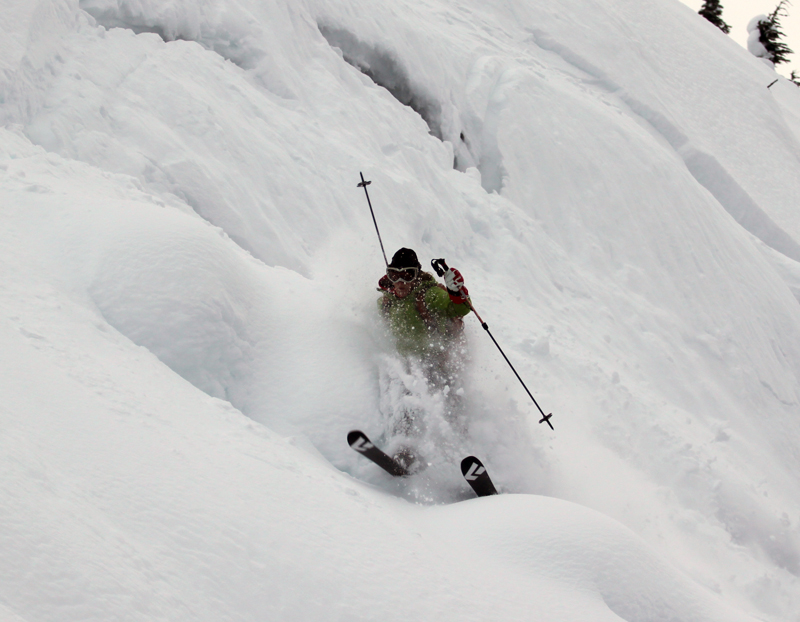 Almost down to the road. 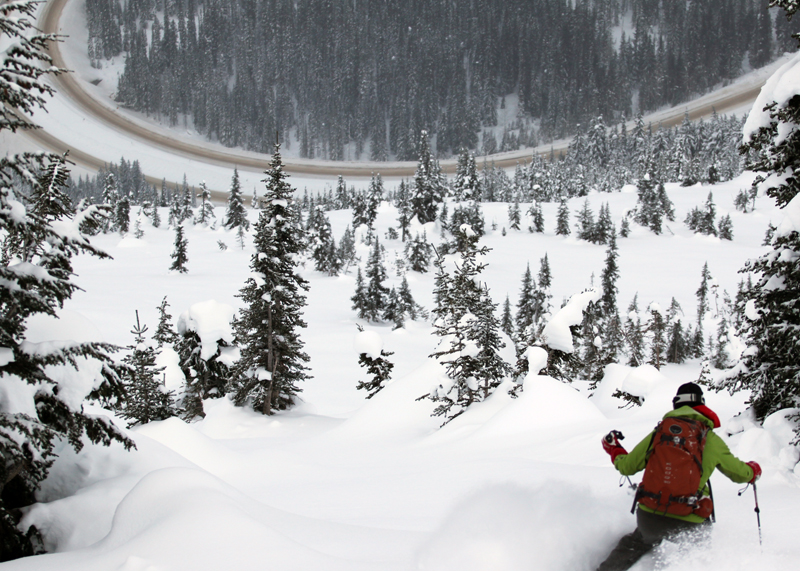 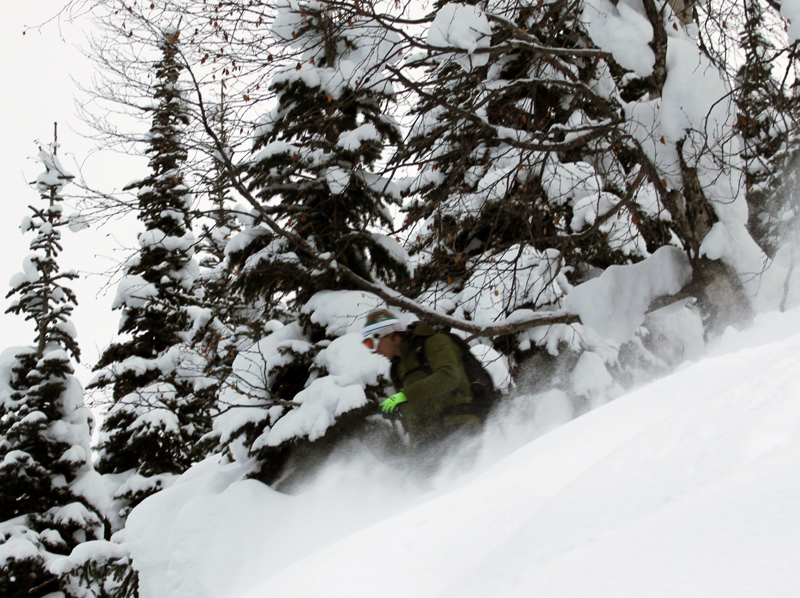 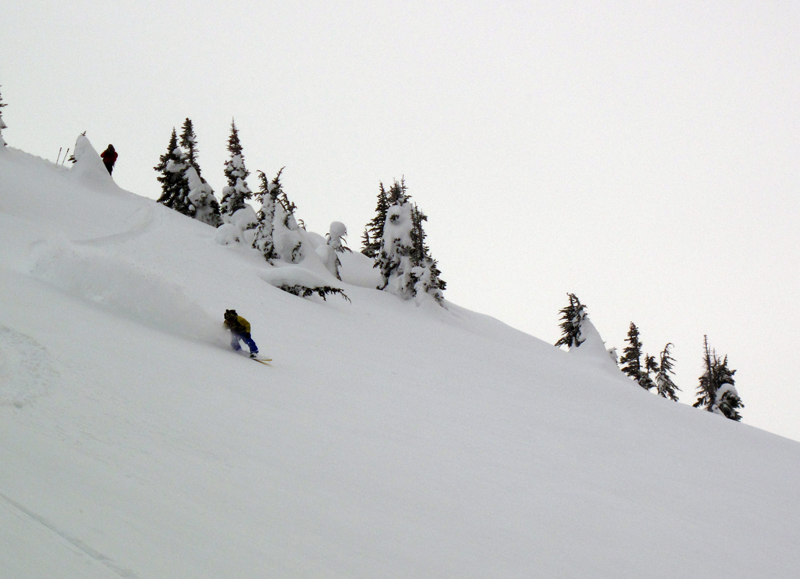 We skied down the two slopes on Avalanche. Quite
intersting terrain here! 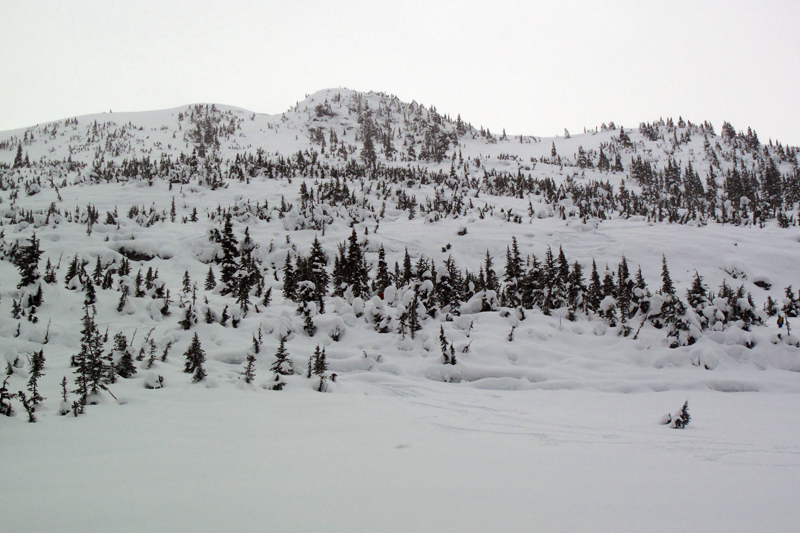 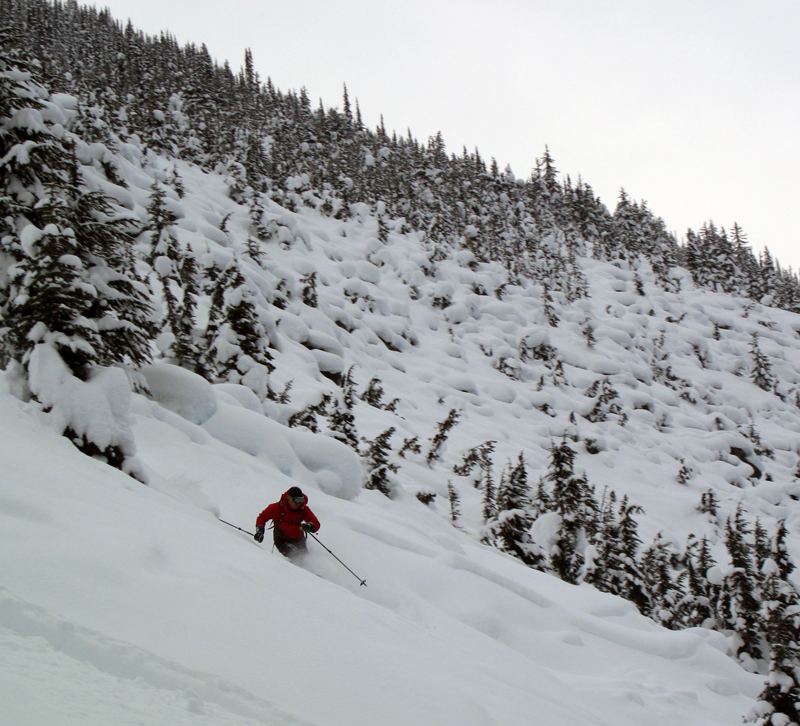 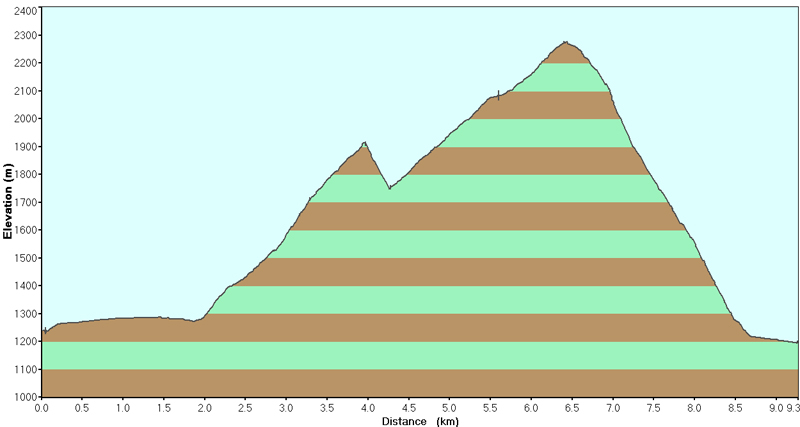 Slide on avalanche crest – Jan 9 2009 from Tyler Wilkes on Vimeo.

This entry was posted in 2010, ski and tagged avalanche crest, rogers pass. Bookmark the permalink.