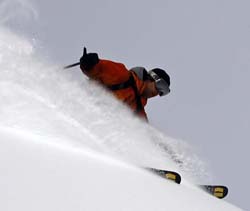 When things look tough further down south head North!  That thought could apply right now as Southern BC has gotten nailed by an epic pineapple.  It could easily apply almost anytime just as it did in spring 2014 in a tough snow year throughout BC with an unstable below-average snowpack

We were invited by Tourism Northern BC to visit the north.   Of course we made our way to Terrace and Shames Mountain but were largely shut down by poor stability.   We also had an opportunity to check out a new cat ski op in the  vicinity.

Based close to New Hazelton BC Skeena Cat Skiing is a wonderfully laid back cat skiing operation combining Northern hospitality with world class pow. We had blower pow on a road trip to the area in late March.

Only a couple of years ago the mother son team of Lynn Schwartz and Jevon Zyp moved from southern climates to the Smithers – New Hazelton area. Jevon already had a ton of experience working in cat ops being one of the original hands involved in Chatter Creek Catskiing – now one of the Canadian Rockies’ premier catski operators. As someone who knew how to maintain snow-cats and the ins and outs of catski ops Jevon and Lynn realized their dream to own and operate their own cat-ski op up north.

It’s quicker to go door-to-door from Vancouver to this operation than to get to the Monashee cat ops. Prices here are more reasonable and snow is of tremendous quality but no-one seems to have heard of the place. This is part of both the good and bad of a location in North Central BC I suppose; a boon for guests who will find uncrowded pow. 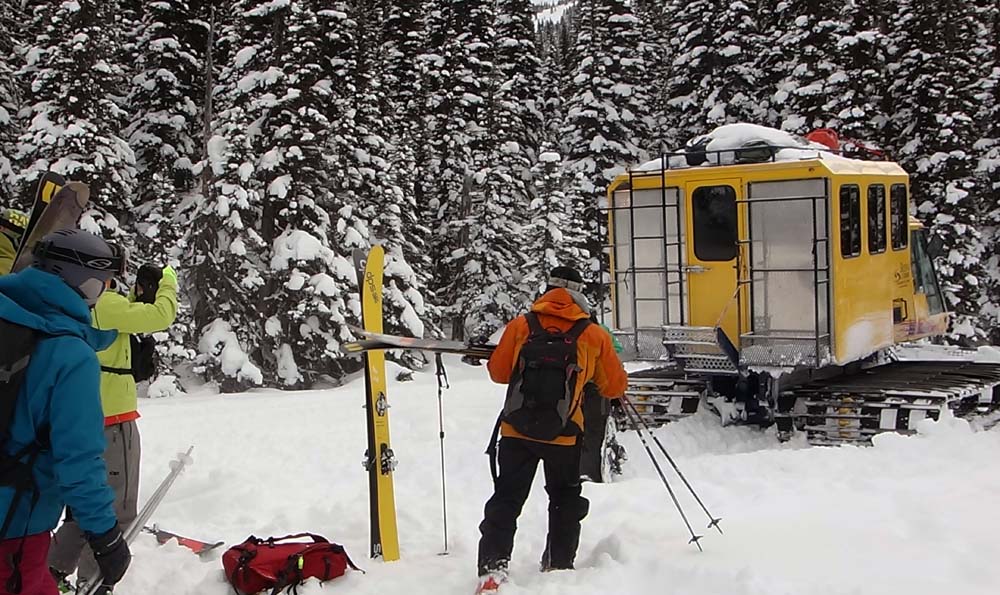 Waiting for the Cat 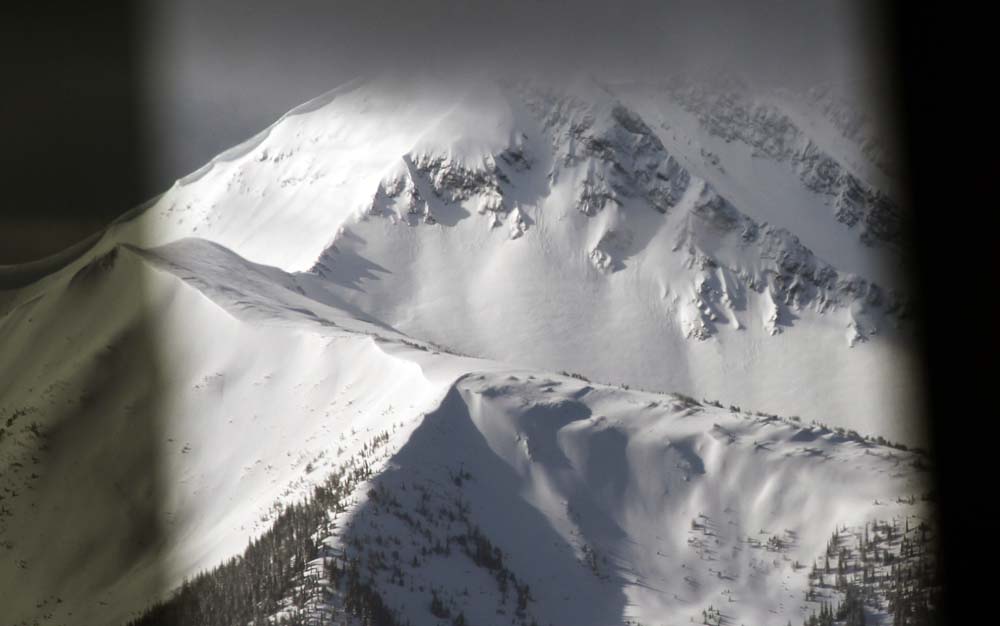 Some of the slopes we couldn’t get to with this lurking layer. 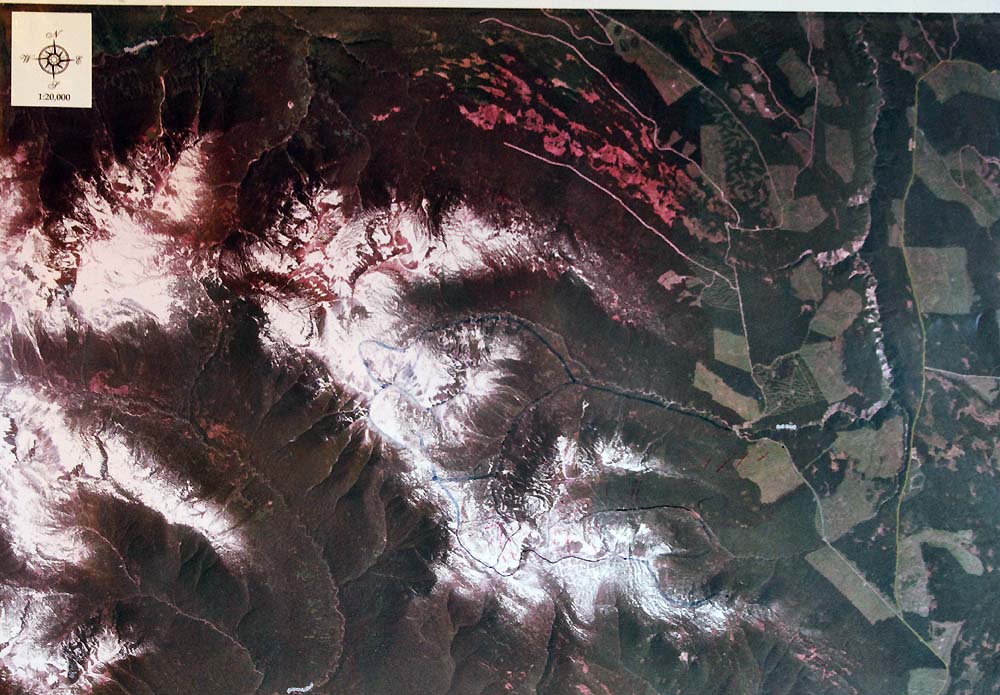 Overhead view of Skeena Cat Tenure – shared with Skeena Heliskiing (who we didn’t see the entire day) the tenure is approximately 600 square kms. Vast is an understatement 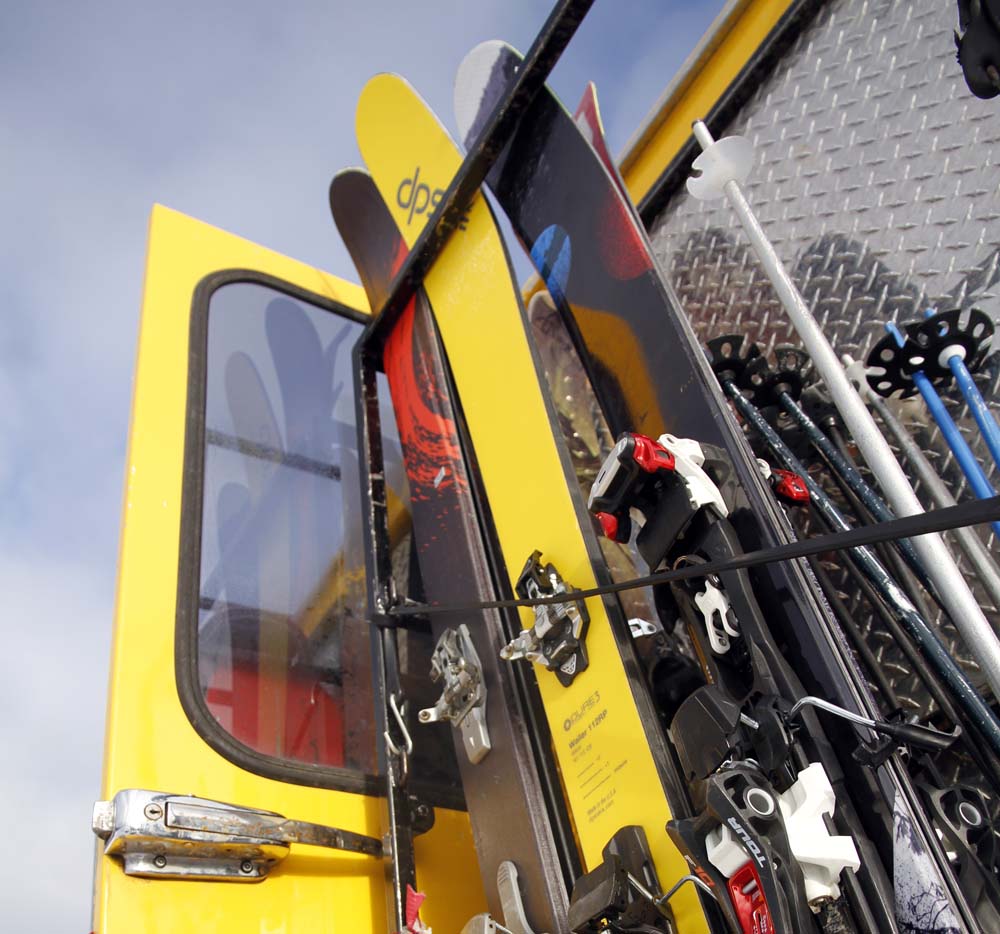 Our cat that could 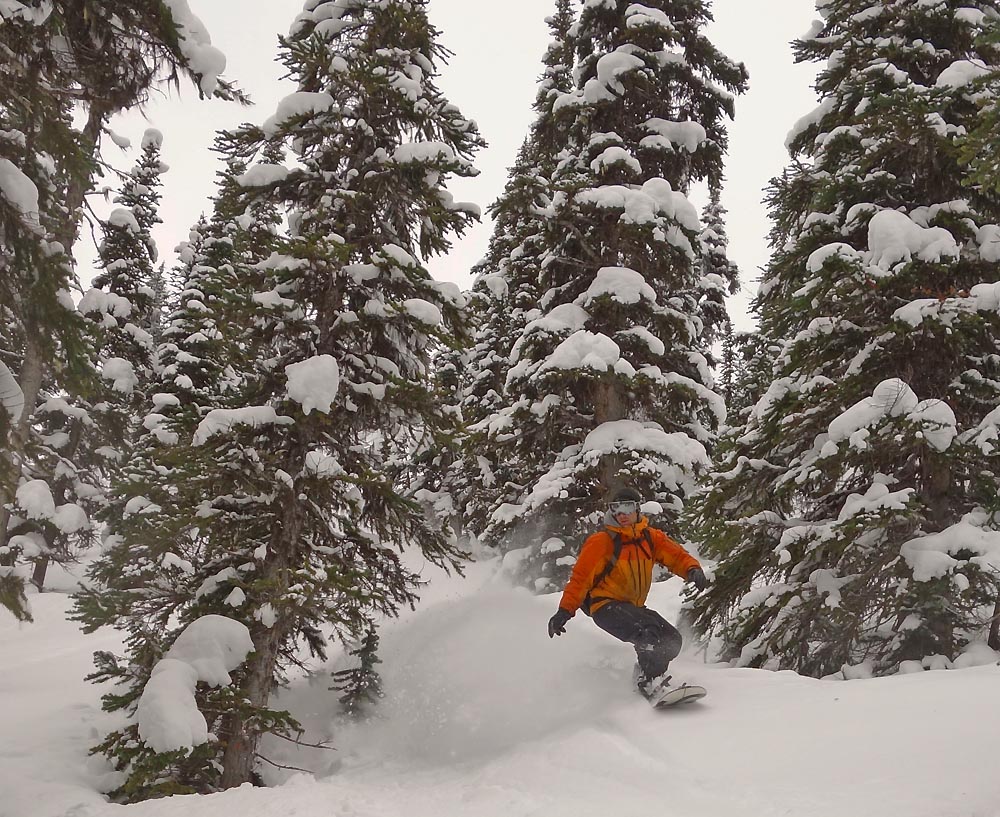 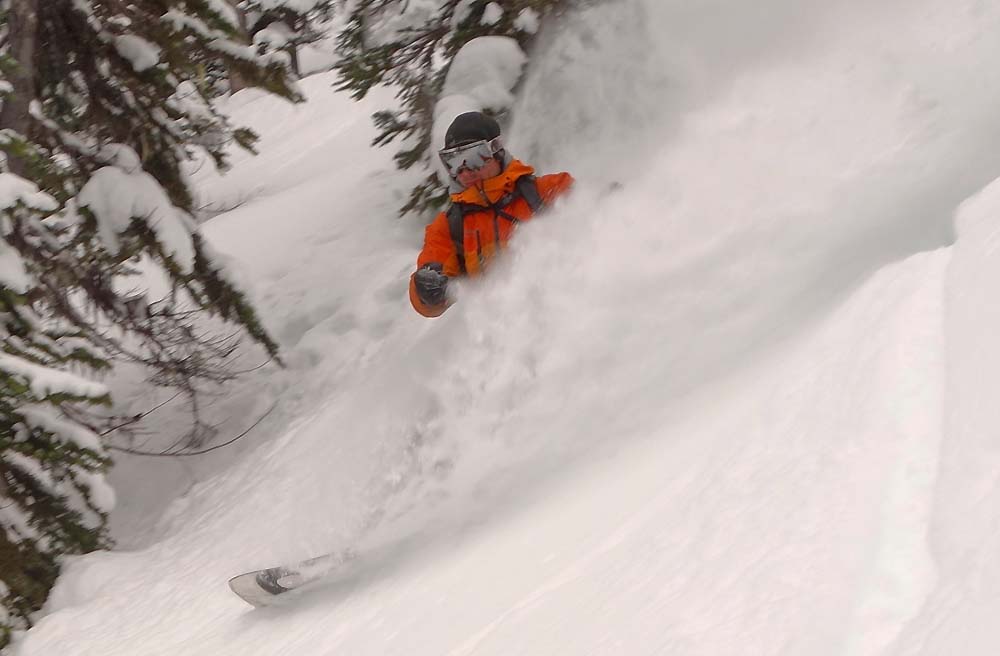 Pow in the trees was Worthy! 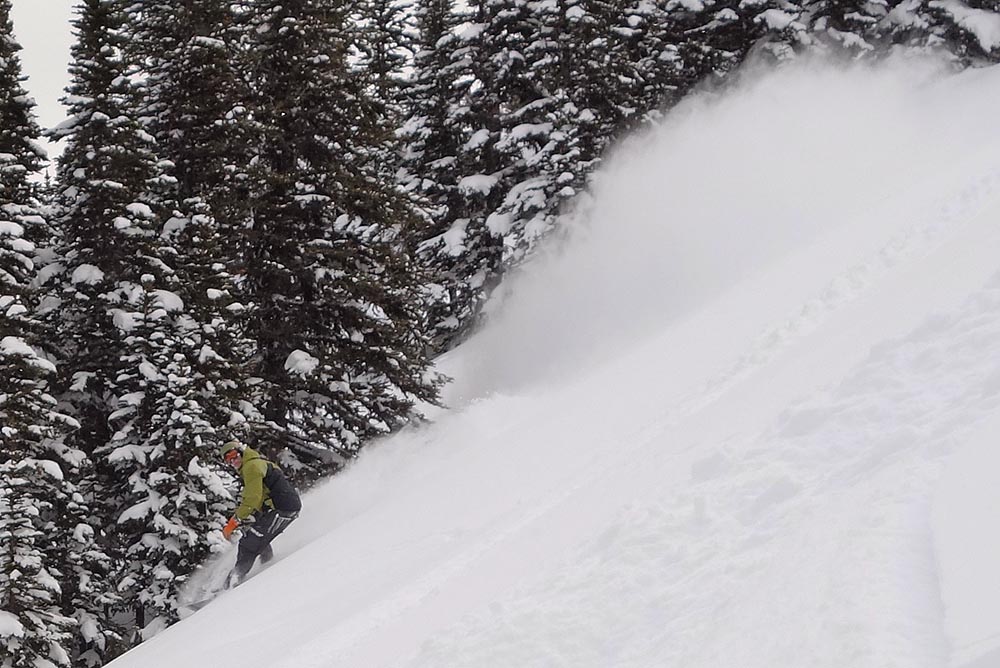 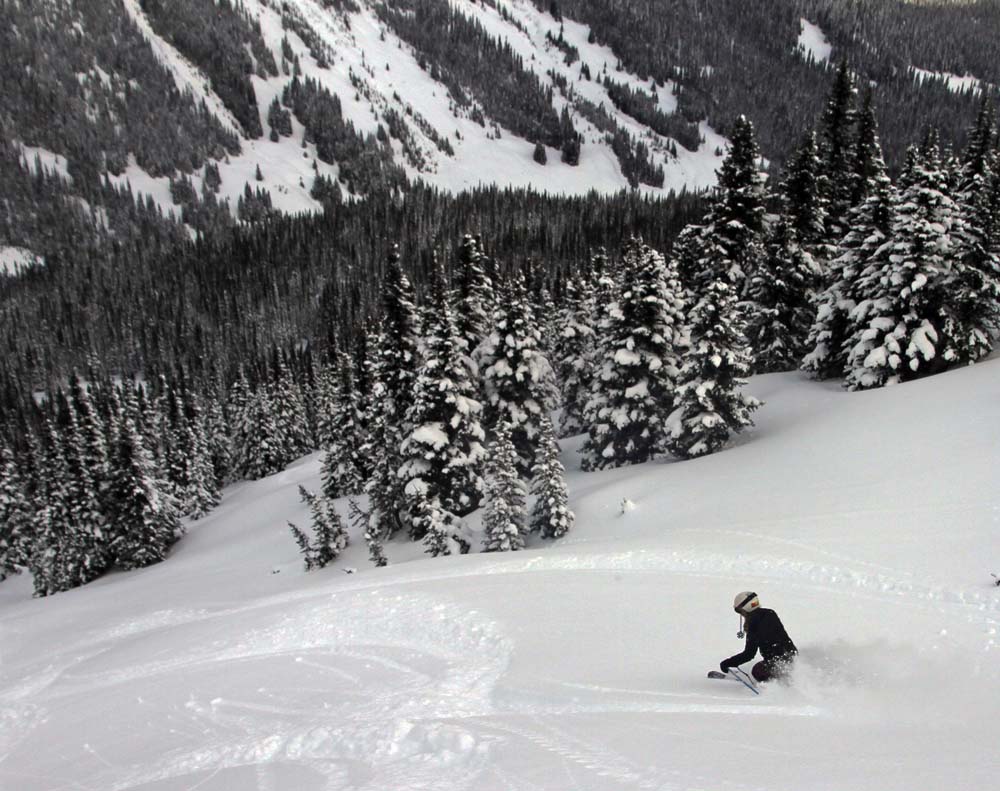 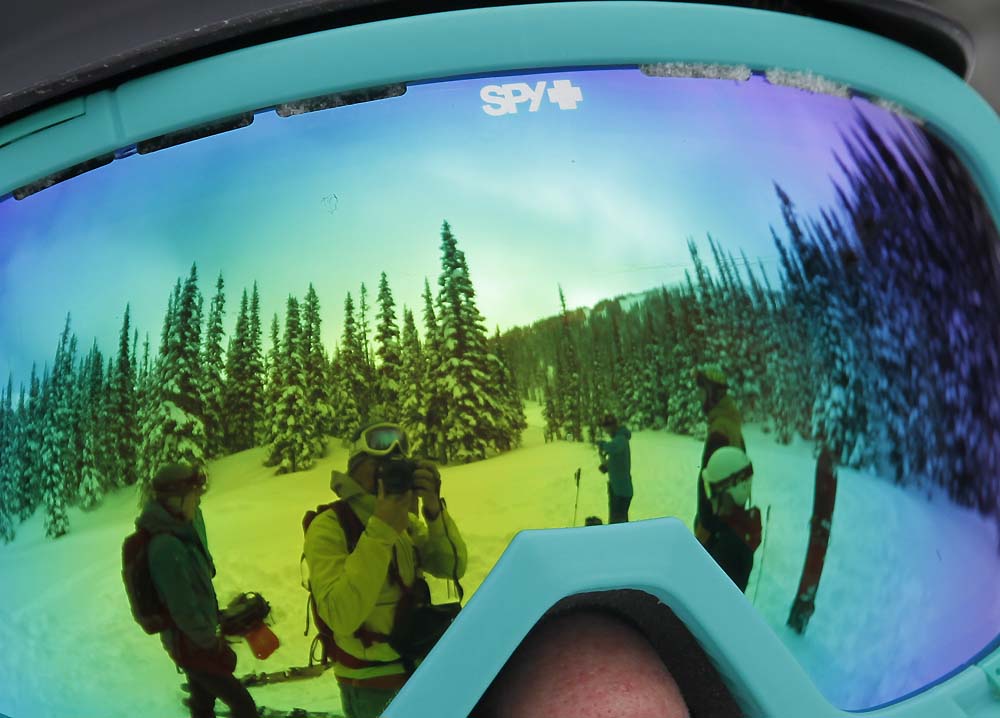 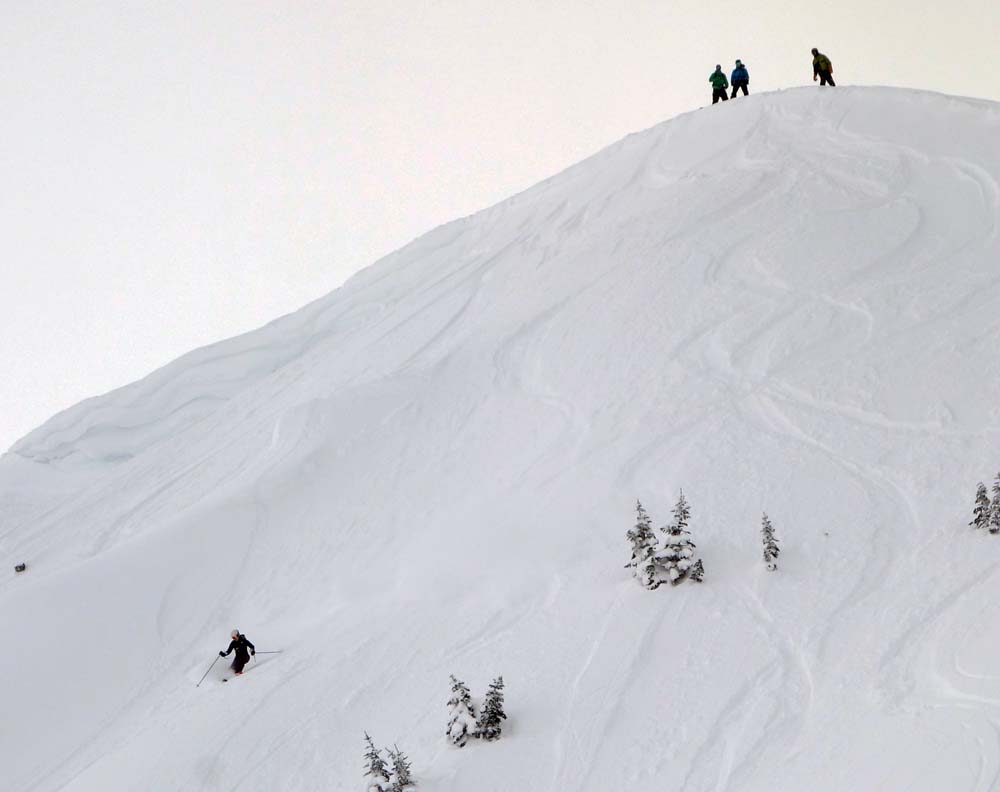 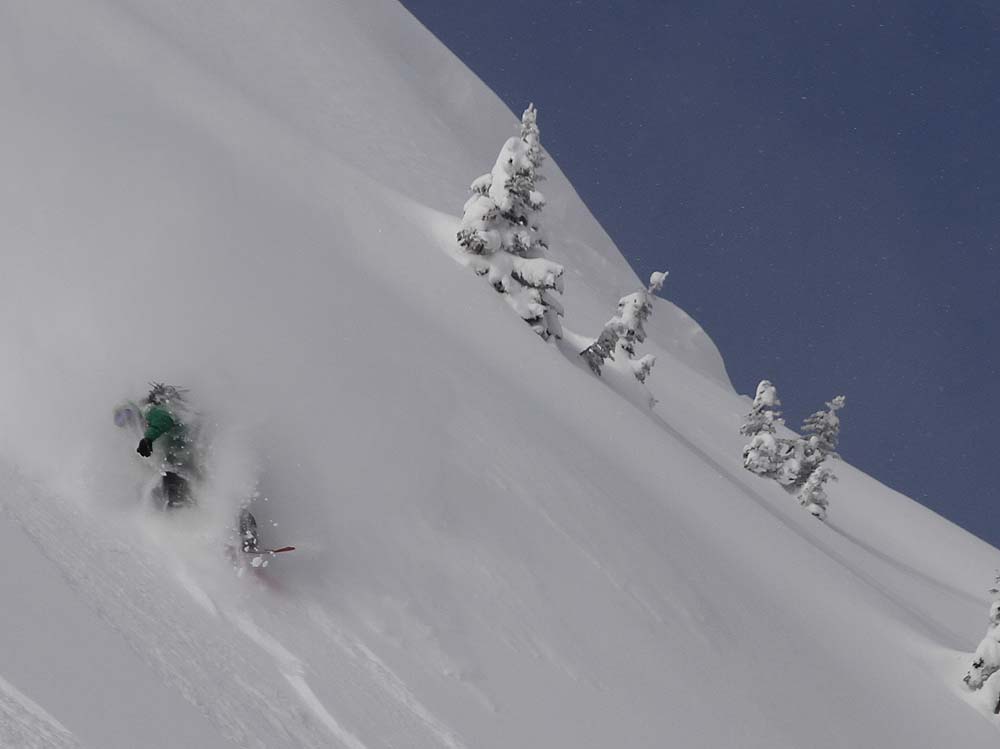 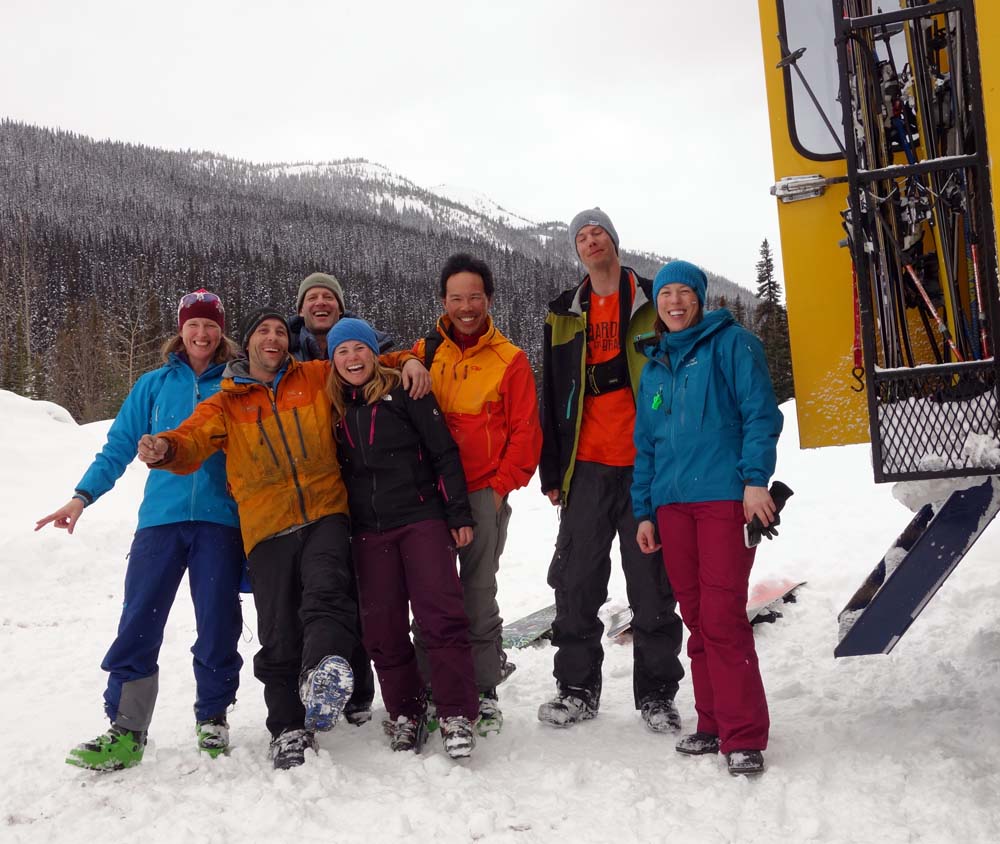 Suskwa Lodge is just 45 minutes drive NW of Smithers (1.2 hours NE of Terrace). Both towns themselves are just 2 hours flight from Vancouver.

Turning off the highway just outside of New Hazelton onto logging roads we’ll admit to being pleasantly surprised to arrive at Suskwa Lodge. It’s a gorgeous building with 5 double occupany bedrooms all with ensuites. A large living room and guest area adjoins a kitchen downstairs. Basically a pretty nice place to hang out after banging out powder laps.

The lodge itself is at low elevations so guests are driven to the area where the cats are parked approx 40km away (about a 45 minutes drive). Some guests want the option to be closer to the goods so next year Jevon will be putting up some Yurts to omit the drive. For us, the extra commute wasn’t an issue especially since we had a tight fast group. Once there we did 15 runs on the cat. While runs were short, for the lurking instabilities present all of this season, skiing in the trees and on conservative alpine terrain was prudent. Longer runs can be had if conditions allow. 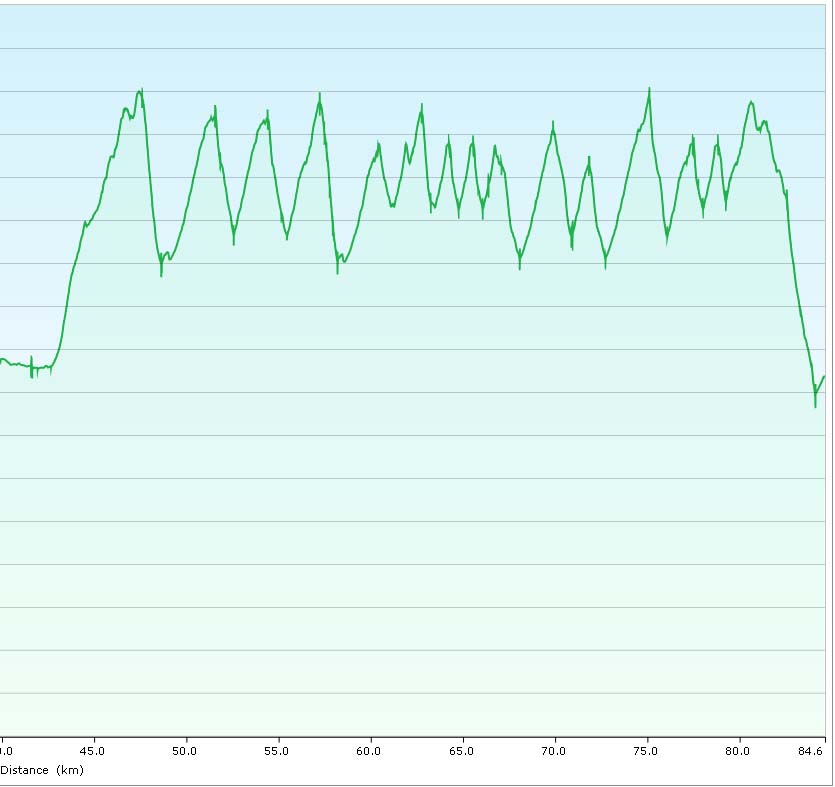 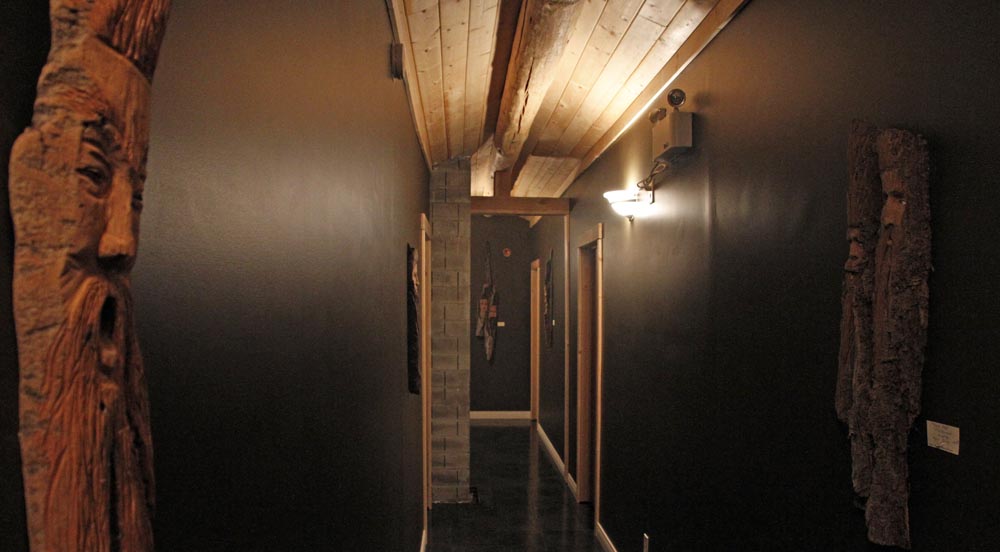 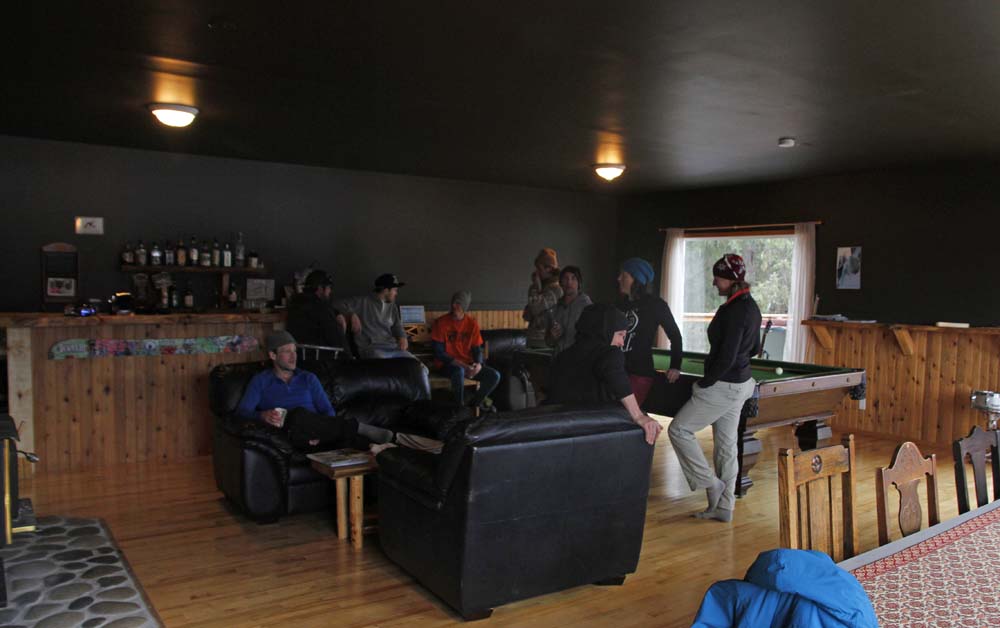 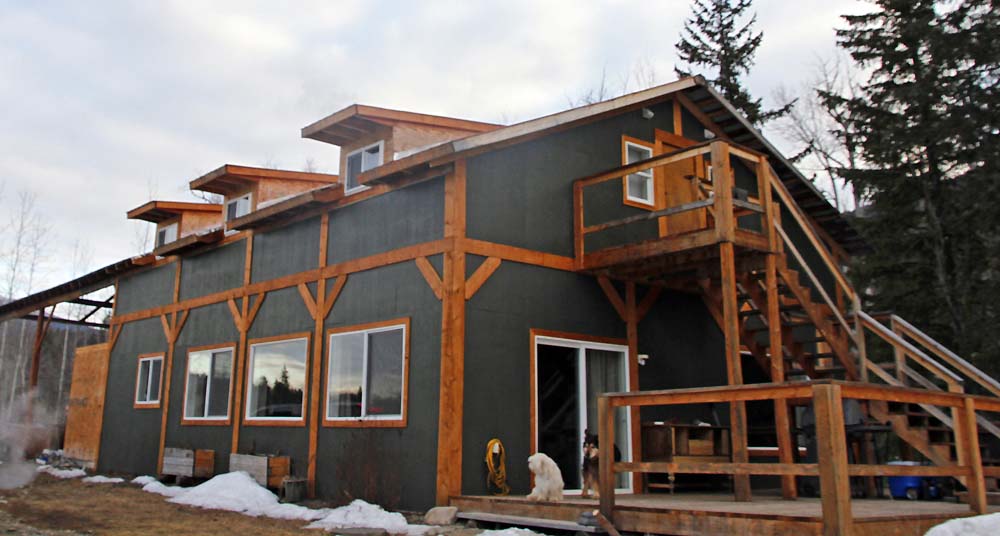 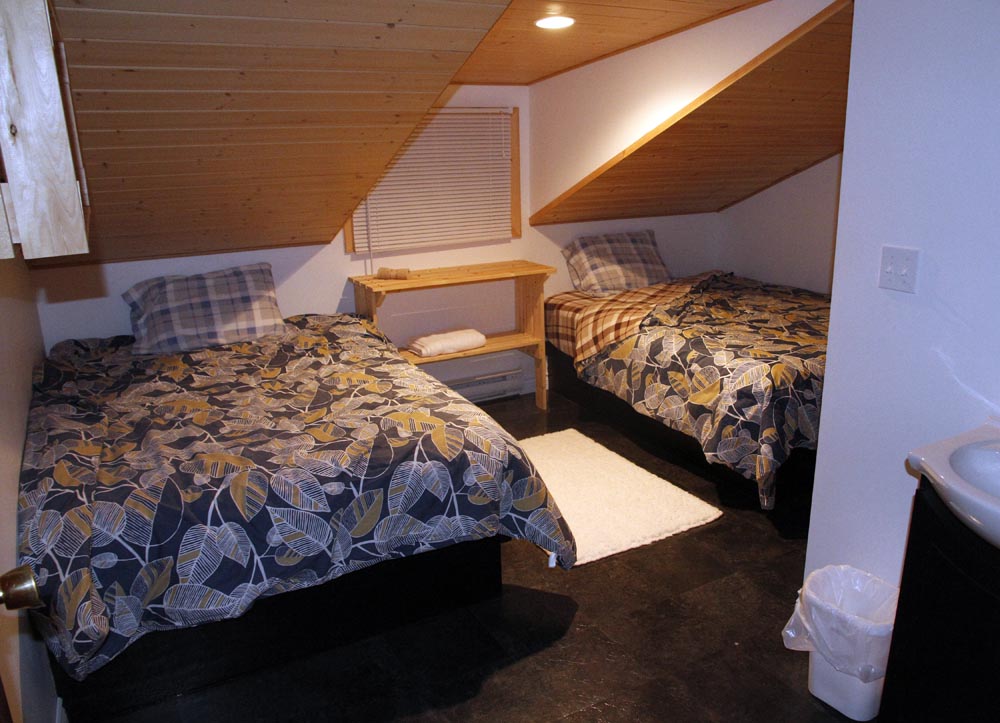