Now in its second decade; another Whistler bike park opening day with yet more work by the tireless bike park crew, patrol and customer service. Despite local trepidation that the WBP would be "Americanized" and dumbed down by waiver-toting Vail lawyers it seems that all’s well. The Creekside expansion proceeds apace. Trailwork is towards bigger, sendier features but also with an emphasis on making the greens/blues better aligned for beginner/intermediates and those who just want to chill. Word is that the Vail overlords saw how good things were in Whistler in the summer, realized that they could learn from the best to keep summer visitors entertained and the cash flow flowing.

Patrol patches you up and helps prep for opening day

A phalanx of Customer Service staff on hand to field questions, get your passes processed and get new RFID tickets issue and waivers signed

Of course there’s a pile of snow still up high due to the rather magical winter snow dumps (what’s new?). The usual gong show of making snow to keep skiers placated in tib-fib snow in November was replaced by digging out the lower trails to prep them for dirt-thirsty bikers.

The first day stoke is so real. It’s always cool to ask people where they’re from. The internationals in particular are so excited they almost burst with wonder; which is cool as it reminds jaded locals how lucky one is to live here.

Right now it’s your basic early season conditions with the park not too blown, chundered or dusted. Here’s what’s new 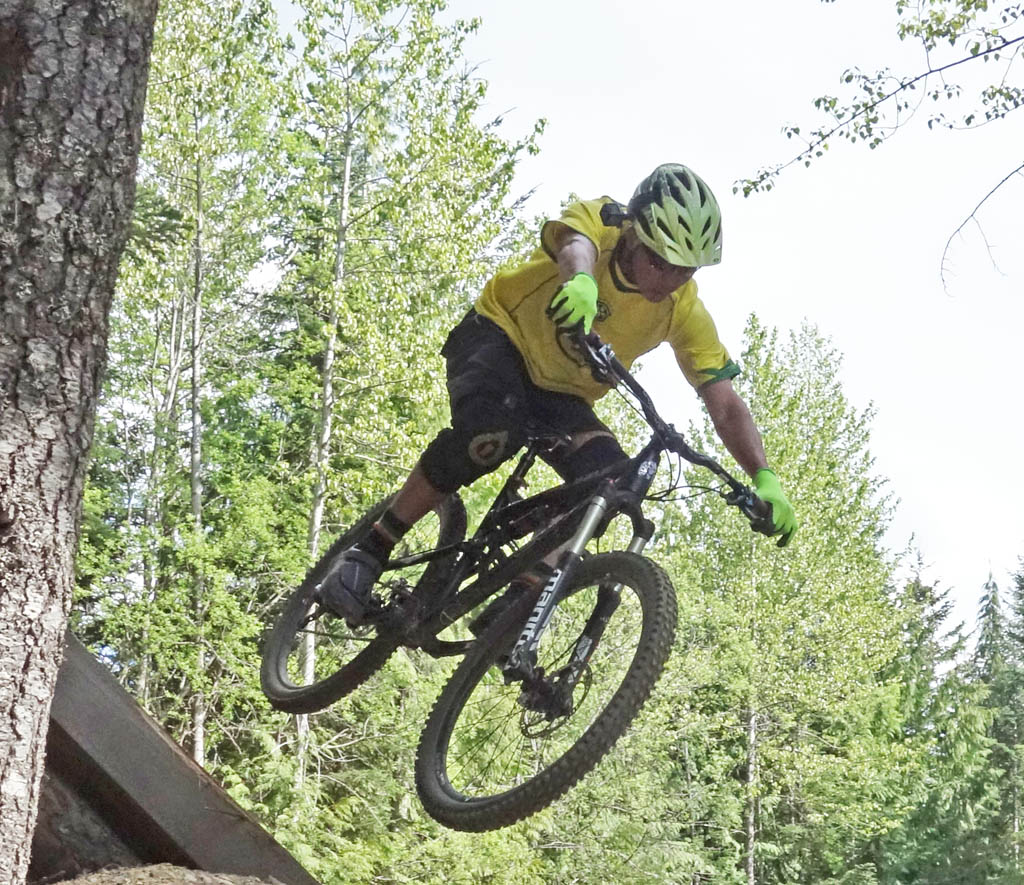 Crank It Up is always a good warmup first run 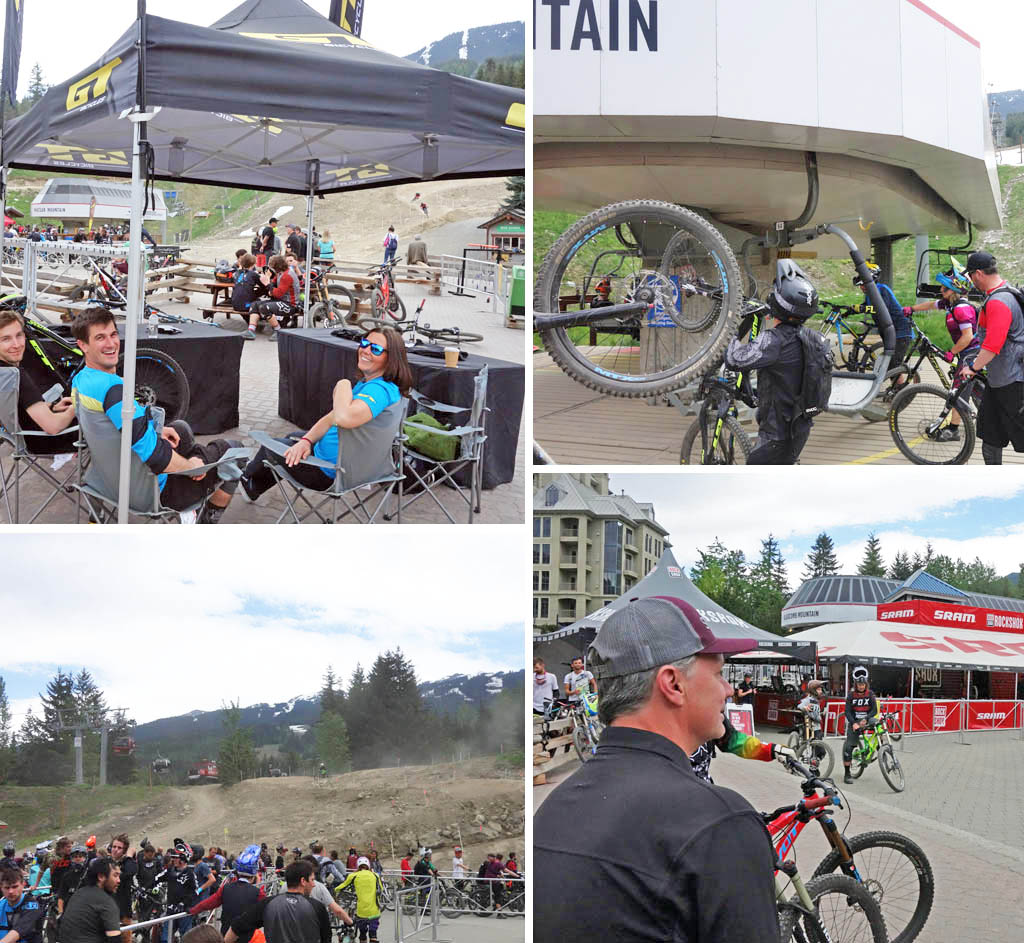 Good to see familiar faces and get into the familiar routines. Terry of the WBP instructional crew, Shaun of Fluid Function (your SRAM whisperer) and the litany of the liftline and loading 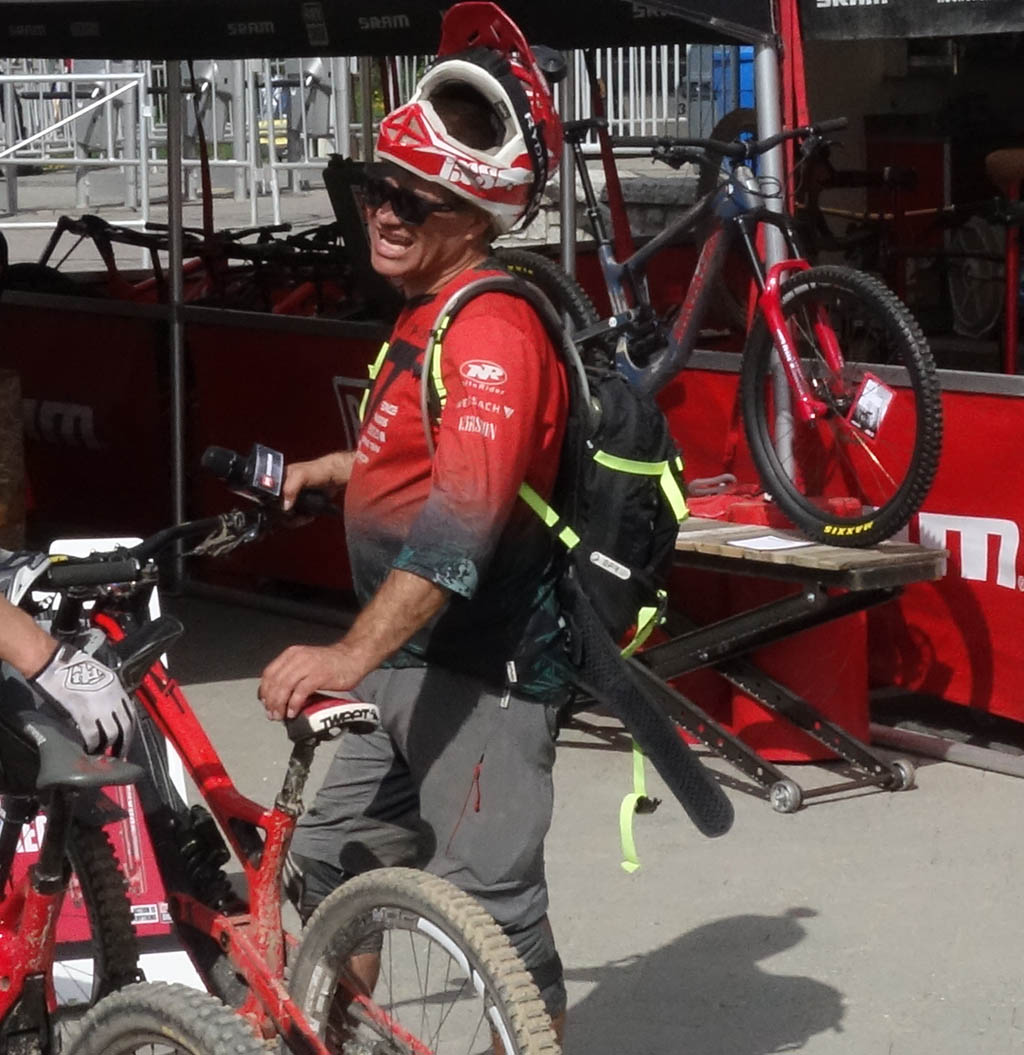 Trails are coming along really nicely. In particular Crabapple Hits, A-Line (with the full treatment), technical trails cleared of blowdown and good – to – go. Dirt Merchant work is pending soon. Angry Pirate, Longhorn, Devils Club, Ho Chi Minh got new work. The bottom of Crank It Up is also getting worked on. Rain forecast for late Saturday and Sunday for trailwork bodes well for trails to get compacted and settled 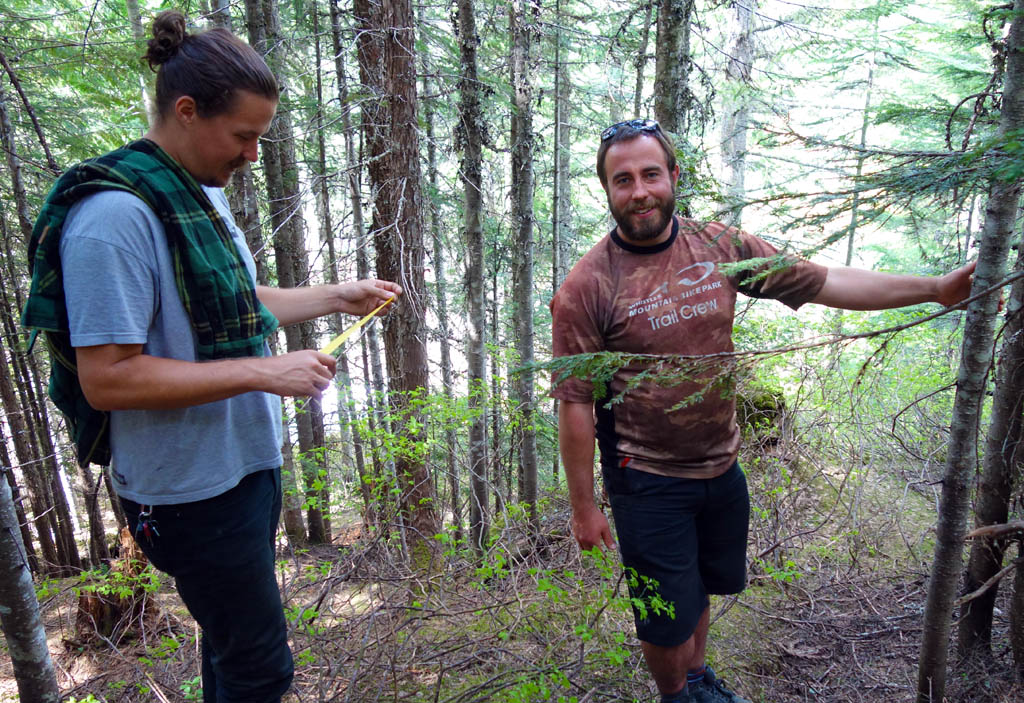 Peter, Pat and Shem (not pictured) walking out a reroute of Dirt Merchant to make the Bike Park great(er) again 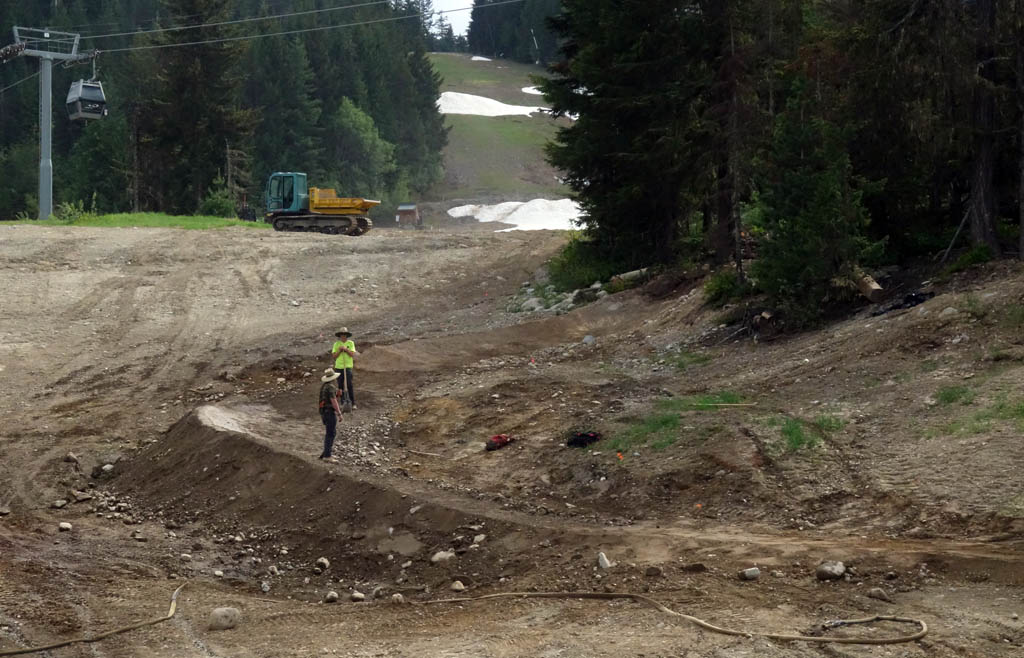 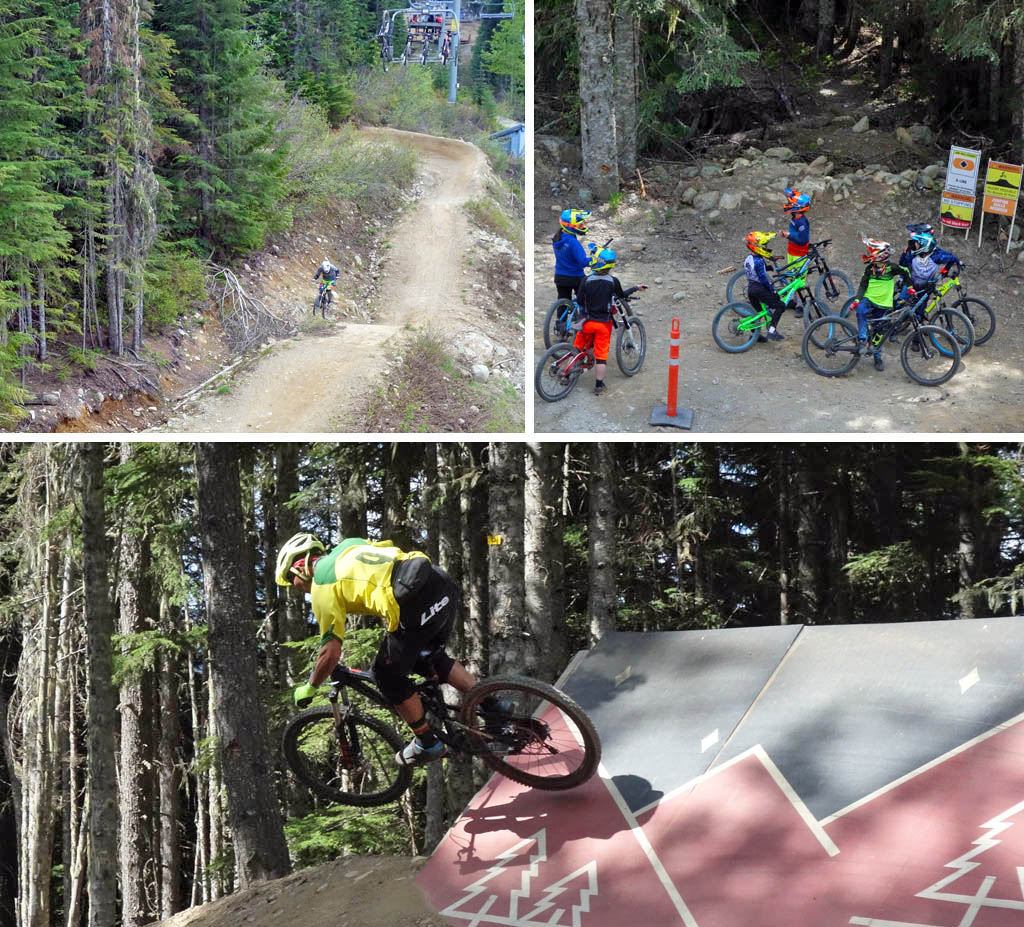 So many women on the trails! Nice to see the sausage factor of biking being mitigated. Lots of kids around too

It’s safe to say that the lower trails are running well. Show your appreciation for the work of the tireless volunteers by foregoing a beer or three and donating. 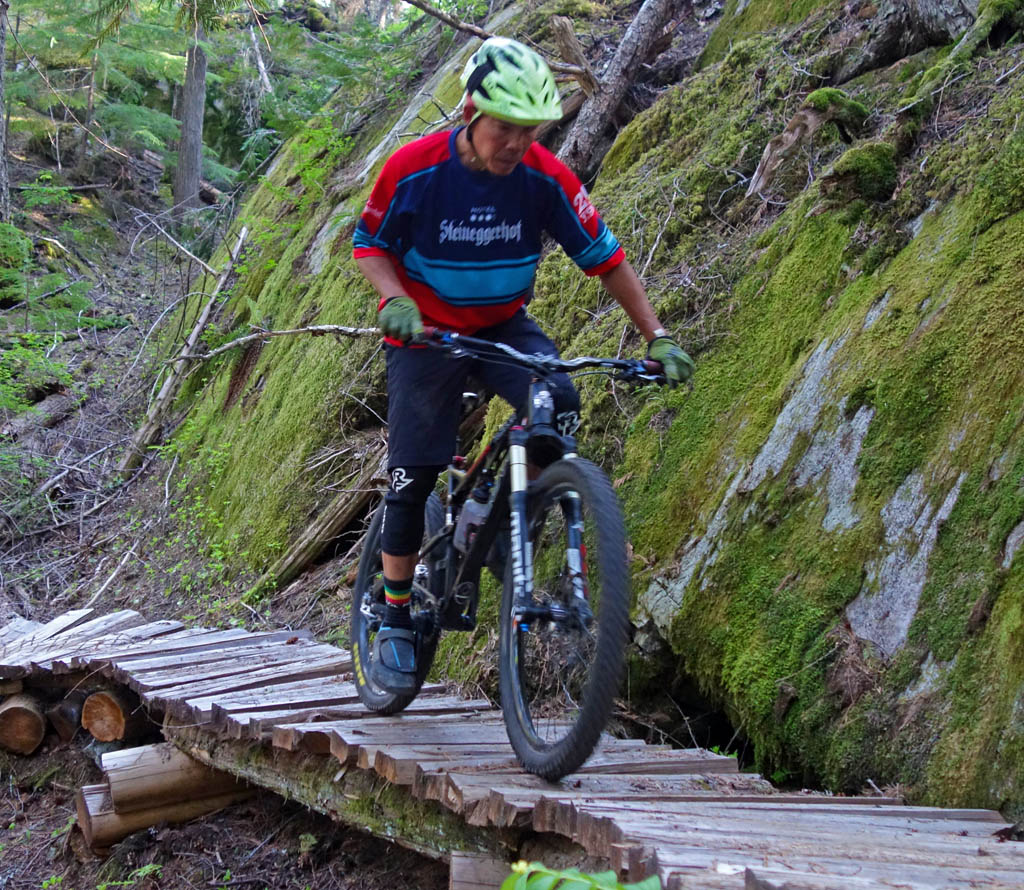 North of town is clear 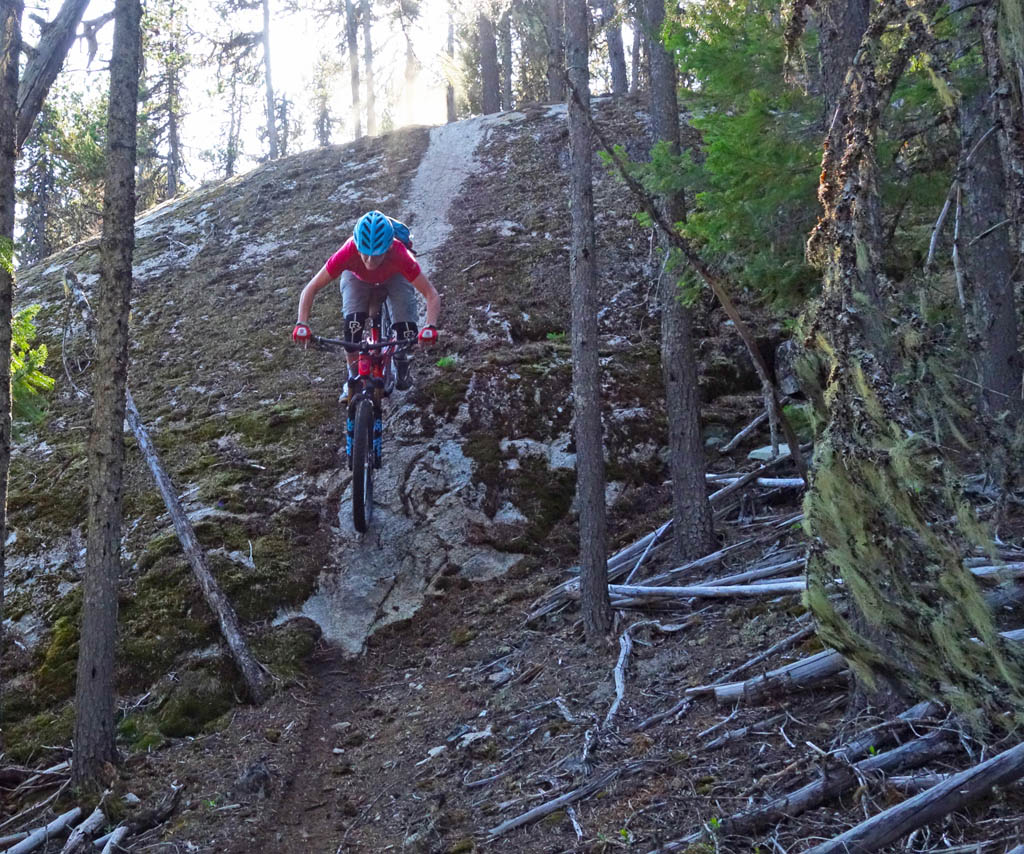 Spring Freshet on the Cheakamus River south of town 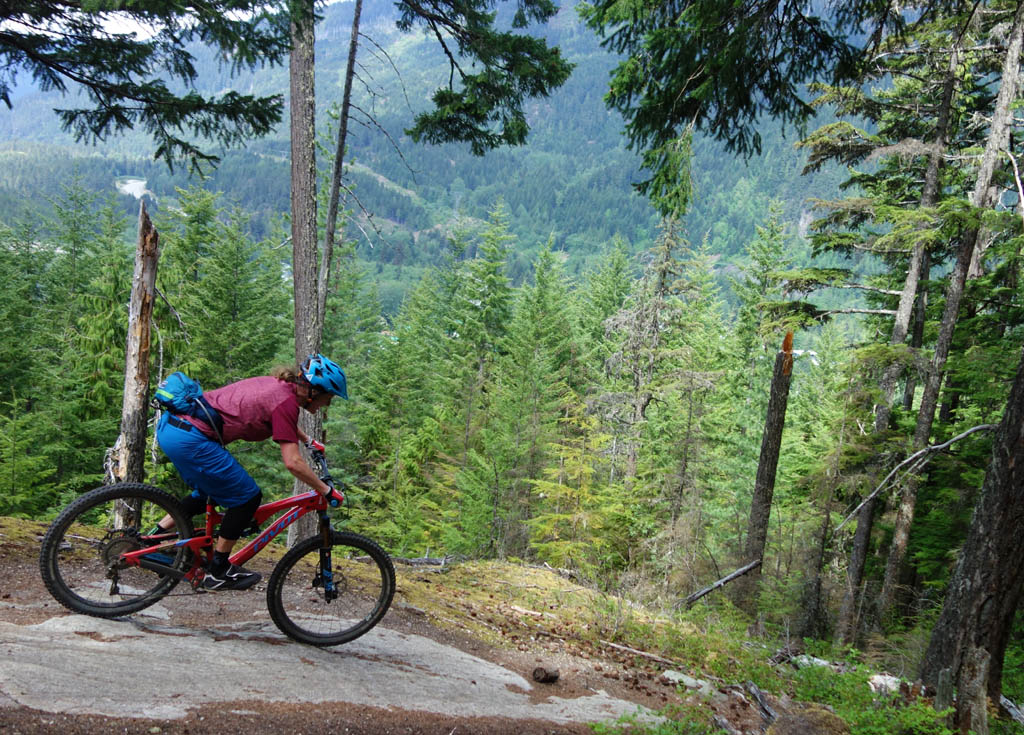 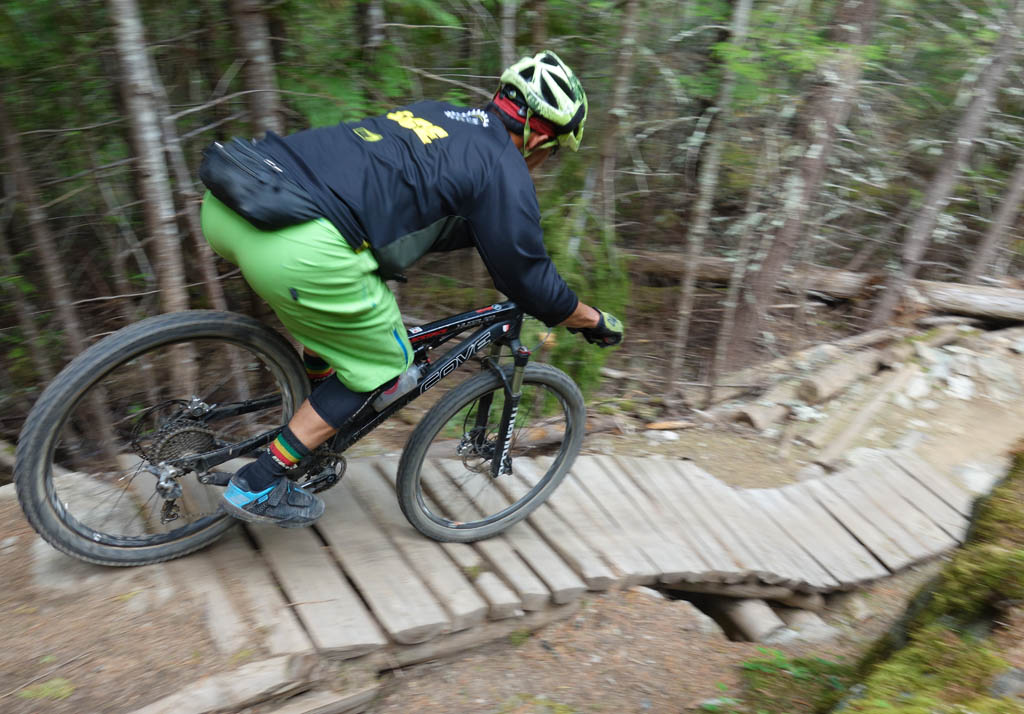