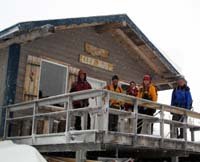 Monday came with snow! Ski Smithers is closed on Monday and Tuesday so we decided to head up to the ski area and lap the runs!

John has been a tele skier for the last 1000 years. We swapped gear so he could see what the new equipment is like and I could digress back to ski infancy and tele again! 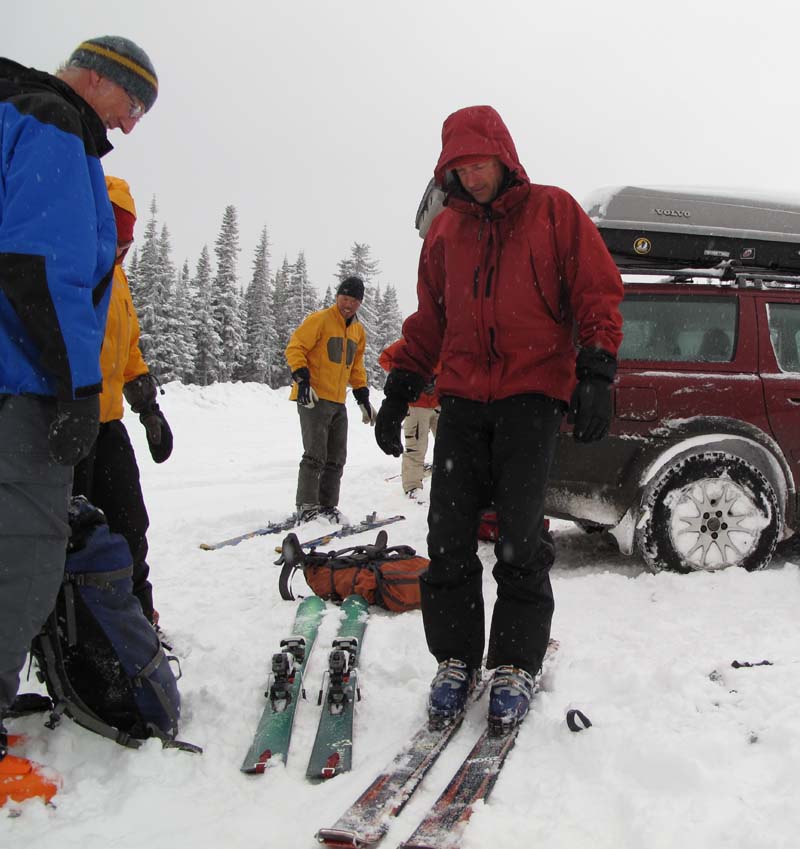 We skin up to the Skyline Hut where we hung out between laps. 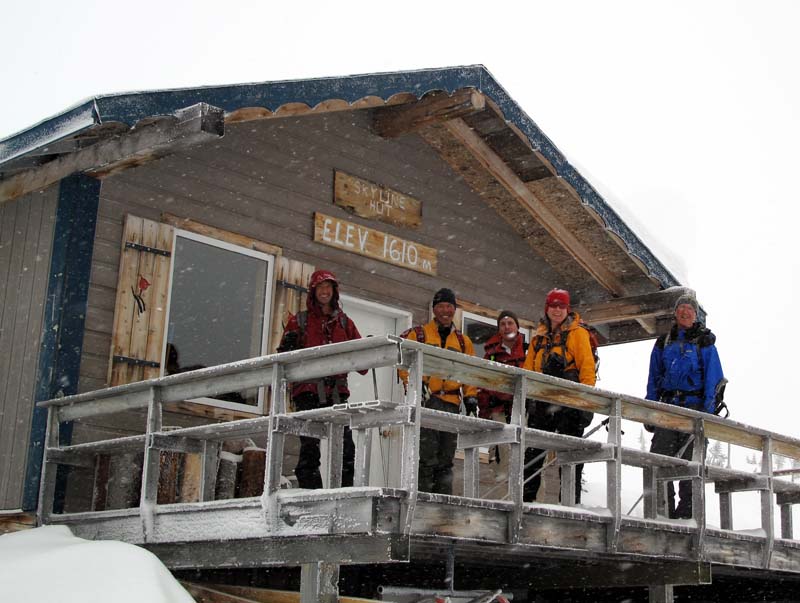 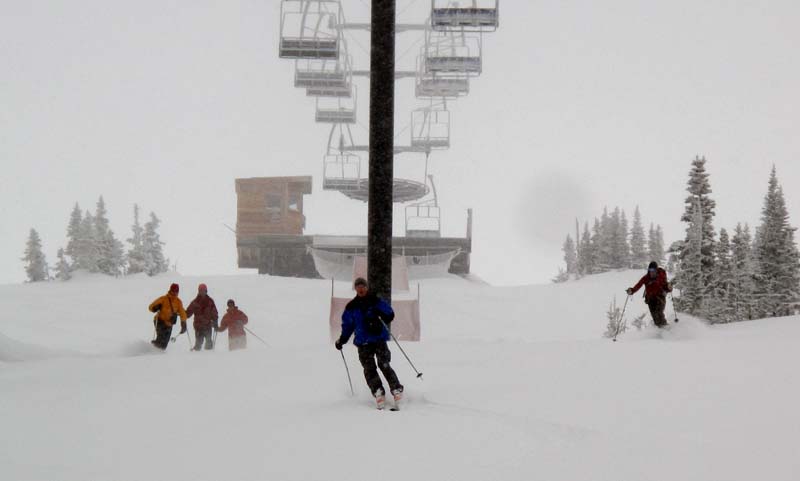 John seems to be adapting well to the PHAT Verdict skis! 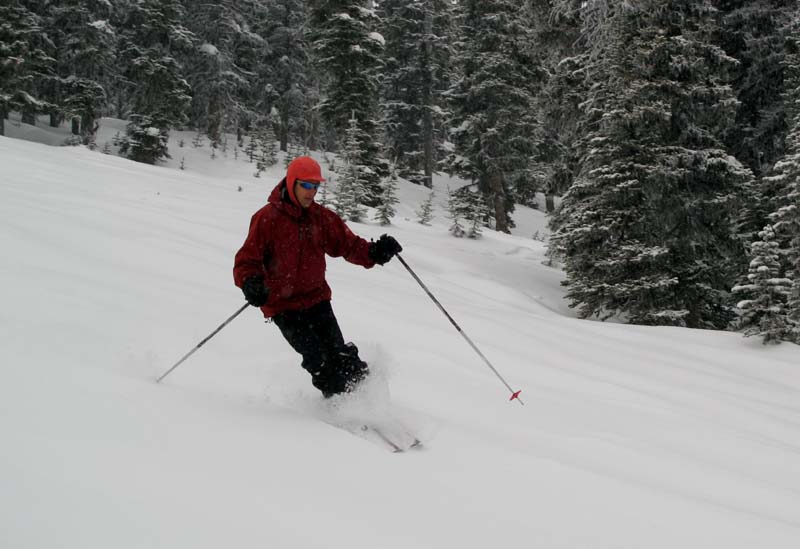 Check out the parallel STEEZE! 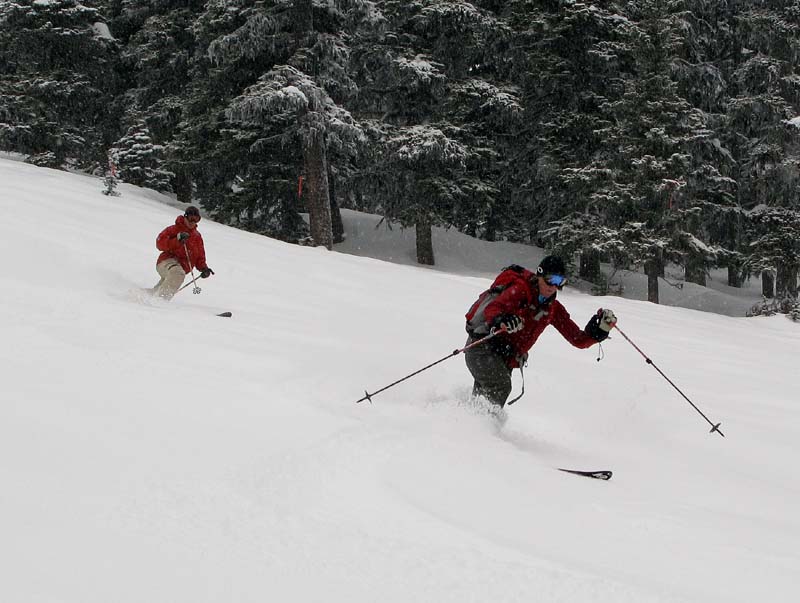 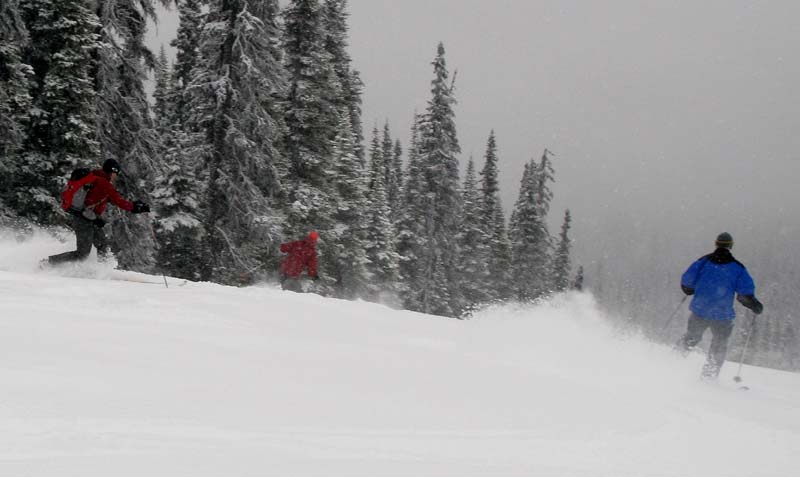 The AT vs TELE race! 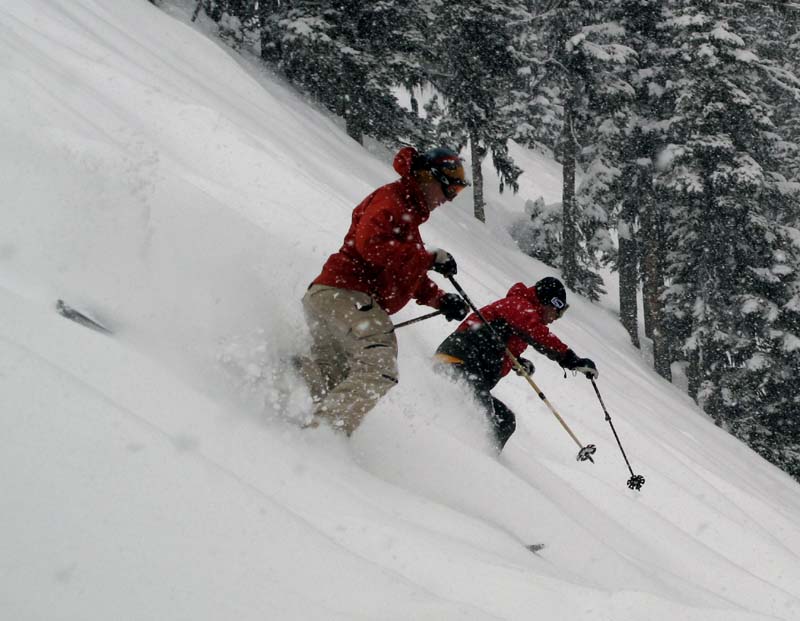 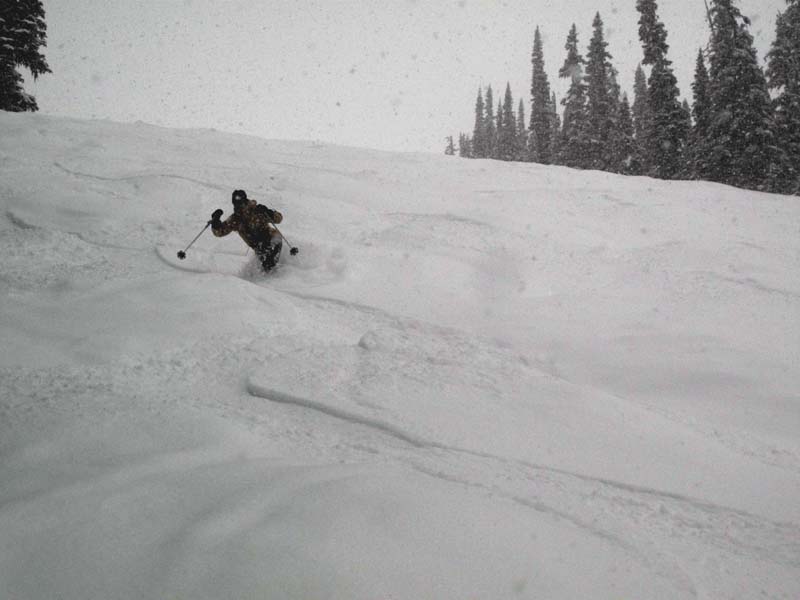 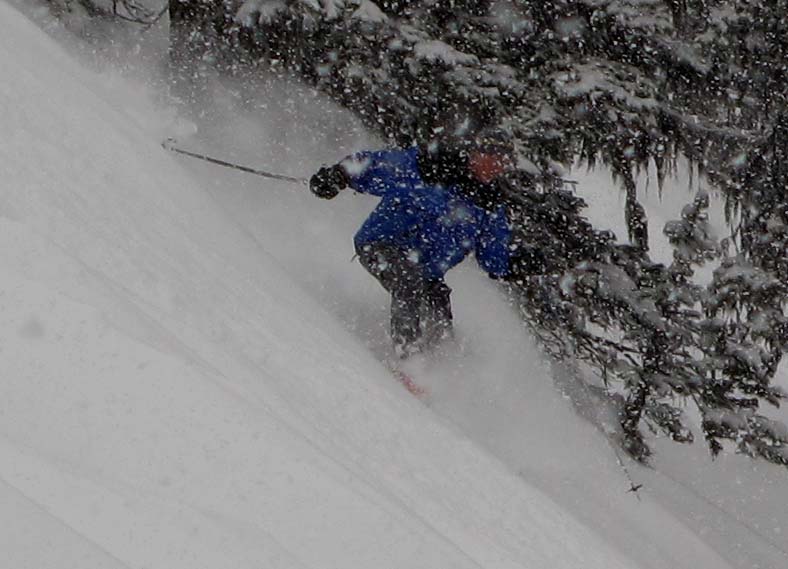 This entry was posted in 2009, ski and tagged central bc, mt hudson bay, Smithers. Bookmark the permalink.