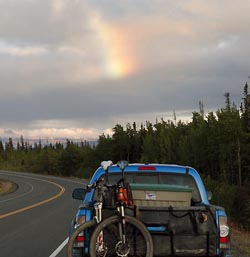 Part 3 Day 2 – Haines Junction to Haines to Skagway to Whitehorse.

Our Flight over the Icefields was incredible. Lee took tons of pictures and will have a separate story on that. The next day we got up early and drove to Haines Alaska, 240km away. We then caught the Alaska Ferry for the one hour ride to Skagway. We were going to spend some time in Skagway but there were four Cruise ships in dock so we booked it out of there! Yukon Tourism calls the route from Whitehorse to Haines Junction to Haines to Skagway and back to Whitehorse the Golden Circle Route. They recommend 5 days for a leisurely drive but we wanted to ride our bikes so headed back to Whitehorse/Carcross. Apparently there are nice trails in Haines and Skagway …. next time. 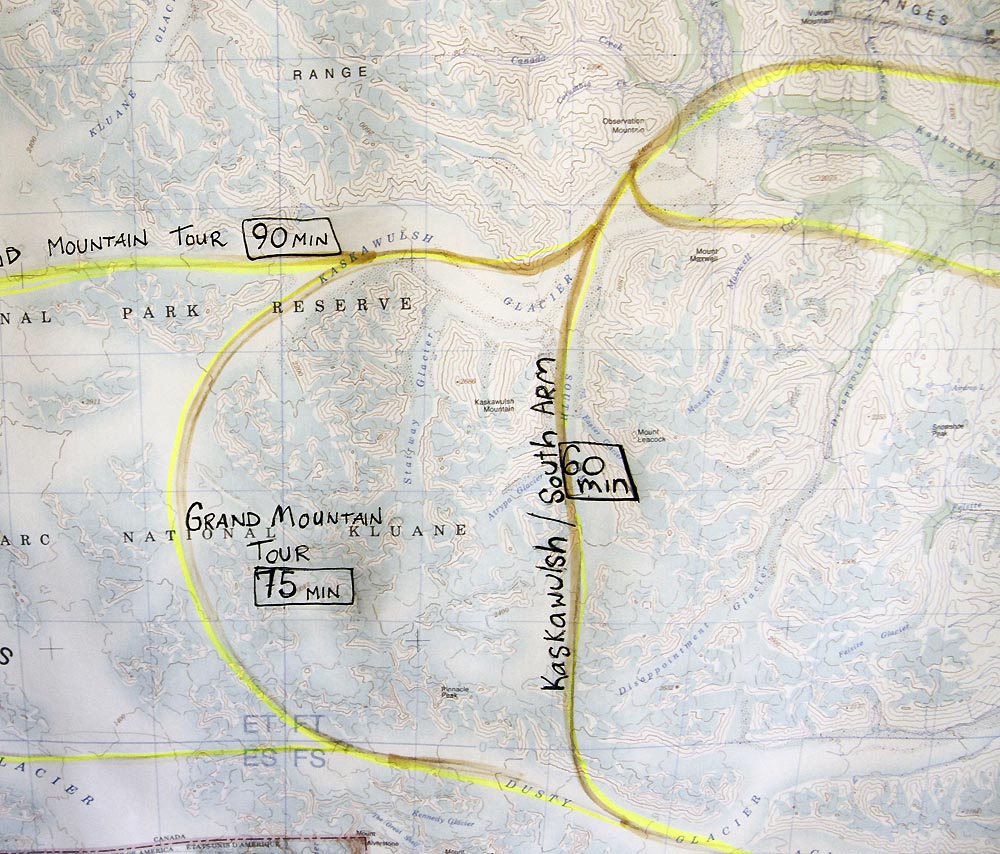 We flew the 75min Tour. Mt. Logan was clouded in. 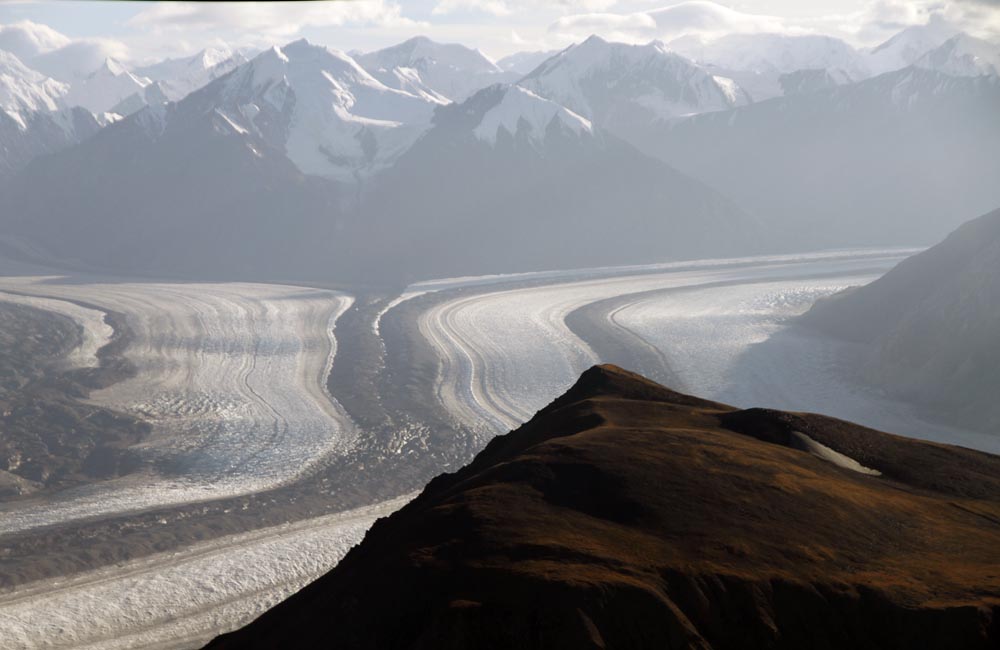 Kaskawulsh Glacier from Observation Peak – about 5kms wide at this point. The entire icefield is half the size of Switzerland

We got up early so we could spend some time at Haines, AK and enjoy the drive from Haines Junction. Bonus is spectacular sunrises. 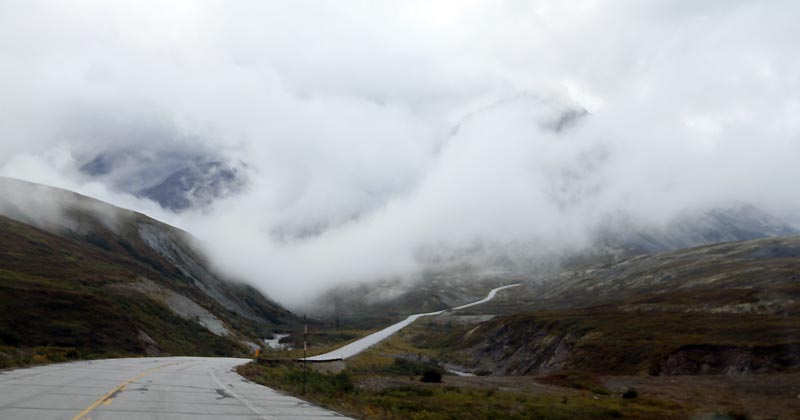 Chilcoot river. Not much Salmon running today, but we did see a Sow and Cub Grizzly! from across the river. 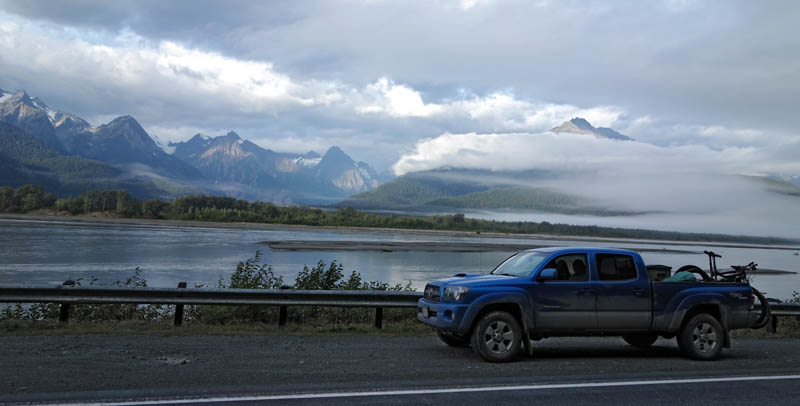 Chilkat River on the way to Haines Alaska. In November you can see up to 4000 eagles along the banks of this river. 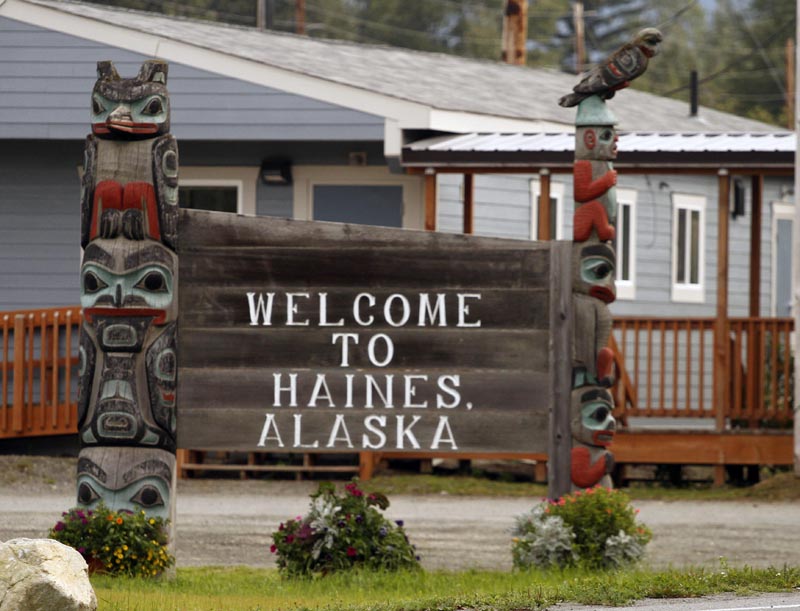 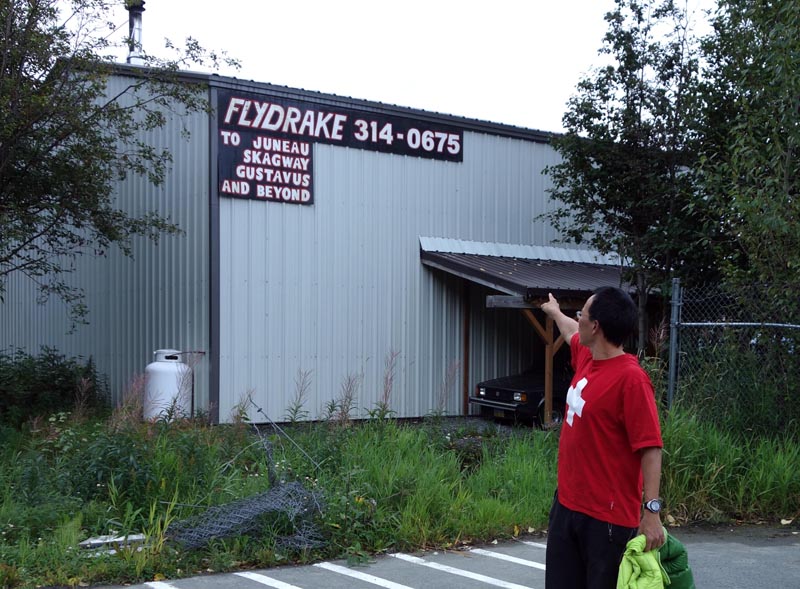 Welcome to FlyDrake, Tyler, Gav and others used him for his Ski trip last March and April 2012. 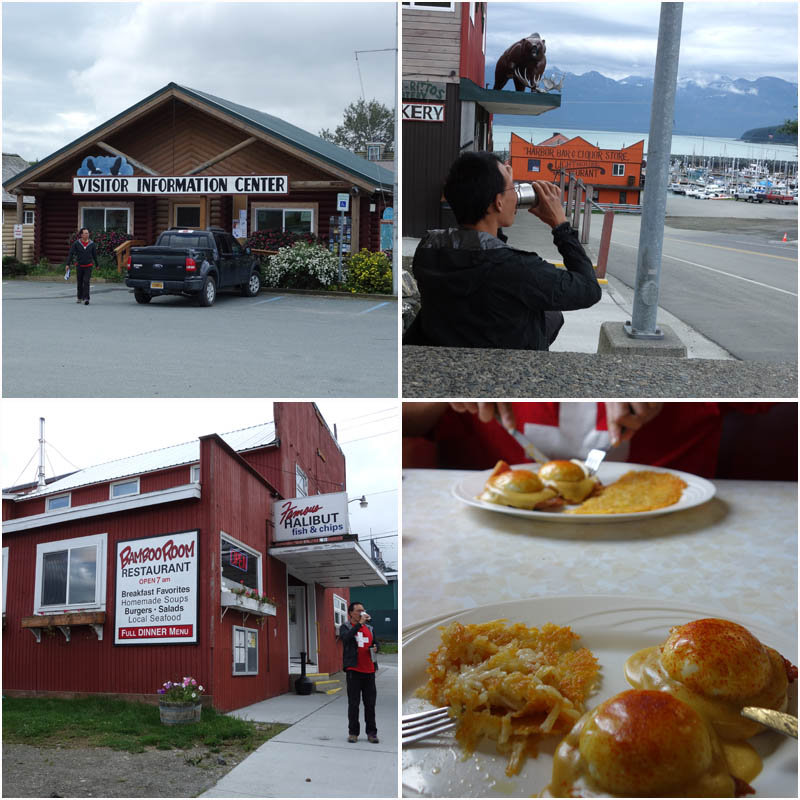 We went to the visitors center, ate breakfast at the Bamboo Restaurant which used to be a brothel. 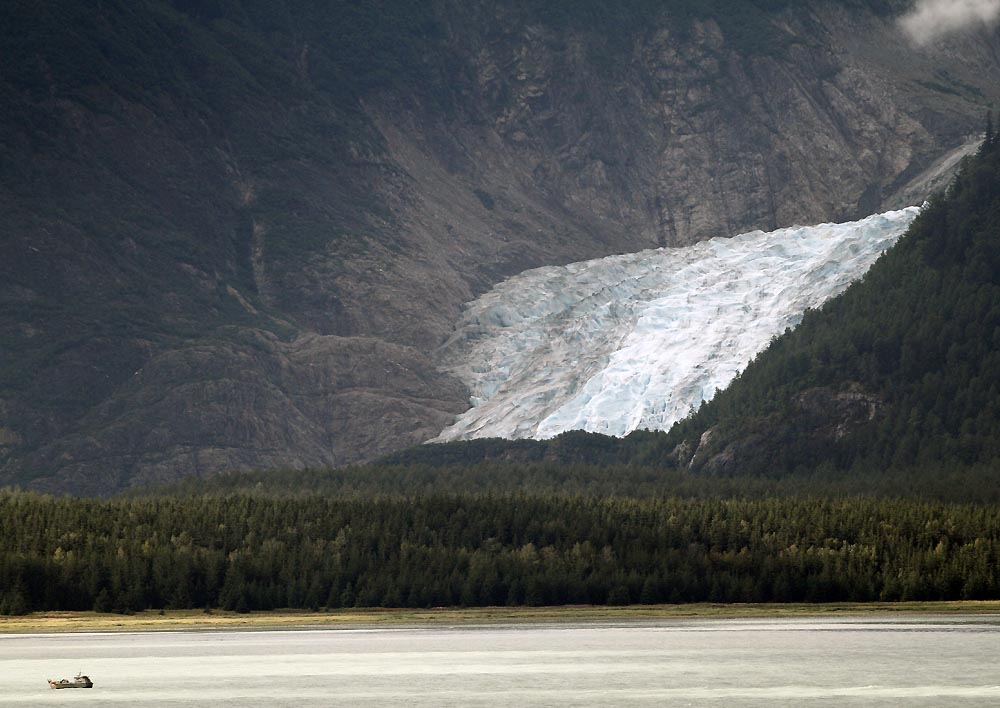 Davidson Glacier drops right down to the ocean, view from Chilkat State Park. 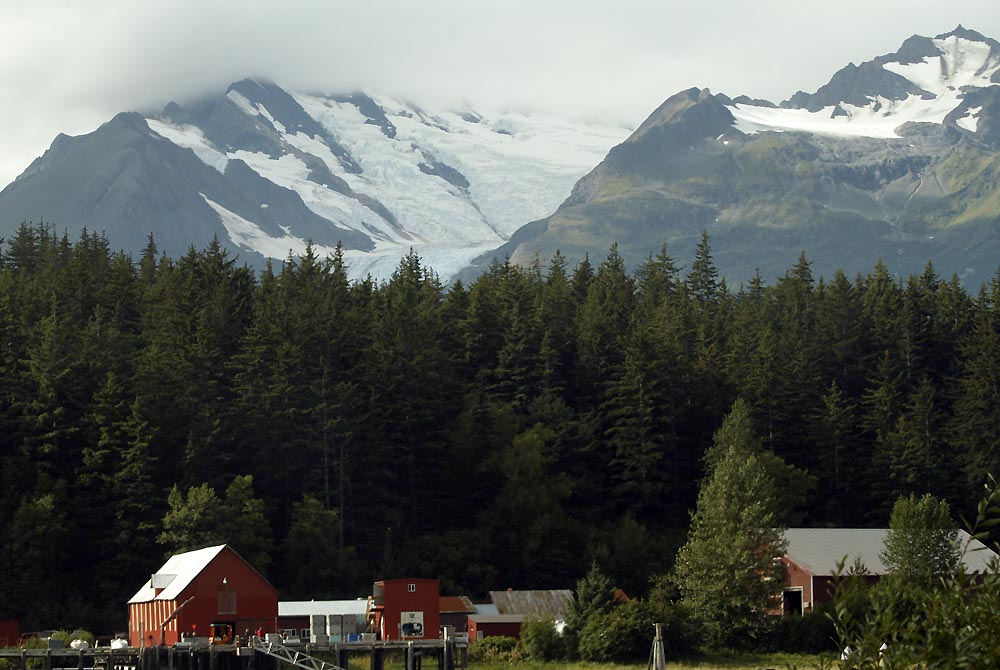 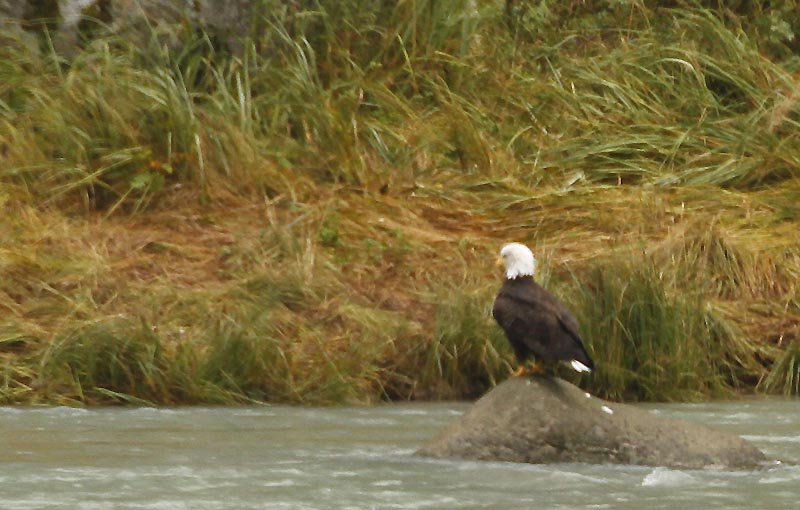 After breakfast we drove to Chilkoot Lake to see if we could see some wildlife, not this time, then up to Chilkat State park, but nothing there either… so back to Chilkoot lake where we finally saw a Grizzly! 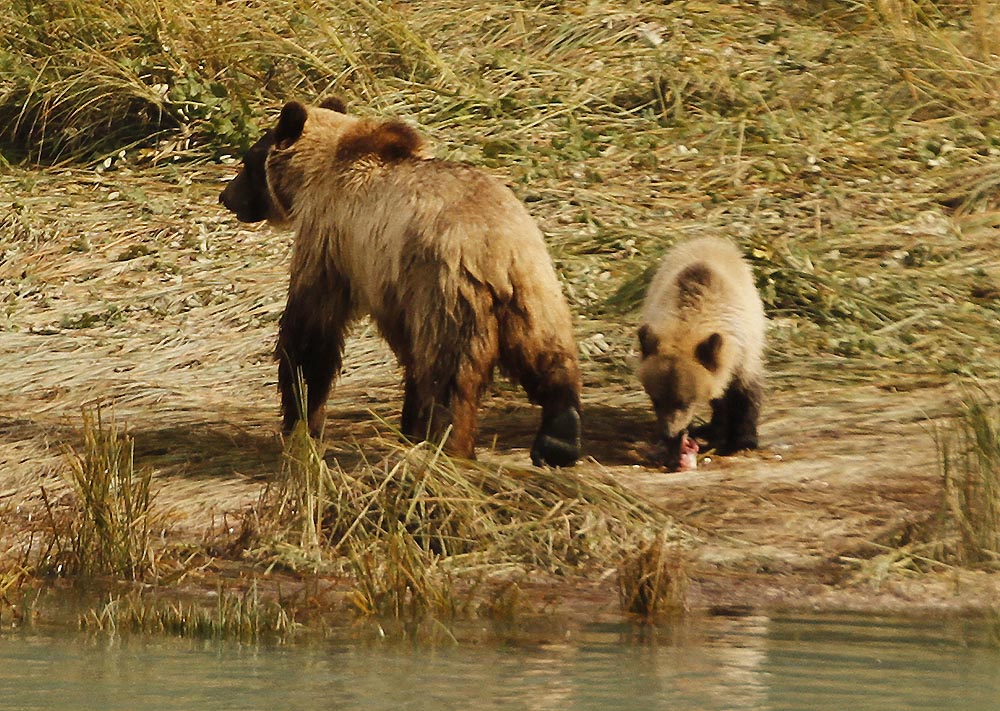 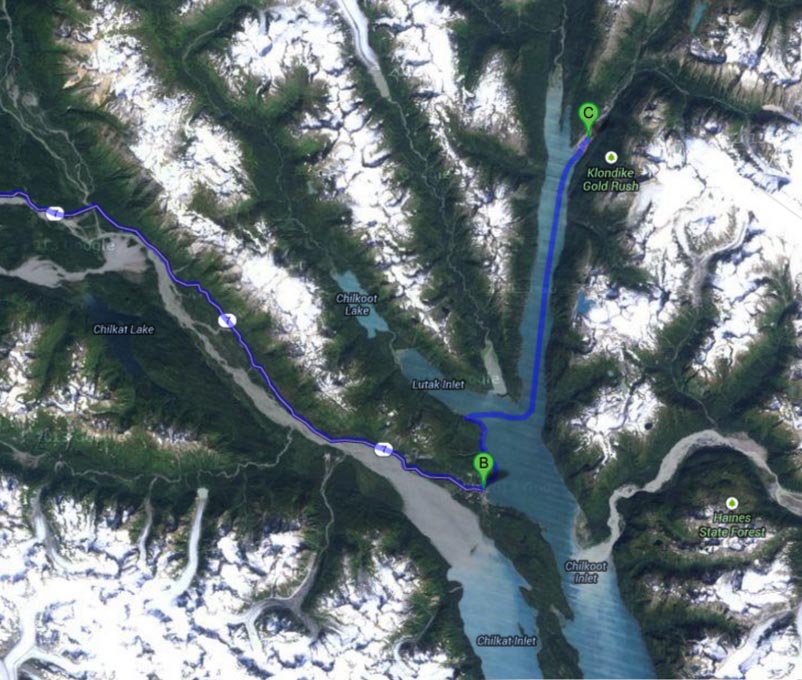 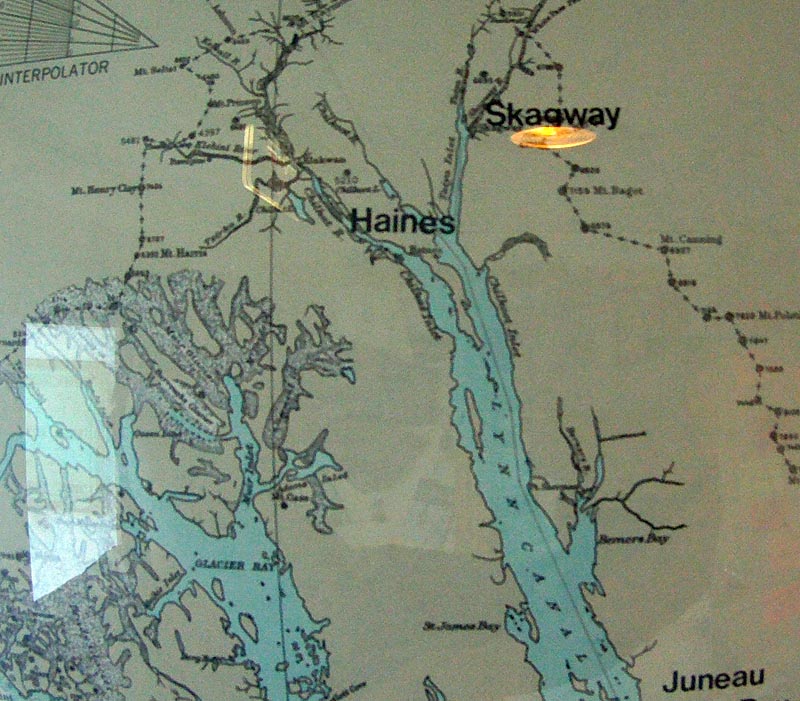 Hmmm wonder if they could build a road between Haines and Skagway… Until then we take the Ferry. 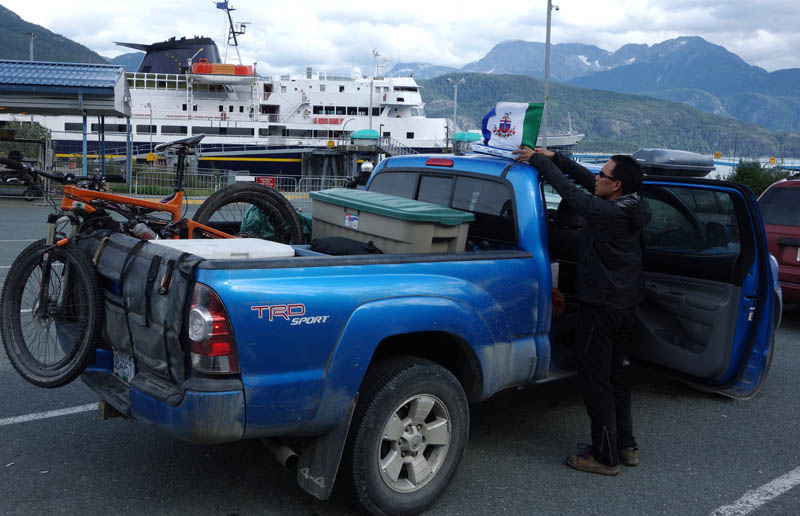 Waiting for the Taku Alaska Ferry in Haines. Very BC Ferries like! 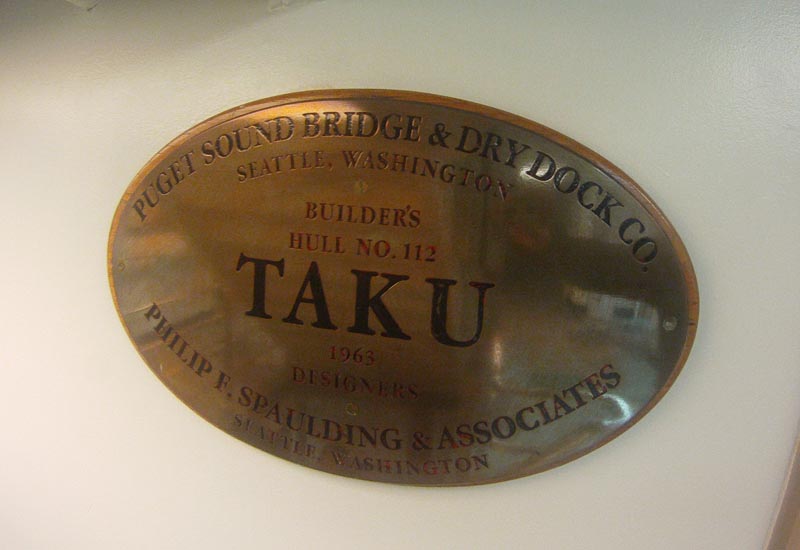 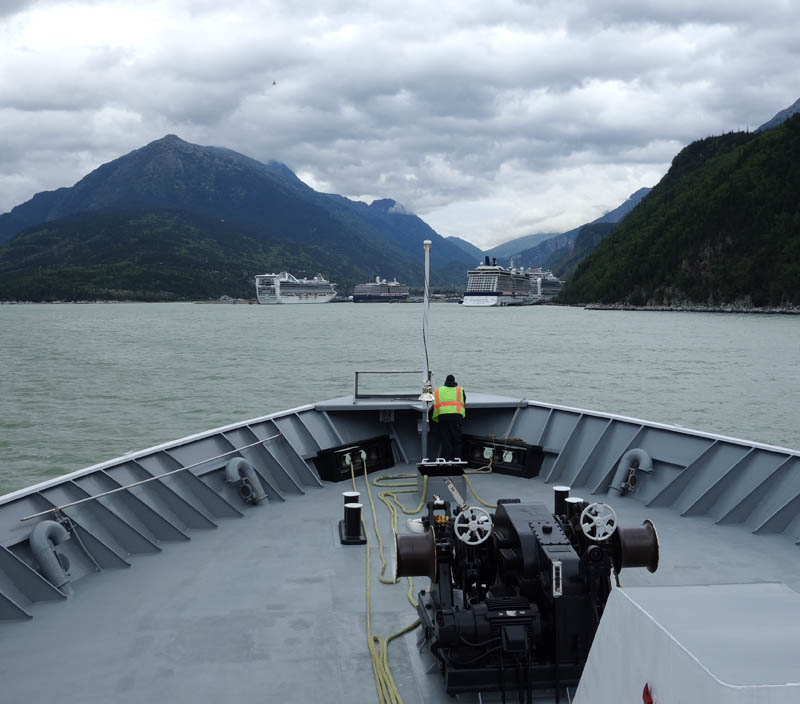 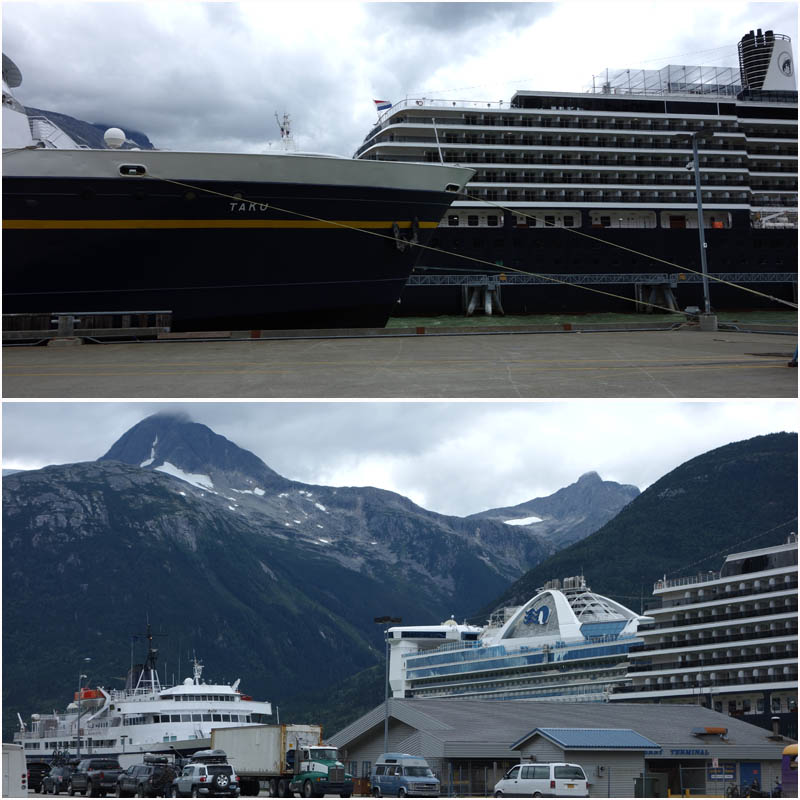 We get back to Whitehorse in time for a ride and spend the next two days riding in Carcross.

This entry was posted in 2013, bike, yukon road trip and tagged BC Ferries, kluane, kluane2013, Northern BC, Toyota, yukon, yukon2013. Bookmark the permalink.