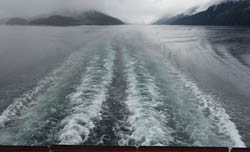 Overview:
Our 10,000km journey started with a desire to drive the Dempster Highway in the Yukon. We’d hiked the Tombstones so had a taste of the beauty of the Yukon vastness. What better way to feel that depth then with the freedom you have driving your own vehicle. We had bought a reliable truck, our Toyota Tacoma just for such journeys.

Since we were going the distance we decided to make this a road trip to remember by getting a taste of what BC and the Yukon has to offer. The first stage is the drive up Vancouver Island to hop on a BC Ferry to experience the Inside Passage. No better way to see our coast line then on a 15 hour cruise along it. Once at Prince Rupert we headed North on the Stewart Cassiar Highway which ends at the Alaska Highway. The Stewart Cassiar was built in the 1960’s to open mining south of the Alaska Highway in BC. We then continued to Whitehorse where we overnighted.

The second stage continued once we were at Whitehorse. We headed north to the Dempster Highway, which was built in the 1958 to facilitate oil and gas exploration and to provide access to the 1st Nations community in Inuvik and in the winter, via ice highway to Tuktoyaktuk on the Beaufort Sea/Artic Ocean. We took our time exploring the Dempster by bike and by foot.

Our third stage took us on the Top of the World Highway which links Dawson City back to the Alaska Highway near Tok, Alaska. It is only open in the summer. From Tok we continued along the 1500 Mile Alaska Highway which was was built in 1942 by the Americans to open the North following Japan’s attack on Pearl Harbour. We turned off the Alaska Highway to Haines Junction, which is not just a stop but also a gateway to Kluane National Park. Haines Junction is also one leg of the Yukon’s Golden Circle Tour taking you from from Whitehorse to Haines Junction (where we start ) to Haines Alaska, where you hop on an Alaska Ferry to Skagway, then drive White Pass to Carcross and back to Whitehorse. We then stayed at Whitehorse for a few days where we did some mountain biking in Whitehorse and Carcross.

Our last stage was our drive home which took us along the Alaska Highway through the Northern BC Rockies, Liard Hotsprings, Fold Mountain and Stone Mountain Provincial park until we got to the flatlands of Fort Nelson. We detoured off the Alaska Highway, which ends in Dawson Creek, to visit the WAC Bennett Dam and the Peace River District. The final stretch was through Prince George and along Highway 1 back to Vancouver. 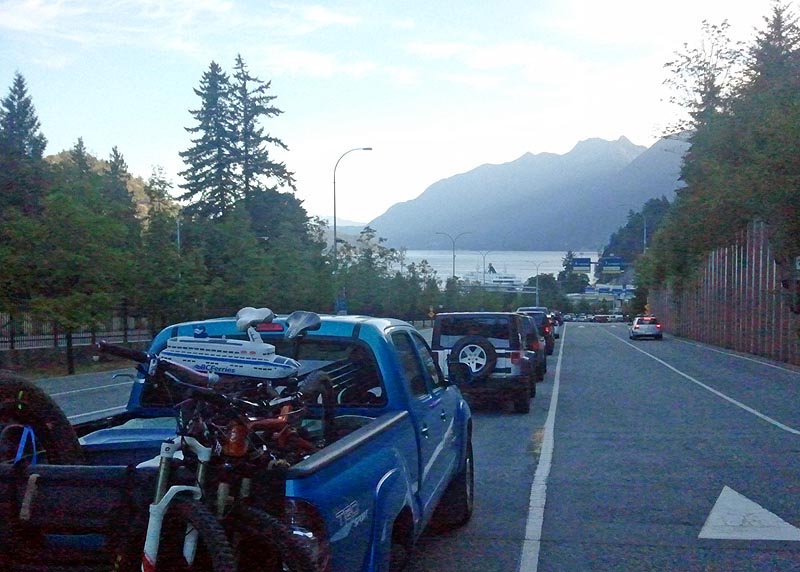 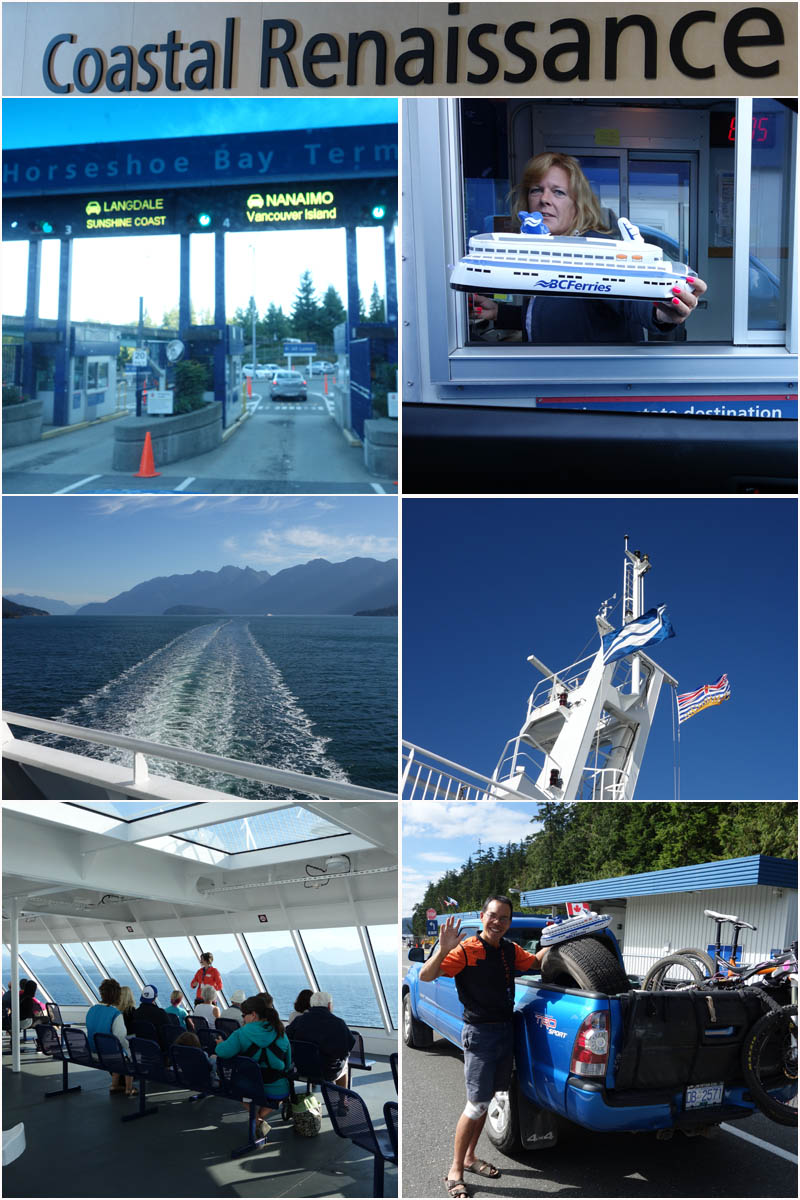 Always an impressive boat ride, something new they have on the boats are their Coastal Naturalists who talk about the marine life in the area.

We drive up the Island, stopping in Courtenay for lunch and arrive in Port Hardy by late afternoon. We stayed at the Quarterdeck Inn which is one of the hotels close to the Ferry terminal. 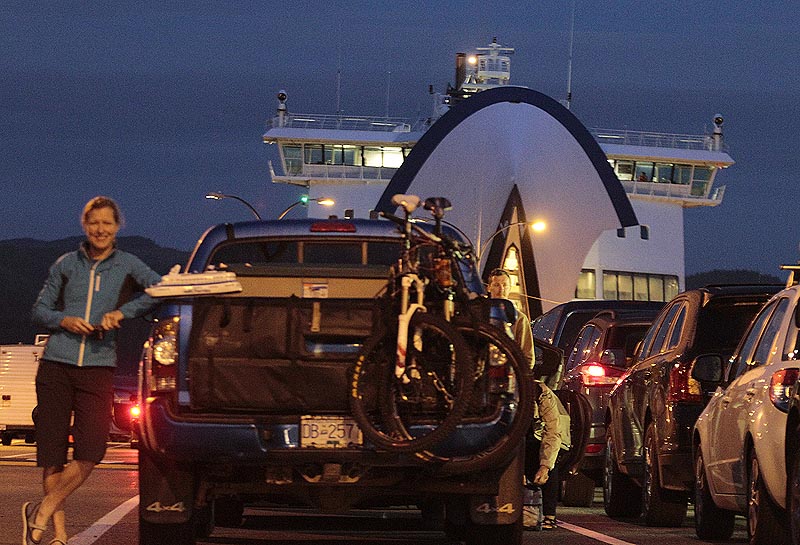 We are up early to catch the Northern Expedition. This is one of two boats that travels the Inside Passage route. 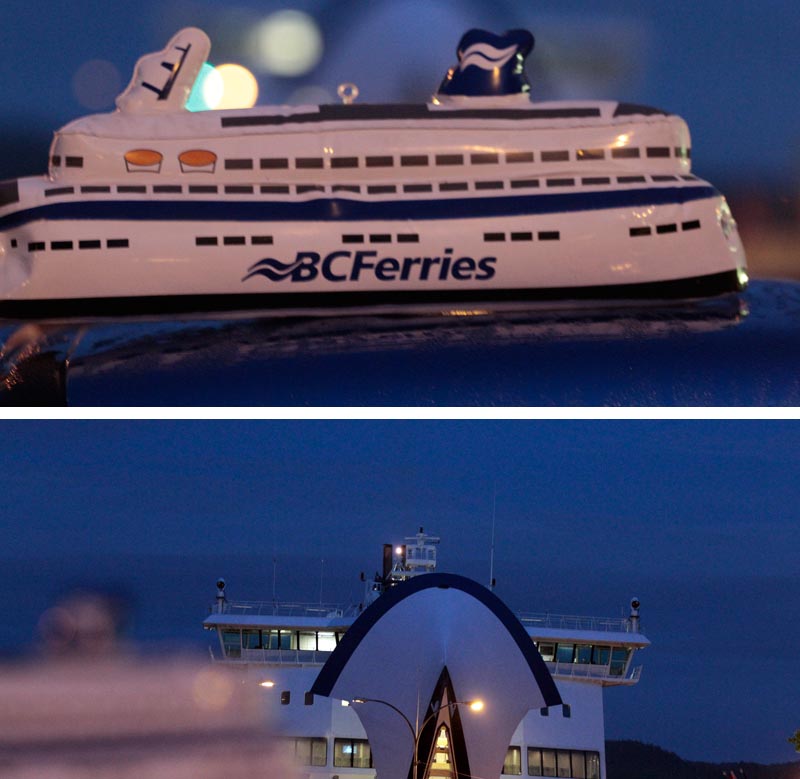 Our little BC Ferries was enjoying the ride 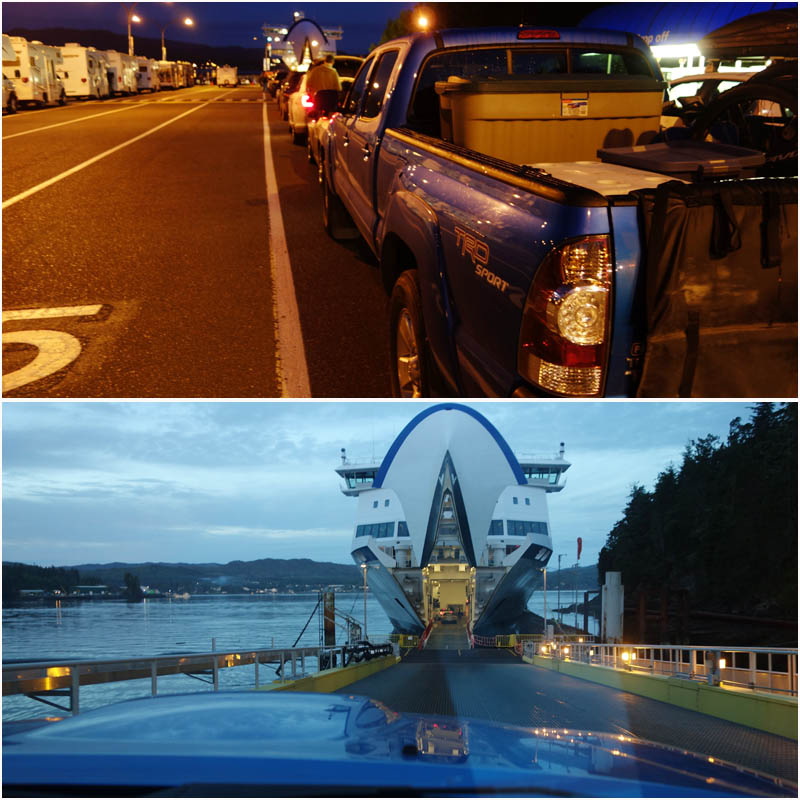 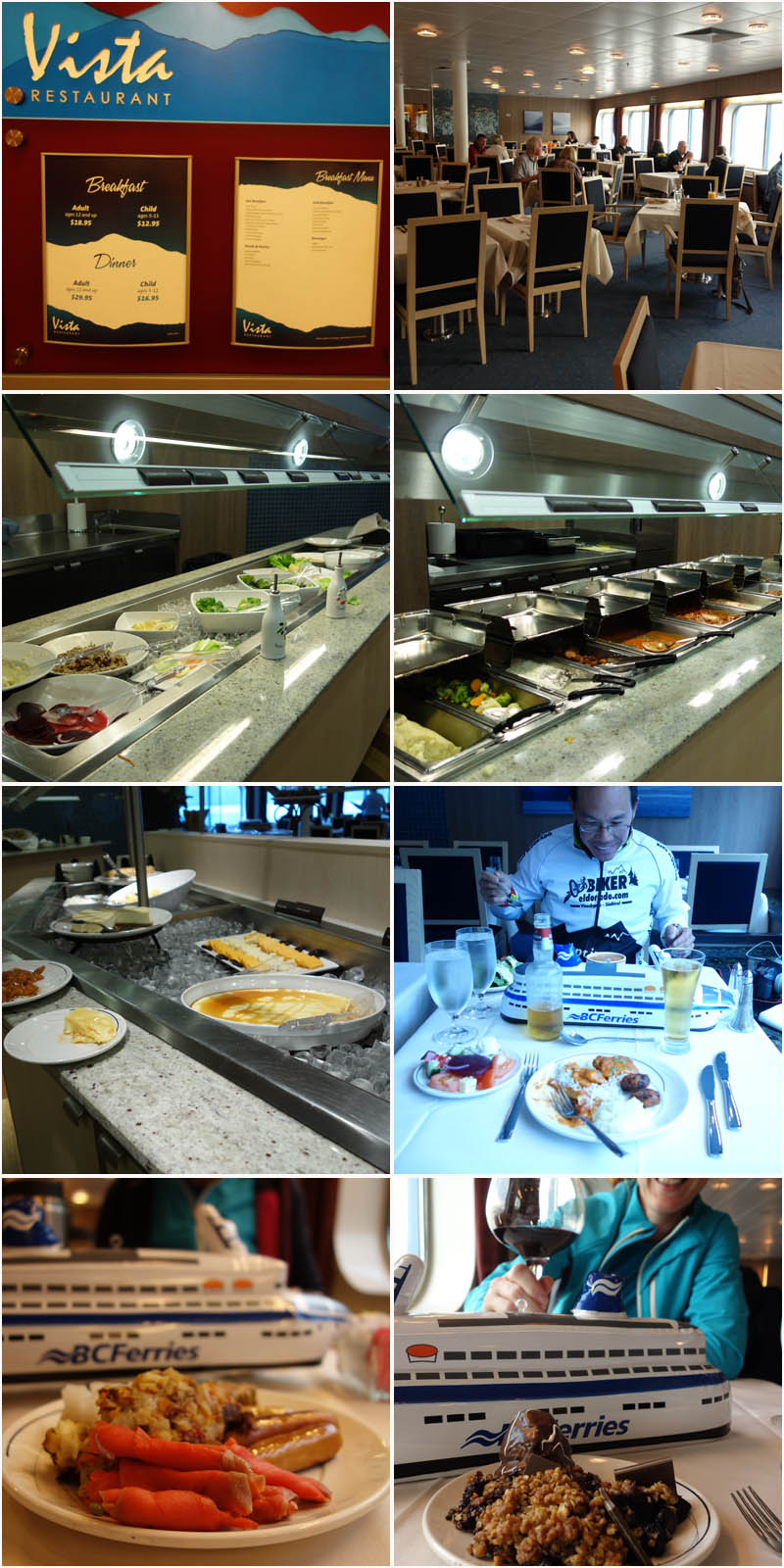 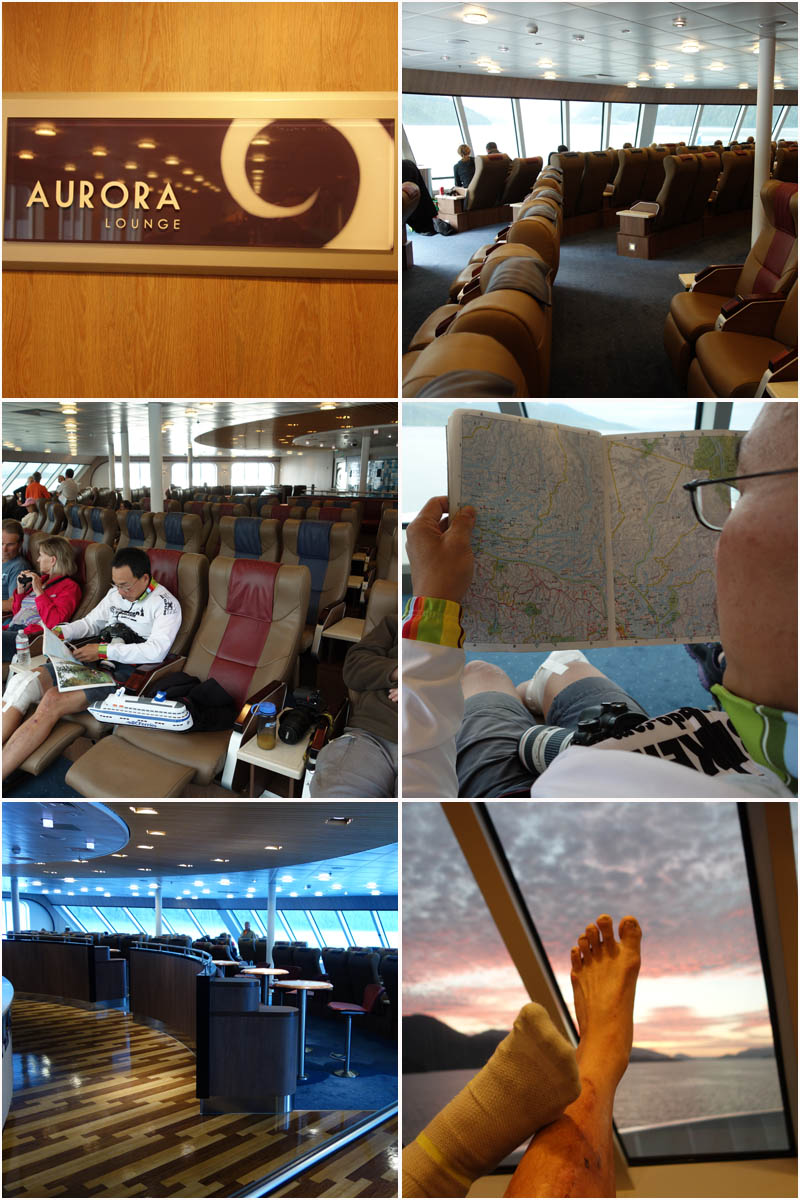 We also booked a reserved seat in the Aurora Lounge. This was the only view out the front of the ship. All other seating and viewpoints pointed out the back or sides. It was nice to have the reclining seats where you could leave your stuff for the duration of the trip and not worry about it. There was no Internet on the Ferry so most of our time was spent walking around, reading, napping and eating. 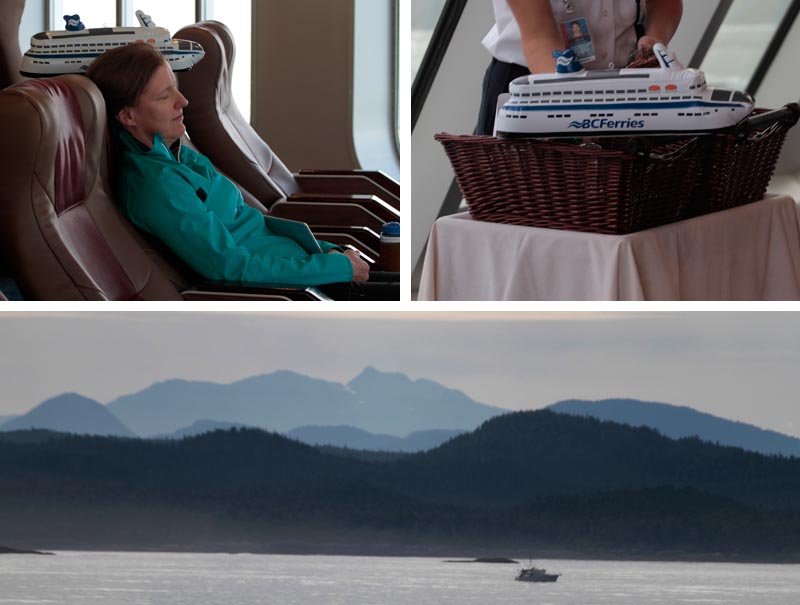 Snacks and lounging in the Aurora Lounge. Views weren’t bad either. 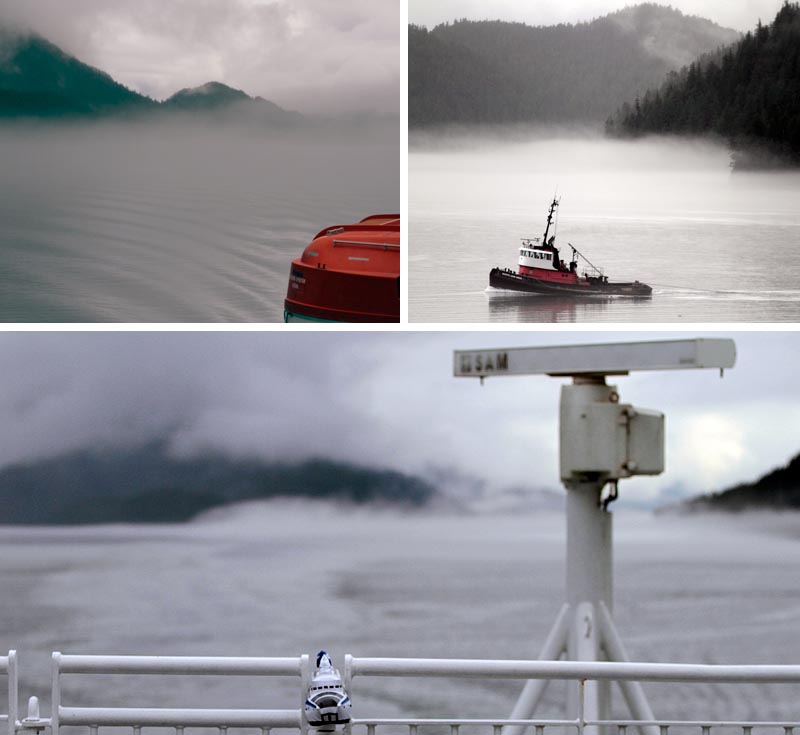 The weather was moody on our Voyage, more sunny then overcast so we had some pretty stellar views of the happenings that happen on the ocean. Graham Reach 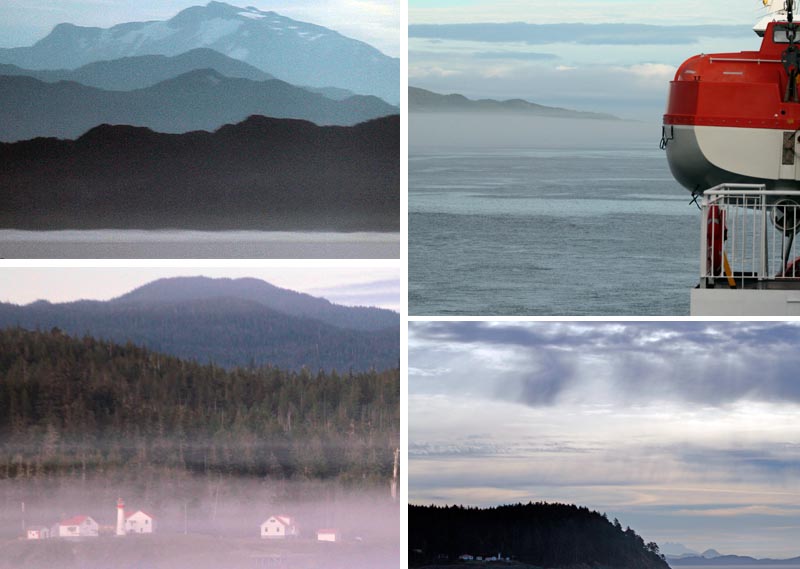 Goletas and Gordon Channel from the ferry. Low lying fog. Songhees lighthouse from the fog 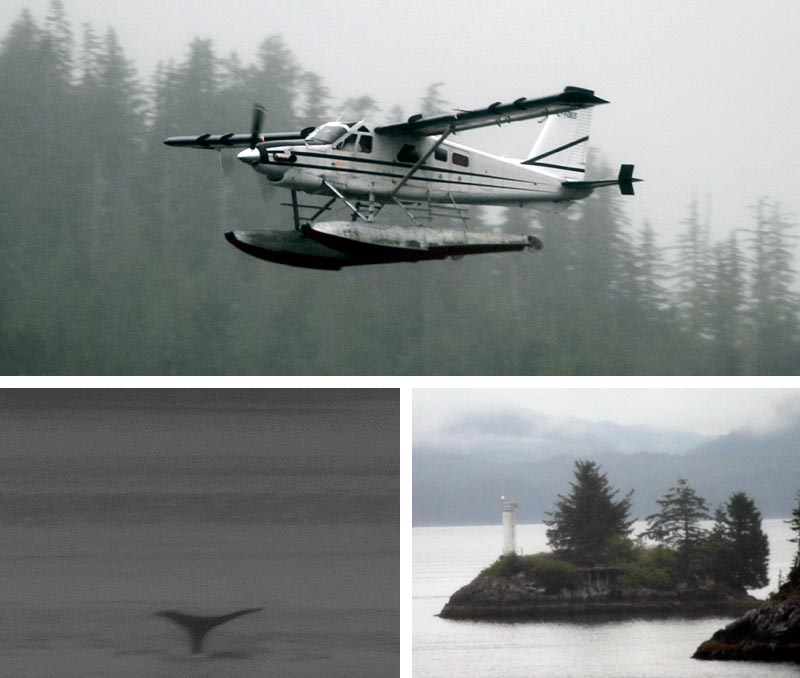 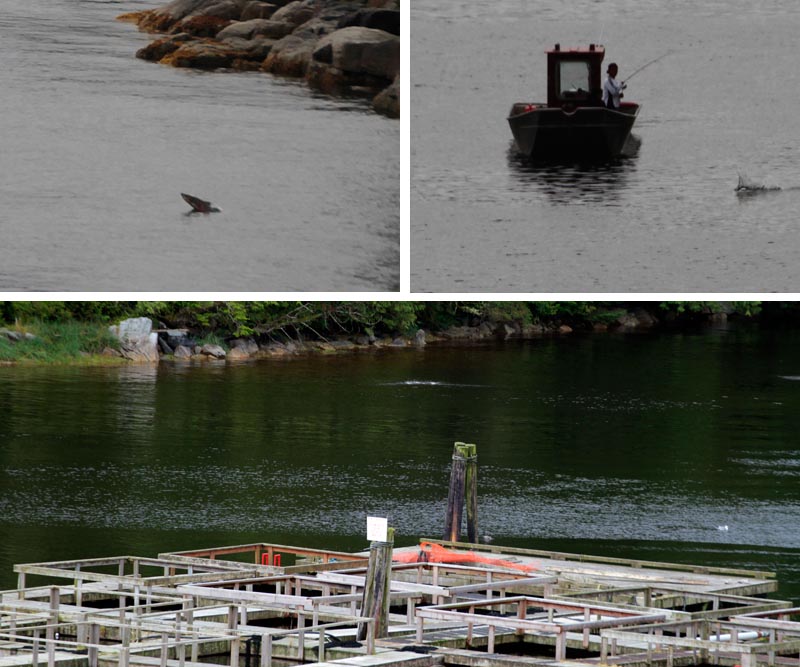 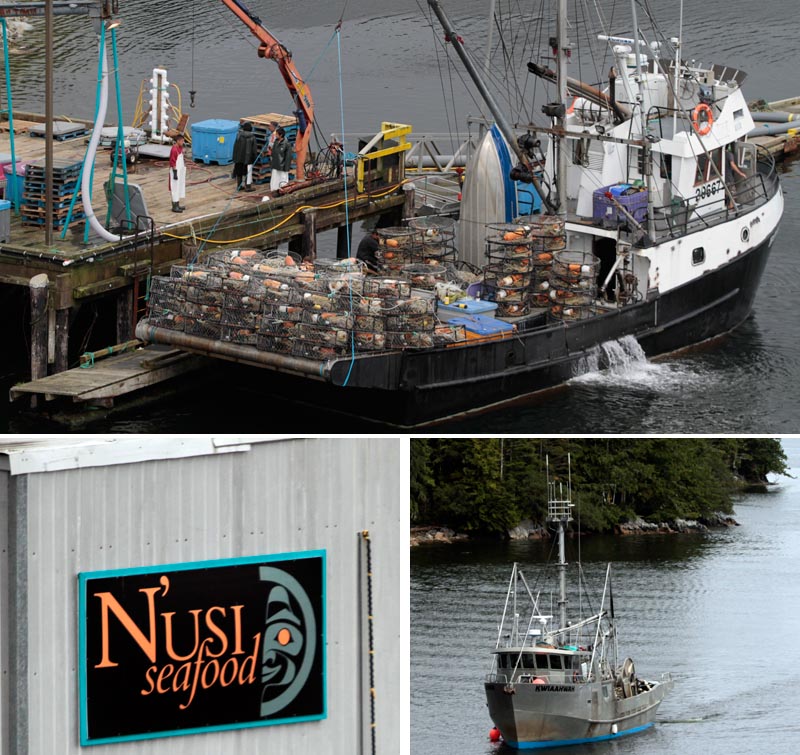 This Ferry trip took us into Bella Bella. It was pretty cool to see this small coastal town. Local industry 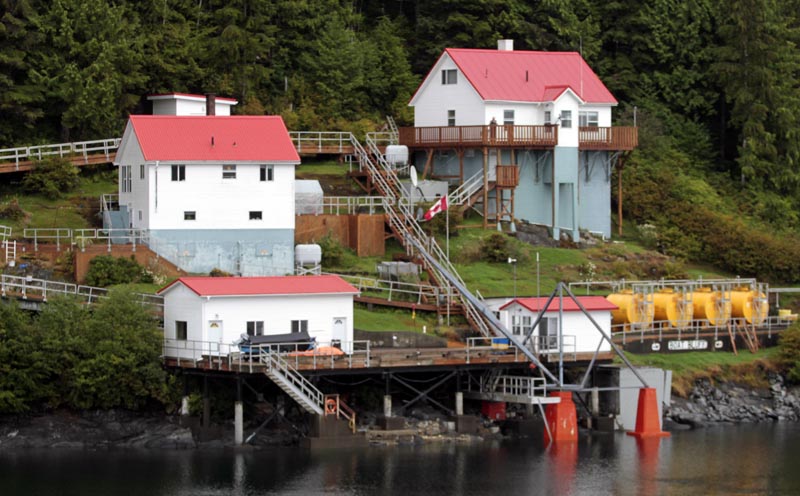 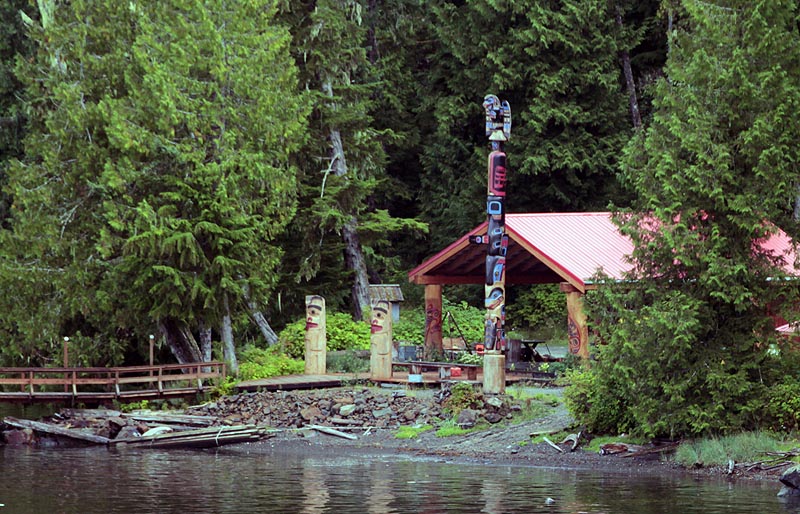 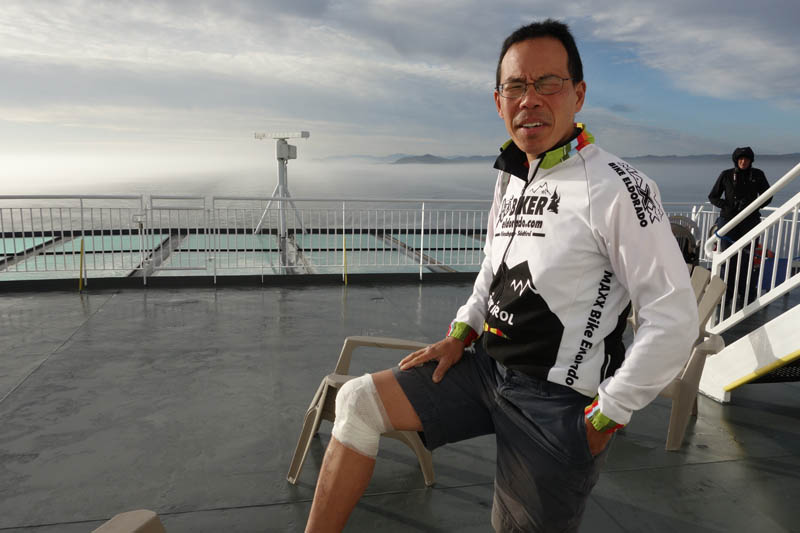 Lee was still nursing his sore knee so the boat trip was also a good way for him to relax! 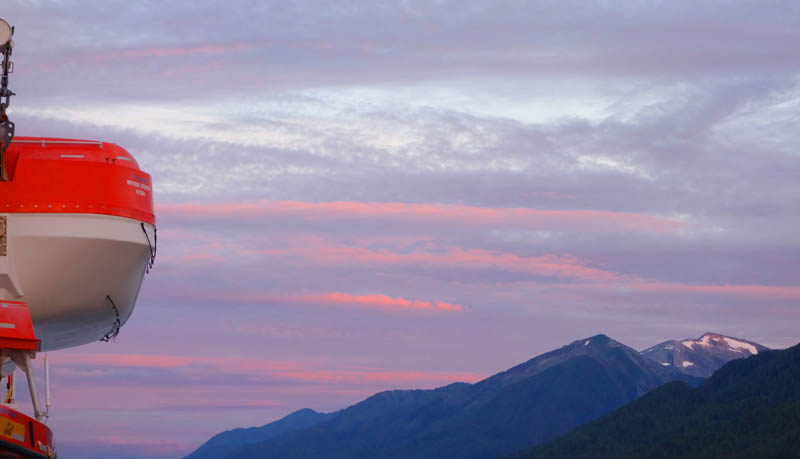 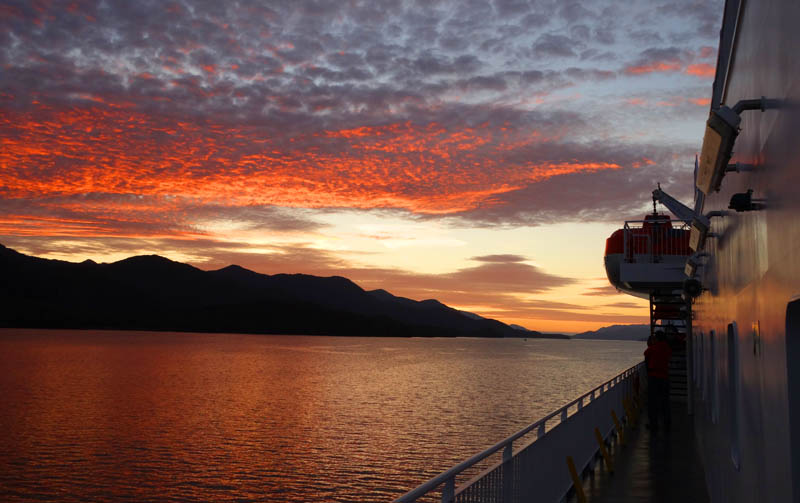 The sunset light show started as we entered Grenville Channel 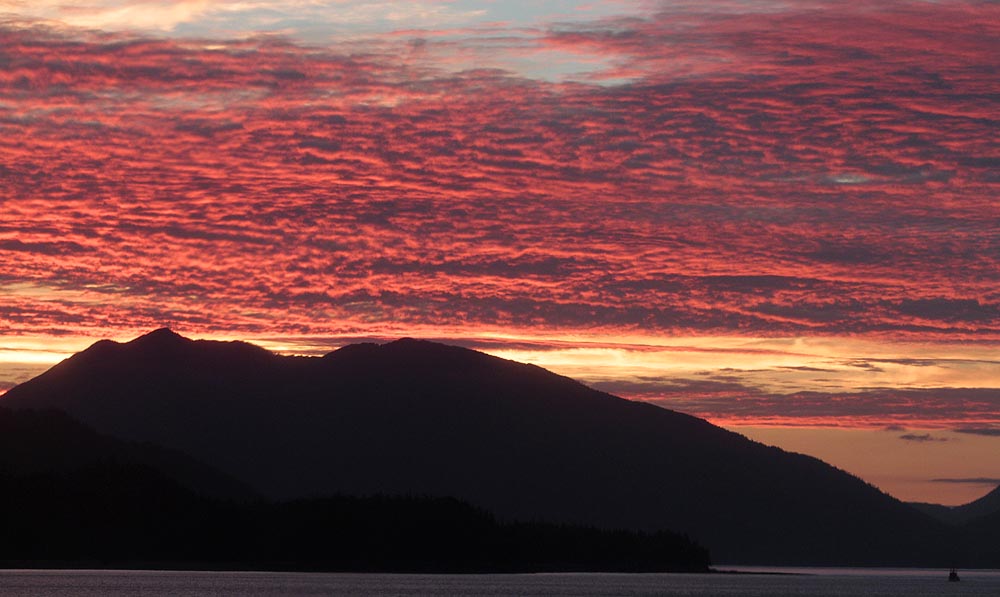 More information can be found on the Inside Passage Trip HERE.

View North BC Yukon Road Trip in a larger map

This entry was posted in 2013, bike, yukon road trip and tagged BC Ferries, Carcross, inside passage, insidepassagestewartcassiar, Northern BC, yukon, yukon2013. Bookmark the permalink.