We arrived in Prince Rupert late in the evening and went to the Eagle Bluff B&B. We awoke to a typical Prince Rupert day of drizzle and fog. We had a very good breakfast at the B&B and headed North up the Stewart Cassiar Highway to the start of the Dempster.

The Stewart Cassiar or Highway 37 starts at Kitwanga/Hwy 16 and ends 725km later at the Alaska Highway. We took an alternate route off Hwy 16 via the Nisga’a Highway to visit the Nisga’a Memorial Lava Bed Park. This road parallels then joins the Stewart Cassiar just before the Meziadin Junction.

Gas is expensive along this route but you can buy it at Bell 2 Lodge, Iskut and Dease Lake, Good Hope Lake and the Junction with the Alaska Highway. 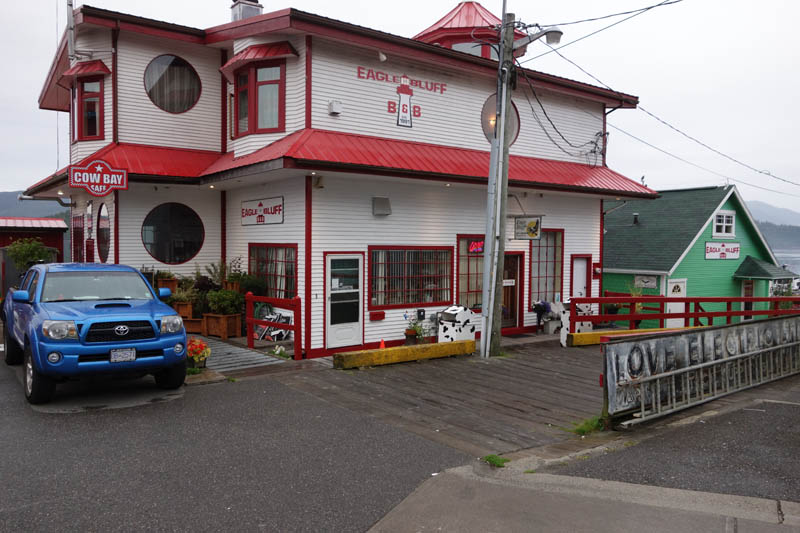 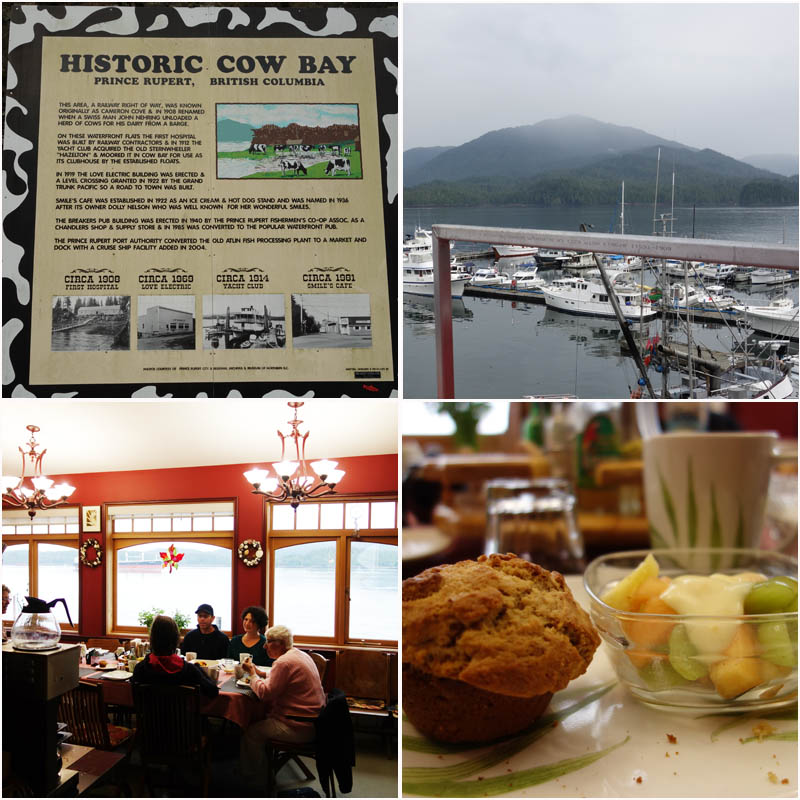 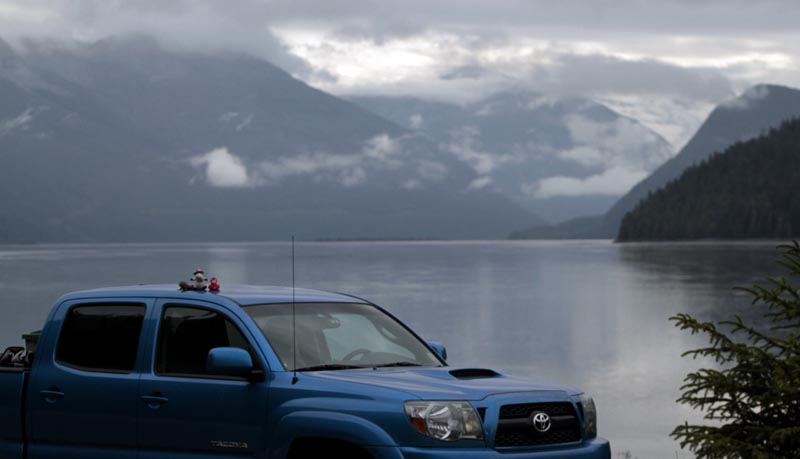 Toyota on the Skeena.

On our way to Shames are these Howitzer platforms that our friend the Master Blaster uses for avalanche control. Also on the highway is the legendary Shames Mountain, home to the Valley of Endless Boner terrain 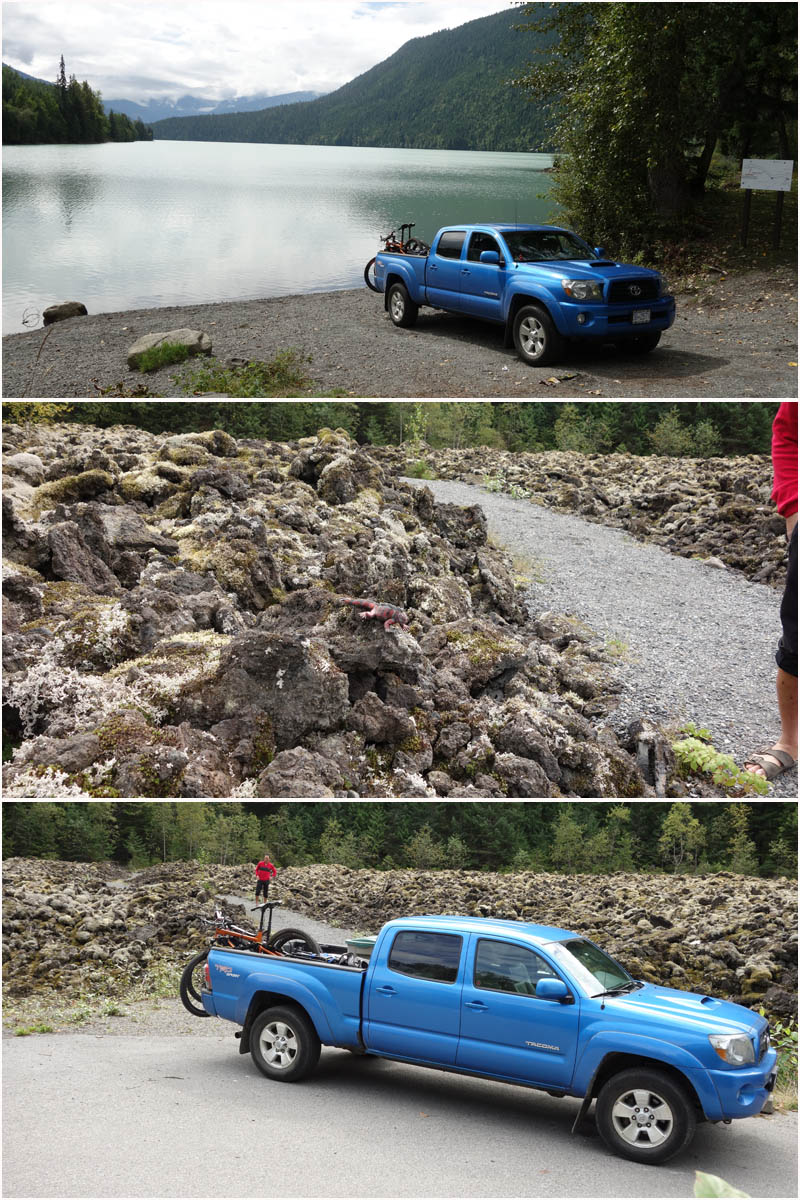 We headed up the Nisga’a highway towards New Aiyansh and the Lava Flow Memorial Provincial park. Lava Lake was dammed by the lava flow and formed some 300 years ago killing about 2000 people. 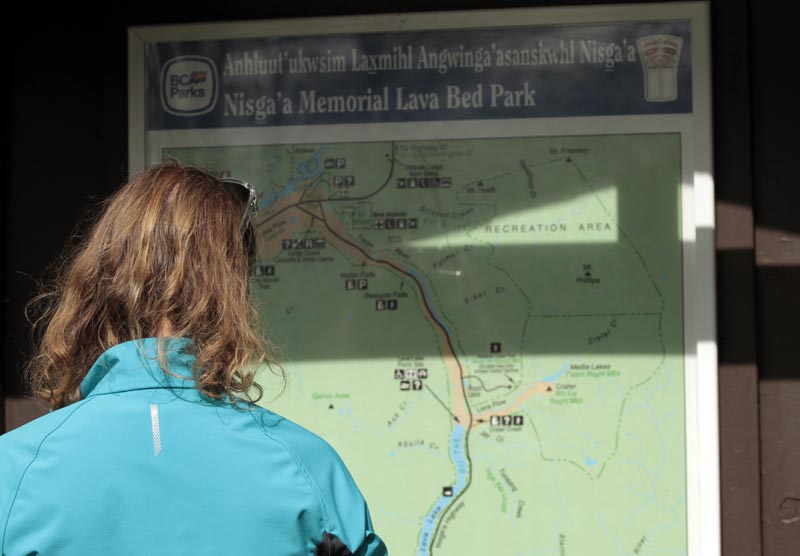 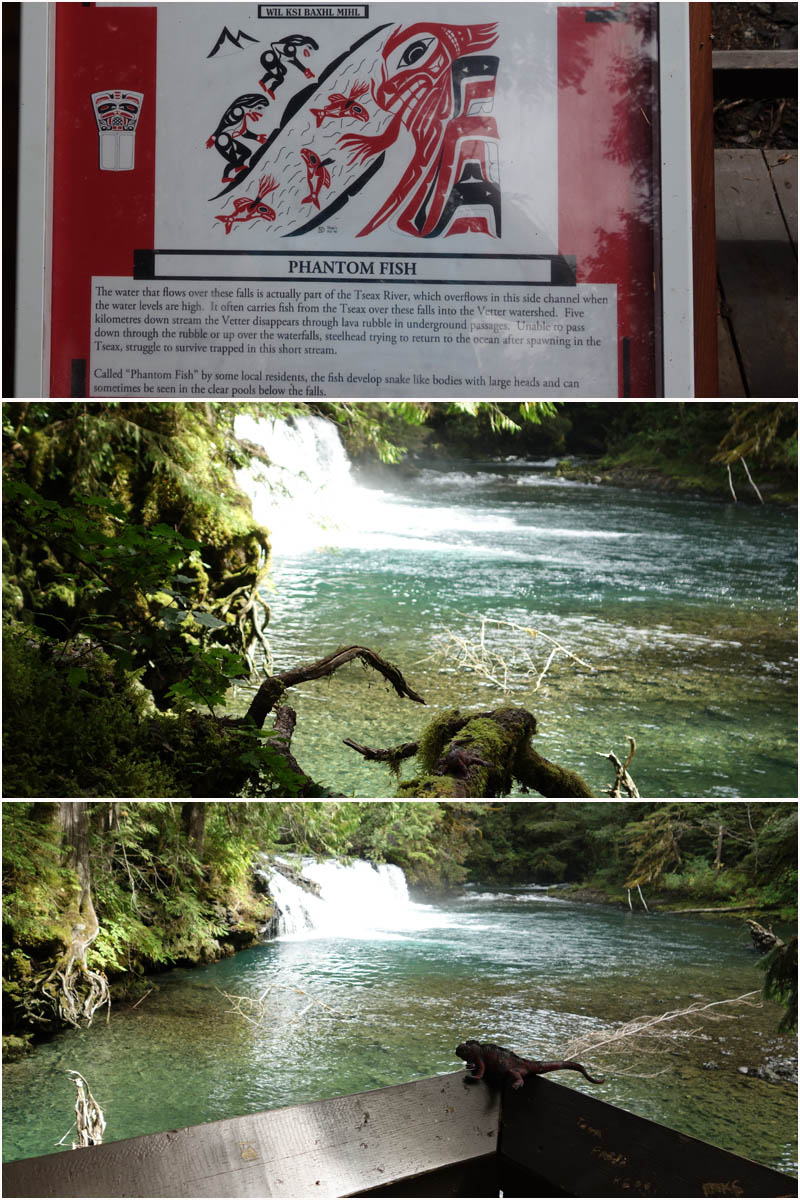 Vetter Falls, we brought our iguana! 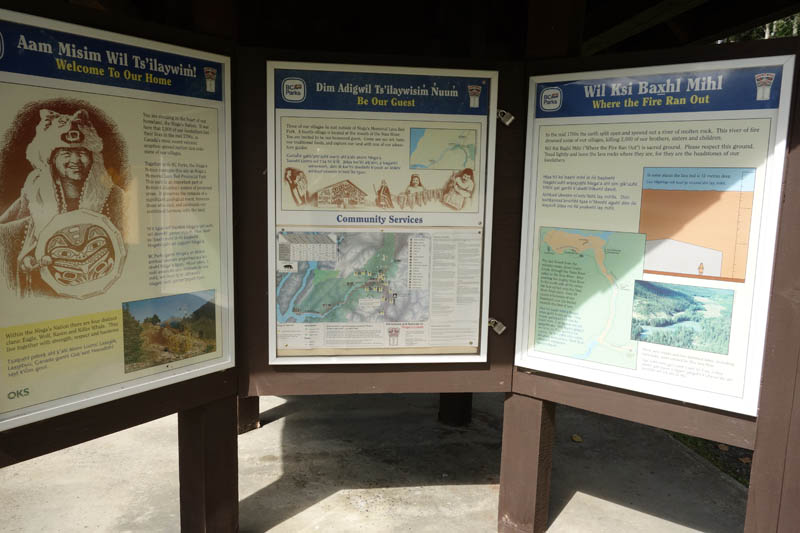 Nisga’a Memorial Lava Bed park. A volcano blew in the mid 1700`s and killed 2000 people. They had no idea it was coming. The lava field is there for all to see, you can hike up to the crater. 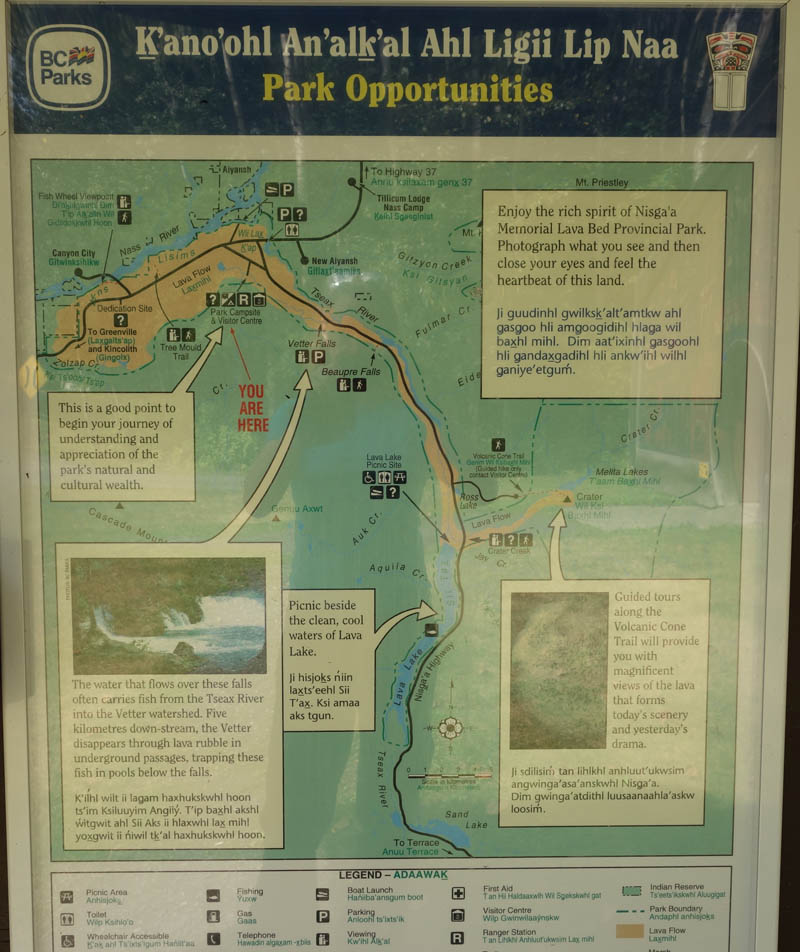 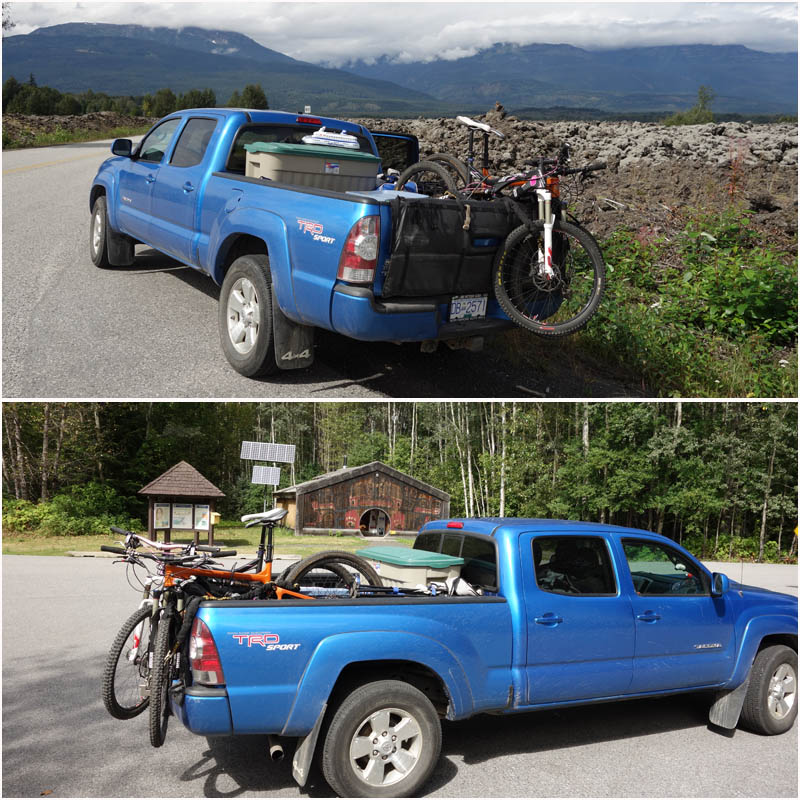 First glance of Mt Pattulo and the soaring gnar of Stewart 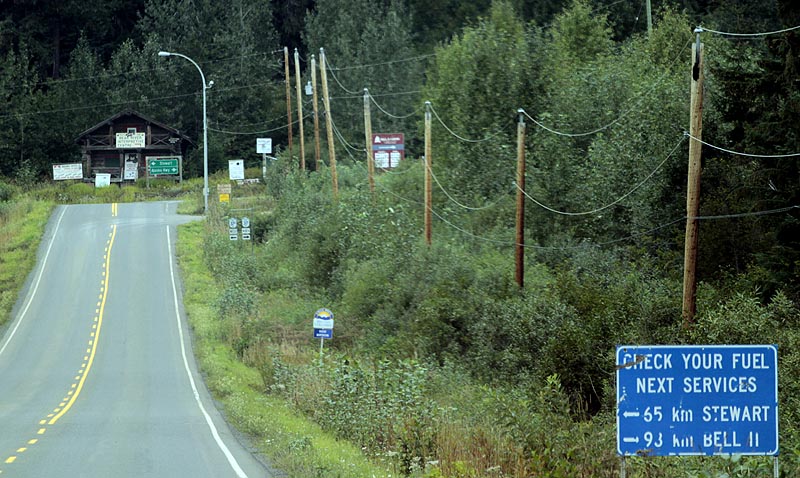 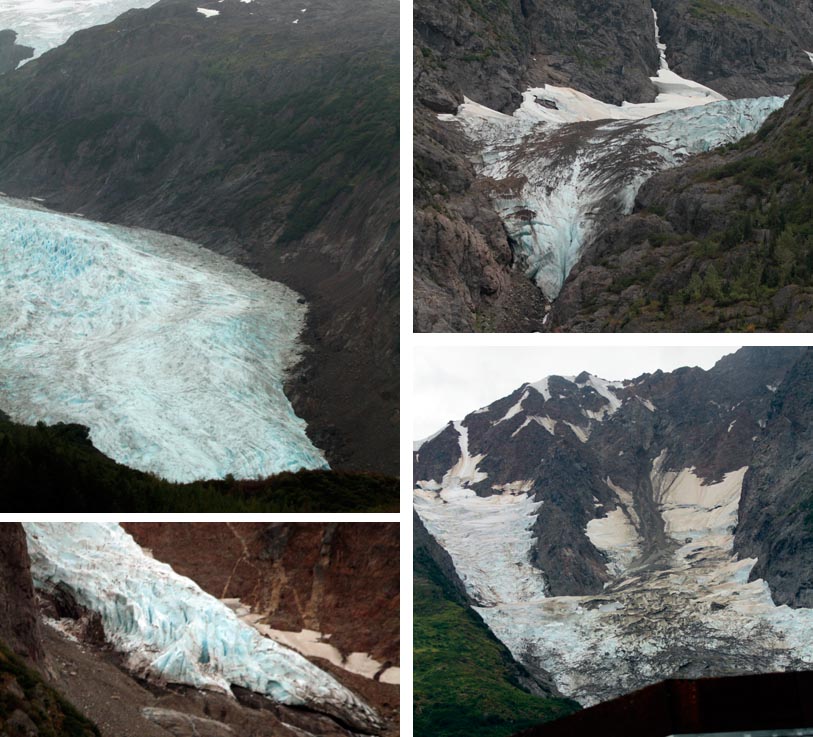 Left at the Meziadin Junction is the Bear Glacier/ Strohn aka Buttcrack glacier/Couloir Glacier/Entrance Glacier. 65km further along is the town of Stewart. 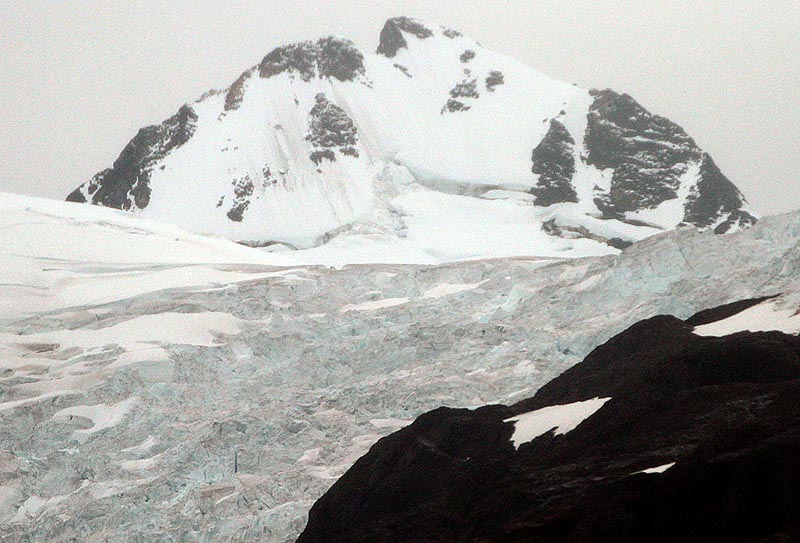 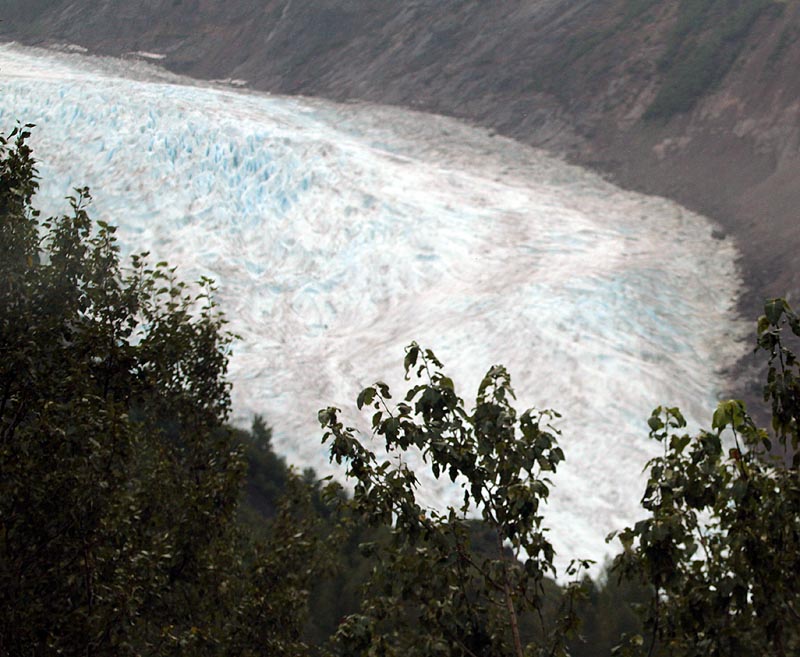 Bear Glacier or I can’t believe we toured up that 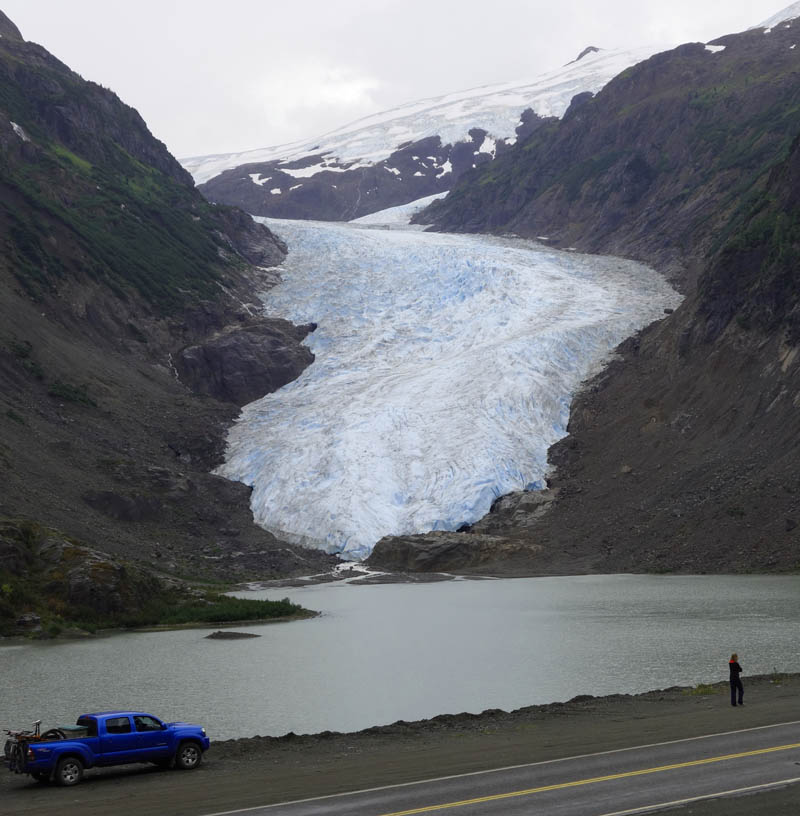 Toyota having a small moment on the Bear Glacier 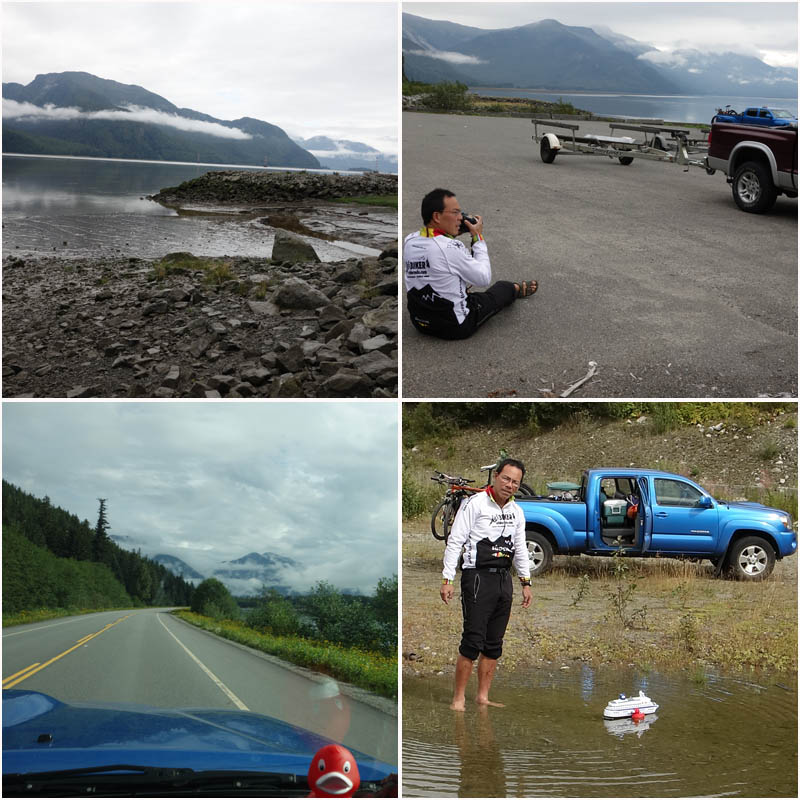 Driving back to Hwy 37 we continue on to Bell2 Lodge 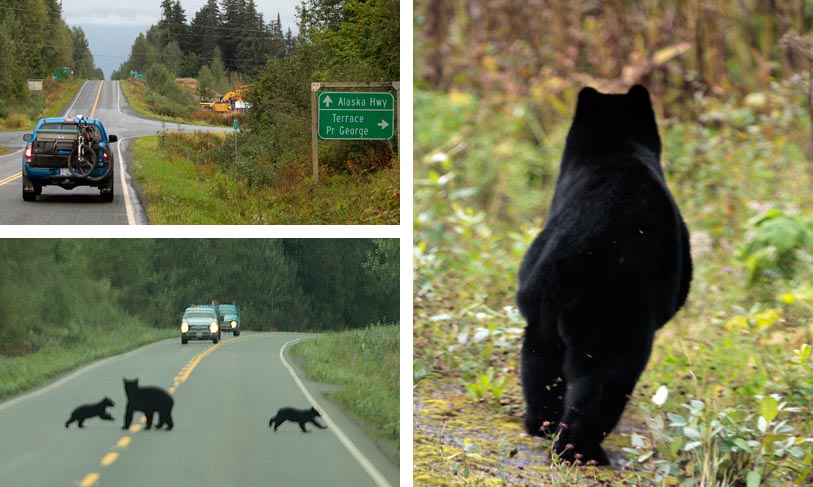 Off to Bell 2 on the Stewart – Cassiar. Highway 37 jaywalkers abound 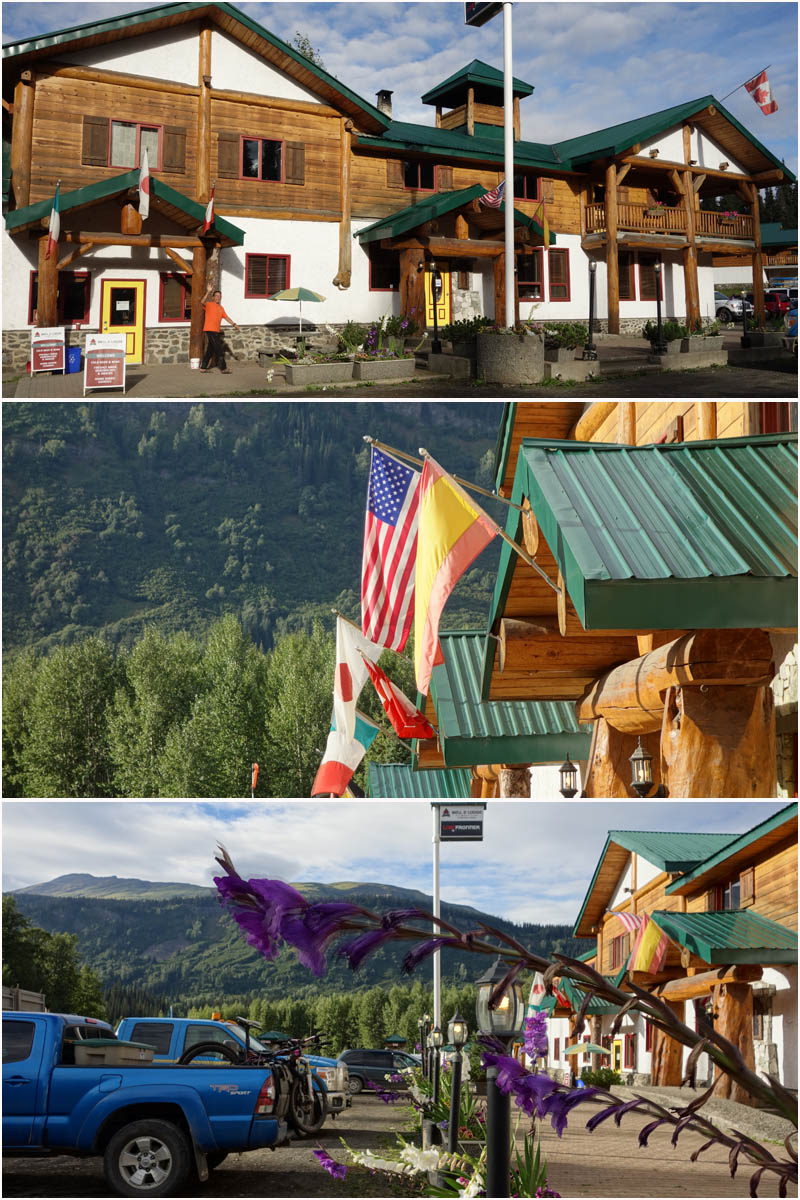 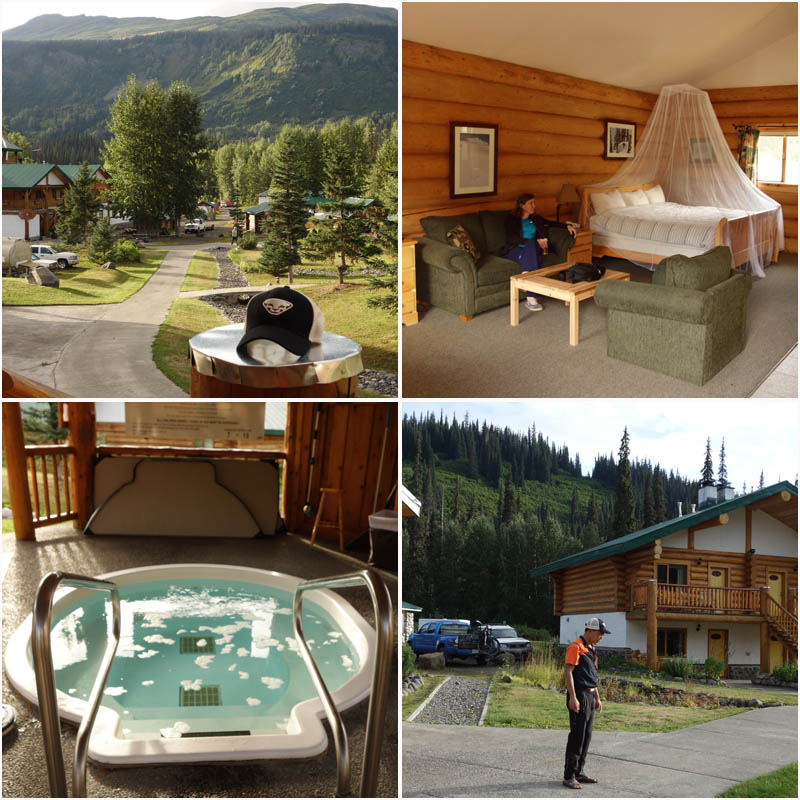 Our room, the hot tub. 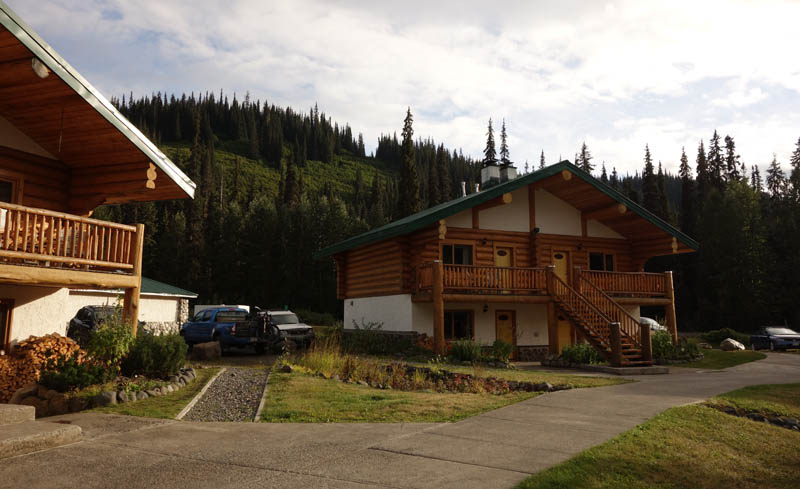 Bell 2 Lodge – luxury in the middle of nowhere with some kick ass ski terrain, our digs.

The next day we continue North along the vastness of the Stewart Cassiar past a couple of Provincial Parks that probably aren’t visited much. 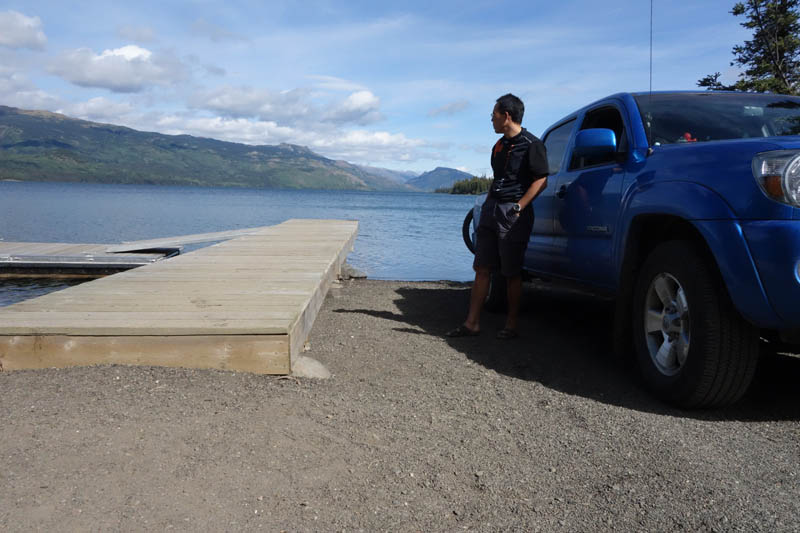 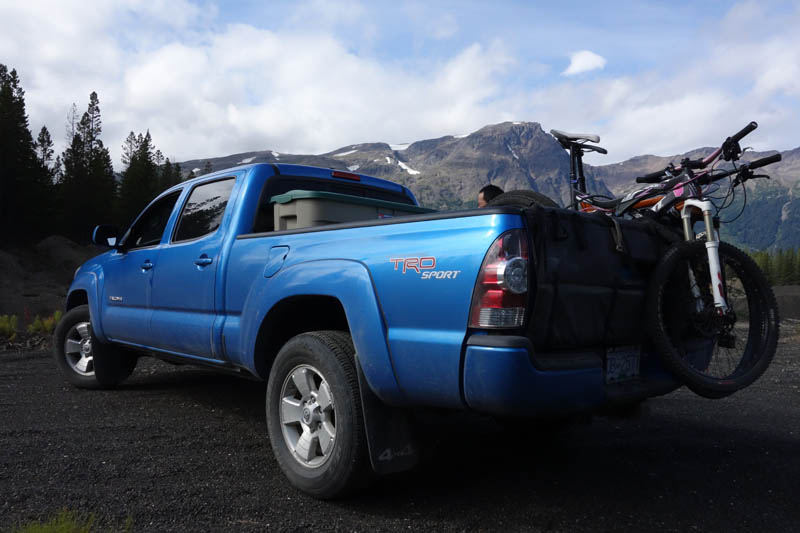 Toyota BC in front of Spectrum Range near Edziza Provincial Park – A high plateau of ancient volcanic cones, flows and plateaus reaching an elevation of 2787m. 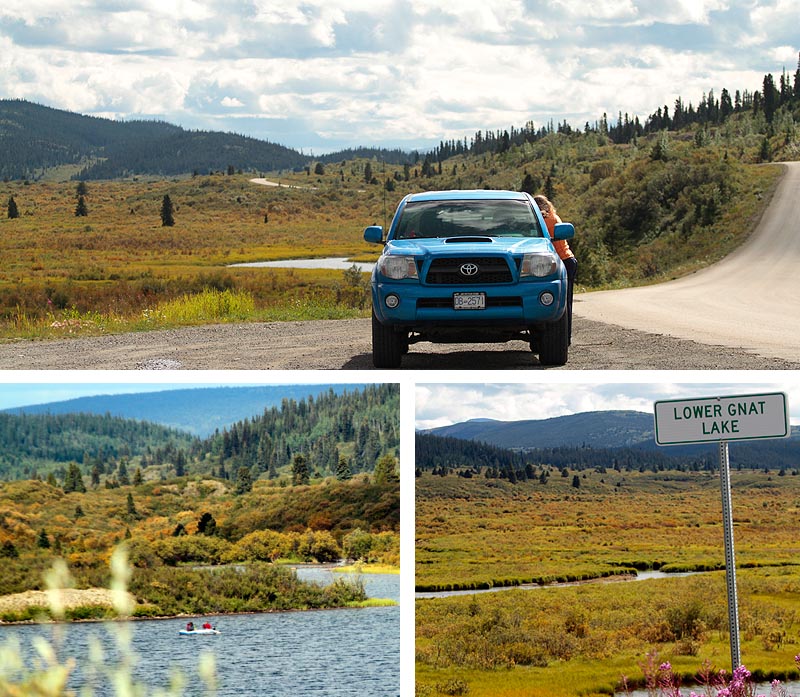 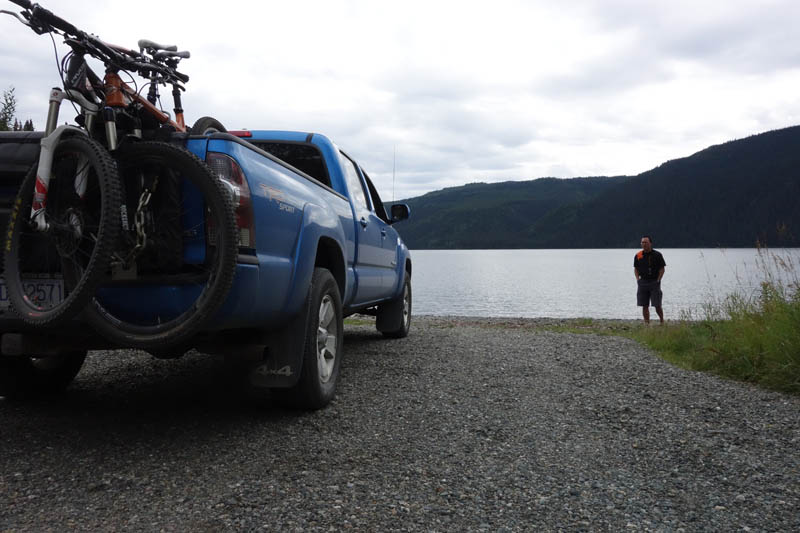 Cassiar is now a ghost town since it existed in support of an Asbestos mine. Now they mine Jade and other minerals that you can purchase here.

At the Alaska Highway we head East and spend the night at Watson Lake which is in the Yukon. This town, like many others along the 1500mile Alaska Highway, is there because of the Highway. 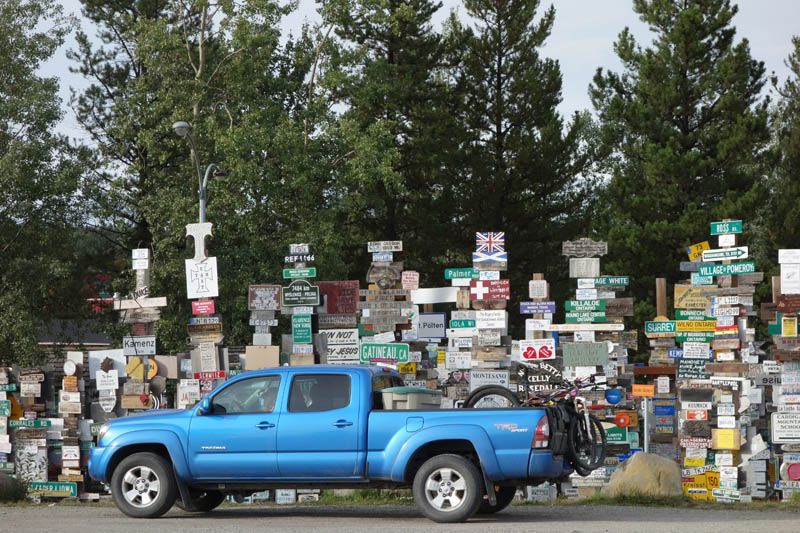 Watson Lake – Sign post corner started in 1942 by an American Soldier who was told to hang out there and direct traffic away from the airport – the only structure that existed there as they built the Alaska Hwy. He put up the post to his town and it grew from there. 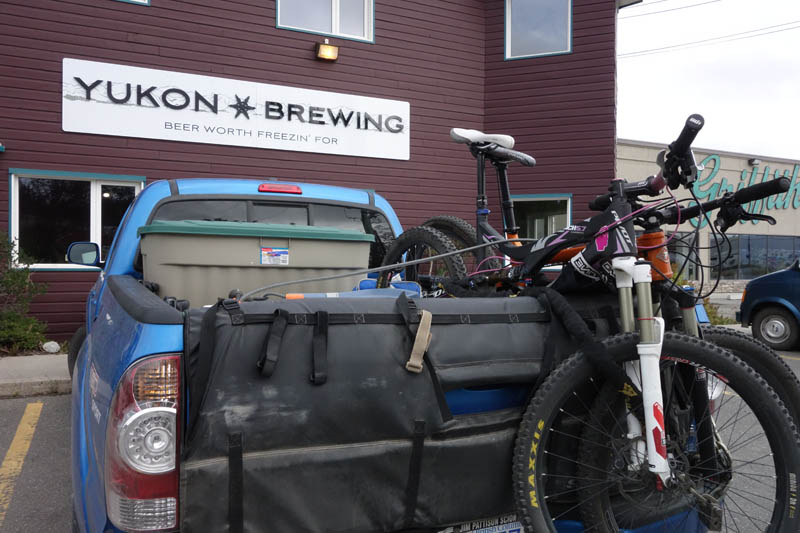 First stop in the Whitehorse, Yukon Territory! Picking up supplies 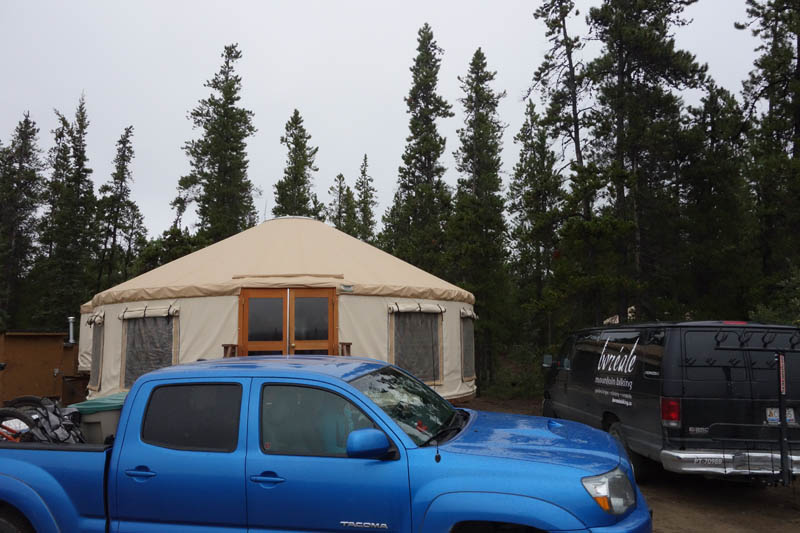 Stopped for some dinner at the Boréale Mountain Biking’s yurts, new things are coming for these guys in 2014! Bigger and better

We spent the night in Whitehorse, then spent the next day driving 590km to the Tombstone Campground Via the Klondike Hwy Yukon  #2, then the Dempster Hwy Yukon #5